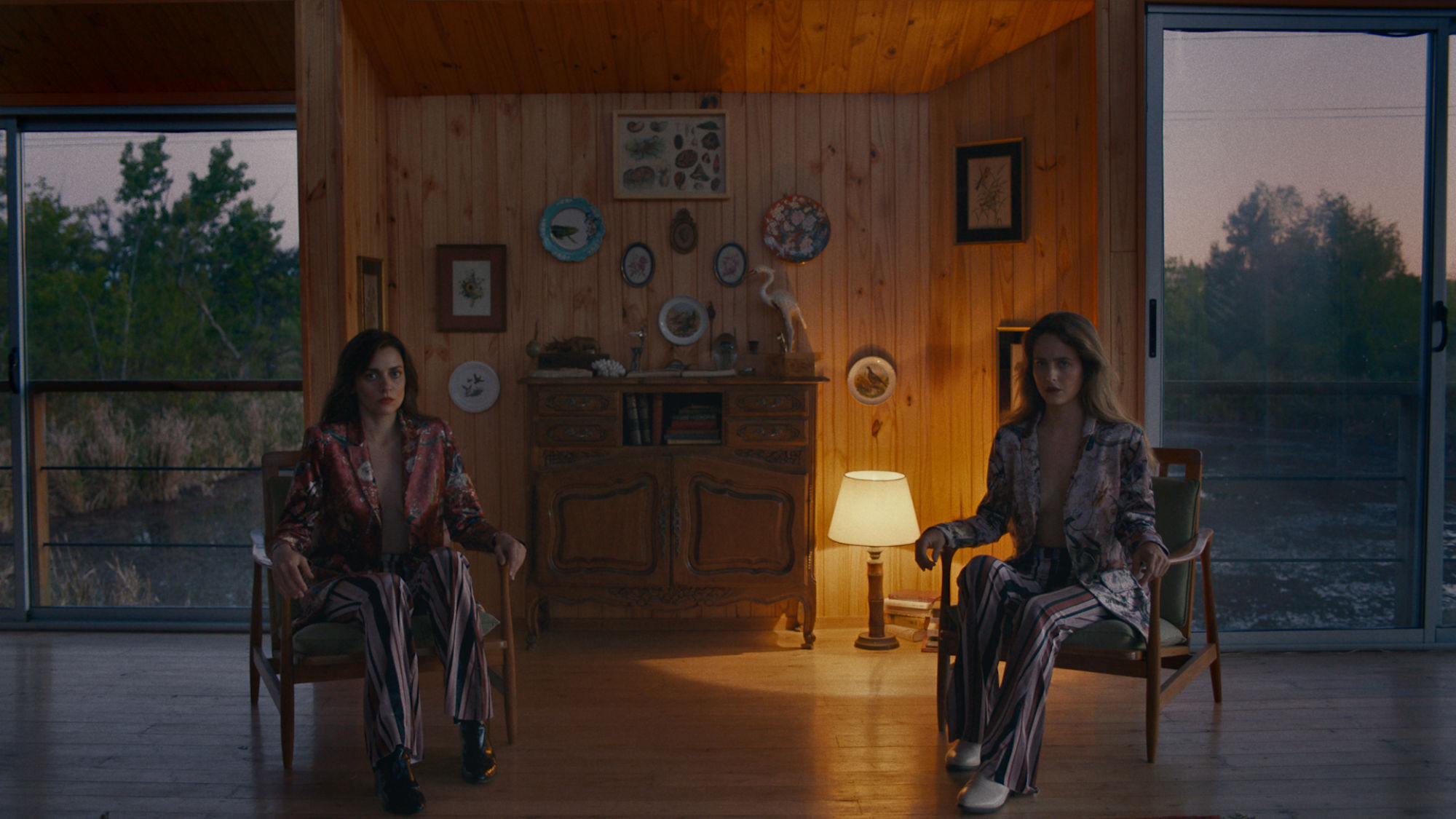 A psychedelic thriller set in a parallel reality, filmmakers Juan Manuel Pinzón, Tata Persico and Paco Gorriz construct a surreal universe in which a pair of women fall under the seductive spell of a mighty serpent in their film for Colombian fashion house MUZALUCI. Tasked to bring the pieces of founder and creative director Silvia Ramirez to vibrant life in a brief which contained “no boundaries, no conditions, no rules”, the trio take us through the joys and pains of working with total creative freedom whilst avoiding the pitfalls of fashion film cliches.

The process of creating a video campaign for MUZALUCI was fascinating from the get-go. Silvia Ramirez (founder and creative director of the brand) gave us the opportunity that every director would love to have; she imposed no boundaries, no conditions, no rules. Therefore, with complete freedom and autonomy the three of us: Juan Manuel Pinzón, Tata Persico and Paco Gorriz dived into MUZALUCI’s surrealist universe together. Silvia´s biggest dream was to create a clothing brand that would invite their customers to dive into a new and unknown world, using printed clothing and patterns.

Even though we all had different styles, ideas and backgrounds, we used that to unite forces and create a story that would share Silvia’s vision in the best possible way and stay away from fashion film stereotypes, where clothes and models look perfect with no negative emotions and everything seems to be coming out of a fairy tale. So inspired by Shamanic healing, psychonautic journeys and the abundant Colombian biodiversity and wilderness, we embarked on this new adventure.

In order to do this, we created a short film divided into chapters, with no chronological continuity and each one of them focusing on a different collection design. We wanted the viewer to submerge into the unknown at his or her own risk and decide whether or not they were ready to open the doors that MUZALUCI had set out for them.

We wrote the script from fade in to fade out together. We had the same creative instincts, and therefore every decision was made together. We believed in each other and if our ideas ever clashed, it was a perfect opportunity to start an exciting and fun debate that ended up always in the discovery of a new path or idea we hadn’t thought of before. Trust and patience were (are) the key.

After many equally exciting and exhausting meetings, we decided that a snake perfectly symbolizes the idea of truth and uncertainty, light and darkness, what is real and at the same time an illusion. Snakes also represent the sexual desire of the bodies to unite in soul and flesh and become one with nature as MUZALUCI suggests: Some people might find themselves being intimidated by these alluring pieces of clothing, others might just timidly stare at them with a repressed kind of curiosity but only the intrepid will break the barriers of traditional clothing and open the doors to inhabit a new skin and discover a new self. In this same spirit, the two women in the short film are caught between the devil and the deep blue sea.

We found ourselves creating a very different form of thriller, one that instead of being opaque and dismal, becomes bright and vivid but equally ominous.

Because the prints already carried a lot of information, we asked Art Director Lucía Lalor to keep a flat, minimalist background in order to let Silvia’s vision manifest with nature taking over civilization. As a result, we found ourselves creating a very different form of thriller, one that instead of being opaque and dismal, becomes bright and vivid but equally ominous. With DOP Santiago Cantillo we chose to shoot on an Arri Amira with a Cooke miniS4/I Cine Lens set of six lenses (18 to 100mm) and an Angenieux 50 to 200 mm Zoom Anamorphic lens. Each chapter’s aspect ratio was chosen according to what we thought would suit each chapter’s conflict/journey better, hence two different types of lenses spherical and anamorphic.

As the name implies (‘muza’ derives from the word museum and ‘aluci’ from hallucination), the brand is a museum of hallucination and we believe this place can be found everywhere and nowhere at the same time. For that reason, we wanted to find a location that no one could particularly recognize or associate with a specific place in the world, and after a three hours boat trip we found the perfect location, a desolate house in one of the many islands alongside the river Delta in Buenos Aires.

However, filming in such a remote place didn’t come without problems: Tomás Medero, our star producer (from Mamá Húngara), told us that as the island was so far from the mainland, we only had one day to get the shooting done. Unfortunately, the storm and strong winds from the nights before had flooded the place entirely. Moreover, the temperature started to rise very quickly, and the intense heat made our actor snake Britney’s temper very unstable, so we had to be extremely cautious in case she went berserk and escaped. Luckily, we didn’t let these setbacks affect our mood or drive to shoot, so we kept the banter alive, put our hands to work and with an immense effort and relentless teamwork we managed to finish filming on time.

It’s always hard to know when a film is ready but it’s even harder when you are given no boundaries or restrictions.

The post-production was also a bit of a hassle. We tested different versions for each chapter. We went through the color grading process but after that, we realized our movie wasn’t finished yet. So, we went back to the edit and also played with different colour pallets and sound layers. Having so much freedom of choice turned out to make the entire process a lot more challenging than we expected; It’s always hard to know when a film is ready but it’s even harder when you are given no boundaries or restrictions, although still very exciting. We used 2D animation to depict the surreal transition that some people undergo whenever closing their eyes, leaving the realm of physical reality and entering an altered state of consciousness. Juan Pomerac, Santiago Lugones and Juan Tarrab, three incredibly talented animation directors from animation and post-production company Chow Juan, helped us make this elusive metaphor real.

Matías Carou, our sound designer agreed on using foley sound to enhance the viewer’s experience in this new reality by creating unpredictable and independent noises, instead of excessive music or simply natural sounds. The entire sound process was like writing a whole new script.

Fortunately, after several attempts, we reached a result that made us all feel very happy and fulfilled.