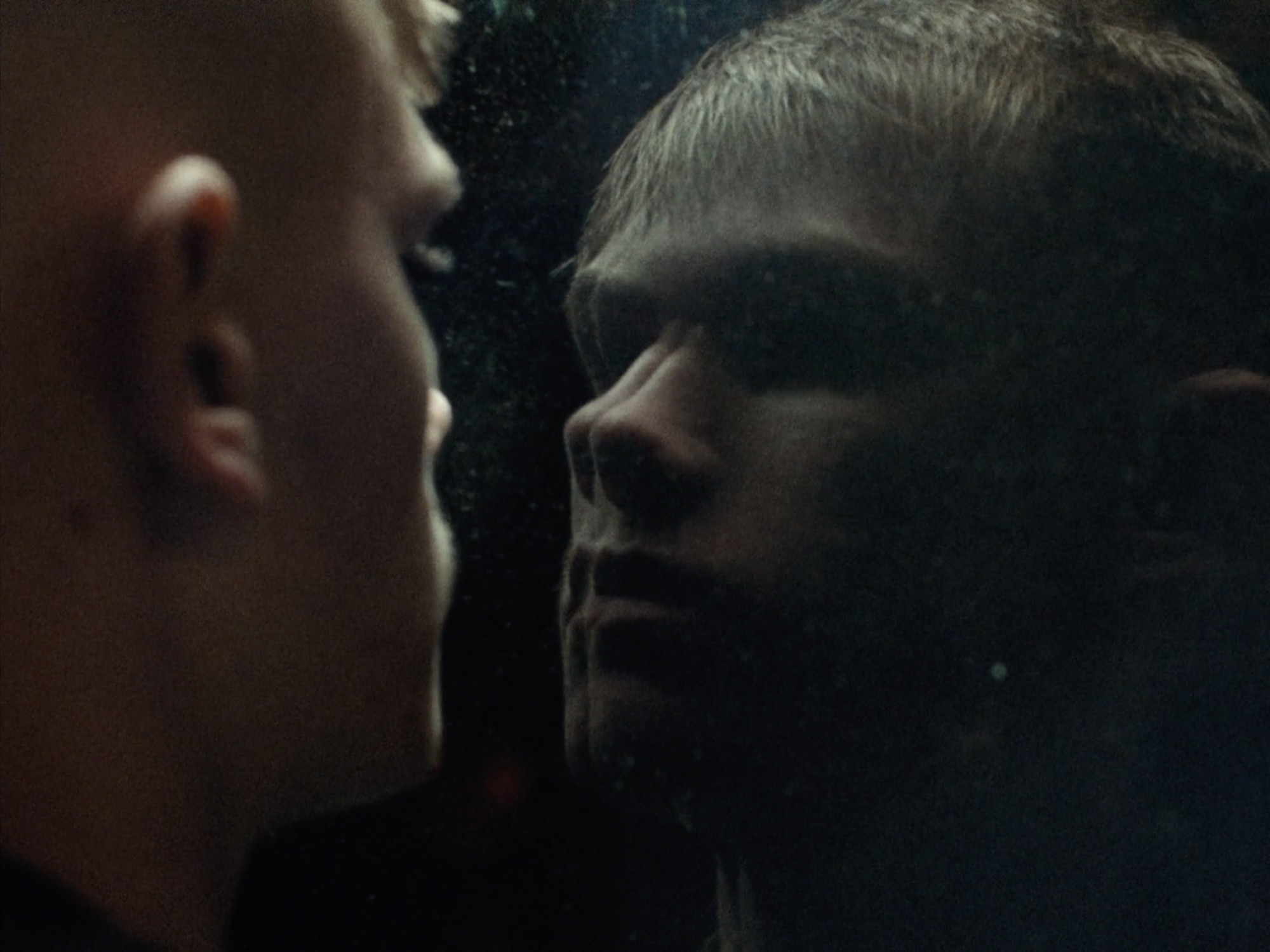 In a time when increasing amounts of people wrap themselves in the flag of nationalism as a shield against perceived invading forces of ‘the other’, “Who are you?” has become a loaded, politicised question with a hair trigger of indignation poised to go off at a moment’s notice. Following the questioning thought process of an Irish adolescent who straddles both sides of the political and religious divide, Union Jake from Luuk Walschot wonders why we can’t instead put our efforts into finding what unites rather than separates us. We asked the Amsterdam-based writer/director to tell us how he found himself in Northern Ireland contemplating the notion of identity.

Union Jake is a short fictional film based on true events in which leading character Jake is questioning his identity in a politically and religiously divided community. He is done fighting and is in search of something which unites us all.

Coming from the Netherlands I knew little about the history of Northern Ireland and the civil war it went through during ‘the troubles’. What triggered me into making this film was seeing a documentary about the 11th Night and Orangemen’s day on the 12th. It intrigued me that in this day and age 100 feet or higher bonfires are lit, often in the middle of a residential area, to celebrate one’s nationality.

Having an advertising background I wanted to make something uncompromising and as brutally real as possible. I wanted to make something which to me felt true. With very little experience working together, Tobias Corba and Hannah Padding from Bandit Amsterdam gave me a budget to work with and total creative freedom to do what I wanted. They took a risk with me for which I’m very grateful.

I wanted to make something uncompromising and as brutally real as possible.

It proved difficult to run the production from Amsterdam so I flew to Belfast ten days prior to the bonfires to find locations and most importantly my leading actor. I started by approaching mixed community centers who are involved in strengthening the relationship between the Catholics and Protestants and who have a core goal of mutual understanding. This was a difficult process and although I received a lot of support it still is a controversial subject matter for a lot of people. 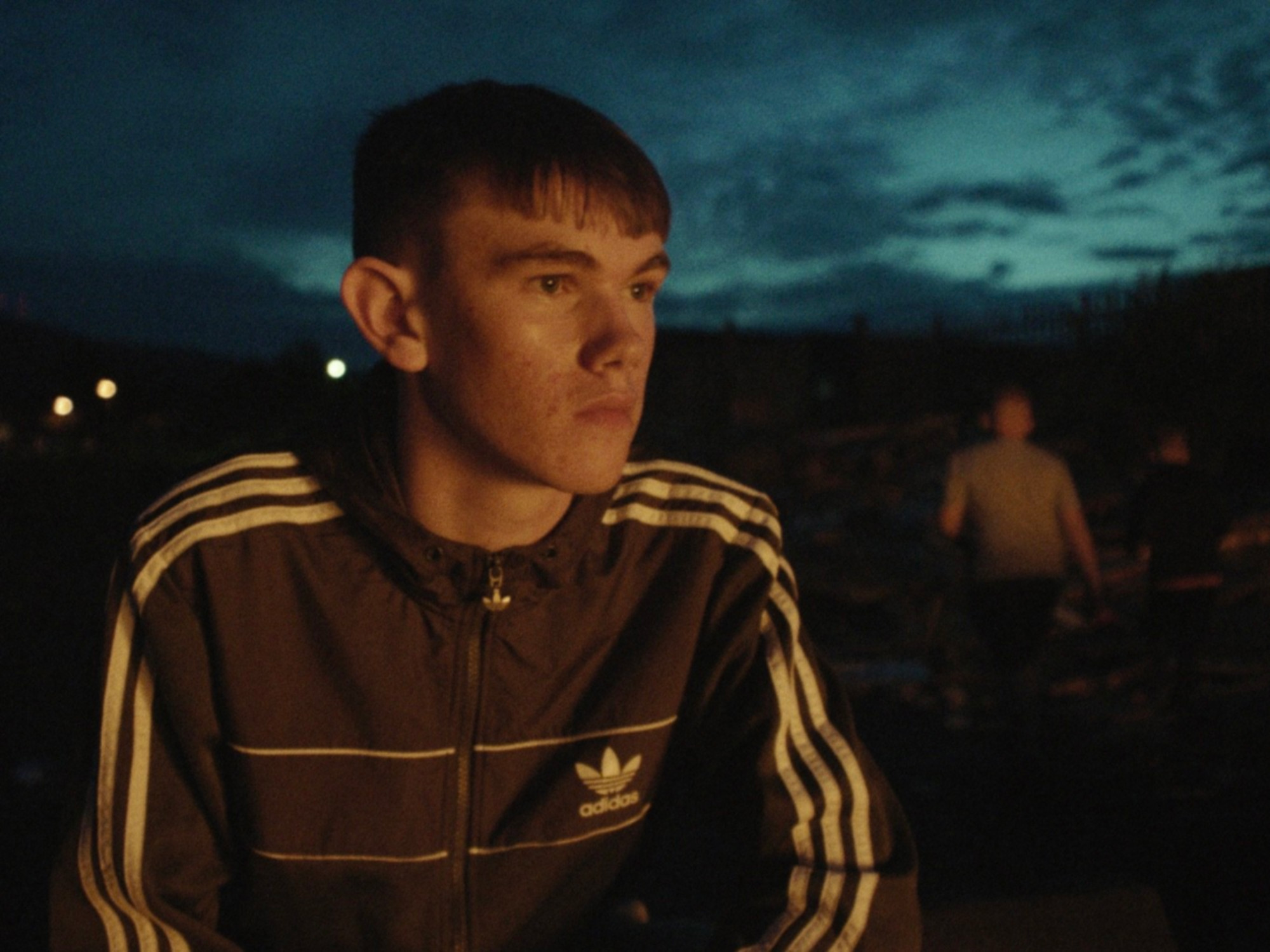 Eventually I found Jack Marshall, a sixteen-year-old boy with parents from both sides. His unique face and powerful energy were perfect for this role. He did a great job and I couldn’t have wished for better. His family was very supportive and they all gave 100 percent.

After a week of research and pre-production the cinematographer flew in and we shot the majority of the film in three days, shooting only during magic hour. The weather in Belfast is mainly crap and summer is no exception 🙂 Sorry to say so. Coming back and looking at the material we were happy but not fully satisfied and decided to go back for another three days of shooting. We met so many great people and saw so many great places that it felt right to push it a bit more. The film grew very organically in this way. It was a great experience.

The cinematography was done by Abel van Dijk. I literally met him a week before my departure and based on his amazing reel and visual approach decided he was the right man for this adventure. Abel is a true artist and has a sensitive yet fearless energy which was perfect for this project. It really helped that we had the same taste in terms of what we find beautiful.

I decided to go for a 4:3 aspect ratio because I wanted the full focus on Jake and his inner struggles and psyche. He feels trapped and experiences a suffocating feeling from which he wants to break free. This framing fitted nicely with this intention I believe. It was important for me that every shot was very pure and stripped from all nonsense so to speak. Although it comes across as a documentary-like approach, everything you see is very staged. In this way, I could achieve the concentrated aggression I was after. We shot with an Arri Amira and a set of Kowa spherical lenses and had the fortune to arrange a nice package deal with Camera Rentals Amsterdam.

Although it comes across as a documentary-like approach everything you see is very staged.

Considering the time and money we had I knew I needed to keep it as simple as possible. Therefore I chose to write a voice-over narration and focussed purely on compelling imagery. I produced the majority myself in the week prior to Abel’s arrival, but we still needed to arrange quite a few things on the days themselves. In this way my full focus was on finding intriguing cast, shooting at beautiful locations and thinking of unique actions.

The music and sound design were done by my buddies Mari Koning and Joshua Petit from Soundsright. I’ve worked with them a lot in the past and although they mostly work for commercial clients, they know how to produce a score with more depth and edge. 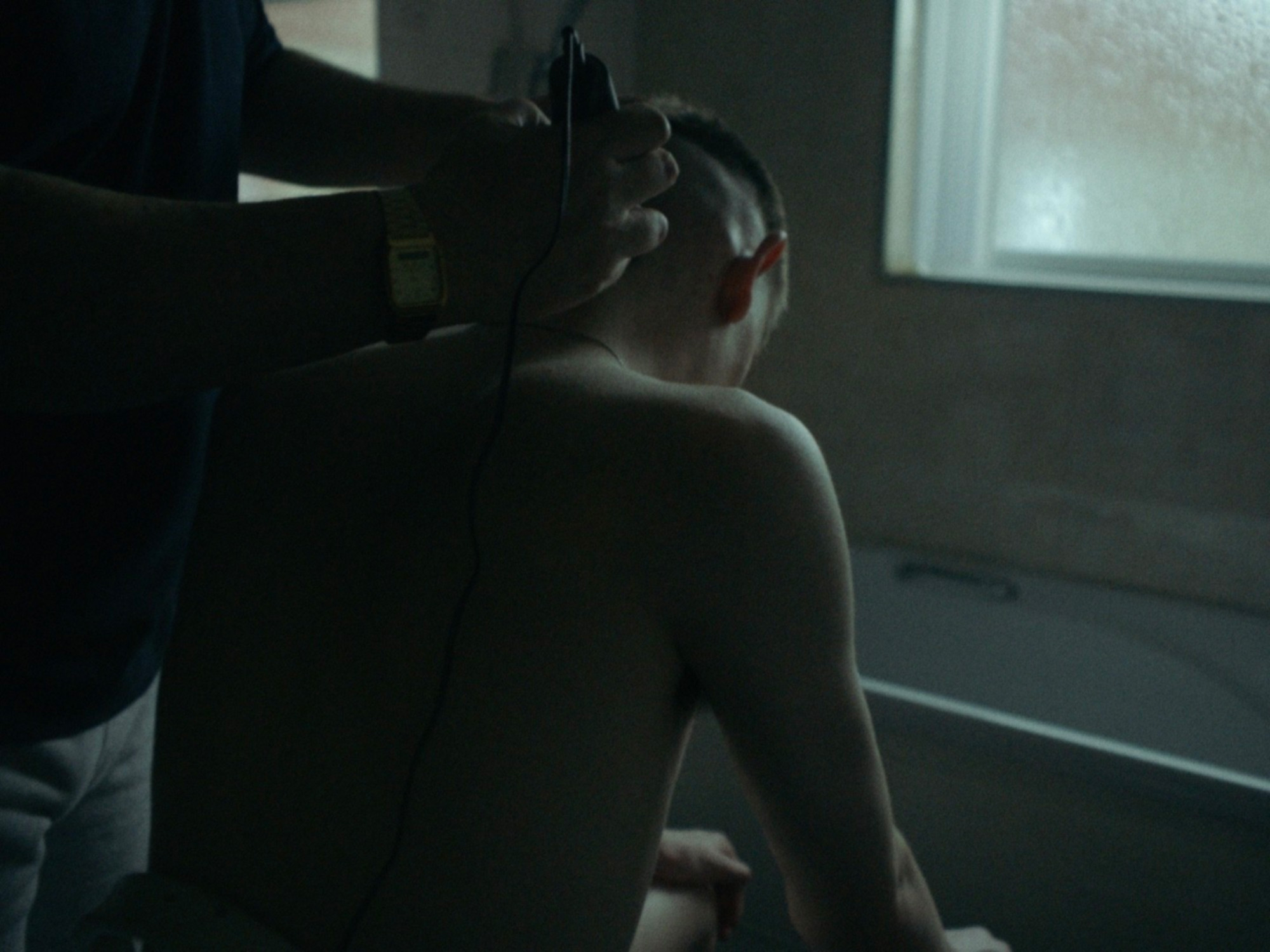 I wanted to go for a spherical score which doesn’t distract you too much but does have a nice build up towards the middle. Besides music, the sound effects play an important role in really feeling you’re there. They did an excellent job in finding the right balance between music, sound effects and voice over. In less than three minutes the viewer is shaken from their feet and softly put on the ground again 🙂

Because we basically storyboarded the whole script on location we didn’t have a lot of choice in the edit. At one point we were so short the script needed a little rewrite. It’s cool to see that you can always adjust and the film will only get better from it. Tobias Corba, the owner/creative director at Bandit is also a gifted editor. He did an amazing job. You make one film in pre-production, one during filming and one in the edit. It’s always a cool process.

It’s cool to see that you can always adjust and the film will only get better from it.

In terms of grading, we wanted to go for an analog look with nice, natural colors and a grainy feel to it. The graphic design was done by my buddy Joran Backx. A super talented guy who instantly understood what I was after. I think we live in very exciting times in which I believe we need to evolve faster in terms of our collective consciousness so to speak. We need to realize that we don’t live in separate nations anymore but in one single country called capitalism. And in this single country, there are far bigger challenges than one’s skin color, religion or sexual preference.

My intention was to tell a very personal story which everyone can relate to but subconsciously feel these bigger themes. Jake is brought up a unionist, but doesn’t really care and wants to look beyond these outer appearances. Although the title refers to the Union Jack and the film takes place in Northern Ireland, it is a very universal story about love. Love for each other and self-love.