Just a few years ago Asal was playing with dolls and being pushed on the playground swings by her father. Now the fourteen-year-old is getting ready to be married to an older man. The Doll shares both her and her family’s perspective ahead of the wedding, casting a fascinating light on Iranian cultural norms. We caught up with director Elahe Esmaili, currently studying a filmmaking Masters at the National Film and Television School in London, to discuss how she gained the family’s trust, her desire to keep an objective perspective, her decision not to show the suitor and funding the movie with her own money.

When did you hear about this story?

Around two years ago. I heard it through one of my relatives. It was so interesting for me because I married early, my sister married early and many of my friends married early. It was always an issue to discuss with people, even with my husband. We were really interested in this story and I asked this relative to connect me with the family.

How did you gain the family’s trust?

It took a long time. I lived with them for a few months. I talked with them about different aspects of the decision. We made this bond. When we were filming they were comfortable with me, just saying what they think. Even if it’s against their brother or sister, they believe what they’re saying. I made this point to convince them that their point of view would be fine. The father himself was the hardest one to make this bond with. But he was fine with what he was saying, he wasn’t ashamed. 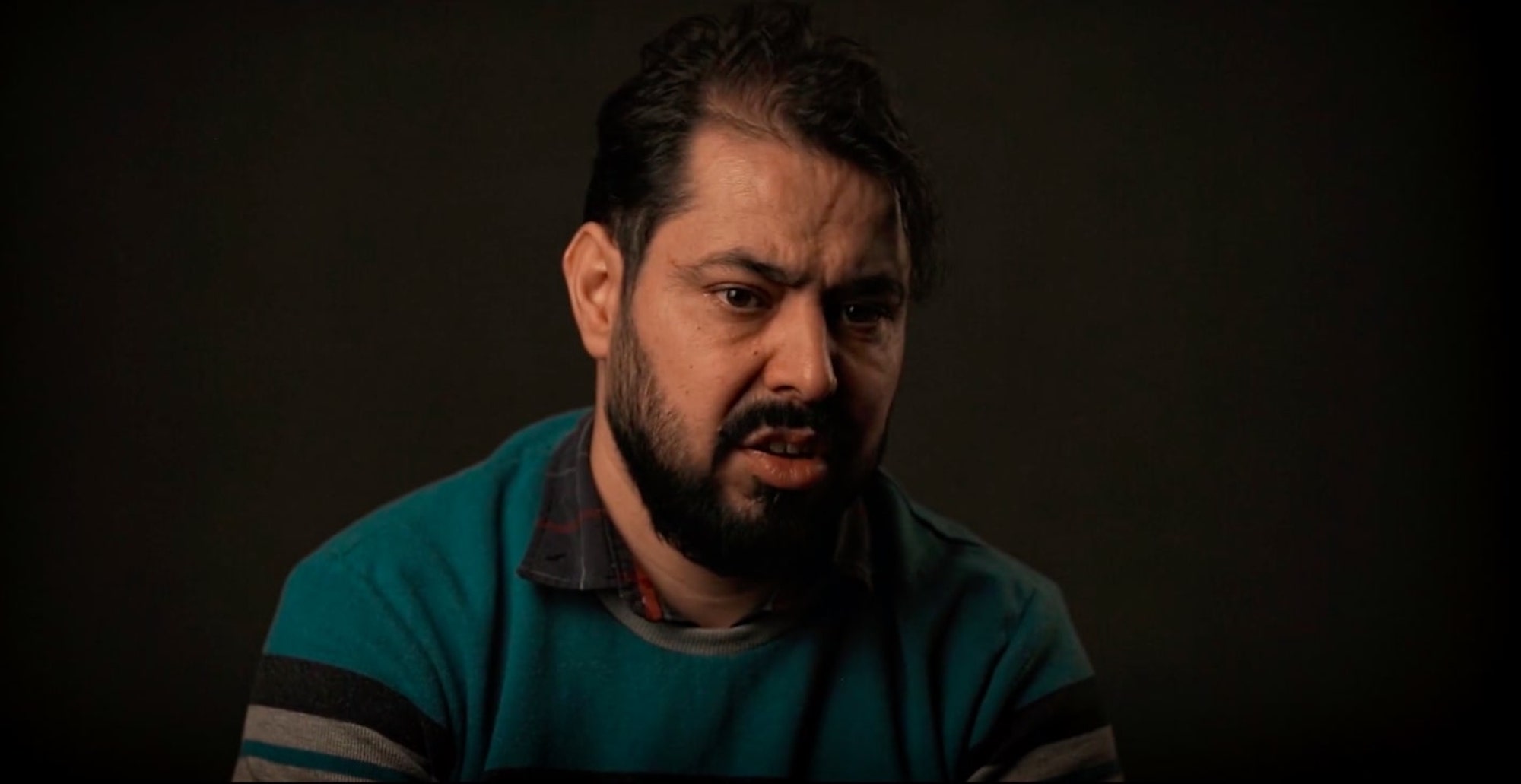 Was it important to keep an objective perspective yourself? Because we don’t learn your perspective as a director…

I wanted to show what I’ve seen and what I have in this situation. I have my own judgements and ideals, but I wanted to give the audience as much information as possible. I wanted to depict this complicated situation so that they can decide what’s going on, what’s good, what’s bad. I wanted to be less judgemental.

What is interesting is that the men and women seem to have quite different opinions about the relationship. Was that interesting to explore?

Yes, that was one of the most interesting things for me. They are a family but they’ve got different opinions. I think that’s like society: people with lots of conflicts and differences. When they clash like this, it would be a very complicated situation.

I wanted to depict this complicated situation so the audience can decide what’s going on.

The editing is very nicely done in the first half of the movie when you cross-cut between people talking. How much footage did you shoot and what was it like to pull it together to create this patchwork of different opinions?

We had more than thirty hours of rushes. I had this synopsis before filming and I updated the synopsis and wrote the whole script after I finished filming. I knew exactly which sequence should have which conversation. I shared that with my editors and we started to find related parts for each sequence. But it was really hard because the whole post-production went online due to COVID. We had lots of meetings via Skype and Zoom and it took a lot of time to become the version that we’re happy with.

One character’s testimony is missing and that is the suitor himself. Was this a conscious filmmaking decision?

It’s a very conscious decision. I went to film him and have this conversation with him, but I found him to be so different to what all these people think. He wasn’t a reliable man like the one they’re presenting in the film. I didn’t want my audience to think: “No, don’t marry this guy.” I wanted to focus on the whole marriage, even if the suitor is the perfect person. I don’t think it’s a missing part of the film because the film is not about him. Even if he was perfect, maybe I wouldn’t add him to the film.

You intersperse footage of the interviews with home footage of Asal being very young and playful. The film even ends with her playing on roller-skates. Was it important to stress that she is a child?

Yes, I wanted to get close to her as the main character of the film, just to see how childlike she is and to avoid judging her through her physicality and appearance now. I wanted to have the feeling of her being this child just a few years ago.

Do you think acting more adult is becoming more acceptable for young girls due to the types of things they see on TikTok, Instagram and the like?

For sure. I think it’s a universal thing. It’s not just about Iranian girls or teen girls, maybe even adult ones. They’re so affected by all these advertisements and social media to be a desirable type and pursue that. I think that’s a bit more important in my country maybe, because of some cultural thing that a girl should be beautiful. But I think the general thing is quite universal.

I wanted to focus on the whole marriage, even if the suitor is the perfect person.

What was it like funding the film? Did you get any support?

I funded it myself with my husband. We used our savings for the film and made it, just the two of us, by ourselves, the whole production and post-production. No support from anyone.

You mentioned before the interview that you’re currently working on a Master’s in London. Are you working on any new films?

I’m currently working on two other ideas. I’m doing this course in directing fiction. And in my projects and other short ideas, I’m going to make it all around women and children’s issues. With the same perspective and concerns, like parent neglect, women’s issues and children’s issues. Even in the future I will stick to these types of issues.