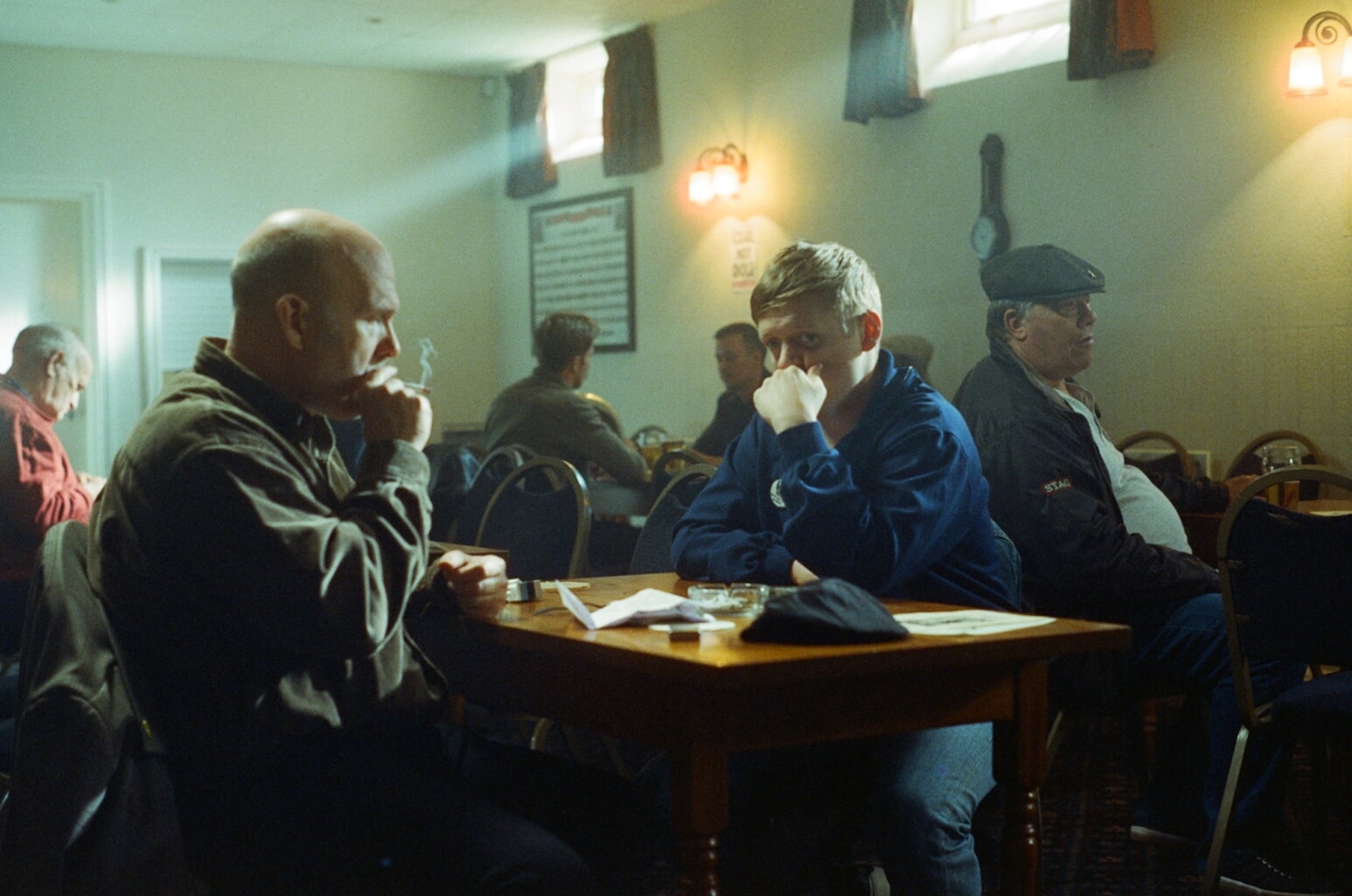 Coal mining lasted for hundreds of centuries until the mid-80s when Margaret Thatcher’s antagonistic policies towards the Northern working class brought it to a virtual standstill. A hugely important part of and turning point in British history, it is still rarely taught in schools. For director Lian Meng Rose, it was an opportunity to tell a different type of period story. Produced as his National Film and Television School graduation film and nominated for a Royal Television Society Award, Stratum Deep stars Thomas Turgoose as you’ve never seen him before while utilising immersive sound design and grainy 16mm cinematographer to excellent effect, bringing a vitality to the period that eschews conventional clichés of the north. Rose joins us here on DN to talk about shooting in a real mine, recording extensive firsthand research interviews and picking up sound on site.

For me the failure of the mining strikes in Yorkshire in the 80s seem to represent the moment where the traditional working class got bottomed out and then the UK became more of a neoliberal, service-based economy. What attracted you to the story?

I was very excited for my graduation film to create something that really reflected Britain. At school, history was my favourite subject. This was an era that was briefly touched upon but never really explored, but I had an innate passion and interest for that time. It’s also because I have a lot of friends and family who were connected to the miners’ strikes. And it’s honestly one of the most important turning points in modern British history: changing what the working class represents, our perception of community and our politics. What was exciting is that we had the opportunity to do our own interpretation of the period film and to do it in a visceral, cinematic way.

It’s honestly one of the most important turning points in modern British history.

How much research did you do into these communities before making the film?

My writer is from South Yorkshire and is very connected to the miners’ strike and everything that happened. So initially, you start from the outward perspective of it through understanding the history and the relationship between unions, industry and politics at the time. What got us really excited was that we actually went up and interviewed a lot of the miners and their families. So even though we were making a student film and only had a pre-production turnaround of about six or seven weeks, I think we did about 120-150 hours worth of interviews. We would go at five or six in the morning to the National Coal Mining Museum to explore the mines. Everyone working in the museum is an ex-miner.

We learned that several thousand men died and weren’t registered. Everyone we talked to said they knew someone who died in a coal mining accident, yet they all said there was no place else that they’d rather die. There weren’t any coal mining accidents that happened on the day of the mine closures in 1985, but we found that it made symbolic and dramatic sense as it got closer to the truth of what many people feel. It felt like there was a real disconnect between the romanticism of the miners and how they really felt. 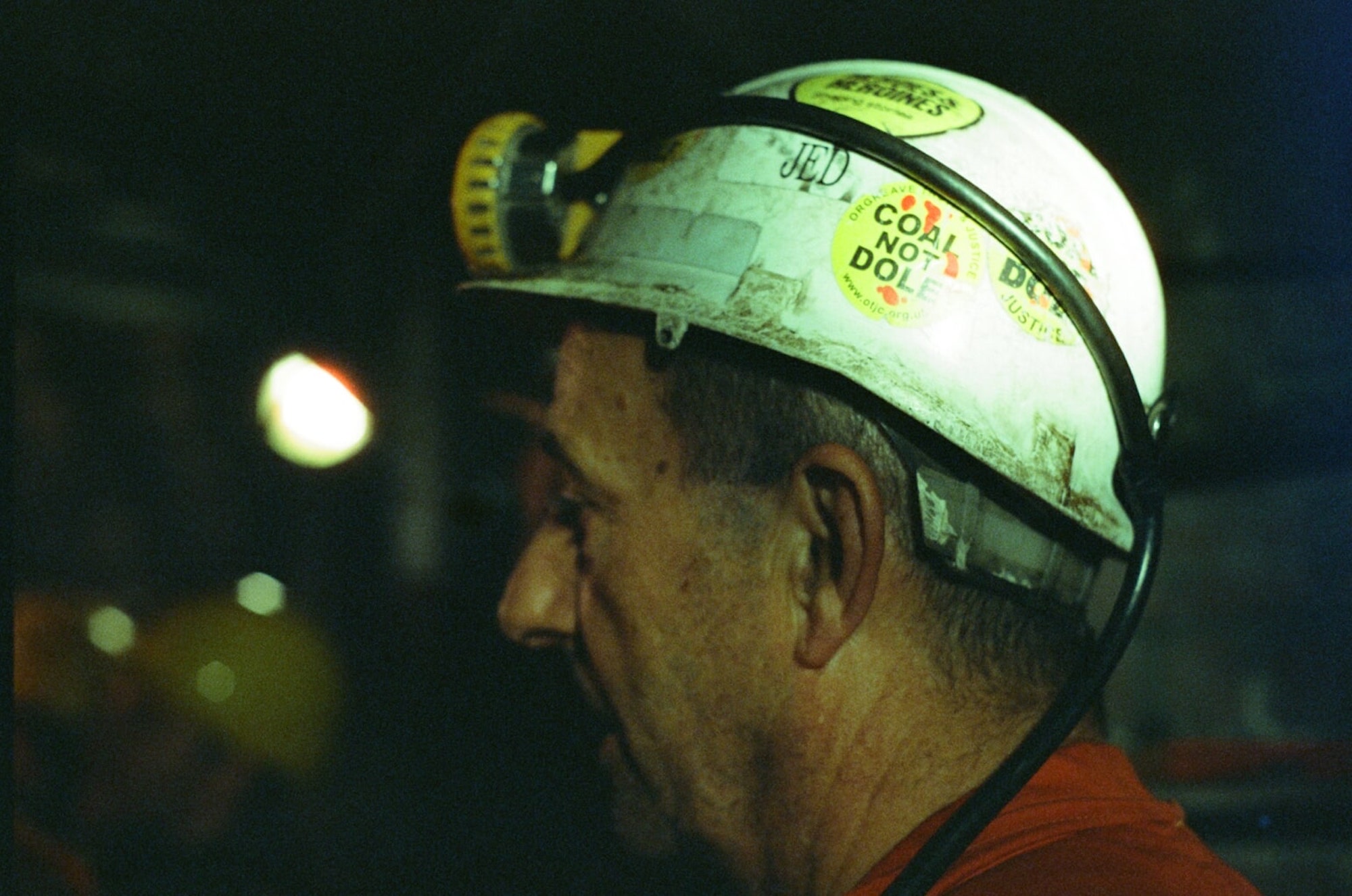 The film opens in a working men’s club which feels very authentic.

It’s called Dodworth Miners Welfare Club and it’s about 10 minutes away from the coal mine. It is still a day-to-day working social club and it is a really important one. Getting those details right, like the types of cigarettes that we rolled to the breathing masks that Robert wears, was all grounded by the research we did as a team. And that first image from the film is a direct reference to two or three key photographs we discovered through the archives.

How often did you check out the mine ahead of shooting down there?

We ended up going down the mine about 13 times before we actually shot it. It’s not your usual museum but an actual mine. That lift is fucking terrifying. It’s a real miner’s lift shaft that barrels down and has no health and safety regulations. The ex-miners end up doing the tour and each one does a slightly different story. And because we went down so many times with them, they ended up letting us do the tour.

What was the technical challenge of filming there?

There were a couple of amazing technical challenges we had. The coal mine was 450 metres below ground, and as it was still an active space, you couldn’t use any batteries. Everything from our lighting, sound recording and camera work and all our radios had to be rethought in a very different way. Thankfully, as we had done the prep on this, it meant we could really anticipate all of the challenges. But as it is a working museum, we could only film between 7 and 9 am, on two days – what you see in 75% of the film is set builds – so we had to be really disciplined with our shots and timings and how we used the miners’ time.

Let’s talk about the sound design, what was it like trying to create the sounds of a mine?

I really love the power of sound as a storytelling device. It’s too often made in an emotional way, there to just fill gaps and keep the audience understanding the emotional beats. It just doesn’t allow the audience the trust that they deserve. I think Chris, our sound designer, was very much on the same page. We had a really great dialogue between the location sound recording and the sound designers themselves, and we went regularly as a team to go and record sounds within the actual mine itself.

That first image from the film is a direct reference to two or three key photographs that we discovered through the archives.

We’ve seen in films such as Rene Pannevis’ Jacked that Thomas Turgoose is an actor who continues to embrace short form filmmaking. How did he come on board and what did his involvement bring to the project?

We were really lucky and fortunate not only in how receptive Tommo was to the script as well as supporting short films but also we were really fortunate to have an amazing casting director on board (Xanthe Spencer-Davidson) who helped us make it happen without any of the casting horror stories. Through the combination of amazing communication and care from Xanthe, spending time working closely with her for months, it was immediate how on the same page we were with the casting of Tommo and Barry Aird and how they were ideal for the sensibility of the film.

They were both our dream actors for Stratum Deep and the genuine number one choices for us. Tommo and Barry jumped on board the idea of going down the mines, meeting and learning the stories from the miners and most importantly, gave everything in the camaraderie of the crew and I couldn’t be more grateful for their complete dedication, humour and grace!

I’m writing and developing my first couple of feature films with public production companies. I’m also in the middle of co-creating my first TV show with my creative partner Rebecca King. I’m also doing my first commission at the moment with Channel Four which is about the Southeast Asian community in Britain. I’m also setting up a film practice with Rebecca and we’re focused on getting some amazing creatives around that.