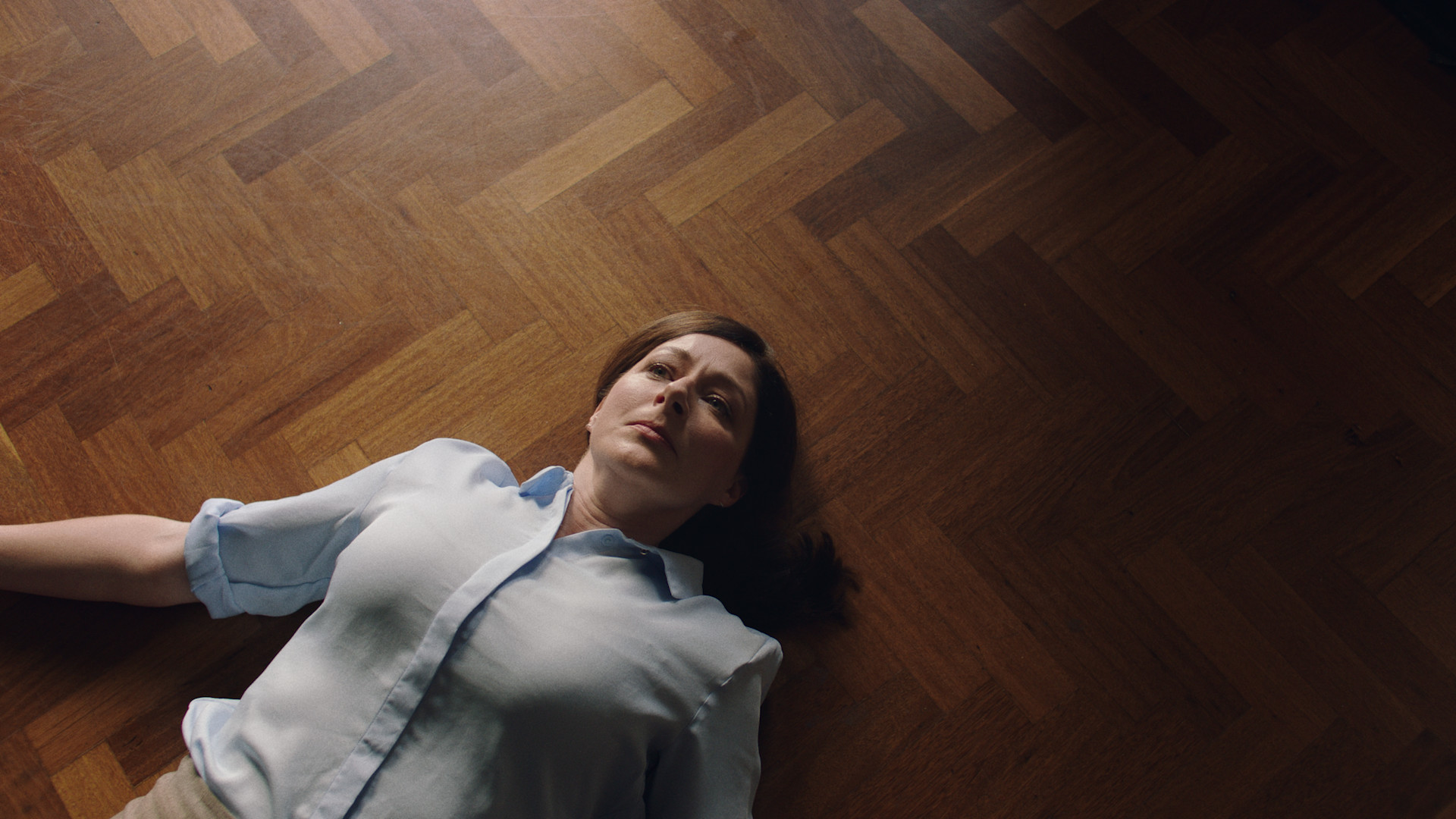 Robin Summons’ Occupation is a short film which explores the effects of domestic violence in unconventional ways. It follows a group therapist who spends her sessions listening to the motivations of abusers. Whilst this sounds fairly straightforward, it’s the way Summons deftly embraces the technicality of the form which elevates Occupation into thought-provoking territory. The group sequences are shot in a slow circular fashion, focusing on each of the faces of these men as they exclaim, in a variety of ways both loud and subtle, before landing back on the therapist as she takes on their words. We then witness as she proceeds to be unable to leave her workplace through a series of still, observant shots. This is where Summons offers the audience the space to question her motivations and make their way towards an empathetic understanding of abuse victims. DN is delighted to premiere Occupation on our pages today and have Summons join us in conversation to discuss the in-depth research and cautious care surrounding representation that went into creating his remarkable short.

Occupation touches upon some very sensitive topics surrounding domestic violence and the treatment of women, how did you develop it into a script?

The film started with an image. On a long drive, the image of a professional woman being screamed at by a circle of men came to me. I didn’t understand it, but it was compelling. I quickly jotted it down. It seemed a little too wild to fit anywhere in the feature screenplays I was working on, but I knew I had to use it.

For years I’d been considering how to make a film about domestic violence. The rates of abuse in Australia are alarming. But I couldn’t find an approach that didn’t feel worn out. I realised that this could be a film that explored themes around abuse in more of an allegorical mode. To use the old filmmaking cliche, I thought it would be more interesting to make a film that raised questions rather than provided answers.

When tackling a topic as traumatic and potentially triggering as this, how important was the research phase into these issues?

Clara’s behaviour is motivated by research around emotional abuse. I took on much of the research from a 2018 Australian Institute of Health and Welfare report as I was researching in 2019. In particular, that almost 1/4 of Australian women encounter emotional abuse, violence usually takes place in the home and violence often leads to homelessness. The statistics have only grown more alarming since lockdowns in the COVID-19 Pandemic.

I realised that this could be a film that explored themes around abuse in more of an allegorical mode.

I took this research to a kind of surreal extreme, in which our protagonist feels unable to leave her workplace-cum-home due to the emotional abuse she is paid to endure from her male clients. I want the audience to question why Clara endures such abuse and feels unable to leave the building in which it occurs. ‘Why doesn’t she just leave?’ is a judgemental question often hurled at women in abusive relationships and an interesting question to interrogate. From all accounts, it’s not that simple.

I came across many reasons why people who are in abusive relationships find it difficult to leave including but not limited to damaged self-worth, distorted thoughts, fear, desire to help, financial constraints, isolation and hope that the abuser will change. I don’t expect the above reasons to be clearly interpreted by our audience in the film, but I do hope they will lend a sense of truth to a somewhat surreal piece.

What precautions did you take to make sure you applied the research you did in a fair manner on screen?

Once we’d developed the script to a point where it was ready to share, we consulted psychologists who have experience dealing with emotional abuse and a media advisor from an expert body addressing violence against women. The feedback from all parties was that these issues need to be brought to the forefront and discussed. We were also told the film felt true to the impact domestic violence has not only on the individual, but the experiences of people working to provide services within a setting of violence.

Being a cisgender, straight man I was very aware of the fact that I’m in the broad demographic most likely to perpetrate these kinds of abuse against women. I ensured my creative team on set were all women and did my best to allow Tanya to guide me on what felt true to her throughout the process, in an attempt to balance the inherent biases and lack of experience with these issues I’m bound to have.

Going back to the triggering aspect it is a very interesting question. For the ‘Incel’ related film I’m in post on currently, I had similar ethical questions about whether the story should exist at all due to my fear of platforming a violent extremist group. However experts like Laura Bates say we can’t ignore these horrible forms of misogyny, we need to discuss them and deal with them as a society.

What made you cast Tanya Schneider as your focal character? And also, what were you looking for when casting the men that feature in the circle sequences?

After a lengthy casting process we were lucky enough to come across Tanya Schneider. Tanya embraced her character’s position and worldview, an act of bravery in my view. The film presented many technical challenges for her which she really took on. There were several long unbroken takes in this film. We had the extended roller blading sequence, but most astounding to me was her ability to deliver a great performance at the end of each of the 360 degree takes around the circle of screaming men.

I thought it would be more interesting to make a film that raised questions rather than provided answers.

When casting our men we wanted to ensure we got a range of faces and performances. My research demonstrated that abusers are not limited to the stereotypical working class white guys we often see in film. Similarly, men do not only scream abuse. We ensured we included actors who could deliver more subtle forms of abuse that can be just as pernicious. I couldn’t have been happier with the long take we ended up using as the first shot in the film.

Those bookending rotating shots really cement the feeling of her being locked within this cycle of abuse, how difficult were they to achieve?

By far the most technically challenging aspect of the film were the circular shots that closed and opened the film. I had anticipated using a circular track but our brilliant and very experienced grip suggested using a remote arm off a dolly. It was incredibly sophisticated for me, usually I make films that are more naturalistic in terms of camera. But I was hooked on this shot and the thrill of pulling it off and getting all the performances in the take was pretty fun. I’m glad to have had the opportunity to use some big gear and feel it was right for the story, but in upcoming projects I’m returning to more simple and less showy filmmaking. It’s great to test out as many kinds of filmmaking as you can when you’re learning. 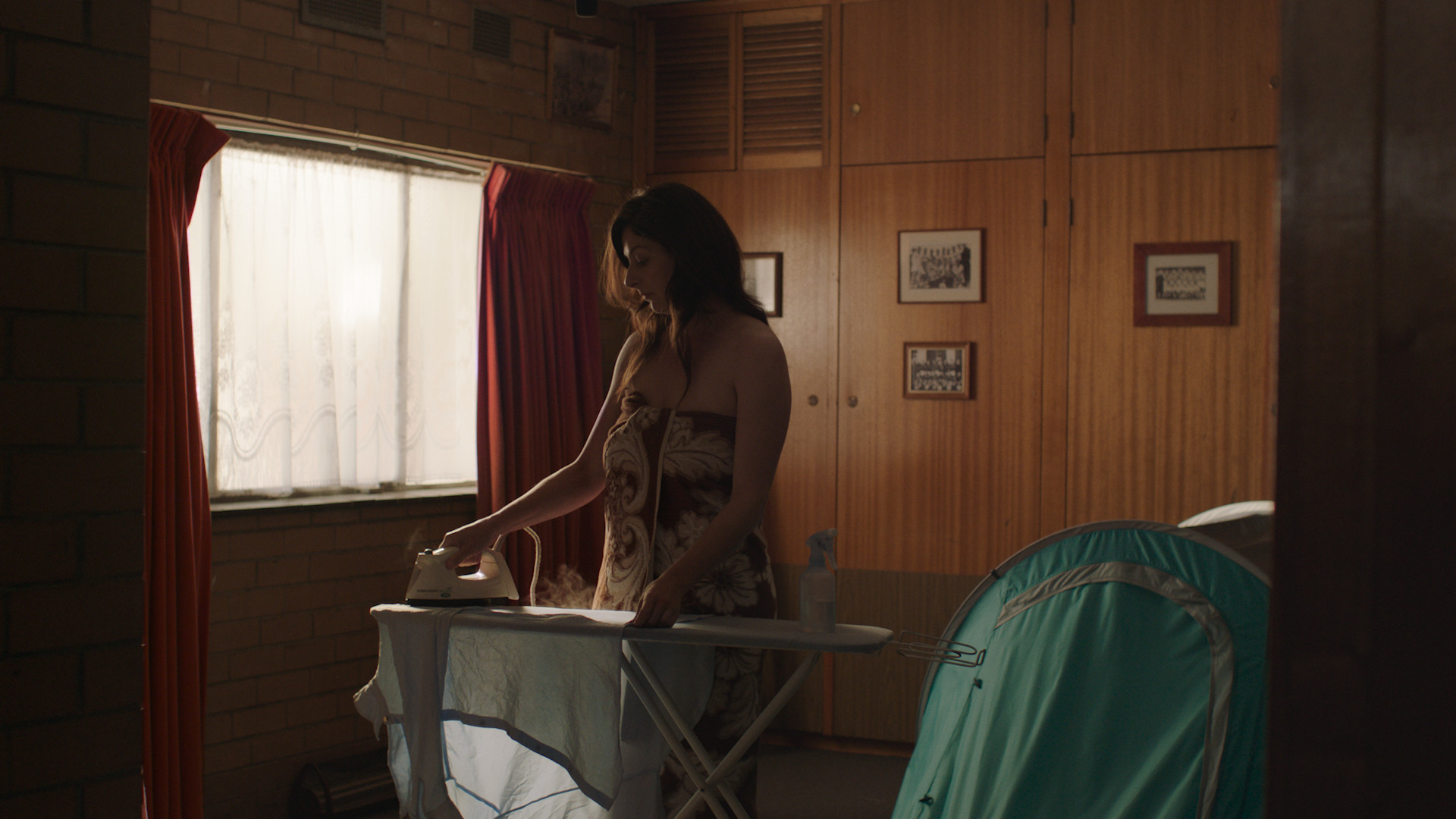 Outside of the circular therapy shots, how much planning went into the other shots of Clara? What were you looking to explore with those moments?

We photo-boarded all the shots in the film on location in pre-production. As all of the shots outside of the therapy scenes involved one actor, we figured we wouldn’t be need to pivot and change our approach much on the day, as you generally need to do when trying to allow multiple actors to relate to each other in a way that feels natural to them. Of course we did change shots a little, and threw some shots out and re-thought them as we went. On the day we moved with speed, squeezing in plenty of set-ups into two days. The roller-blading shot also took some planning, namely getting the timing and amount of circles worked out to have the right feeling but also to have the fall happen close to camera.

We had a decent plan here then let it rip and did five or so takes on the day. We were shooting digital so could have used more of a trial and error method here, but I was aware that Tanya was bravely performing her own stunt on camera, so wanted to limit the takes. In terms of what we were trying to explore with this rollerblading scene and the scenes of her living at her workplace, I know what they mean to me but would prefer the audience to make up their own minds here.

What have you learned in making Occupation that you’ll take forward into future projects?

I guess I’ve tried to do something different with each short in an attempt to test out my voice and work out what kind of filmmaker I am. I’ve always been inspired by directors like Rolf De Heer and Steven Soderbergh who make a wide variety of films as opposed to having a very distinctive authorial voice that spans across all their films. Whilst I’m pleased I made a different kind of film here, Occupation has helped me realise I’m interested in returning to a more traditional form of filmmaking for my upcoming projects. Sometimes it doesn’t get much better than two actors in a room together. Call me old fashioned. 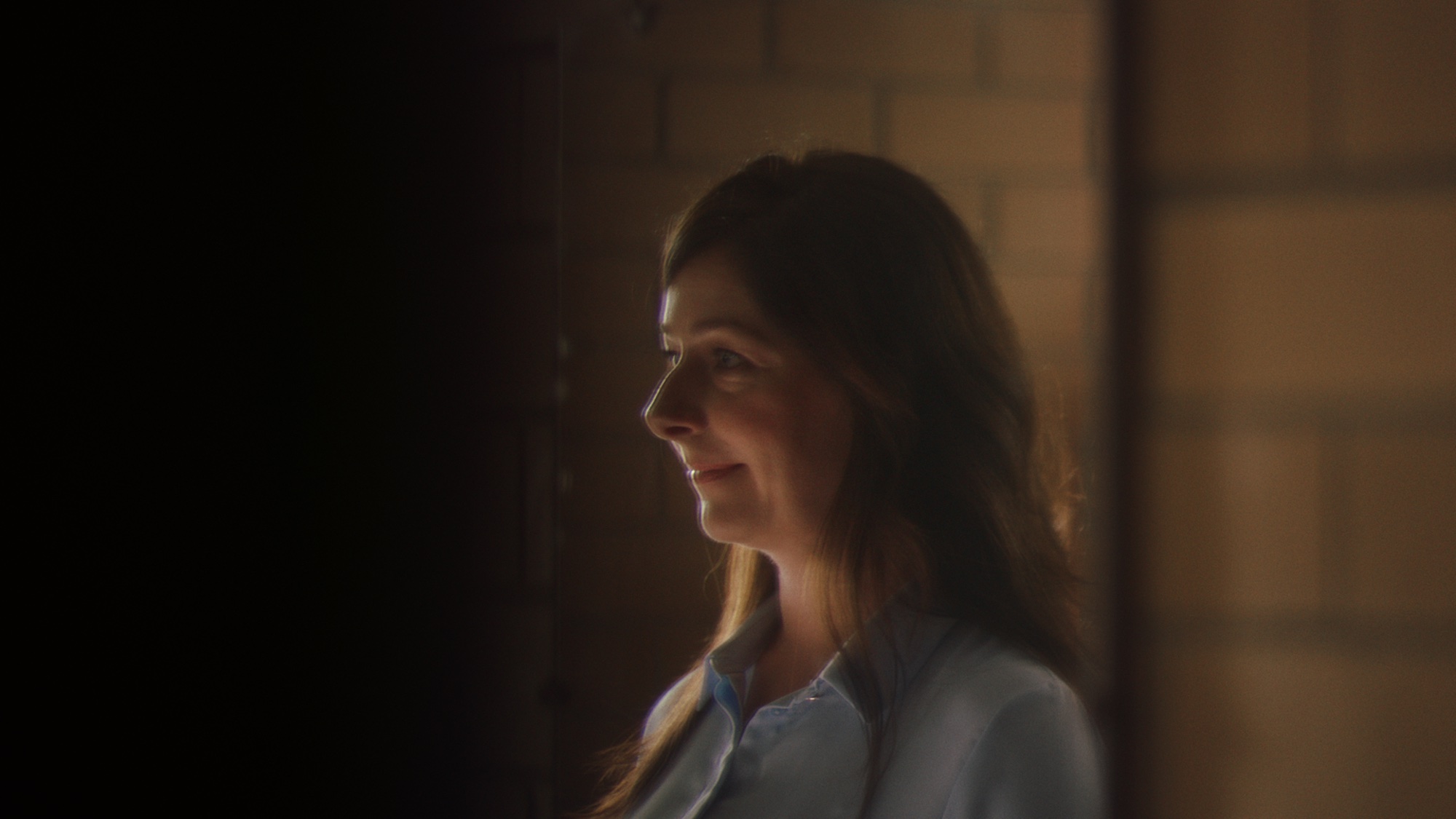 Speaking of which, what is your next project?

I spend more time writing features than directing shorts, but, like I mentioned earlier, I do have an upcoming short called Victim we’re kind of in post on currently. It’s about the mother of an incel coming to terms with her son being a terrorist. It stars a brilliant Australian actor called Kat Stewart. We’re just having trouble shooting the final shots of the film due to Covid restrictions so fingers crossed we can soon!