When it rains, it pours. That’s the brief summation of what Fraser Scott conveys in his short drama Fart Car which chronicles the evening of a young man’s first kiss and the aftermath of unexpected emotional turbulence he faces. It’s a succinct tale of emotional whiplash and it’s performed captivatingly by young actor Michael Ahomka-Lindsay who takes Scott’s words, which he drew from a selection of monologues he’d written for a theatre piece, and brings them into the cinematic form. Scott smartly utilises his visual language to evoke his character’s trauma yet as he does so, never fully removes a sense of hope from his narrative. DN spoke with Scott for a spoiler-free chat as Fart Car continues its festival run to ask him about the personal reactions the film has garnered, working with Michael to achieve his charismatic yet tender performance, and how he practically achieved its pertinent final sequence.

What was the jumping off point for you when deciding to make Fart Car?

So, we shot the film at Christmas time in 2020. I was feeling quite frustrated with inactivity, so I just wanted to throw something together and make something really quickly. I had a selection of monologues that I’d written for a theatre thing, and the one about this character telling us about his dad’s death and this romantic experience felt really cinematic and like the exact scale of project we could achieve in a couple of weeks. I adapted the monologue into a screenplay and set about finding a team to make it happen.

Who did you look to source first? What were you looking for in your crew members?

I needed a DP who could work with that run-and-gun approach and just move quickly, and Sean McDonald was recommended to me, and he was great. His insight and approach to shooting were so beneficial to the film, and he really lifted the story to that cinematic level. We’re working on something else together right now actually, so I’m really excited to work with him again. 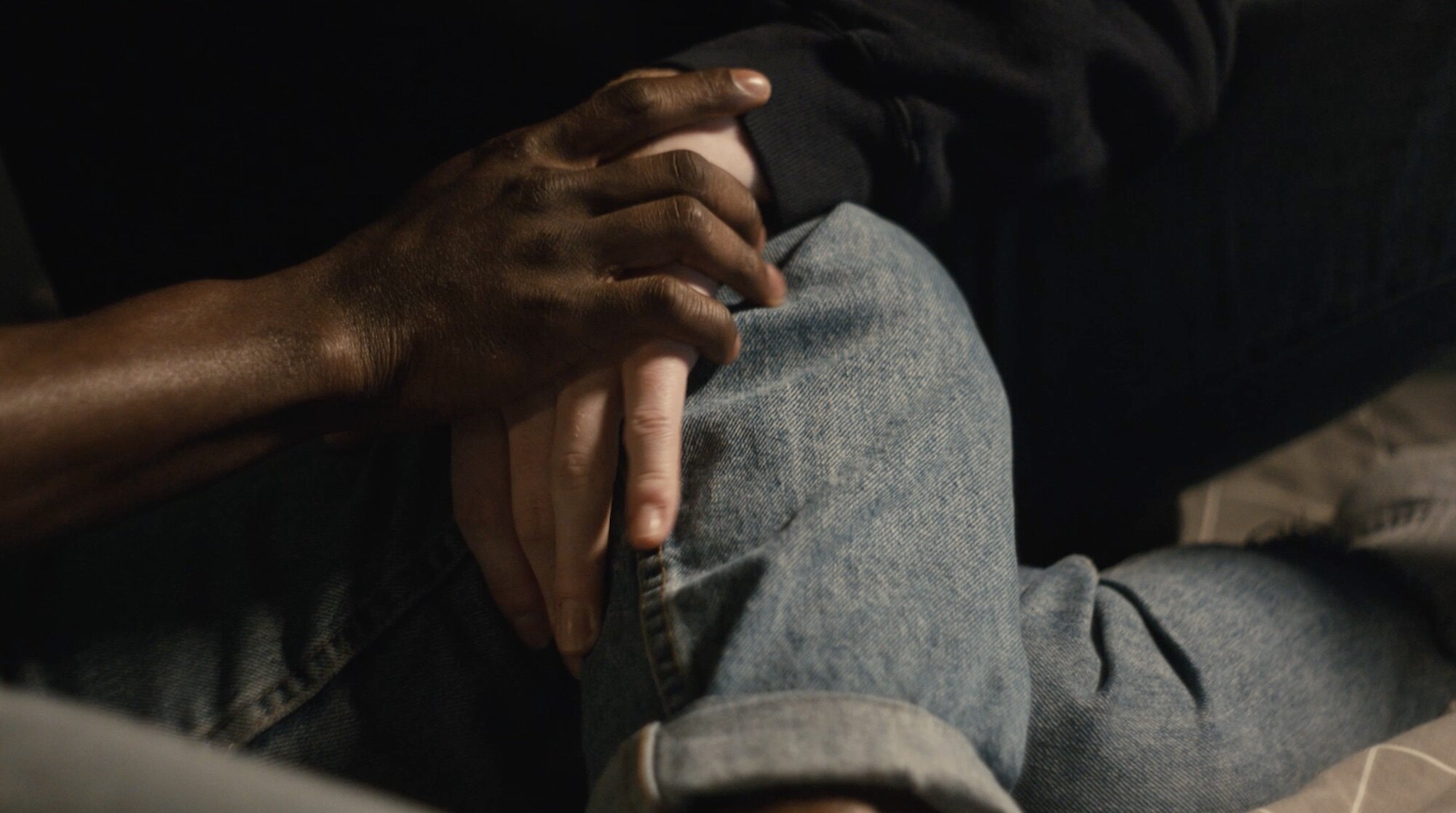 And how about Michael? Had you always thought about casting him as your lead?

I’d kinda had Michael in mind as I adapted the story, he’s an actor I went to uni in Glasgow with and I’d worked with him during a workshop very briefly but he’s just so good. He was really into the script, and again like, just brought it to a whole new level. Because of the nature of the script, it really is hooked on that performance and he just knocked it out of the park. Those creative conversations on-set with folk are just golden, and it’s really important to me that the whole team feels like they can engage in that chat, especially for something that we threw together as quickly as this.

Because of the nature of the script, it really is hooked on that performance and he just knocked it out of the park.

There are a number of locations both exterior and interior, how long did it all take to shoot?

We shot the film over one winter day in my old family house with a tiny crew and my partner, who was responsible for holding the hose over Michael’s head for those rain scenes. That was fun, I mean it was December and we were pouring freezing water on the guy, but it looked great!

The film as a whole has a great look to it too. What did you shoot on and, without getting into spoilers, how did you find the challenge of editing that final sequence?

We shot on an Alexa, and it was cut by a friend of mine with who I also went to uni with. Joe Helm is my go-to guy for cutting; he worked on my graduation film and he’s just very good at what he does. For me, the most important part of the cut was that final sequence where he sees the car, and playing with what’s real or in his head, and making sure we were really with him as this anger built up. That flashing red on his face was all over my mood boards so I really wanted to make sure we got that in too!

It’s obviously a film dealing with some strong sensitive issues. Do you feel like it’s resonated with audiences so far?

I’m really glad the film has struck a chord with folk, I think we’ve managed to pack quite a lot in eight minutes, thematically, so I hope there’s sort of something for everyone. Especially with the amount of loss we’re all experiencing right now, like we all deal with that so differently but I think it’s just really important not to lose that little bit of light. That’s what the film is really about I think. Hope.

How did you work with Michael on crafting his performance in Fart Car?

Michael brought so much to the role just with who he is and how he works as an actor. A lot of the work we did was just chatting about the character, and crucially why he was telling this story and who he was telling it to. I think when we don’t want to linger on stuff or deal with stuff, we have a really good habit of going on tangents or changing the subject and that was something we really wanted to get across in the performance. That idea of keeping your feelings covered up until that moment where it just flicks a switch and you have to let it all out.

I think it’s just really important not to lose that little bit of light. That’s what the film is really about I think. Hope.

Given the personal nature of the film, have you had any specific reactions from audience members?

I’ve had a few people say how comforting they found the film; emotional but in a touching way. I think that’s definitely the best reaction I could hope for. You can definitely become a bit numb to the impact of your own work after spending so long on it, so it’s really great when an audience has some reaction to it to sort of reminds you why you make stuff.

Going back to something you said earlier, you mentioned about the flashing red image being on your mood board, what other images/ideas did you have on there when prepping?

A lot of my ideas come from visuals, so that flashing light in the darkness was definitely a strong jumping off point as a sort of repeated visual idea. Rain was the other thing I wanted to have as a constant motif; whether literal rain or like in the shower for example. There are a couple of pieces of work that manage to show up in all my moodboards these days; usually Euphoria and Xavier Dolan’s Mommy tend to get an image or two. I like making work that has a little bit of theatricality to it as well; especially when it’s a direct-to-camera style thing, I really enjoy leaning into that form whilst still trying to make something cinematic.

And to end, what’re you working on next?

I’ve got two shorts currently being cut; one is really rooted in where I’m from in working class west coast Scotland and is about this wee guy that has severe anxiety and finds this obsessive draw to tap dancing. It’s actually a spec short for a feature script I have so I’m really excited to finish that and get it out into the world. The other film is a monologue-style short about sexual assault and club culture written by my partner; I wanted to make something quite reactionary to that issue now that clubs and stuff are re-opening, and I think we’re just gonna put that out on social media and see what happens!