There’s always something strangely alluring about crime stories set in the Deep South of North America. Perhaps it’s the notion of these small communities fostered in vast, isolated locations or perhaps it’s the sweltering heat combined with the rural temperament of quiet, everyday life. Either way, Director Liam Tangum captures its essence in his latest short Toomsboro, named after the Georgian small-town in which it’s set. Tangum’s story concerns two young local brothers who happen to stumble upon a pot of money and debate between themselves the best way to use it. Tangum’s use of the Deep South bleeds into his characters’ motives too who talk of using the cash as a means to escape what feels like an ineluctable future. DN is proud to premiere Toomsboro on our pages today and spoke with Tangum about his discovery of the titular town, the process of character creation through improvisation, and how he used anamorphic lenses to capture the beautiful landscapes of Georgia.

Toomsboro feels like a film rooted in small-town life, where did it begin for you?

I was born and raised in Georgia and growing up there I always found the state to be gorgeous in its own way. Entering my senior year at Chapman University I knew I wanted to direct a film somewhere in the South. I began working on this film a year earlier with the amazingly talented Writer Paolo Wolfsdorf. We had both always been fascinated by films like No Country for Old Men, Stand by Me, and Place Beyond the Pines. We loved the sense of awe these films captured whilst containing gripping stories of morality as well.

We always wanted to portray two sides to small-town living, those who stay, and those who leave.

What do you think a place like Georgia offers stories like that and how did you come to decide on which part of Georgia to shoot in?

While working on the script we always knew we wanted to film in Georgia. The vibrant greens and harsh red clay colours in the Deep South were simply too unique to pass up on. In the process of searching for locations to film in, we ended up getting in contact with the mayor of Irwinton in Georgia named Roger Bacon, who also makes an appearance in the film as well! Mayor Bacon was of huge assistance in connecting us with various locations including the town in which much of the film is shot in, Toomsboro. The summer before we shot we traveled there on a location scout and fell in love with that area. About two hours south of Atlanta, we knew this was the heart of our story.

So much of the film is centred around the dynamic between your two leads, what do you think they, as actors, brought to Toomsboro?

We were incredibly lucky to work with two extremely talented actors who brought a whole new dimension to this script. In particular Jacob Shivers, who plays Benji, brought their own voice to the piece in the post process through their thoughtful improv voice over which plays at the beginning of the piece and the ending. It was just one of those sessions in the ADR booth where Jacob was so fully in character, I was certainly captured by their performance. We knew we had to include this in the edit.

What equipment did you use to capture those vibrant greens and harsh reds of the deep South?

We shot the film on an Alexa Mini with anamorphic lenses to really capture the landscapes of the south. We shot all exteriors in just four days in Georgia and did two days to film interiors in California, where we were able to bring on a larger team for grip/electric. We utilised very little camera movement throughout the piece to also sell the dead heat of a southern summer. When the beautiful cinematography is accompanied by a full sound bed of cicadas and summer bugs the scene of a southern summer really comes to life.

You made Toomsboro as part of your thesis at Chapman University, what were the biggest filmmaking lessons you learned in making it?

There are very few travel shoots allowed at Chapman University and we were lucky to have done enough preparation and logistics work ahead of time to enable the travel shoot to occur. Therefore the biggest lessons I feel like I learned from making Toomsboro were in regards to making a travel shoot work – from housing logistics to scheduling it really was quite an endeavor for everyone involved. Huge thanks extended to our Producer Noelle DeAngelis for making this all so smooth! We worked with local vendors in Atlanta as well to find deals for Walkie Talkies and grip and electric gear which was a great learning process for everyone involved!

We utilised very little camera movement throughout the piece to also sell the dead heat of a southern summer.

What kind of considerations did you have in mind when it came to fairly representing the people of Toomsboro without falling into stereotype or cliche?

This is a great question. For me, much of the film really took shape after meeting the locals. Meeting Mayor Bacon and hearing his boyhood stories of growing up in Irwinton, GA really impacted the way we wanted to portray the brothers’ relationship on screen. In the writing and concepting phase we always wanted to portray two sides to small-town living, those who stay, and those who leave. Neither is better or worse, it’s just different, and this was something that Mayor Bacon talked to me about when we first met. He left rural America and lived in Atlanta for a while, only to move back again to help keep the town alive. This film truly encapsulates what’s happening to small towns across the country, and Toomsboro is just one example of a town that’s facing issues like this. 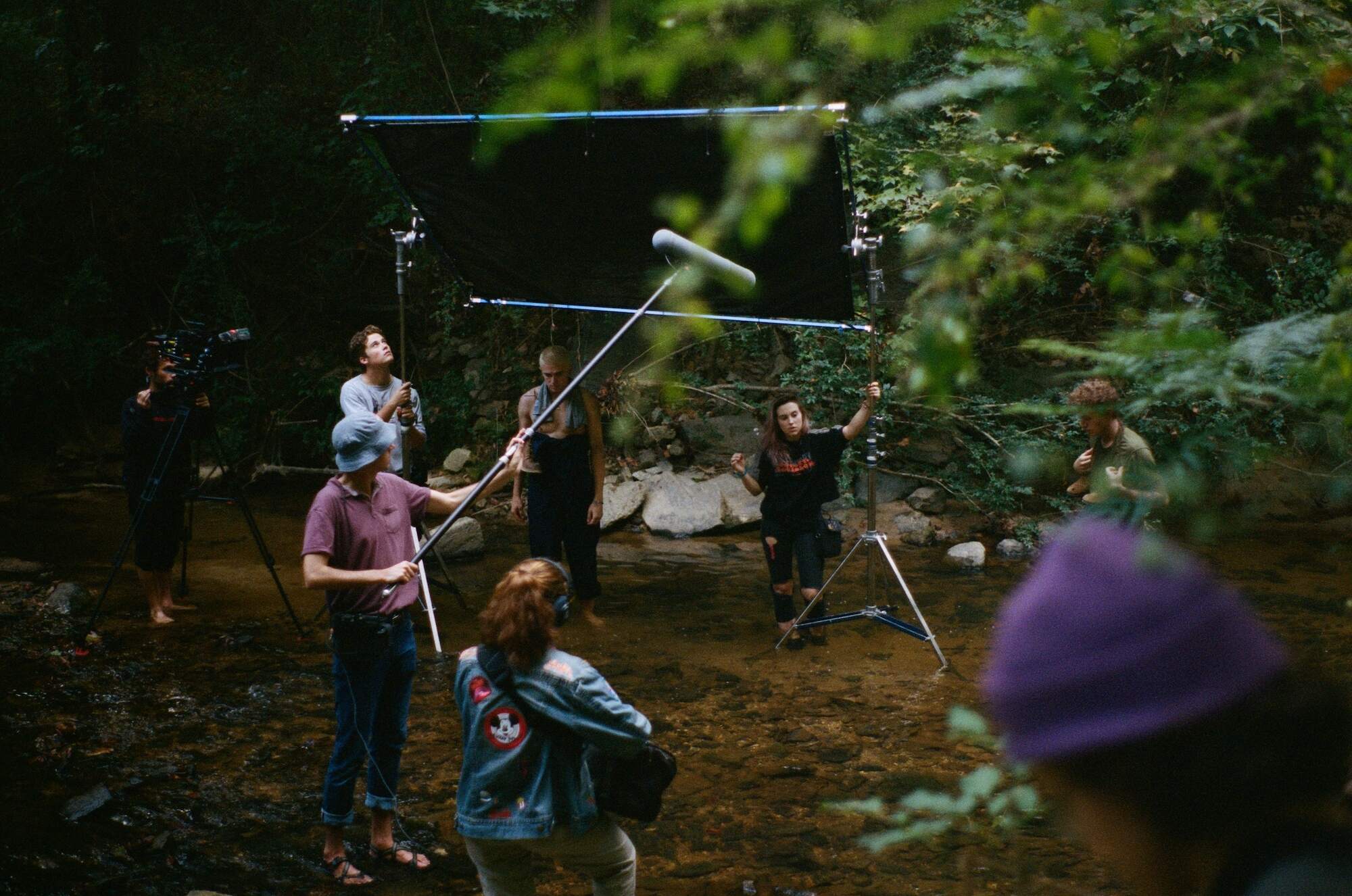 What are your filmmaking ambitions? Do you see yourself creating more dramatic work in the future?

I have always been captured by depopulated rural American areas, and this was my first film that explored this concept. I feel there’s an untapped beauty to these areas. I am also intrigued to see what the future holds for small towns like Toomsboro across the country, and curious to see if small town America is dying, or if perhaps with work locations becoming more flexible for folks if there is a possible rise in population for these small towns. I’m lucky enough to be pursuing a short documentary project at the moment that explores many of these questions with small farming communities in Kansas, and excited to be taking it to festivals this next spring.