Harking back to the beloved toy-like creatures from 80s children’s TV shows, Andrew Rutter imagines his own character in the form of Peter the Penguin. Peter is the toy penguin of a young girl named Mia who is about to meet her mother’s new partner for the very first time. Upon arrival, expectations quickly spiral and the reality of who Peter is, and what he means to Mia, turns everything upside down. Rutter has made his name through making music videos and horror shorts (such as Knock Door Run which we picked out in our Aesthetica 2020 Best of Fest article) with Peter the Penguin marking the next step in realising his true ambition, despite its impressively small budget. Read our interview with Rutter below to learn more about the inspiration behind Peter the Penguin, the evolution it took over a ten year gestation period, and the wonderfully obscene practical effect work that went into bringing the titular character to life.

Where did the idea arise for an absurdist take on a beloved child’s toy?

I’ve always been in love with children’s TV shows of the late 80s and early 90s. There was a real DIY element to the production value, you could tell things had been handcrafted. As I got older I always got the feeling that it wouldn’t take much to stroll into horror with some of these shows. Kid’s movies in the 80s were generally scarier too, one of my favourite films being Return to Oz, which is incredibly scary!

So it would’ve been around 2009 when I initially came up with the idea, it just made me laugh so much because it was so ridiculous. I didn’t have the facilities to make it properly at the time so I left it for years! However, all that time later, it still made me laugh so I figured it was asking to be made. At this point other themes had entered my mind, as I had aged ten years since the initial idea I like to think I matured a little if that can be said about a filmmaker who made Peter the Penguin.

It’s a really funny concept but it also touches upon some themes surrounding male behaviour. What were you looking to explore thematically with the film?

It was the idea of what being a man is, and how men carry themselves. I had a bit of a mixed experience with male figures in my life when I was growing up, a lot of being let down but I had very strong female figures. A few of my films have briefly explored the expectancy of men and the absurdity of macho behaviour, so I liked the idea of playing with that in Peter the Penguin with Nigel’s character. 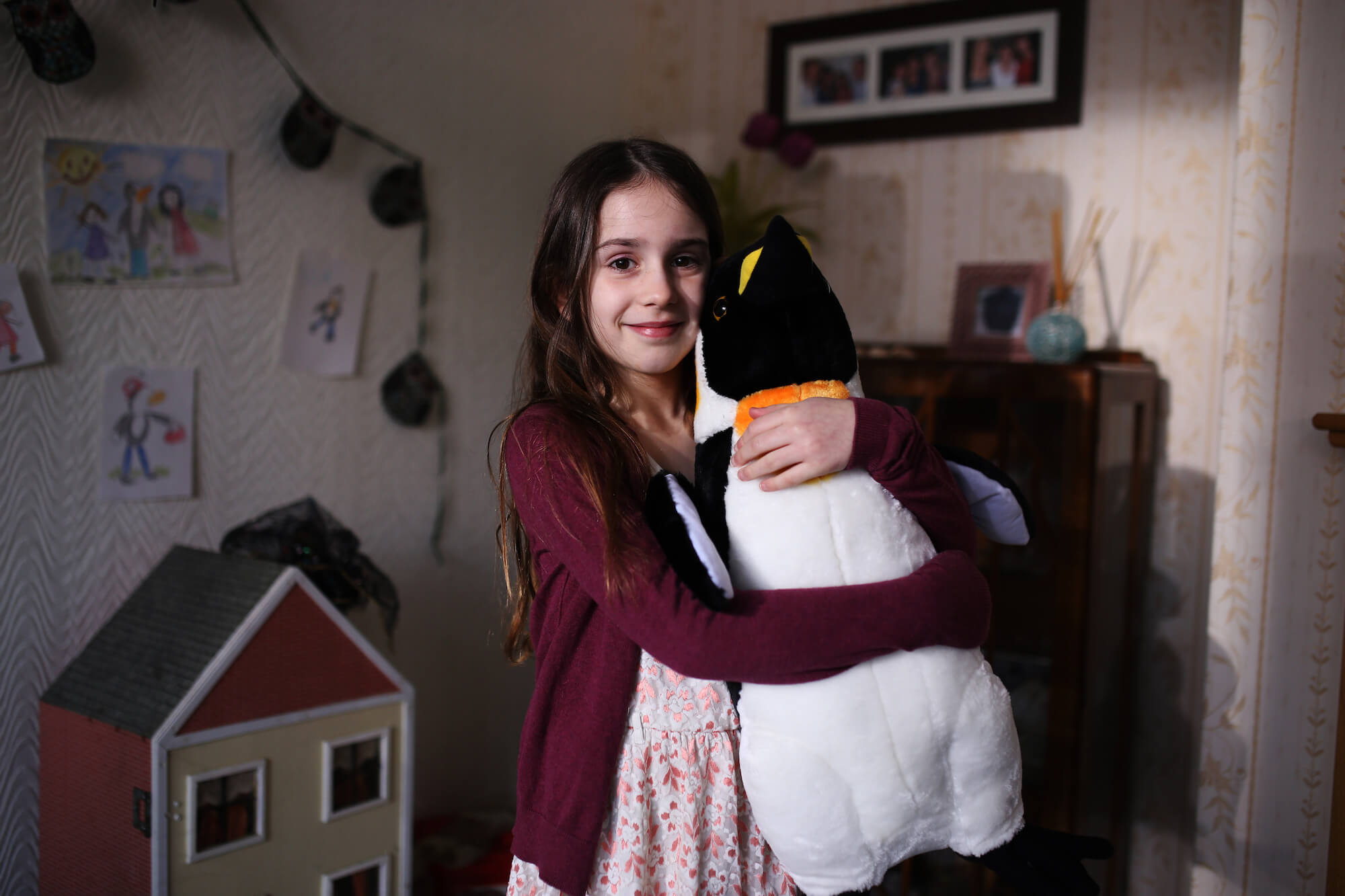 You come from a background making music videos, did any of that experience inform how you approached Peter the Penguin?

After making a lot of narrative music videos I found myself becoming increasingly frustrated with having not made any narrative short films. I wanted to get into the film festival world and meet people, but I found a lot of people wouldn’t take me that seriously when I was there with a music video. Whilst attending festivals I was also seeing a lot of kitchen sink dramas and I sort of had this knee jerk reaction as a result to make something that would be jarring and provoke a response, to make something that would stand out.

How did you find getting the film off the ground and starting production in general?

I put £300 of my own cash forward and that was the budget. I’ve always been resourceful as a filmmaker so I knew how to take that budget as far as it could go. I worked with long-time friends across every department, even though the crew was minuscule in numbers. Christopher Hood was my DOP who had shot my music video Kon-Tiki just before, so he came on board with his RED Scarlet-W and Tokina Cine Primes, and other handy tools!

I’ve always been resourceful as a filmmaker so I knew how to take that budget as far as it could go.

My partner Joanna Caldwell stepped up to help produce it alongside university friend Ashley Gardiner. The house we shot in was actually Joanna’s Nan’s house! So, thank you Edna! Chris Butler who plays Nigel is also a long time friend, he’s a brilliant collaborator in front and behind the camera. He’s an incredible actor and extremely versatile. I knew I could count on him to anchor the film with his performance. I could gush about everyone for quite some time but everyone did such a great job with so very little time and resources. Simon Peacock did all the sound recording and the incredible sound design. Everything you hear is him. I remember having edited the scene where things start getting super weird in the living room and being underwhelmed somewhat. He then went away and put a score down on it and suddenly it was like magic, bringing it to life and so much more.

And how long did production last? What were the main challenges you faced on the shoot?

The film was shot over two days in Shrewsbury. It was quite an intense shoot from what I remember as I was a little rusty and we didn’t have many hands on deck. We went over schedule a little and poor Chris Butler was stuck in that penguin head for hours, he had to rest his beak on a door handle to take the pressure off. Little Mia Hemerling was lovely to have on set too, giving us all a renewed energy and wanting to make it a fun experience for her.

After the shoot it took me a while to get the edit right. I just couldn’t make it work for some reason so I had to leave it for a few months. In the meantime, me, Simon and Joanna recruited a few kids from PQA Stourbridge, which Joanna runs, to sing the lyrics to the Peter the Penguin theme tune. It’s a loving nod to Bodger and Badger, and other shows of that ilk.

I have to ask about the creation of Peter. Who did you work with in designing him?

Peter the Penguin himself was designed by Tom Ellis, a long time close friend to who I gave minimal notes prior to designing the creature. I had never really done anything like this before and it was tricky because the design needed to be semi-real looking but also look like it had been handcrafted somewhat. Tom did a great job!

How was the festival experience? I saw that Peter the Penguin played Fantasia amongst Slamdance, Encounters and a few other great festivals.

I submitted it to a few festivals not expecting much. It was a difficult film to get right and not to mention it was completely absurd. I wasn’t really sure how anyone would react to it, but it kind of blew up and had a massively successful festival run, premiering at Fantasia and then going on to play Slamdance, Beyond Fest, London Short Film Festival, Encounters, Mayhem, Celluloid Screams and even won Best Short Film at Grimmfest. It was then acquired by ALTER, a premium horror YouTube channel, and the film has since gained 70k views across their platforms.

The success gave me newfound confidence and reminded me that you can rally some friends together and make a film with very little and still achieve great things. I’m hoping to raise the stakes with my next film and go bigger and scarier!

Which is the perfect lead in to ask what you have slated next?

After making three films just before the pandemic, Peter the Penguin included, I had to go back to the drawing board. The world changed and altered a lot of my plans, especially as I’m a freelancer so work had to take priority, whenever I could get it! Peter the Penguin was a blessing in a way as it took me on a really cool festival journey during a time when I felt I couldn’t do much else, so I still felt active. Now as things start to stabilise slightly, I’m putting together another horror short that focuses entirely on the scares this time. I’m also hoping to raise the bar production-wise and take it to a level I haven’t been to before. Peter the Penguin was practically no budget so I’m hoping to take it up a notch with the next one.