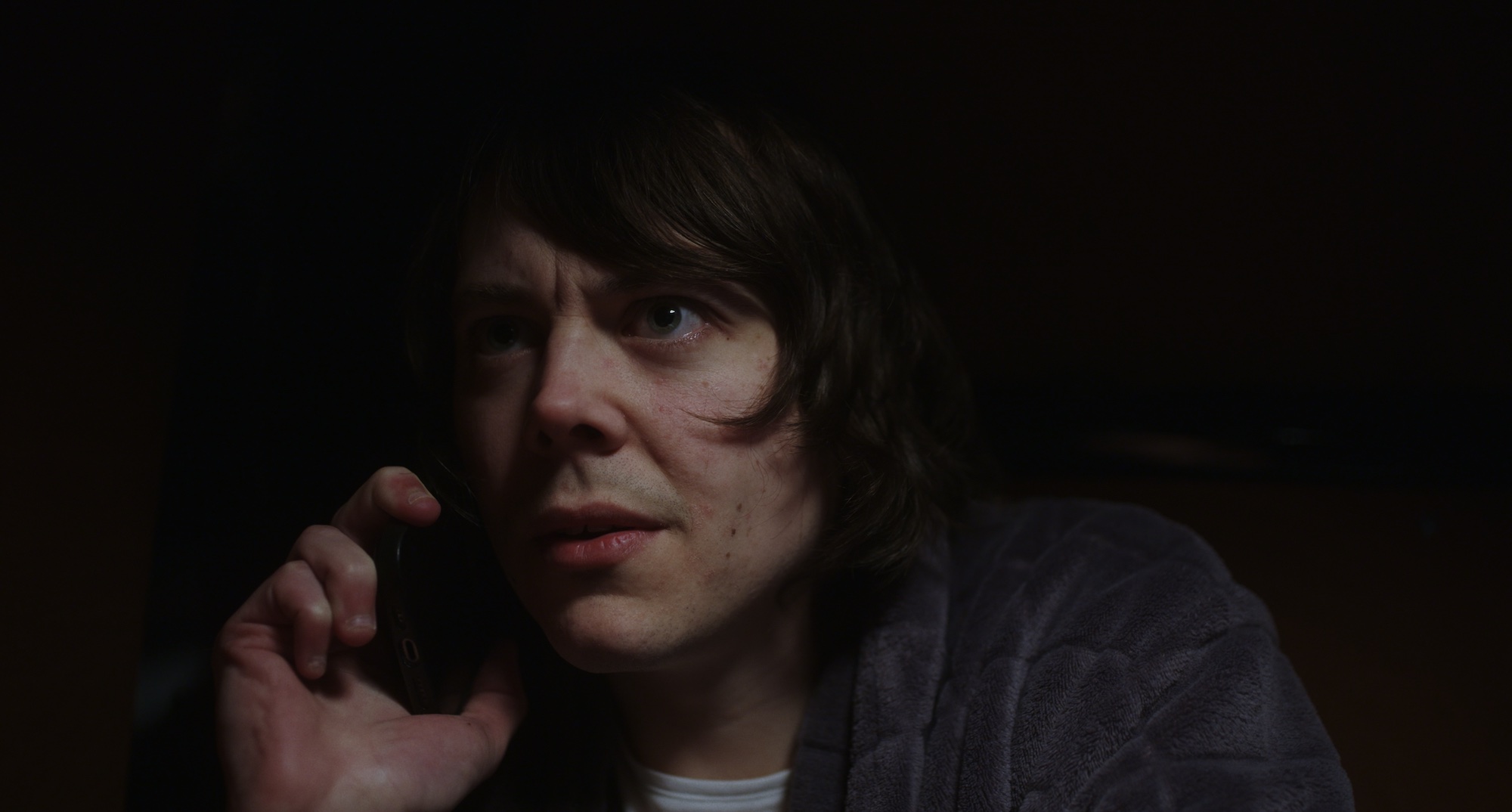 It’s always exciting when a film comes through our submissions that begs for a rewatch. Harry Sherriff’s wonderfully weird meta-comedy Harry Is Not Okay achieves that in spades. Sherriff is filmmaker we’ve had our eye on ever since we spoke to him back in 2017 for his 12 shorts in 12 months project. Harry Is Not Okay echoes the same creative ambition of that project, this time as the kind of film that asks you to peer into its strange world and really listen to make sense of what’s going on. It’s about a writer played by Sherriff who gets sucked in an unknown world after two balaclava-clad men bust into his house and take him captive. It really is a fascinating piece and it’s also wickedly funny. Sherriff has a knack for deadpan reactions and there’s plenty of back-and-forth between him and the quirky characters he encounters. DN is delighted to premiere Harry Is Not Okay on our pages today alongside a conversation with Sherriff who discusses the challenges of bringing the film together, the doubts he overcame surrounding its merits, and his future in filmmaking at the NFTS.

Harry is Not Okay feels like a personal film but it’s also quite cryptic in parts. What’s the story behind its genesis?

The making of this film felt like destiny in a way and that’s coming from someone who doesn’t normally believe in that sort of thing. It sounds dramatic but I’ll explain. My Dad sadly passed away December 4th 2020, he had been sick for a while but it doesn’t make it any easier. A week later out of the blue I was interviewed to direct a TV pilot for the BBC. It was for a comedy pilot and as you can imagine I wasn’t feeling very funny but I did my best and it wasn’t to be. Cut to January 6th and still not feeling great I meet up with my regular cinematographer James Embrey and we discuss ideas but nothing excites us. The same day I go home and my girlfriend Marie says “You should apply for the NFTS. I think you’ll get in.” I had interviewed years previous but that also wasn’t meant to be. Marie said “Use the deadline as motivation.” The deadline for the school was May 6th. So that was the plan.

Shortly after not getting the TV job, a producer Adam Lavis reached out to me after seeing one of my shorts and said “You should meet with a writer called Laurence Tratalos. I think you two would get on.” Adam also kindly said “If you two come up with something I’ll put some money in and help it get made.” It was great generous producing. Laurence and I clicked straight away but it took weeks of Zooming to land on what we wanted to do. We wasted a lot of time trying to come up with high-concept ideas that felt fully formed and in a way already written. I was also starting to worry because if we left it any longer I knew we would struggle to hit the NFTS application deadline.

One night after watching interviews with David Lynch I was struck by the conception of Blue Velvet. Lynch said the initial idea was what would happen if someone discovered a severed ear in a field. That’s all he had but he said he built it from there. The next Zoom session I asked Laurence to forget logline-type ideas and we were just going to build it and if he could write about anything what would he write about and he answered “Escaping reality.” We also knew I was going to act in the film and he thought it would be funny if I got kidnapped and forced to do something I didn’t want to do. That is how Harry Is Not Okay was conceived and from then on things started to pick up pace. 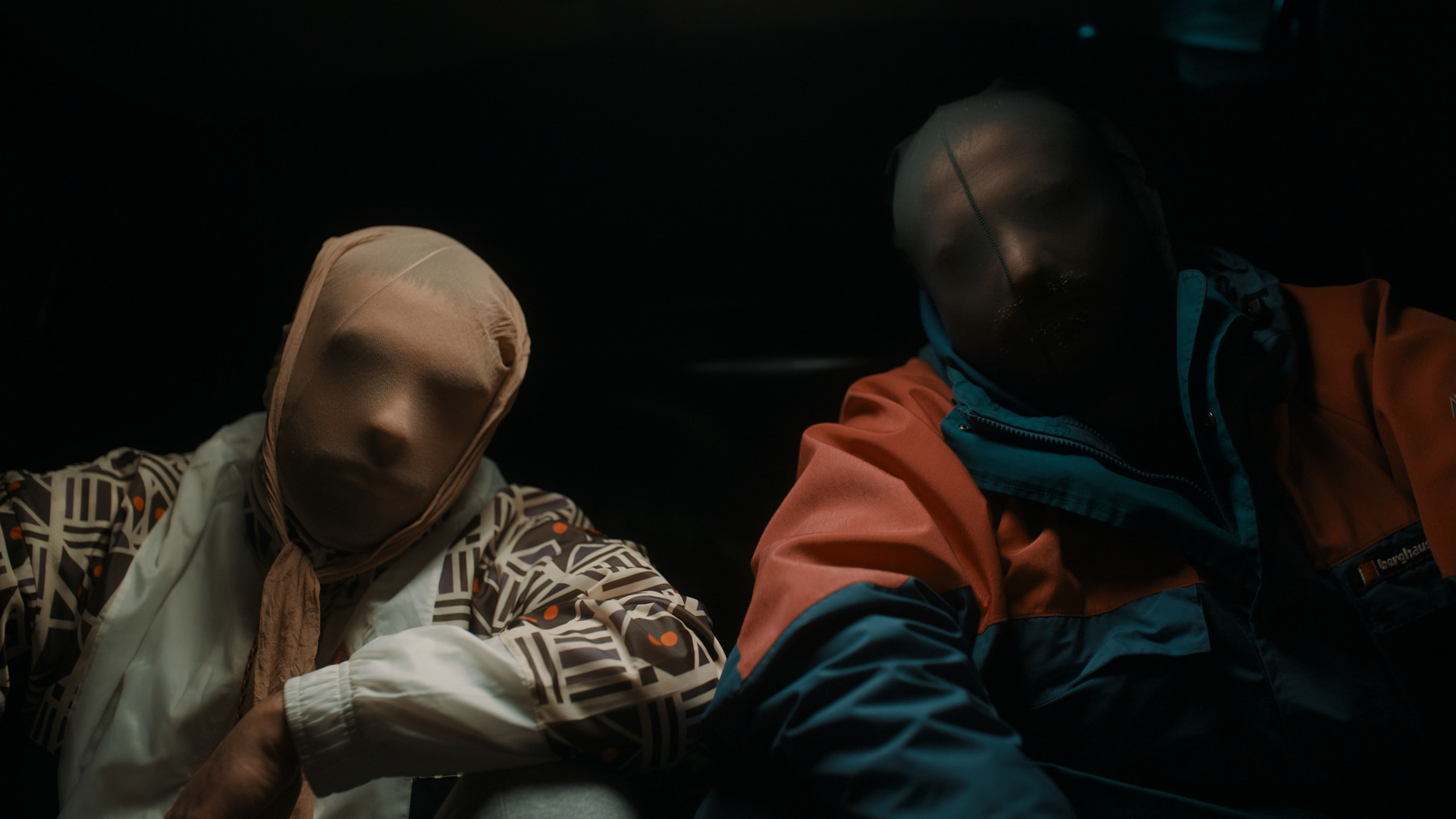 How quickly were you able to bring the film together from that point?

We wrote an eleven page script quickly in one to two days and then did ten drafts simultaneously as James and I started pre-production, finding locations and casting. We had a first draft on March 1st and we shot the film over three days 4th, 10th and 11th April. We shot the film chronologically on the Sony FX9 with Sigma FF Cine Primes. James also used a black pro mist filter gradually as the film unravelled to get the dream atmosphere we wanted. The script wasn’t in the best shape but I had confidence in what we were trying to do and I knew in four weeks time it would be much better. I’m also a filmmaker who likes to change things and improvise as I go. For example, we did one Zoom rehearsal with the cast and rewrote the dialogue to suit them.

In terms of its production value, it’s really impressive given how swiftly it all came together. Which other collaborators did you work with in bringing the film to life, practically?

Another key collaborator was James’ business partner Chris Benningwood. James and Chris share a production company called Rolling Vision, which they’ve owned for ten years and Chris is a full-time editor and grader. I had never worked with Chris before but he was so enthusiastic and as any director will tell you that goes a long way. Chris turned a brilliant cut around in ten days and after minimal notes I was happy.

Ultimately you can only focus on the work. The rest is out of your hands.

Ryan McMurray at Brackn Audio, who I’ve worked with for seven years, was on set for two of the days and also took care of post-sound. We wanted to keep things minimal and as always Ryan did a great job.

I imagine watching a film like this for the first time must’ve been exciting. It’s the kind of work that asks the audience to really listen in and figure things out for themselves.

I was having doubts about the film and whether it made sense. I actually thought we might have a mess on our hands and confiding with Laurence he also wasn’t confident. Deep down though I knew we’d made something interesting that I hoped would pull an audience in, make them laugh and leave them thinking.

How did you respond to that moment, did you reach out to anyone for specific feedback?

I decided to do something I had never done before which was send the film to twenty friends for their feedback and the response was overwhelmingly positive. I know friends can be positive to protect your feelings but everyone seemed to respond to the film in the way Laurence and I hoped when we started. Even at this late stage though we all agreed off the back of the notes we needed to cut a minute from the film so we went back in and did exactly that.

At this point the NFTS application was a bonus because I had loved making this film, I was proud of it and ultimately you can only focus on the work. The rest is out of your hands. Thanks to the relentless hard work from my collaborators I was able to submit the film to the school and I also sent Harry Is Not Okay as part of my application for a BAFTA scholarship to be able to afford the school. Two months later in July I was awarded a place on the Directing Fiction course and the BAFTA Scholarship. It hasn’t sunk in yet and probably won’t until I’m attending classes in January. If I had got the TV pilot in December this doesn’t happen, if Marie doesn’t give me the idea to apply it doesn’t happen, if Adam doesn’t get in touch and introduce me to Laurence. Everything went my way. I truly believe it was meant to be.

As you look to start at the NFTS, where do you see your filmmaking practice going in the future?

I just want to keep getting better as a writer, filmmaker and actor. I’m so excited and grateful to be given the opportunity to study the craft of directing for two years. I’ve spent the last half a decade making short films for no money, most of them taking place in my flat! Now I finally feel I have the chance to take bigger swings and tell stories on a much-needed bigger canvas.

Deep down though I knew we’d made something interesting that I hoped would pull an audience in, make them laugh and leave them thinking.

Do you see yourself continuing as a writer-director then?

Career-wise I want variety and to be prolific. A lot of writer-directors only want to write their own stuff or they only want to work in features but as a result they will make a lot less work. They’re boxing themselves in. Directing a TV show written by brilliant writers is just as exciting to me as writing and directing my own feature. Reading Sidney Lumet’s brilliant book Making Movies I was struck by his work ethic and his duty to go to work.