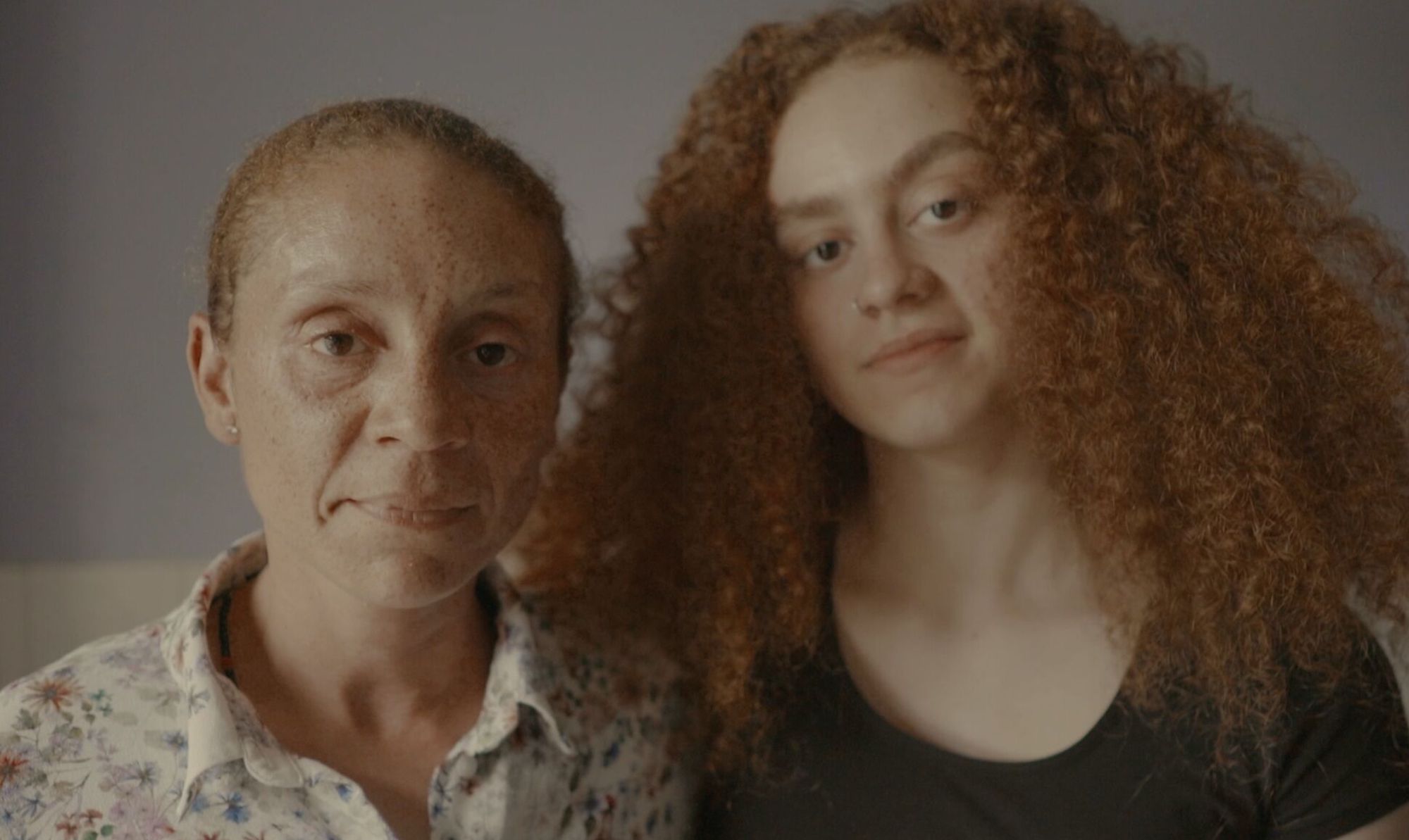 When done well, the documentary format of filmmaking can be an excellent way to reforge broken relationships as it offers a unique space for healing to take place. That being said, to achieve that you need an impressive level of empathy and understanding from the filmmakers behind the camera. Directing partners Susie Peng and Anna Dobos exemplify that level of empathy with their short documentary I Thank My Mother For My Hair, which combines the doc format with elements of dance to open up the routes of artistic exploration between a young woman and the tumultuous relationship she has experienced with her mother. It really is a beautiful and powerful film, impressively put together. DN caught up with Dobos to discuss her and Peng’s approach to documentary filmmaking, how they created a therapeutic atmosphere on set and their continuously adaptive mentality to an ever-changing production.

When did you first encounter Alexis and what was it that interested you in telling her story?

Susie and Alexis had known each other for a little while, as Alexis modelled for Susie’s vintage clothing shop. Alexis is a dance student and in one of her performances, her hair played the role of a prop, an extension of herself, which gave Susie the idea of using a similar concept for a video piece, combining dance with documentary. The way that Susie and I collaborated at the time, and still often do, is that Susie usually finds the story/casting and general creative outline while I do breakdowns, blocking, shot designs, shooting and editing.

We made it very clear that Alexis and her Mum had full ownership over their story in terms of what they wanted to reveal and the topics discussed.

Did you work directly with Alexis when it came to deciding on how to tell her story?

We collaborated with Alexis on the concept and I drafted up a structure and treatment for her and her mum to look over. Susie asked Alexis and her mum to create a list of what they’re grateful for in the other, while I drafted a series of questions for them to ask each other in conversation, which we felt would be more engaging and personal than either of us interviewing them. 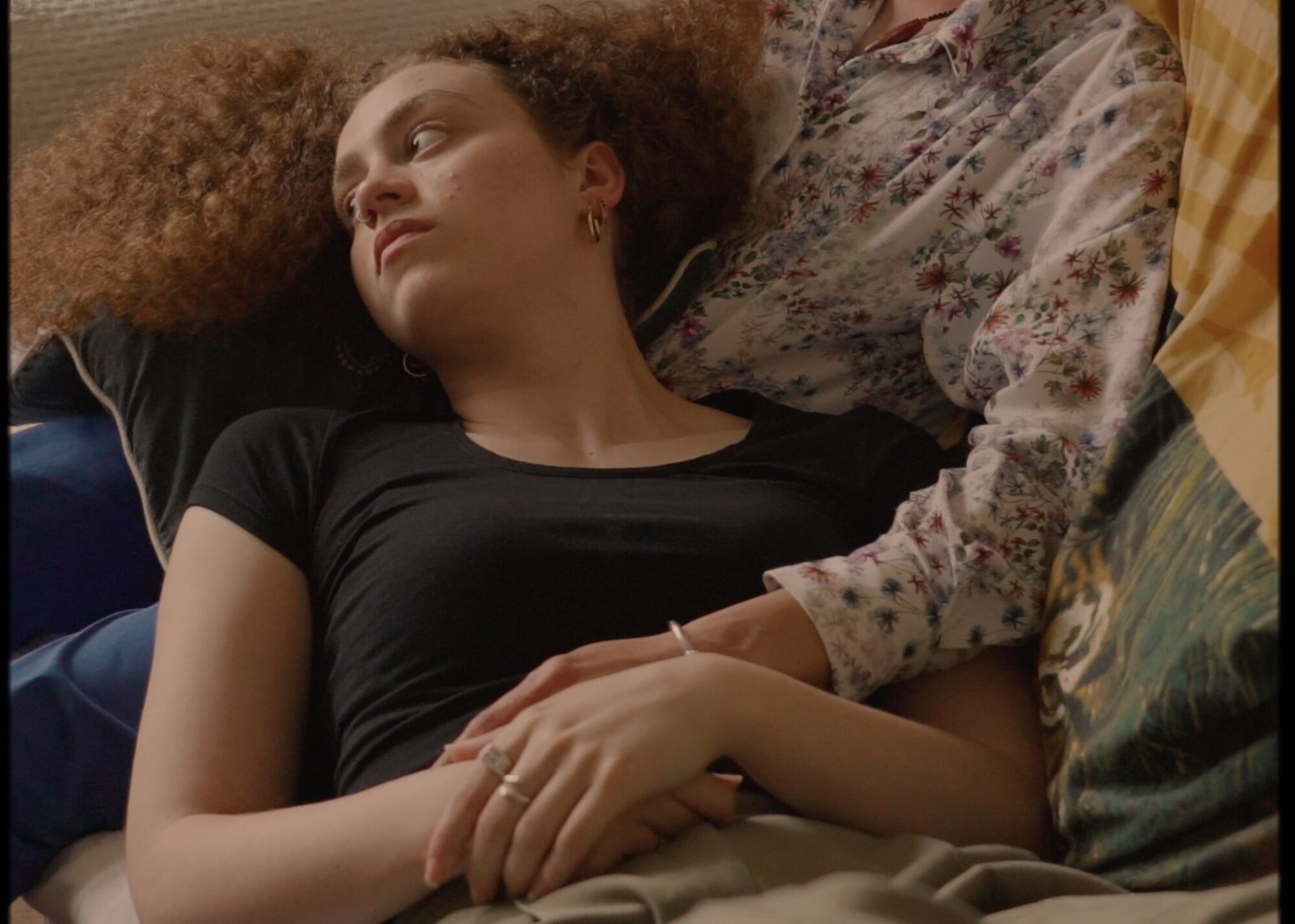 How did that apply to production?

Initially we’d planned about one and a half shoot days; one day at her mum’s house in Kent and a half day at her nan’s house in London. Being in London, the weather was uncooperative for both days – sunny when we wanted overcast and overcast when I wanted sunny! After shooting a bit at her nan’s during the day and reviewing the footage, we decided it would be more fitting for the mood if we re-shot at night and used a slow shutter speed effect to create the feeling of being underwater or a state of chaos. Because the tensions between Alexis and her nan are very real, we only had about an hour in the evening to shoot those scenes.

The cinematography is really stunning in how it captures the tumultuous intimacy of Alexis and her Mum. What equipment did you use to achieve it?

Regarding equipment, this was very much a no budget shoot, so we used the equipment I already had at the time, which was my Sony A7S mk2, an LED light and my lavalier mic audio recording setup.

For post production, I edited and graded the film myself. Sound design was done by Martina Carluccio and the score by Charlie Christiani, both at Focal Rhythm.

Did you do anything on the day of the shoot to prep Alexis and her mum to make them more comfortable and willing to be honest in front of the camera?

On the shoot day with her mum, we all went down to Kent and before even unpacking any equipment we generally spent some time hanging out and getting to know her mum, having her ask us whatever questions she had, sharing our own stories and why we wanted to make the film. We made it very clear that Alexis and her Mum had full ownership over their story in terms of what they wanted to reveal and the topics discussed. Once everyone was comfortable with the process, we started by filming the hair styling scenes, which gave everyone the chance to settle in and get used to the camera. We then moved on to the outdoor scenes which got us to moving and loosened us up.

The whole day’s activities in the end were quite therapeutic for everyone involved.

I think we left the interview for the end. Our process was to place the mic between them on a table and let them speak to each other without any cameras rolling, so for most of them speaking we don’t actually have any footage. I think this played an important role in making them feel at ease with us and each other. The whole day’s activities in the end were quite therapeutic for everyone involved, and filming aside I think it’s a fantastic and healing activity for any two people to spend a day doing. 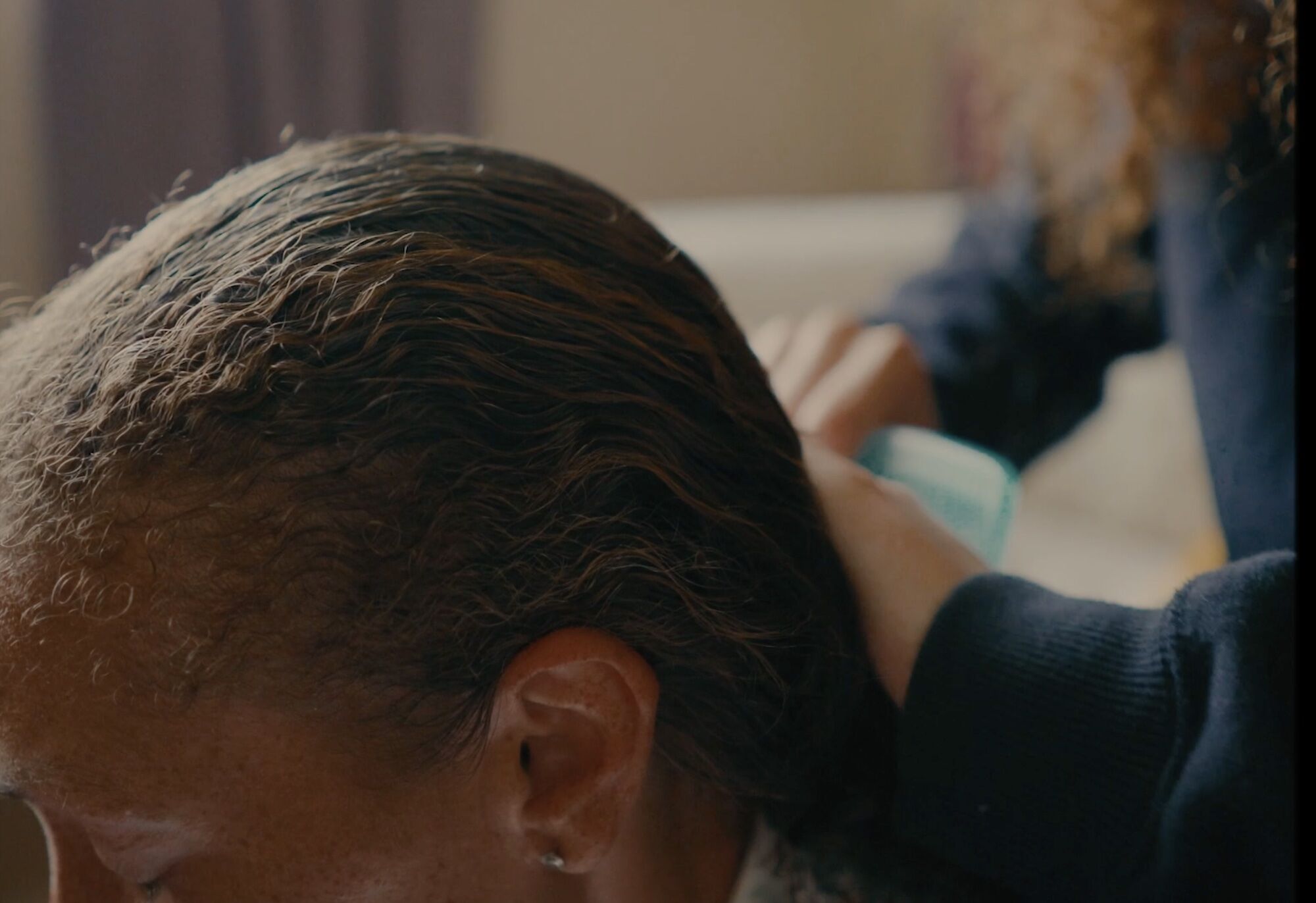 What else did pre-production look like for a unique project like this? Were there other preparations you had to do before the shoot?

We just made sure to keep communication going with all parties leading up to the shoot and sent them the questions outlined in the treatment. Because of the no-budget nature of the film and the constraints on everyone’s time and availability, we didn’t actually do any recces/location scouts, just based our lighting and shot plans off the pictures sent to us.

I noticed you recently held an event connected to the film, what was the focus of that?

One of the creative processes we utilised when narrating the film was Journaling when we would ask both of them what they were thankful for. So, this led us to collaborate with Mendü, who champion women of colour through Journaling wellbeing workshops, and homegirlsunite who supports eldest immigrant daughters. This event was the perfect collaboration/response as we wanted to give back and one way of doing is by lifting communities and giving a space to creatively engage with our audience beyond cinema, and above all the values of Mendü and homegirlsunite were aligned within our practice and ethics.