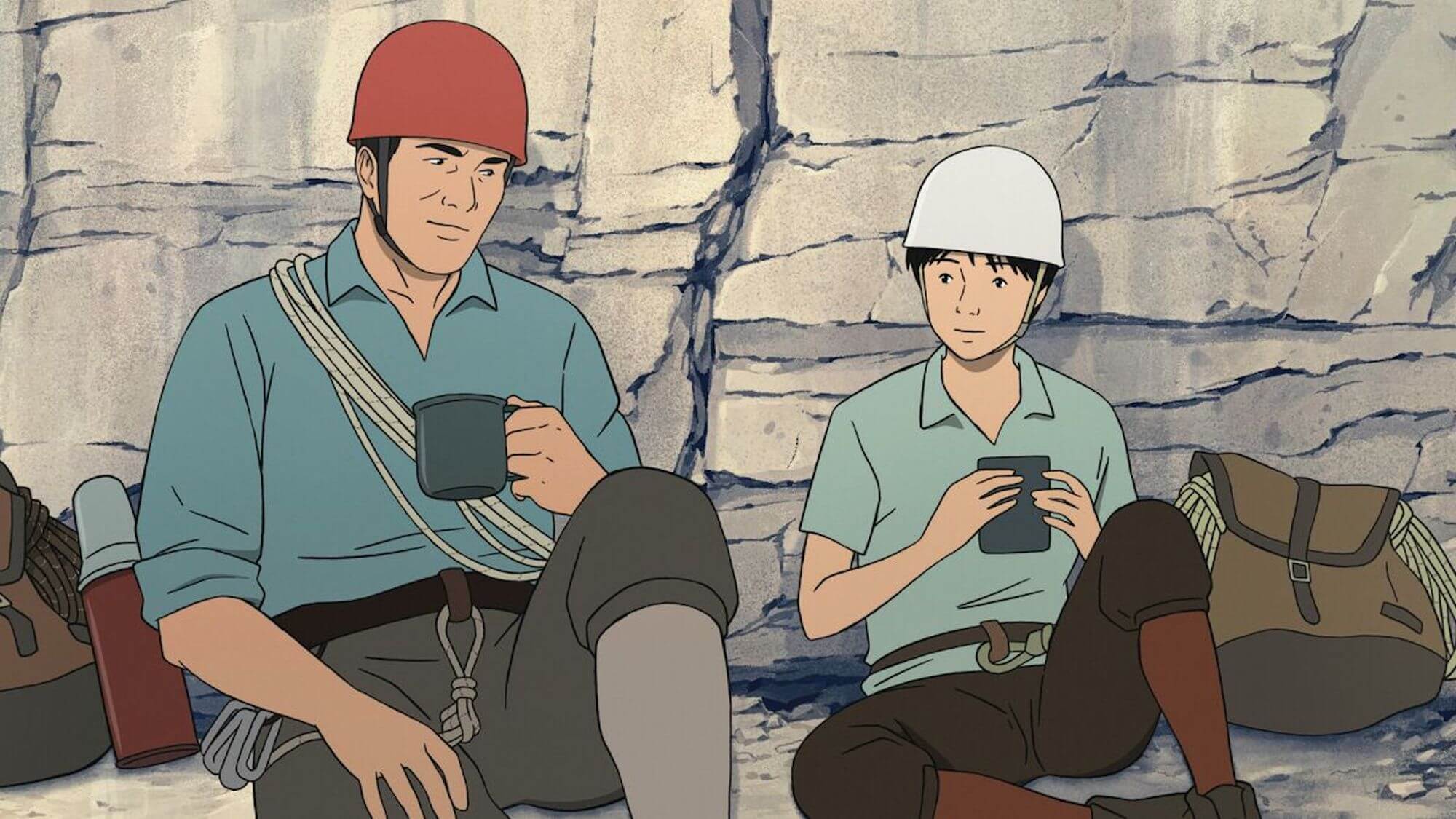 Whenever I write the blurb to these lists I always go back and read what I wrote in the previous years. I like to remind myself about what made those years special whilst I reflect on this year’s collection of films (as well as making sure I don’t repeat myself!). Last year was tricky for very obvious reasons. This year was not much different but I was also at the cinema a lot more this year and that is only a good thing. I returned to the hallowed ground, the Connaught Theatre in Worthing, back in May for the first time since the start of the pandemic and watched what turned out to be my favourite film of the year. So, fingers crossed, when I inevitably end up reading this post this time next year, the films and cinema experiences will have been even more frequent and just as plentiful.

10. The MITCHELLS VS. THE MACHINES | Michael Rianda

I’m kicking off this list with a triptych of animations, the first of which is Michael Rianda’s stellar action-packed family adventure The Mitchells vs. The Machines. Coming hot off the heels of the equally brilliant Spider-Man: Into the Spiderverse, Rianda’s film, which was produced by Sony and Spiderverse Screenwriter Phil Lord, boasts a similarly bombastic and exciting visual style that only highlights the lack of visual flair that has been perpetuating American mainstream animation in recent years. It’s also just a perfect film to watch with the family for those evenings where you want something fast, funny and feel-good.

Yes, this is technically a short but it’s just so darn good and packed with so much joy it deserves its place on this list! Directed by Mikey Please & Daniel Ajari, Aardman’s latest reaches the ridiculously high bar set by the studio whilst still managing to keep things fresh. This time around the revered claymation studio opt for a needle felt form of stop-motion animation which offers a wonderfully soft tactility to their plethora of expertly crafted films. A festive treat and hopefully a sign of more great things to come from one of Britain’s best.

8. THE SUMMIT OF THE GODS | Patrick Imbert

The finale in this animation triple-bill is Patrick Imbert’s The Summit of the Gods. Adapted from the manga by Jiro Taniguchi, it chronicles a photographer who is trying to track down a relic which potentially reshapes the climbing history of Mount Everest. The film is constructed as a cat and mouse chase between the photographer Fukamachi and an ex-climber who is now living in isolation, following his troubled history on the mountain. Imbert manages to weave many different shades of storytelling on his canvas, cleverly telling a philosophical tale of self-motivation around terrific pulse-pounding set pieces that would be near impossible to shoot in a live-action setting.

David Lowery’s interpretation of the famous Arthurian tale is a twisted fantasy epic. Whilst it may appear like a swashbuckling tale of good and evil on the surface, Lowery utilises the genre to subversive effect, highlighting the flaws of masculinity and the hollow chivalry of the knight archetype. It also looks stunning with a blend of practical and computer-generated visual effects that populate the vast expanse in which Dev Patel’s embryonic Sir Gawain sets forth unto. Another notch in the sheath for Lowery’s impressively broad filmography.

Mike Mills likes to take his time making features, turning out one roughly every five years. Fortunately for us, they’re always top draw. This trend continues with his latest film C’mon C’mon, which is a quiet and humble distillation of surrogate parenting. I watched this film with one of my best friends on his birthday and it was the perfect piece of art to watch in tandem with the inevitable contemplation of the passage of time that accompanies such an event. A genuinely soothing and reassuring piece of a cinema that I’ll be revisiting in years to come.

I was lucky enough to chat with Emma Seligman back when Shiva Baby was released online by Mubi. It was a fascinating conversation about how her personal history informed the film’s wickedly funny and overwhelming narrative. She also opened up on the challenges of constructing a film that is so purposefully tense on a consistent basis and the difficulty of maintaining that for the length of a feature film. What makes the entire film such a marvel is how all of those carefully constructed elements become a seamless whole when you watch the film. An incredible feat made even more impressive considering it’s her debut feature.

4. THE WOMAN WHO RAN | Hong Sangsoo

I discovered Hong Sangsoo after I graduated University and was in a place where I would devour a filmmaker’s filmography as quickly as possible. Given Hong’s prolific nature this proved a daunting but exciting challenge (one which I haven’t completed yet given that they are difficult to source and that there are 26 of them!). But I was immediately taken by his quiet yet philosophical musings on relationships, identity and filmmaking. His films always seem so similar but when you’ve watched a number of them the differences become more apparent and gratifying. The Women Who Ran is another typical Hong in a sense, but it’s also as lucid and beguiling as he’s ever been. Plus, it has one of the greatest reaction shots of a cat in the history of cinema.

Petite Maman was a film I first caught when I was covering the London Film Festival back in September. I saw it through a press screening at home and was struck how wonderfully, and respectfully, Céline Sciamma captured a child’s perspective in the wake of familial tragedy. From its pacing through to its seemingly simple narrative, Sciamma doesn’t patronise or simplify her characters or her world. Instead, she opens up and invests in the true power of a child’s imagination. I have now seen it on the big screen too and found it even more emotionally affecting a second time through. A master at work.

Much like any seismic and branching car ride, Ryusuke Hamaguchi’s Drive My Car is both a ponderous and wistful journey of self-reflection. Clocking in at a minute under three hours, Hamaguchi’s latest may seem like an arduous task. Instead, I’d argue that it’s one of the most gripping films of the year, a feat which it achieves through its immaculate pacing. I spoke about it first in my Top Ten Features roundup from the London Film Festival but what has stuck with me since I saw it back then is how smoothly it interlinked art, relationships, conversations and sexuality to tell a story fundamentally about grief. A filmmaker whose work I can’t wait to go back and retroactively watch to see the steps that guided him to making this modern masterpiece.

A filmmaker who has appeared atop my end of year lists before and will probably do so again. Kelly Reichardt’s First Cow was made even more special for me as it was the first film I saw in the cinema since the beginning of the pandemic last year. And what a treat it was. A small yet pertinent tale of the origins of capitalistic culture. But The Wolf of Wall Street this is not. There are no fever-like highs of monetary success here. This is a small story, set in the American Frontier, of two men who begin to make a living from the baked goods they create using stolen milk. But when one of them gets a taste for more, the end is nigh. A glorious work featuring a supreme score by William Tyler.