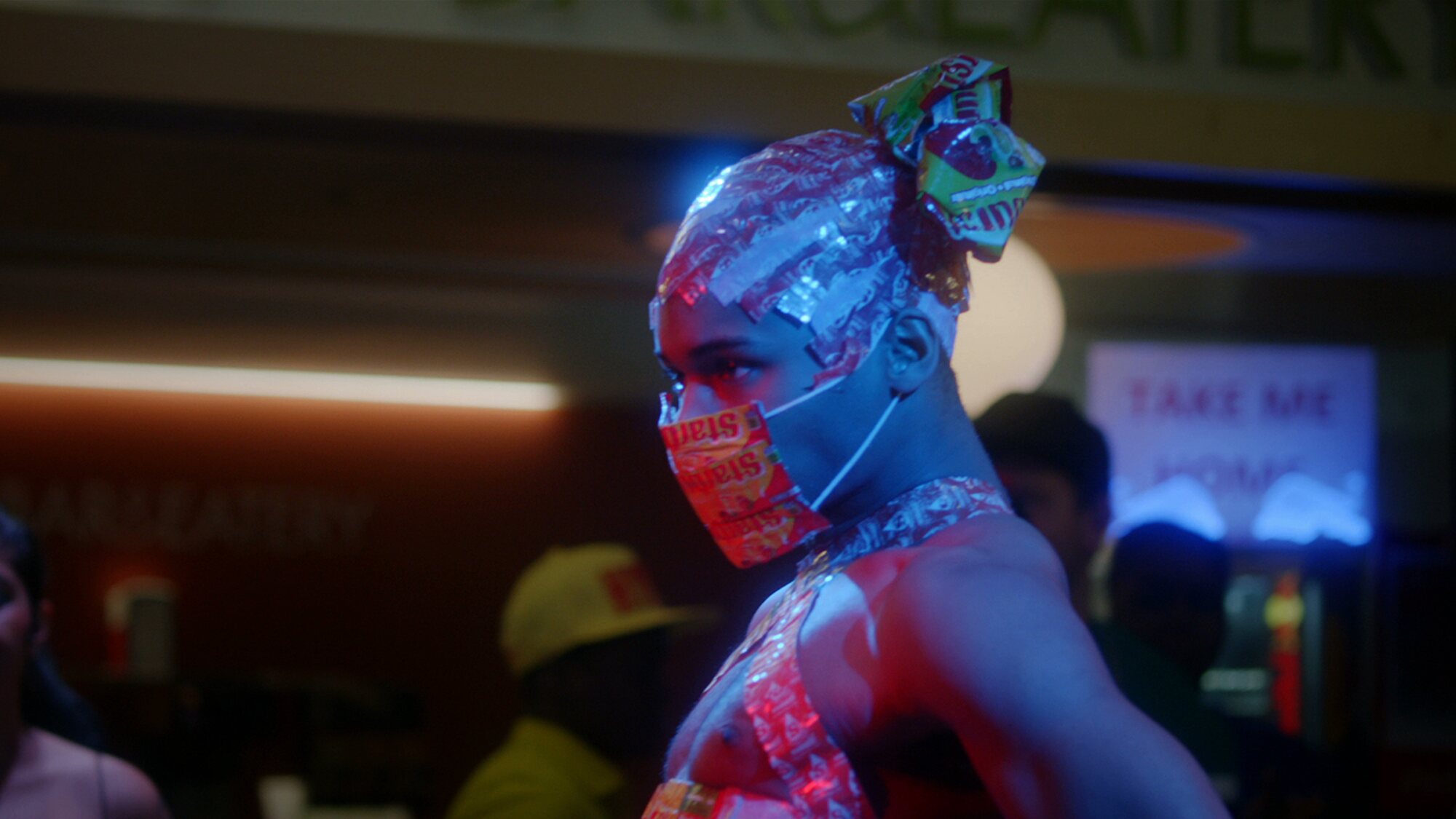 There’s a wonderful naturalism to Joseph Amenta’s lo-fi LGBTQ drama Haus. It tells the story of a young displaced black queer man who finds refuge in his city’s underground Kiki Ballroom scene. Amenta’s short follows him as he and his close friend navigate the Kiki Ballroom scene in conjunction with the trials and tribulations they face in their daily lives. It’s a wonderfully sincere snapshot of a community which feels stylistically akin to Sean Baker’s Tangerine or Eliza Hittman’s Beach Rats. Amenta does such a fantastic job of creating observational cinema, with smooth cinematography that captures these individuals as though the camera is a passerby just happening upon their lives. We invited Amenta for a chat about the deep-dive into Kiki Ballroom culture he undertook to create this honest and faithful representation of community.

What drew you to conceptualise a story of these characters and the Kiki ballroom scene in general?

In terms of the conceptualisation of the film, I knew that I wanted to continue breaking the mould of what we typically see from queer characters, specifically in a racialized context. I began doing research about the Toronto Ballroom (Vogueing) community and found deeply intertwined and complex stories and relationships. I too, as a queer individual from an immigrant home, found refuge in the Ballroom community in the past, walking certain categories at functions. I became immersed in the world, seeking voices and people who I would gravitate towards. It is here where I found my two leads, James Baley and Mark-Ché Devonish. It is with these two individuals, who already had an existing friendship, that I moulded my story.

I became immersed in the world, seeking voices and people who I would gravitate towards.

How did you collaborate with James and Mark-Ché in terms of shaping the narrative and their characters?

The three of us would review dialogue and action within the script in order to give it authenticity to their experience. We workshopped scenes with very open and casual rehearsals in order to build the story from my perspective to theirs.

I read that the crewing on Haus was fairly minimal. Who did you work with and what do you think are the benefits of a production that relies on fewer people?

The rest of the production team consisted of Nikolay Michaylov, my cinematographer and friend, a small camera team, and some friends of mine to round out any other tasks. I ran the production floor, produced the film, and eventually would edit it as well. This grassroots method of filmmaking, however limiting, felt intimate and allowed for the cast and crew to truly connect and engage with one another.

The film was also being financially supported by Canada Council for the Arts, with which I have received funding in the past. Unfortunately, because of the small team of approximately eight people, including my sister taking care of craft services, and a neighbour of mine recording sound, the level of BTS documentation is fairly non-existent. All we were focused on was getting the film in the can and having some fun doing it.

Once the film was shot, I began editing on my old iMac computer at home, sharing the film for notes with a select few before moving to colour and sound finishings with The Rolling Picture Company here in Toronto. They helped support the film with a limited budget and even fewer connections within the industry.

You mentioned there about working with Nikolay, and I really enjoyed how naturalistic the cinematography was, you almost feel like a third person in the scenes with James and Mark-Ché. How did you approach the visual stylisation of the film?

Equipment-wise, we shot the film on an Alexa Mini, with Cooke lenses, and some old sound equipment. Lighting was supplied by William F. Whites. There was no production designer on the film, as I typically work with found spaces that I write specifically for. The characters in the film are fairly nomadic and the theme of movement is important to show the city of Toronto as a whole being space they inhabit, so all the locations were public or exterior locations.

Music is obviously a key aspect of Ballroom culture. How did you look to approach the aural palette of Haus?

My Composer Ben Hamr knew very little about Ballroom ‘Bitch Tracks’ but while collaborating really listened and learned allowing for James Baley to record low-quality vocal chants into their phone before being mixed and mastered into an authentic Ballroom track. This method is reminiscent of the low-quality recordings in iconic vogue tracks from the 90s and 00s in New York City. 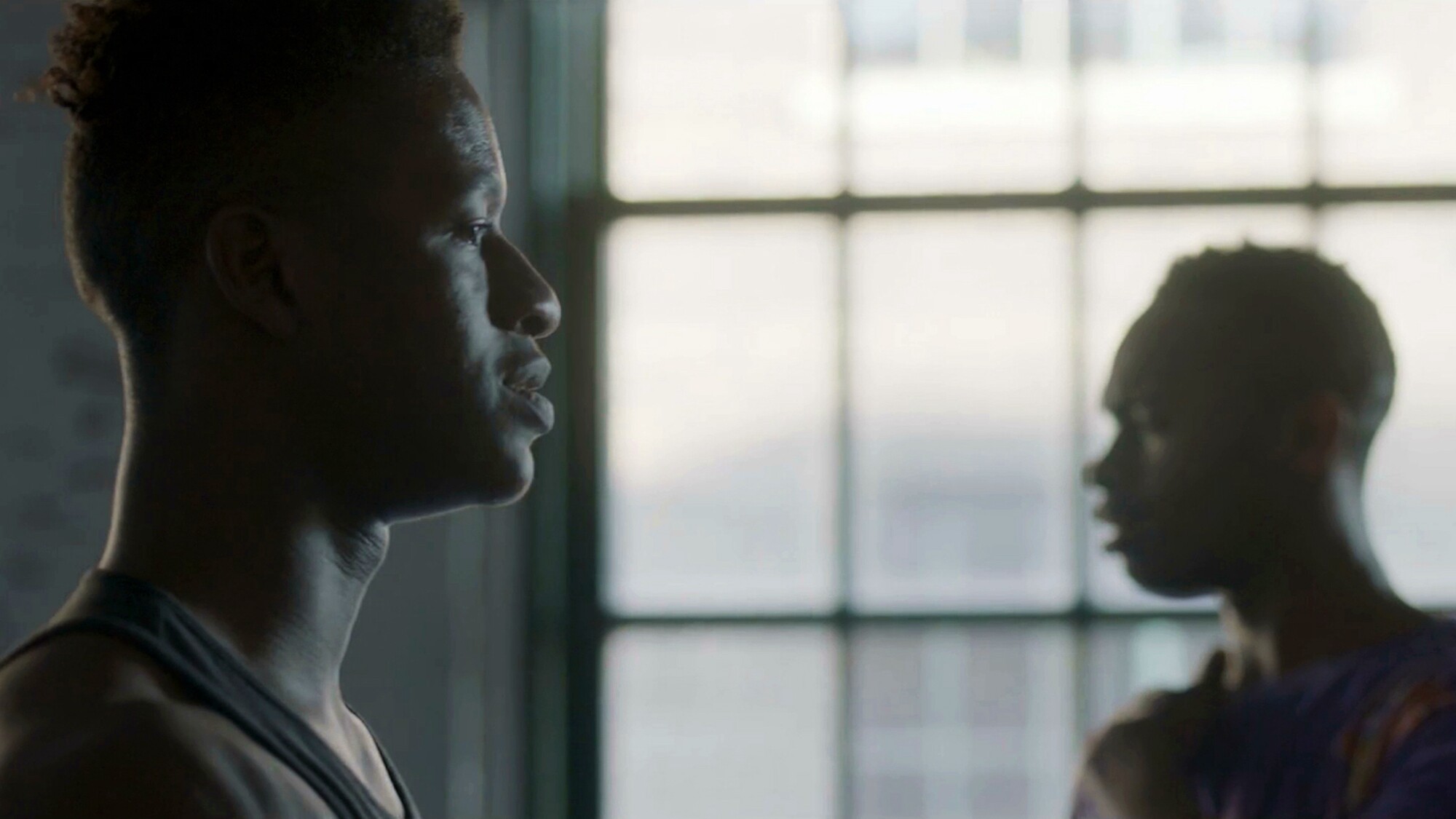 I wanted to ask about the reception to the film. Given how intimate and personal the experience of making it was, it must’ve been rewarding to see it get a reception at Vancouver and Clermont-Ferrand?

When the film was mastered, I applied to festivals, receiving the award of a concession from TIFF called the Avrich Fund, which gave me a pass at the festival that year. The film was then screened at Vancouver International and many other North American Festivals before being selected for Clermont-Ferrand’s International Competition in 2019. I was floored, to be honest. This small film made almost entirely by me and my community, in my bedroom, was going to screen alongside Oscar-nominated short films. There were two other Canadian live-action shorts selected for competition at the festival that year, both of which would go on to also receive an Oscar nomination for Best Short Film.

This grassroots method of filmmaking, however limiting, felt intimate and allowed for the cast and crew to truly connect and engage with one another.

Haus was very well received at the festival and I was able to then secure funding for my first feature the following year as a result. From development to the film’s premiere date, the project took about a year and a half to complete, again, as a result of a self-reliant production team of me, myself, and I.

What was it like working with James and Mark-Ché and developing their on-camera chemistry? Did their existing friendship break down the necessary barriers for you to capture them honestly?

The star quality of both Mark-Ché and James is undeniable, and it was my job to help mold that into the narrative, while also listening for opportunities to develop their characters through observations of their real-life relationship. That being said, the two were in a tough spot friendship-wise at the time I cast them, so I believe it was partially through their characters’ friendship that they were able to grow closer and move past any temporary differences they had been experiencing.

Ultimately the friendship they had didn’t make it easier, because there was history there, and removing emotions outside of the workspace was near impossible. I, however, prefer to work in an environment that feels more genuinely complex and this was able to give the film a nuance by giving the audience a true connection to follow. I find that the tensions and connection they share in the film are because they genuinely care for one another and were able to trust the process with me and with each other. The two are still close friends of mine. 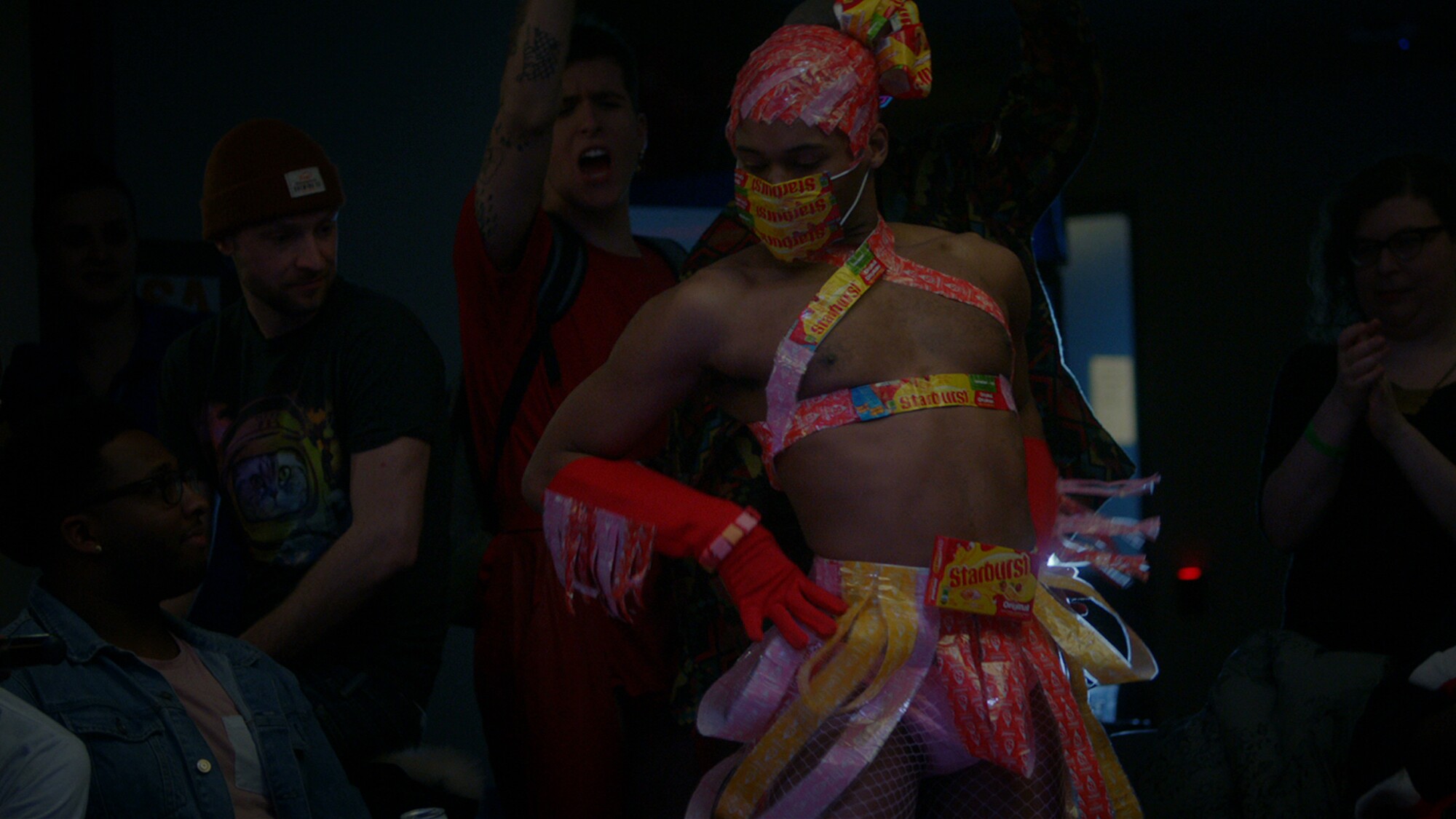 What did you learn about the Kiki Ballroom scene from getting personally immersed in it?

The Kiki Ballroom scene was made to support young queer people who wanted to engage in the scene without needing to be a part of an official house or travelling to an official ball, typically in Chicago or NYC. These spaces are energized and electric with talent and diversity but are also a serious showcase of talent and exhibition. I fell in love with the scene years prior to starting the film by walking the ‘Butch Queen Face’ category a few times and placing well. It was because of the film that I would get my first grand prize trophy when I walked for ‘First Time Up in Drags’ in 2018. This began a chain where I became fairly immersed in the community. The love and connectivity of this community are fiercely loyal and passionate, and to have that as a queer person in a major city is a blessing.

I have also just finished my first feature where some of the casting was from these previously made connections to the scene. I hope to continue showcasing the immense talent in this underbelly culture to film media for as long as I can. It feels raw and exciting to me. The story editor in my upcoming feature film is a legend in the Toronto Kiki scene and she eventually went on to star in the film as well.

Is there anything you can tease us with about that feature and what you’ll be working on soon after?

My next film project is my first feature film and it is set to be released in 2022. My team and I completed production in July of 2021 and I am currently in finishing post to be completed in the coming months. The film follows the lives of three adolescent queer friends who become enraptured in the local nightlife scene over their summer break before a missing person pulls them back into the reality they’ve chosen to abandon. The film is a coming-of-age story through a visceral new lens, where we break the queer genre tropes so often explored in cinema. This colour gang of glittered kids moves through the city like they own the joint, with agency and the beautiful naivety that most queer kids in previous generations were never afforded. The film is heavily influenced by ballroom culture through the soundtrack and really explores the dynamics of culture and queerness through the perspective of three unique kids from different experiences.