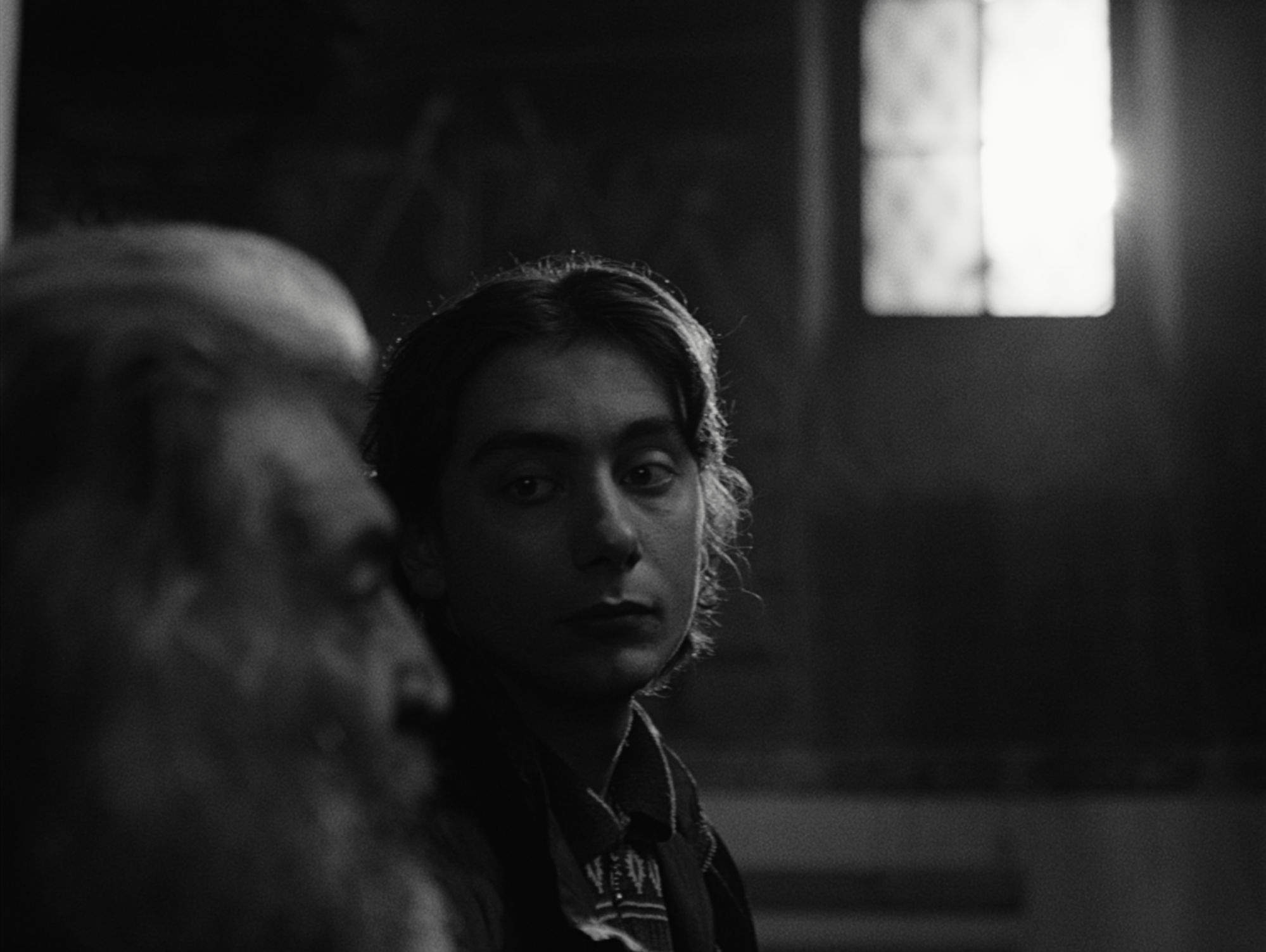 After working for many years together in advertising, Max Barron and Michael Woodward direct their first live-action short film Three Meetings of the Extraordinary Committee under their joint filmmaking project JONES, which premiered at the Clermont-Ferrand International Short Film Festival last year and is now in the running for Best British Short at the BAFTAs. Set in the small Bulgarian village of Dobre, the story is an allegory of why people believe and follow things that probably will never happen. In this case, it’s a ‘Unicow’ – a bovine that can produce a thousand times more milk than a regular one. No matter how absurd and unbelievable it sounds, the village’s committee is determined to go all the way, even if it means total defeat by the end. We caught up with JONES’ Max Barron to discuss the narrative power of allegory, the importance of the correct music choices and why they wanted to tap into the underappreciated nuances of black & white imagery.

You‘ve been working with Michael Woodward as JONES mostly in the world of advertising, how was it to direct this film together?

Well we started in advertising, but we’ve done some fiction work before, and we’ve worked together for a long time, so there were no surprises there. As always, the nice thing about making fiction is that you only have to concentrate on telling the story you want to tell in the way you want to tell it. With advertising, you are also selling a product so there are many more creative restrictions (although usually many more resources too!).

Three Meetings of the Extraordinary Committee tells the story of a small town’s committee voting for this you could say ‘super cow’ to industrialize its dairy industry. How did you come up with the narrative?

The Unicow is certainly a radical improvement on the traditional cow. I’m not sure that it’s industrialising the industry, but it promises to make it thousands of times more efficient and productive. In that sense it could be a metaphor for tech products, for example. On one level, the story is an allegory – an examination of why people choose to believe in things that are almost certainly not going to happen, and why they become even more committed to those beliefs as the thing gets further and further away from happening. It feels like we are living through a shift away from rationality and towards emotion in the way we respond to the world. Which makes sense, given how badly the supposedly rational ideologies of the 19th and 20th centuries have failed to deliver the world they promised. So it’s really a story about that. But it’s also about an imaginary cow. So on another level, it’s an absurd comedy that we just found funny. We’ve always worked with comedy, and with this film we were trying to find a way to use humour to say something (hopefully) interesting.

Allegory can be a useful tool to take an idea out of its specific context and allow you to see it more clearly. The small village where the story is set is another example of that. We were trying to make a universal point – not a point about one specific place or set of people. Recently an awards jury said that the film reminded them of George Orwell’s Animal Farm – that was probably the most astute comment we’ve had about the film, in terms of where the inspiration came from. It didn’t come from that book, but maybe it came from the same place that the book did. 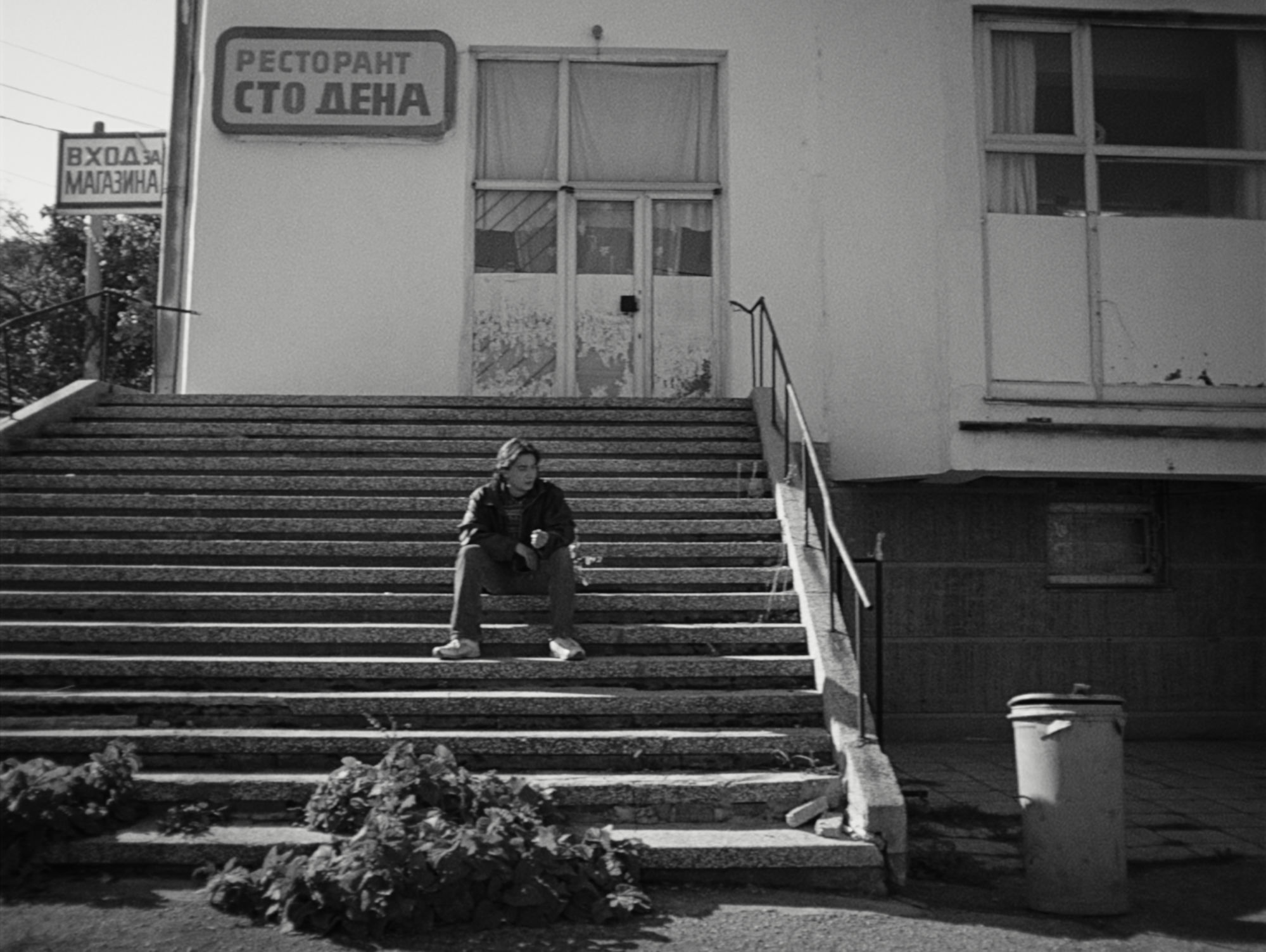 What was it about Bulgaria as a location that made you want to shoot there?

We have shot many times in Bulgaria before and always had a brilliant experience. The cast and crew there are of the highest quality, and also lovely people. It’s a great place to shoot, and it felt like a good setting for this story – to take it away from a British or American context, whilst preserving some themes that are relevant.

As a post-Soviet country, Bulgaria has seen a huge and brutal de-industrialisation and reorganisation of its economy that is like a very extreme version of what happened in the UK/US/Europe through the 1980s and 90s. It was quicker and more intense, but the principle was the same. People’s way of life and reason for getting up in the morning was taken away, and in its place, they were given a vague promise of a better life. So it’s not terribly surprising if they now cling onto that hope for a better life, even when it takes new and different forms that the architects of the original promise perhaps would never have envisioned.

We always knew we would shoot this in Bulgaria, and it was written with that knowledge, but it is more a location than a setting if that makes sense.

Allegory can be a useful tool to take an idea out of its specific context and allow you to see it more clearly.

The committee consists only of five people, but you feel the political tension between them as they come from very different backgrounds. How well were you familiar with Bulgarian politics? Did you do research before writing the script?

As I say, the film is not intended to be about Bulgarian politics. It’s about human relations and the structure of belief. It just happens to be set in Bulgaria. I am relatively familiar with the broad strokes of Bulgarian politics (I’ve spent a fair bit of time there, and have some very close Bulgarian friends), but that was never in our heads when writing the script.

There was a funny and nice moment in rehearsals, where the cast and some of the crew were asking us how we were able to capture such an accurate picture of Bulgarian society. To us, that confirmed that the story is universal. The same problems, characters and themes we see in the UK, the US or across Europe also exist in Bulgaria. There are textural differences of course. The way they talk about Turks, certain British people may talk about the French or Germans, or vice versa. But people are people, whatever language they speak. That was a fundamental premise of the idea.

Who did the casting for the film? Did you work with a local casting director?

Yes, we had a brilliant local casting director called Milena Kaleva. She’s based in Sofia. The actors she found are extraordinary, and she has our eternal gratitude.

What led to the decision to shoot in black and white?

In keeping with the allegorical language of the story, we wanted to make the film feel timeless, and to have a simple, almost elemental quality. Black and white is a beautiful and under-used medium in film, compared to say photography. It feels like there is a weird idea that the advent of colour was an ‘improvement’, and therefore to make something in black and white is choosing to ignore that advance – like going back to lighting your home with gas lamps or something.

To us it’s just a choice, and that depends on the story. If you want to make something very modern and realistic and to convince the audience that it’s real, colour makes perfect sense. In our case, we were telling a story that’s more like a fable so the fewer variables we introduced the better. It’s also a more beautiful medium than colour for us because the nuances in the image are more subtle. In fact most of the frames contain neither black nor white, but everything in between.

The music in the film is a major component, it feels like something you would hear at the communist party conventions. Can you tell me more about the choice of the soundtrack?

That’s a very pleasing comment. The music was chosen very late in the process. We experimented with a more traditional film score, even something that would emphasise the comedy, but in the end, we decided that the music should feel like it was played by the Committee themselves and take itself as seriously as they take themselves. We also liked having this triumphant but repetitive melody that keeps coming back exactly the same, to remind you that even though they keep having meetings, they are essentially getting nowhere.

We were telling a story that’s more like a fable so the fewer variables we introduced the better.

There is actually something darkly funny about that very bombastic Soviet music, which is intended to project power and glory and forward momentum when you contrast it with the reality of life under Communism, where nothing at all was mostly happening. It was just people having to pretend to believe in something they could see was a lie. That has an obvious resonance with our story. All that is a very rational way of explaining it, but those things translate into a feeling in the music that somehow makes it fit the film. 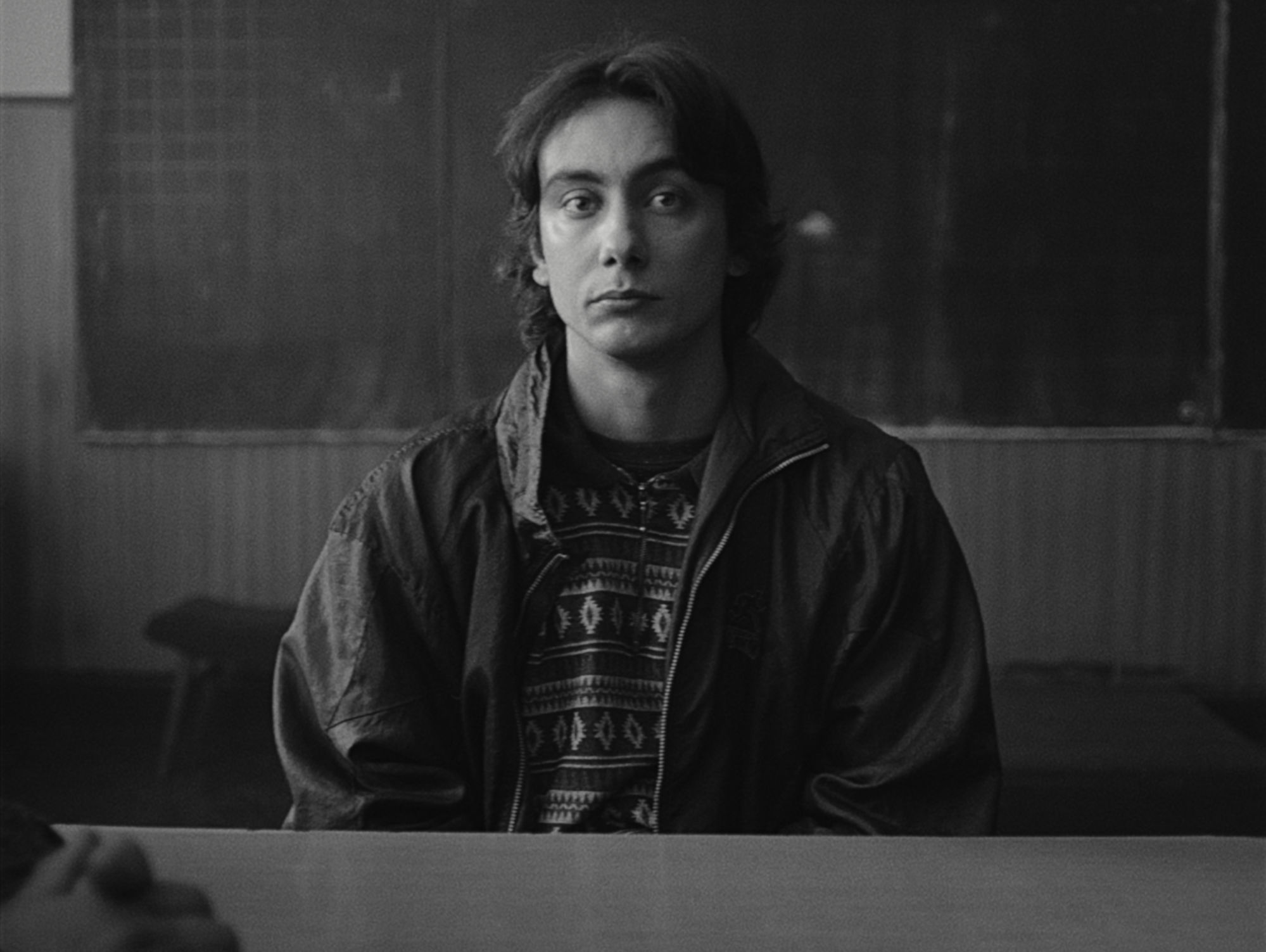 The film celebrated its world premiere at Clermont-Ferrand Film Festival and now is nominated for a BAFTA. What does that kind of recognition mean for you as filmmakers?

Both of those things are a huge honour for us, and we are delighted and grateful that the film has been received so well. As a filmmaker, you are mostly just trying to tell your stories and hoping for someone to engage with them. When they do, it encourages you to keep going. Particularly as a writer/director, the process is a lot about trying to overcome inertia or rejection. If you can persuade yourself that anyone else cares about what you are doing, it really helps you to get through that. So both of these accolades make it feel (perhaps wrongly) like someone is listening to what we’re trying to do. That is all we ever wanted.

Are you working on something else right now?

We have a feature script in development that is an expansion of the themes and tone we explored in Three Meetings, although it’s an unrelated story. We also have a TV series project that we are very excited about, but getting that made will be a lot harder, so maybe that’s one for the future. Both stories are comedies, but with a satirical tone and a social/political edge. That’s something we’ve really discovered through this film – that we don’t just want to make people laugh. We would love to give them something to think about as well.

About the Author / Ieva Šukytė