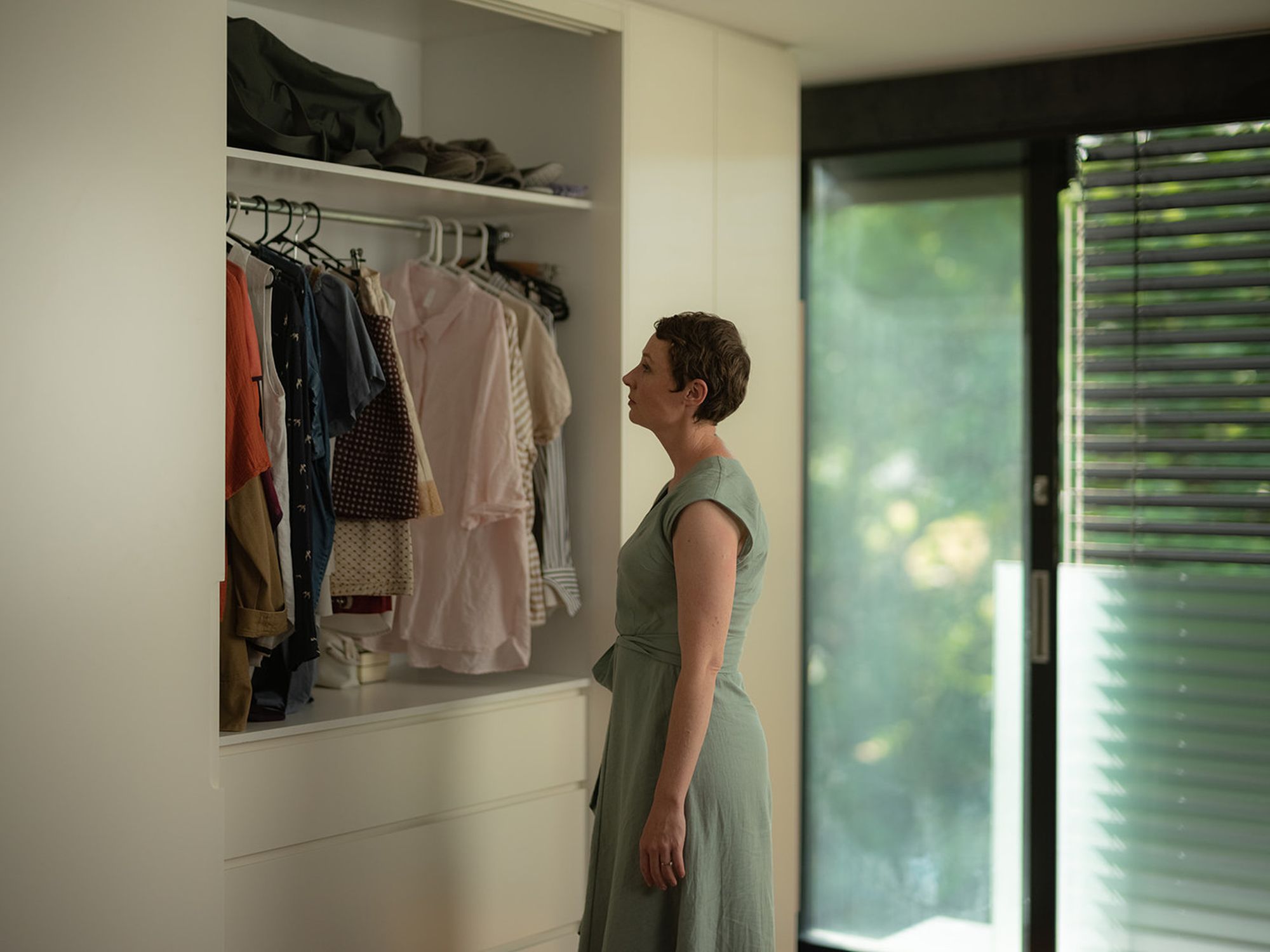 In his arresting, thought-provoking directorial debut The Most Wonderful Day Of The Year, Australian Director Harry Windsor takes a nuanced journey into the feelings of dissatisfaction which push some people to hit the reset button. Through the eyes of a young mother whose home and life seem to brim with the supposed markers for happiness, we see what happens when the question of how satisfied you truly are is given the chance to develop into life-altering action. It’s a feeling that many of us entertain in idle ‘what if’ thought experiments but rarely follow through with and one which echoes Windsor’s own hesitant move from the world of film journalism to helming his first directorial project. Ahead of today’s online premiere of The Most Wonderful Day of the Year we had the opportunity to probe Windsor about his detailed and studied prep work for the script, how choices about the film’s aspect ratio were made to add to the lead character’s sense of claustrophobia and the wise words of advice from Director Jennifer Kent that encouraged him to make the leap into directing.

The film does a fantastic job of capturing the pervading feeling of ennui which can push someone to give up their ‘perfect’ life, what made you want to broach the subject?

I spent Christmas by myself at home a few years ago. In the afternoon I went to buy groceries and the streets were empty; it felt apocalyptic. Walking past a laneway, I noticed a man and a woman sitting inside a car in an otherwise empty lot, facing each other over the gearshift. It was clear they weren’t going anywhere, and there was something incongruous about that image, on that day. It was the seed for what became this short film, which evolved to become about a certain kind of dissatisfaction, one you can’t necessarily attribute to any single external factor, but no less real for that. Setting it at Christmas felt right, so-called festive days can provoke real melancholy, as we know.

In retrospect, I can see how I imprinted my own experiences onto this story, though I would describe it as personal rather than autobiographical. I spent the first two years after university living at home, unemployed and isolated, feeling like I’d been left behind and would never catch up. The main character’s line about waiting for her life to start therefore felt true to me, though I was terrified it would sound overwritten. I think we got away with it thanks to Jessica Wren, our lead, who managed to convey complex, contradictory emotions in every take, emotions flittering across her face without her seemingly ‘doing’ anything, she’s a proper screen actor. The script was quick to write, a couple of drafts and it was very spare. Single-line, haiku-style, very Walter Hill. I was reading plenty of Raymond Carver at the time which influenced the writing. 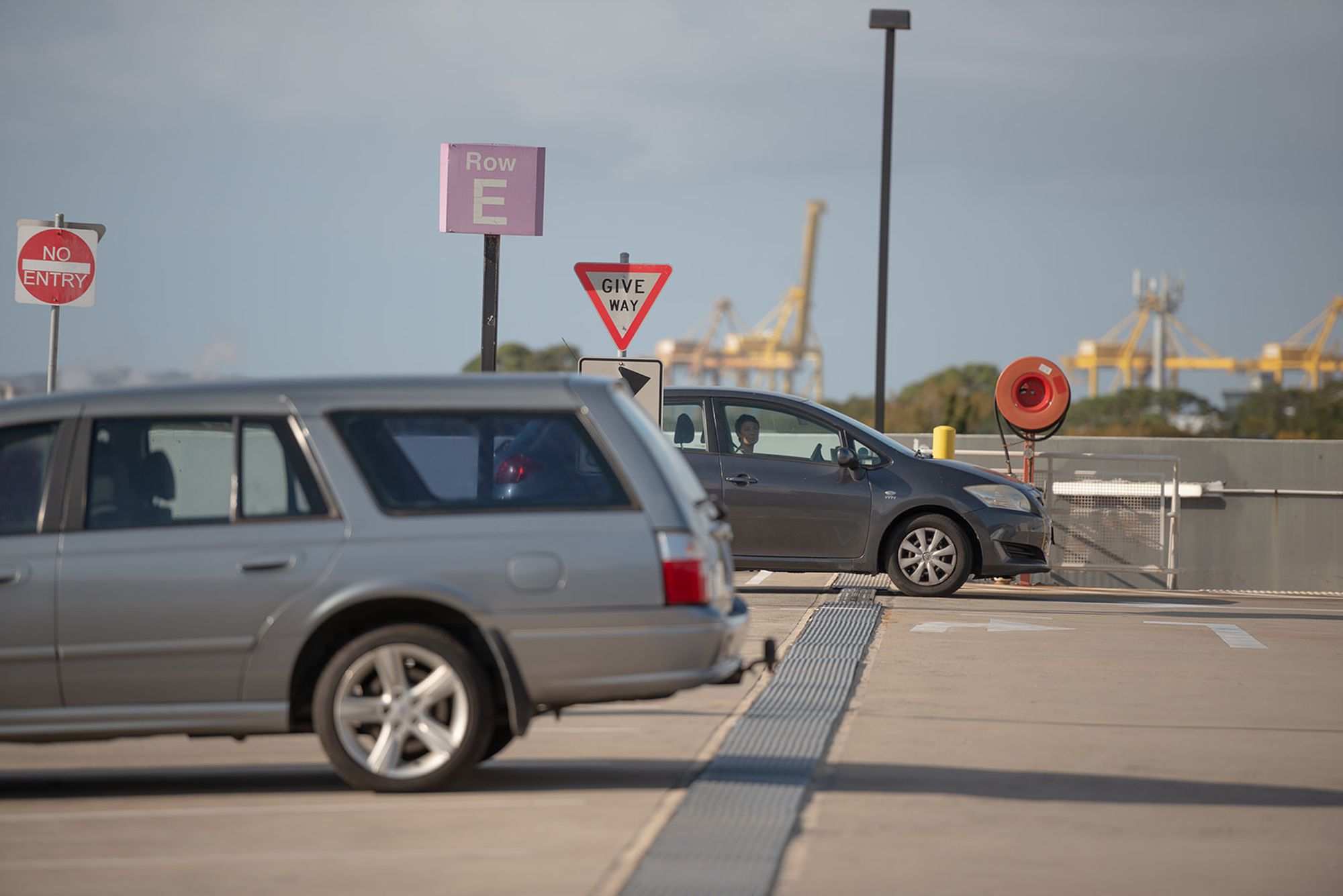 What other sources do you draw inspiration from in your creative process?

The short was conceived during lockdown so we had the luxury of taking our time. One of the first people to read the script was Cinematographer Grégoire Lière, and his enthusiasm was hugely encouraging for a first-time director. We watched films together and swapped visual references, from contemporary photographers such as Tajette O’Halloran, Jarod Lew, and Alexis Pazoumian. Filmmakers like Qiu Yang, Jonathan Glazer and cinematographers Harris Savides and Mátyás Erdély. We also delved into Victorian-era painters such as William Quiller Orchardson. Orchardson’s painting The First Cloud hangs in the National Gallery of Victoria, and it captures the beginning of the end of a marriage. We liked the sense of the characters dwarfed by their surroundings, as though not fully in control of their own lives. Ditto the composition of figures in space, in a tableau wide enough that every gesture, the way one body inclines towards or away from another, speaks volumes.

In retrospect, I can see how I imprinted my own experiences onto this story, though I would describe it as personal rather than autobiographical.

In addition to talking through ideas about framing, this period of prep also helped to establish a strong sense of one another’s taste in lighting. We’re both comfortable with low light and shadows, but we also knew the short was set at the height of a Sydney summer, and we had to honour that. It would be a balancing act between real and not-quite-real.

How did you move into the more practical sides of the production?

We must have visited most of the rooftop car parks in the city while scouting locations. We settled on the one you see in the film and in part decided on the 1.33:1 aspect ratio because it best showcased it. The choice felt thematically right, too, cliché as it might be, at this point we hoped the boxier screen would underline the character’s sense of claustrophobia, quite literally restricting her in the centre of the frame.

Finding our primary location was a trickier proposition and we nailed it down only days before we started shooting. We eventually found an Airbnb in the inner west. We were helped by the pandemic here as the place had been sitting empty for most of the year, so the owner was just happy to have a customer, even if he came with a film crew of 20+. Our production designer Ella Butler dressed the place with a highly specific sense of suburban, middle-class clutter, and it was her suggestion to shoot the final sequence through the window (rather than a doorway, as per the script). That scene was a real geometry puzzle to figure out, and it’s the one of which I’m most proud.

I liked starting the film with a shot that’s expansive and ending it with one that’s very much enclosed. From a sense of possibilities to their closing off.

The shoot went smoothly. Grégoire and I were highly prepared, having drafted and re-drafted the shot-list endlessly, and the sparseness of our approach with limited and often static set-ups, allowing scenes to play out helped us get through it. The biggest challenge was sticking to my guns whilst also remaining open to the best ideas. I didn’t want to be a defensive or inflexible first timer, but distinguishing between a better idea and a potentially destructive one on a dime when time was running out and I had to make a quick decision wasn’t always easy.

I very much wrote the transitions into the script, so the editing process was straightforward until it wasn’t. Our Editor Stewart Arnott and I kept changing our minds about the opening. There was one version that started much more subjectively, with her in the car, and we certainly had that footage, but ultimately we went with the wide. In part because I liked starting the film with a shot that’s expansive and ending it with one that’s very much enclosed. From a sense of possibilities to their closing off. 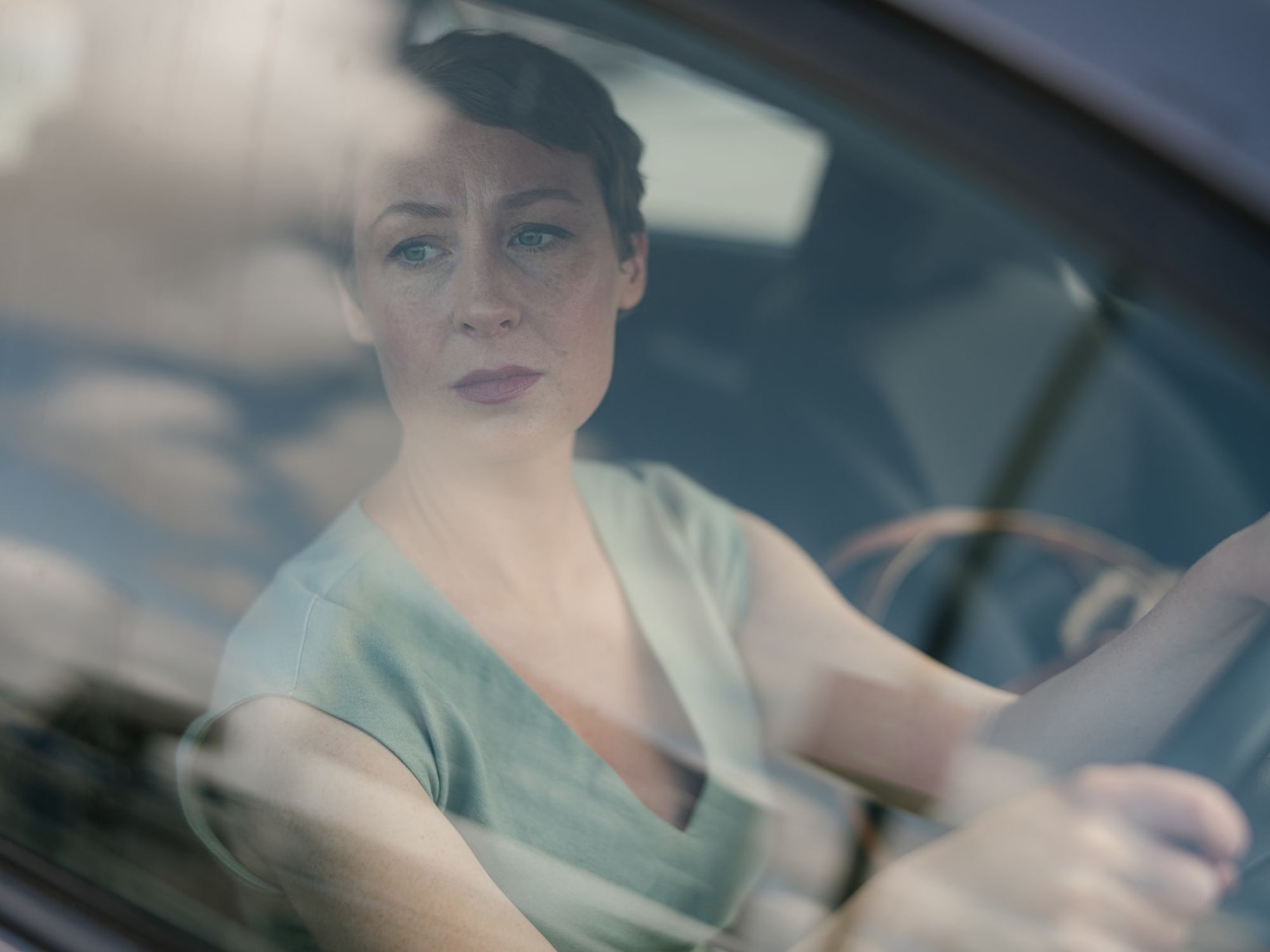 You mentioned the joy of working with Actor Jessica Wren, how did she and the rest of your cast come on board the project?

I went to high school with Andrew Cutcliffe, who appears in the film and produced it. I thought he’d be perfect for the role of the father spinning plates because that’s exactly what he is. Andrew had worked with Jess before and sent me her headshot. I thought she was the right age, watched some of her work, and had a conversation on the phone. Jess really understood the fact we weren’t going to hang this character’s dissatisfaction on something obvious: an abusive husband, or whatever. Because sometimes there isn’t that very obvious and sympathetic reason, which makes the decision to leave even more baffling to friends and family. Nic Cassim is an actor I’ve loved since seeing him in Mr Inbetween, and he brought a great mischievous warmth to the part. The casting process was fairly informal, having an actor as a producer helps in going around agents.

What made you want to move into directing from journalism? What there a particular catalyst that galvanised you into making the jump?

I never went to film school. I came to directing in a roundabout way after years of denial and plain old fear. I’ve been covering film and TV as a journalist for years, writing for The Hollywood Reporter as well as Australian outlets and it was as a critic for THR that I attended the Venice Film Festival in 2019, a year in which three Australian filmmakers, Shannon Murphy, David Michôd and Benedict Andrews were presenting films. I interviewed them all, and realised that I actually wanted to be doing what they were doing… a fact which I’m sure was embarrassingly obvious to each of them!

I came to directing in a roundabout way after years of denial and plain old fear.

As it happened, I’d spoken to Jennifer Kent about The Nightingale earlier that same year. She recalled working with Lars von Trier on Dogville when she was just starting out before she’d made anything and the liberating realisation that directors are human. “That might sound ridiculous,” she told me. “Of course all directors are human. But it’s easy as a new director or wannabe director to think there’s people who do these miraculous things, and then there’s the rest of us. But what I realised in seeing Lars go through that film was that he struggled, like any human, and he got tired, and sometimes he didn’t get the scene. And I thought, okay, so I don’t need to be perfect. Just get in and do it, and it’s in the doing that comes the learning.” I took her advice. My training, such as it is, is an accumulation of experiences: watching films and reading about them, observing filmmakers and talking to them, and forming a strong sense of my own taste over years of passionate engagement with the form.

A family drama set in Eden, an old whaling port on the south coast of New South Wales.