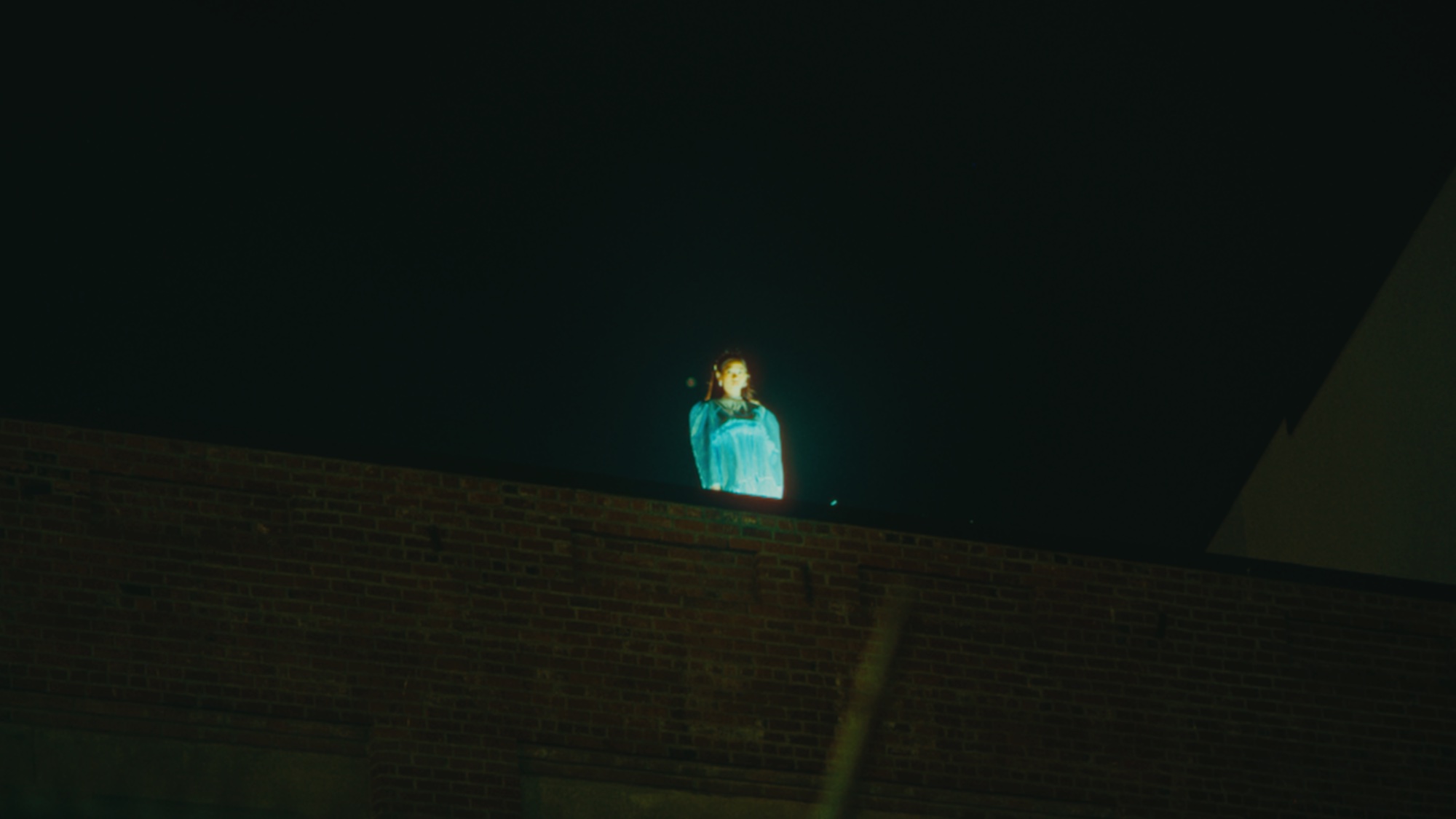 For Alex S. Yu’s latest collection, Director Kevin (Jin Kwan) Kim has created a fashion film which pays a strong homage to the cinematic legacy of Wong Kar-Wai. Kim specifically echoes the visual aesthetic of Happy Together and Fallen Angels for his short Capsule 003, incorporating the camcorder visuals of the former and the wide-angled haziness of the latter to tell the story of a relationship between two young women. The result is a work which highlights the timeless stylishness of Wong Kar-Wai’s films and how the director’s signature visuals can be reworked and moulded to different formats and still retain the melancholic sense of longing that has come to define the filmmaker’s widely influential oeuvre. Directors Notes invite Kim to speak to us about his journey on the film, and the ambitious challenge of technically pulling off the award-winning style he was aping on a limited budget.

How did a fashion film, inspired by the work of Wong Kar-Wai, come together?

It all began when Alex, the designer, approached me to make a film for his collection to play on the runway at NYFW. We’ve collaborated before and I knew he always gave a lot of creative freedom so I was super down. His collection this season was inspired by the works of director Wong Kar-Wai, who I absolutely love. I immediately knew that the film would be a homage to his work as well, specifically, Fallen Angel and Happy Together.

My DP Peter CS Lee worked hard to get us the closest look to Wong Kar-Wai’s films as possible.

How did you technically look to translate Wong Kar-Wai’s signature filmmaking style into the specific format of a fashion film?

The two characters in Capsule 003, Jiajia and Xiao Wen are parallels of Fai and Chang from Happy Together. Two individuals who met through fate, but are bound to split up in a moment’s time. We make a special homage to them with the hand recorder that Jiajia hands to Xiao Wen. Of course, we couldn’t forget Wong Kar-Wai’s signature visual elements such as the step printing and the extremely wide lens used in Fallen Angel. My DP Peter CS Lee worked hard to get us the closest look to Wong Kar-Wai’s films as possible. We actually almost even got to use the same lenses that they did (Kinoptiks) but it wasn’t ideal with our camera sensor (Red Gemini) so we ended up going with these vintage Russian lenses that had a lot of character and a unique flare to them.

Was it challenging to achieve that look from a production standpoint, did the budget allow for that kind of artistic scope?

Our budget was pretty minimal; most of the team were friends or on as volunteers and most of the gear were sponsored. We had a strict eight hour limit with the models as well so made sure to use our time well. We kept it all in this one block of our city, Vancouver, which was relatively quiet at night. We made a clear and concise shot list and did what we could within our restrictions. As with any project, it would have been nice to have had some more time and locations for the models to interact with, but I’m very happy with what we were able to accomplish.

And did it come together smoothly in post? I imagine that’s another aspect of the production that would’ve involved some tinkering to evoke Wong Kar-Wai’s style.

Post production was tight but simple. I edited it myself and I had about a two week turnaround from shooting as we had to get it ready for NYFW. Patrick Gong, the colourist, did a beautiful job in recreating the analogue look and Ayana Madi, our sound editor, wrapped everything together nicely.

What is your storyboarding process? There are so many great shots in the film. Did you scout the location to devise them or were they created as a direct homage to shots in the films you were drawing from?

We definitely looked at a lot of shots from Wong Kar Wai’s work for inspiration – the close up smoking shot as well as some running shots were a direct homage to Fallen Angel and Chungking Express. However, we also had a very restricted environment so we scouted the area and planned out what kind of shots and blocking we could achieve within the given space. I don’t usually work with storyboards, but I did have a detailed shot list and also did some test shots with my DP on our scout.

We made a clear and concise shot list and did what we could within our restrictions.

What do you think it is about Wong Kar-Wai’s films that have given them such a rich legacy?

Haha, that’s a whole essay on its own. For me, the most compelling elements of his work are the themes that are always prevalent in his work. His films often engrave themselves in themes of love and the subjectivity of time, but all the while pertaining to feelings of loneliness and isolation. His characters and their relationships are always so memorable and of course, you can’t forget about his iconic visual aesthetic. These are all elements which I tried to apply in Capsule 003 as well, though I’m not sure how much I was able to achieve haha. 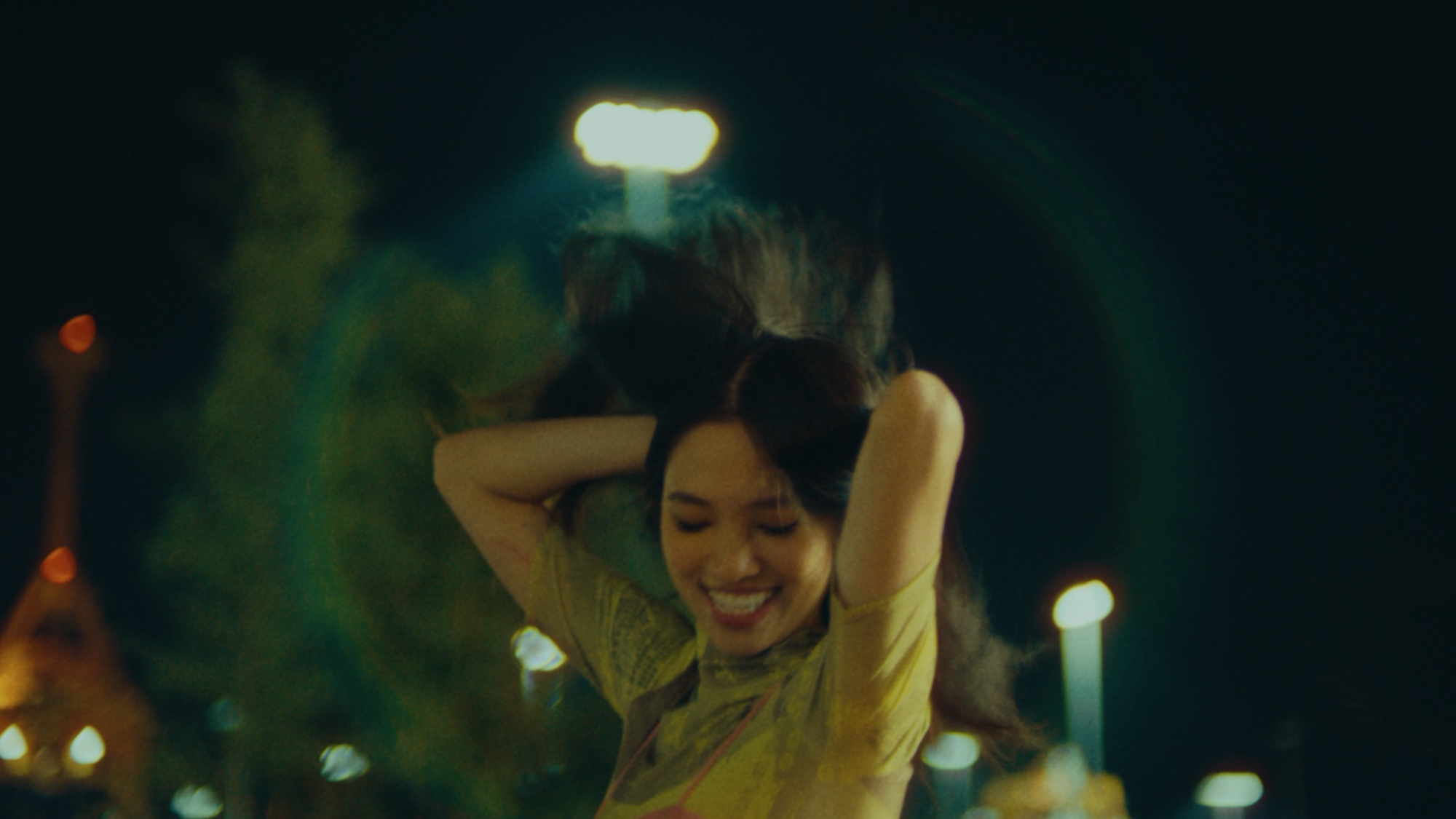 As a filmmaker, what do you enjoy about making fashion films? What do they teach you that you then bring to other projects?

When the designer gives you creative freedom and you connect to their ideas, I believe fashion films can be one of the most freeing, expressive forms of films that can be created. They are the perfect projects to try new things and be experimental as you express and capture the designer’s clothing and ideas. It helps me develop new skills and styles as a filmmaker which I can pick and bring on to future projects.

Currently, I’m working on a music video for local artist Mikey Jose about the “Quarter Life Crisis” which will be shot next month. I’m also developing my thesis short film called Split in Half which will go into production early next year. It’s about an unfortunate reunion of two Korean brothers who were separated at a young age due to an ugly divorce, with one growing up in Korea and the other in Canada.