Where the Woods End 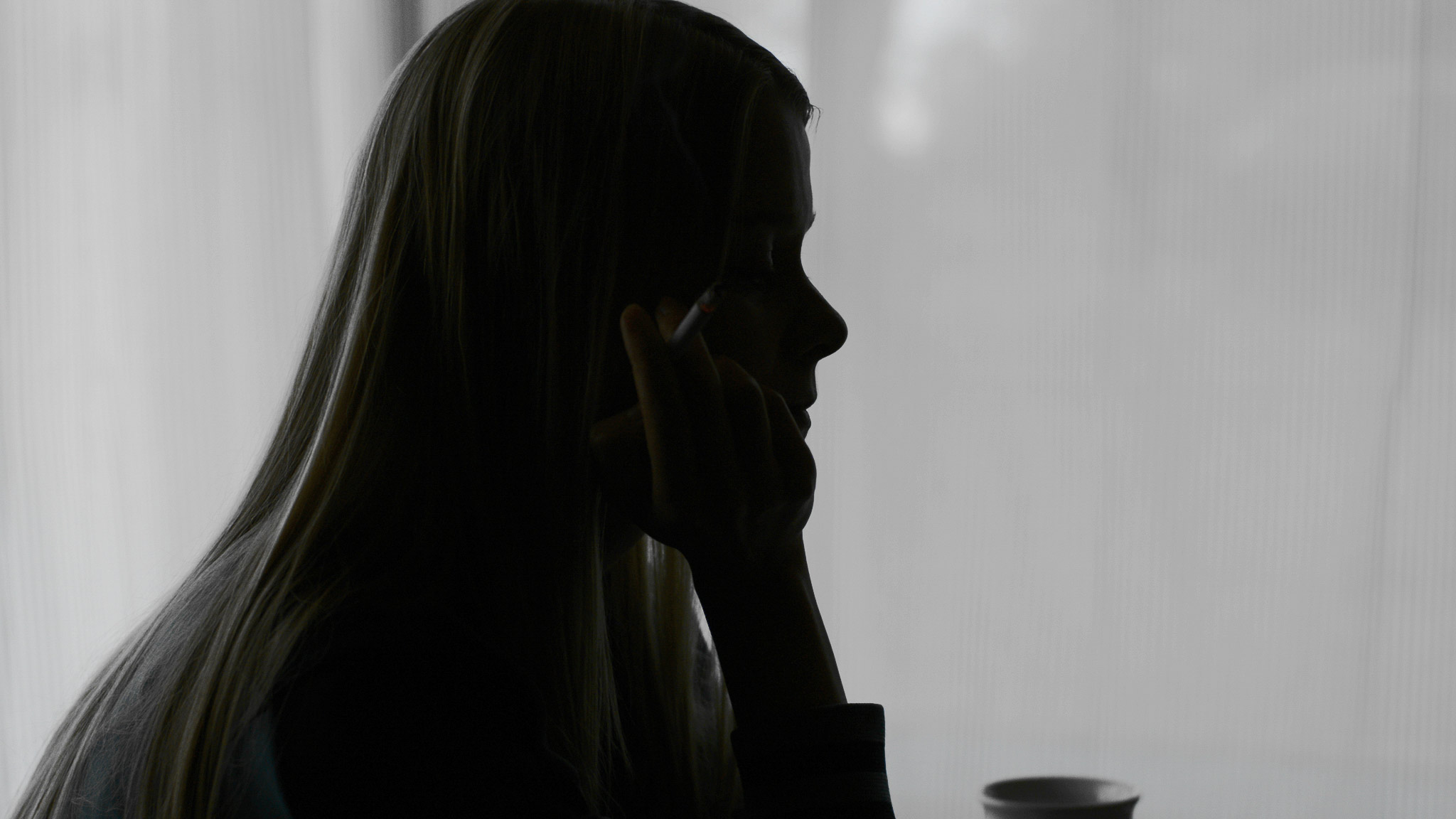 A winner of this year’s Foreign Narrative Student Academy Award, Felix Ahrens’ Where the Woods End (Am Ende Der Wald) follows the guilt-ridden actions of Elke, a young police officer whose life begins to fall apart after she fatally shoots an innocent man during a routine stop and search operation. Felix explains how true crime stories on the German/Czech Republic border provided narrative inspiration for his tale of self-recrimination, and the effect the oscar win has had on his burgeoning career.

You relentlessly reapplied for film school in Germany for four years before finally being accepted. Why was studying within the structure of a film school so important for you?

I am a step by step person. I have always wanted to start off with a good basis and that to me was film school. I am very thankful to be a student of Filmuniversity Babelsberg, although I have always been of the opinion that you can’t study film. Making films is so hard, so rough and you go through so much emotional terror. No one can teach you how to be disciplined, how to keep believing in yourself or how to never give up. But there are those two huge advantages a film school can offer: fellow students and equipment.

Although not directly based on a true story, many of the elements of Where the Woods End have a basis in reality. What were the events which inspired the film and how did you and co-writer Lucas Flasch reform them into Elke’s journey of guilt and regret?

I read an article on German regions that border to the Czech Republic. The article described how the crime rate in those areas had increased up to three times between 2009 and 2015. It also gave information on how easily crystal meth is produced and smuggled into Germany. I am very interested in crime stories, drug smuggling and violence. So I kept on researching and got together with Lucas and we started to develop a storyline involving the facts I read about right away. Meanwhile, an officer in Munich shot an 18 year old in his occiput for dealing marijuana. He claimed to have aimed at his leg. So then one occasion led to another and we came up with the idea of an officer who shoots an innocent Czech on the boarder to Germany.

I am telling you… Replacing your cameraman in the middle of a shoot kills you!

You’ve long wanted to work with Henrike von Kuick, was this written with her in mind? What work did the two of you do together to arrive at her emotionally raw performance?

Henrike von Kuick was always on my mind as the lead while working on the script. I have known her as an actress for quite some time and there is something very special about her appearance that has always made me curious. We discussed the character and all the emotions Elke is going through. Henrike always said she can only be as good as the team. So on set I tried to get as much concentration as possible. With difficult scenes, I would always ask for 60 seconds of silence before I went on and said “action“. This definitely helped her to stay in Elke’s mood. 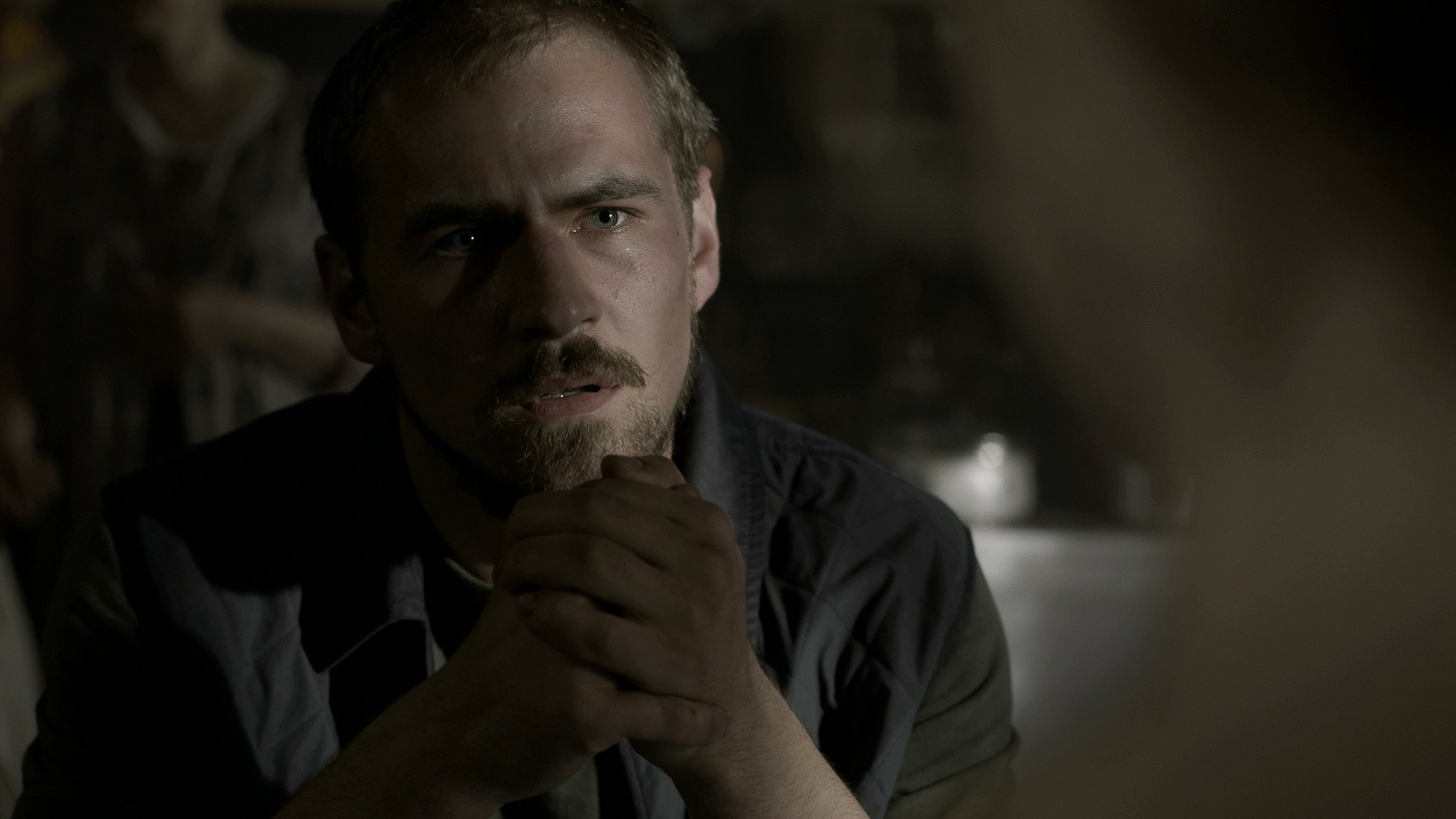 I believe that securing the Czech cast wasn’t an easy task, how did you finally manage to fill the roles?

It really wasn’t that easy… Before the shoot, I had never been to the Czech Republic, nor did I know anyone from this country. I had no budget for a casting director, so I was panicking when we got closer to the shoot and I hadn’t found any Czech actors. In the end, I borrowed a friend’s car and just drove to Prague. I slept a week in a cheap hostel and ran around like a crazy person, looking for actors, telling everyone about my film. Eventually I met people on the streets, in bars, and people from the Czech drama school. I told them how in need I was of Czech actors and set up an open casting in Praque. Luckily my work was rewarded! After days of casting I found my amazing cast! I was truly relieved.

What led to your use of two cinematographers and what did you shoot on?

We shot the film on Arri Alexa. The opening sequence is shot with a drone, a DJI Phantom. I saw some drone footage of the German-Czech border on TV News and thought this is it, this has to be the opening of my film. When I called my cameraman and told him of my idea he was thrilled, so we immediately started researching drone pilots. The reason why I worked with two cinematographers is not a particular one. Stephan, with whom I developed the visual design of the film got really sick during the shoot. It was awful but luckily we found Sabine to replace him. I am telling you… Replacing your cameraman in the middle of a shoot kills you! But somehow we managed to do it and Stephan recovered after the shoot.

In August Where the Woods End took away a Student Academy Award, has that win had a noticeable effect on your career?

Winning a Student Academy Award was, until now, the best thing to happen to me. It’s a blessing, really. I have never had this much attention on a film like that! So that definitely has a noticeable effect because I get invitations from producers who really listen to me.

What projects do you have planned for the future?

I am going to shoot my first feature length film at the beginning of 2018 in Germany. The film is called Distant Lands and is about a young girl who is forced to smuggle guns from Croatia to Germany, via Austria and the Czech Republic. It has a lot in common with Where The Woods End – it’s also a combination of drama and thriller. I have brilliant management in Los Angeles, so in the meantime we are looking for scripts for my Hollywood debut. A couple of months ago I wouldn’t have had the guts to say this, but since winning the Student Academy Award, a lot of doors have opened and I am confident that I will be working in both Germany and the US in future.