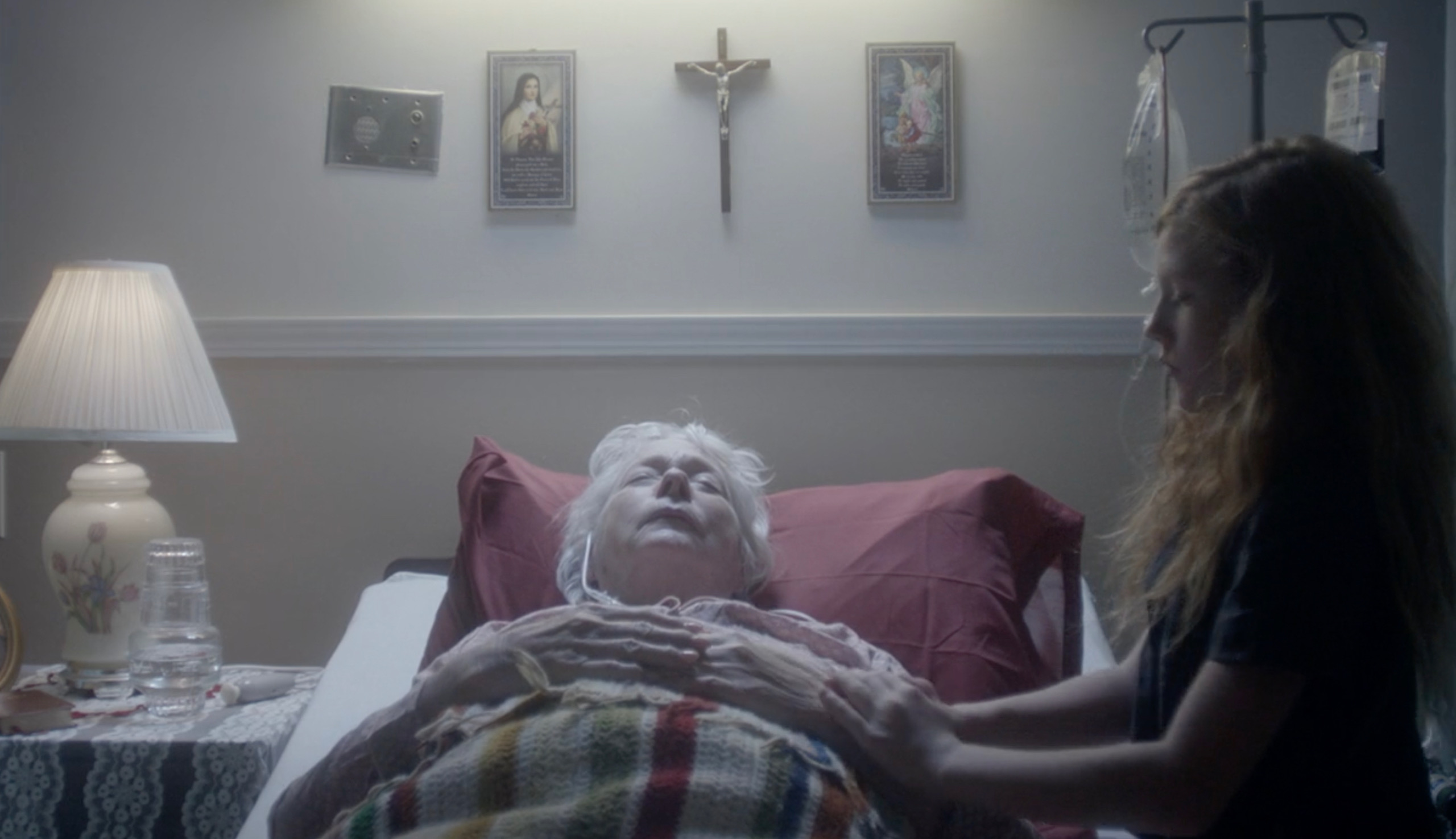 Inspired by a disconcerting question from her young son in the dead of night, Mylissa Fitzsimmons’ (last seen on DN here) unnerving horror short Who Decides sees a sick elderly woman and a young girl wrestle with the age-old question which has occupied human thought for millennia, who decides when our time’s up? A winner of the Sun Valley Film Festival Short Film Lab, I spoke to Mylissa about spreading her creative wings on a higher budget project whilst remaining cognisant of the core elements and values intrinsic to her filmmaking.

What got the ball rolling on this eerie story about death?

Who Decides is the 2017 Sun Valley Film Festival Short Film Lab winner. I’d wanted to explore the horror genre for a while and Who Decides was my first attempt. Exploring themes of death and how one’s beliefs play into the afterlife.

However, my main inspiration for Who Decides was my son. Once in the middle of the night he came into my room and stood over me. When I woke up to see if he was ok he was just standing there staring at me, thinking he was sleepwalking I told him to go back to bed. He just looked at me, then bent over and whispered, “Who decides when it’s time for you to die?” In the morning when I asked him about it he had no recollection but stated matter of factly, ”I bet Death gets annoyed that God takes all the credit every time someone dies”. It was that funny little comment that gave me the seed to write the short film.

I thought it was kind of funny to make Death test people and depending on their answers Death decides if it’s their time and where they go.

How did the project progress from there?

I had written a few short film scripts before the but I had never entered any into a contest so this was a new challenge for me. Winning was great but this was also a new experience for me, working with a slightly higher budget than I had in the past. The budget allowed me to work with SAG actors, in proper locations, shoot on an Alexa for the first time, a casting agent, my first time working with a child actor, and also that sweet craft service spread crews desire.

I made the decision from the very beginning to have a diverse and inclusive crew (it wasn’t hard so there is no excuse) and I worked with mainly new people I had never worked with before so that I could really up my game and grow as a director.

The whole film was shot in two 6 hour days on location at a working convalescence hospital in one room so as not to disturb the residents. Things ran rather smooth considering that I had food poisoning and in the room down from our shoot there was quite a bit of yelling about dying coming from a resident (he was fine and is still fine). In post we ended up incorporating the sounds from the hospital as our sound design and it added a heightened sense to the film’s theme.

Religion and the hand God plays in our affairs is a potential tinderbox of contention waiting to ignite. Was that something you grappled with when devising the story?

I didn’t so much as grapple with the Religious/God aspects but more about wanting to portray an honest dialogue between the two characters. I didn’t grow up with just one religion in my family but numerous beliefs and I myself am an atheist. I have a strong belief that one should not judge others for their beliefs though. So while keeping that in mind I wanted to explore the idea that if someone was at the end of their life do their beliefs and faith determine who decides when it is their time.

While exploring the idea about Death as a character and how death comes in many forms for many people depending on what they believe. I thought it was kind of funny to make Death test people and depending on their answers Death decides if it’s their time and where they go. The funny part in my head was that Death probably gets super pissy that someone else always gets credit for the decision.

What have the reactions to Who Decides been like?

When I was first showing the film around only a few people mentioned that they were surprised that I had made such a religious film and I was a bit taken back by this because that was never my intention. That’s the thing about films though right, people take away what they want or need for themselves. After that, I sort of prepped myself with how the Q&As might play out with people asking about my beliefs.

I’m always very aware that when it comes to religion that I have a clear understanding of what my beliefs are but also do not place those on others, whilst also being open to others’ beliefs without judgment. Only once was I asked and I think the man was a bit disappointed that I wasn’t about to have an argument with him about God but rather was very curious as to what he felt or understood the film to be about.

For the most part, people were just really supportive about a creepy short film with a twist, which I was stoked about and appreciated their enthusiasm for. 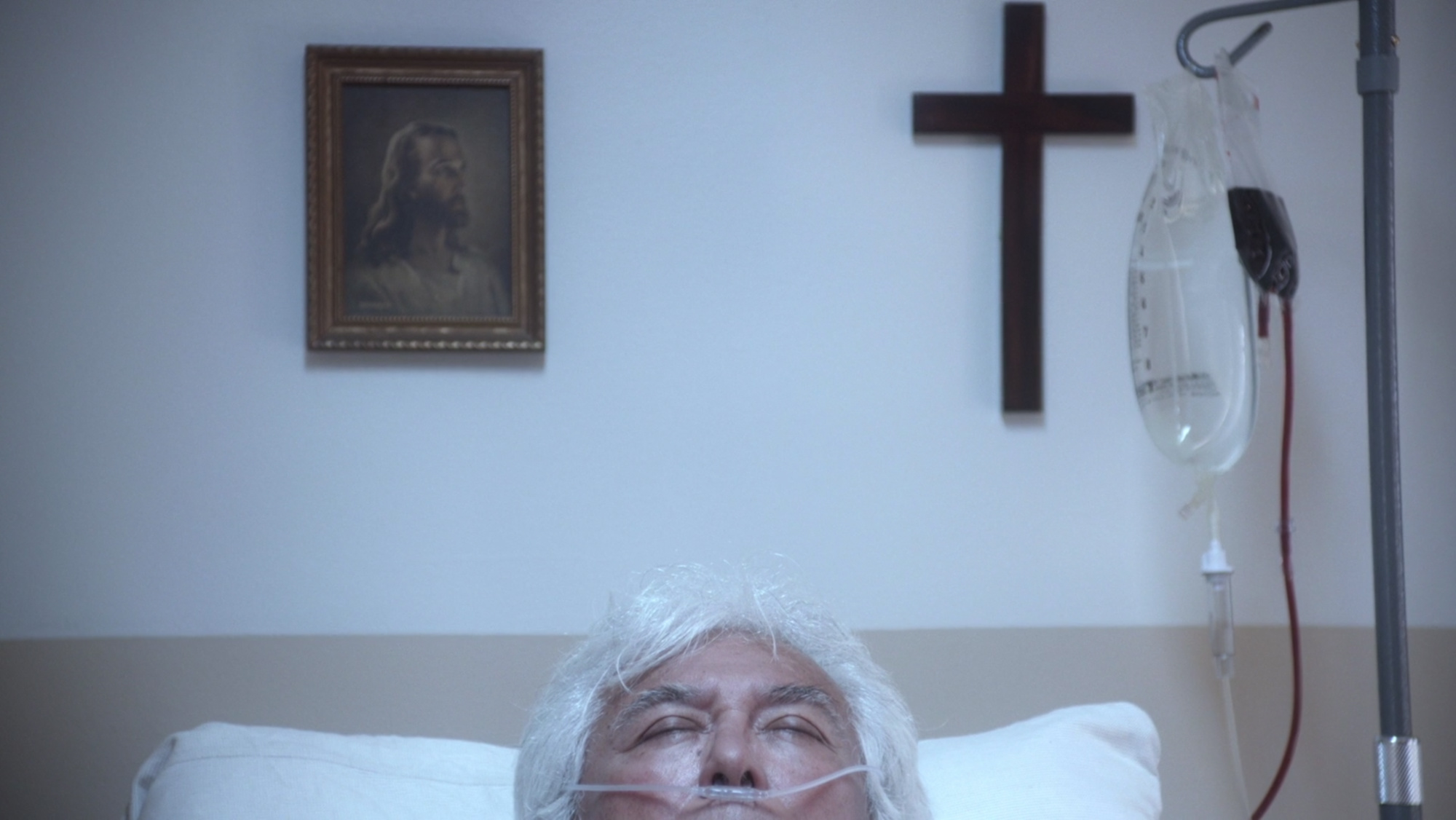 Having made a conscious effort to move away from the comfort of a familiar crew in order to stretch yourself as a director, did you take away any lessons from this experience which you’ll apply to future projects?

A director is only as good as their cast and crew so at every juncture when given an opportunity to work with those who are better than myself I want that chance because it will only make me better. This also applies to me giving those starting out the opportunity to work on projects that might not have otherwise been offered.

When given an opportunity to work with those who are better than myself I want that chance because it will only make me better.

However, in saying that, when you work with small budgets with limited time, finding a crew that ‘gets you’ and understands your needs for the film is really important. So when you find them hold on to them, treat them with respect, grow with them and collaborate with them as much as you possibly can. Moving forward I just want to make sure that I have diverse representation in front and behind the camera. It’s a balance to find all that but it’s not that hard to do.