Another highlight from BFI Flare 2019, Amelia Hashemi’s Night Out follows a group of young women as they embark on an evening’s venture to a nightclub. The film is centred on Meena, who is confronted at the beginning of this short drama by her friends for her outfit choices. It’s a subtle and poignant moment that, without revealing too much, foreshadows the night we’re about to witness. Hashemi uses the short form to explore what it’s like to be a teenager going through a full concoction of youthful emotions and we were fortunate enough to catch up with her at Flare to talk through the process of shooting in a club, clever camera tricks, and choosing your essential shots when racing against the clock.

Starting from the beginning, where did the concept for Night Out come from?

I’m currently really focused on clashes of culture, whatever that looks like, and teenagers. If you shine a light on any teenager, regardless of what they’re going through, it will be interesting. Night Out is very loosely based on my own experiences of going out when I was a teenager. Some of my most romantic experiences have been with people I’ve barely met or when I’ve spent the whole evening simply staring at someone. There’s so much wonder and projection happening. I find teenage-hood so confusing and yet so exciting for me, it’s a great space.

How did you develop the chemistry between your three younger actresses? Was there much preparation time or was it on-set?

Coming from a casting background I felt a lot of pressure to get this right. You can dream about your ideal cast but I know all too well that things don’t always go your way with casting, schedules, budgets, and taste all play a part. There are so many other factors to casting other than simply loving an actor’s work. Ultimately, you’re dealing with other human beings who have their own things going on and there’s a respect and a pragmatic head that I think comes with the casting territory. I have so much admiration for casting directors. Jessica, my casting director and her team were incredible. We had an extensive casting period. Jessica tailors the casting sessions to what the director needs and I needed chemistry and so we had a very long recall session where we rotated the girls coming in. Plus, a lot of the girls read for different characters; all the roles were up for grabs. We saw loads of hugely talented actresses and it was the individual energy the girls had that won them the role.

We were all nervous but we talked a lot about what the film meant to us and very quickly it was like we’d always known each other.

We did have a rehearsal, mainly to work through the car scene, where I wanted loads of chatter that reflected real life but the girls couldn’t overlap what they were saying. We were all nervous but we talked a lot about what the film meant to us and very quickly it was like we’d always known each other. The girls just clicked. So much so the crew kept asking how long they’d known each other. But it could have gone horribly wrong, you never truly know, they could have hated each other, but we were very lucky.

We also did some work on backstory and tackled a couple of tricky bits in the script but the rehearsal period was mainly about getting to know each other and getting the girls to actually become friends, which they did. They still hang out now. I have to say I feel very blessed to have worked with such a talented young cast. They brought so much to the film and I have no doubt they’ll all do incredibly well.

So much of what works in Night Out, for me, is the subtleties that Meena displays, the clothes change in the car, the looks she exchanges with the bartender, were these important parts of the script for you or did you develop them during production?

We had an extensive development period with Film London, which was invaluable so a lot was in the script. I do like subtlety but it’s something of a fine line being subtle and totally not letting the audience in. You have to make sure you’re always on the right side of that line, and, of course, the actors and the work they’d done on their characters bring so much to the scenes. There was a lot that we shot that wasn’t used also in the final cut, particularly in the car. In the edit, we just had to be very strong about the story we needed to tell but it was so hard to lose some lovely, rich moments between the girls.

Could you talk about the process of shooting in a club, were there any difficulties logistically that you had to overcome or any lessons you learnt?

We ended up shooting during the Beast from the East last year. We knew it was going to be cold but it was brutal and we weren’t entirely prepared for it. The scene outside the club was so hard for the girls who were in tiny amounts of clothing compared to the weather and we only got one or two takes out of some of the set ups. If I felt I had the take, we moved on, there wasn’t a moment to lose. We then had to postpone the last day (in the car) as it was too dangerous. That was stressful as I was worried we’d lose momentum. But I had the most incredible cast and crew and two brilliant producers Harry and Helen and we made it work. 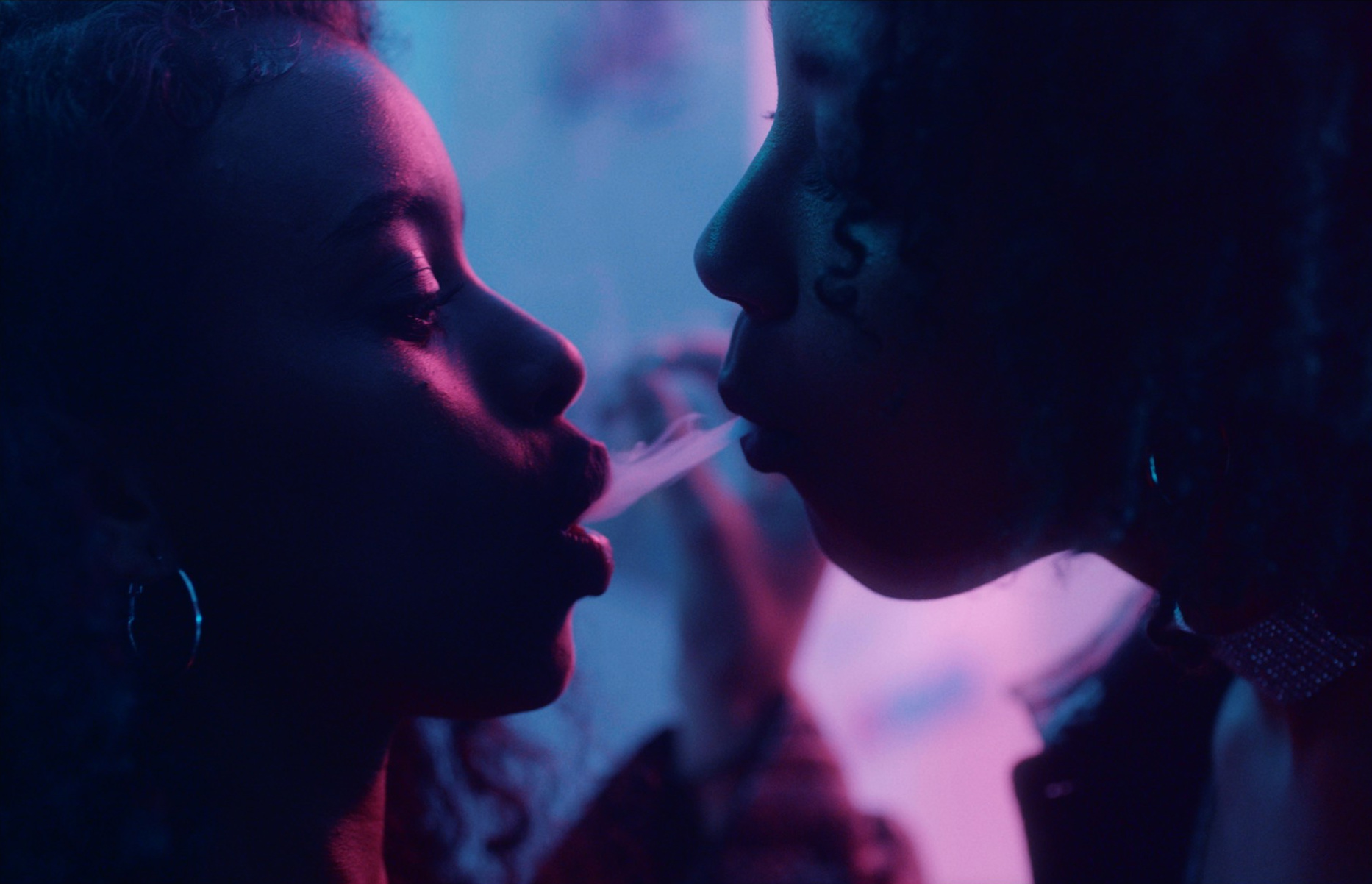 The scenes inside the club were complicated for other reasons. The club was huge and we had to make it feel packed with people. We therefore sectioned it off and only dressed one area. Because it was so cold we had to change the girls’ costume outside, which meant I needed to add a beat of Meena leaving and putting her cardigan on. We started to run out of time and I had to make a decision extremely quickly which scene to drop. Something had to go if I wanted that extra beat. That was an extremely tense moment. I had no idea if my choice would work and consequently I made it tricky for our amazing editor but he’s brilliant and we got around it. Otherwise, the club scene was a joy to shoot. I loved it and I just can’t praise the crew and cast enough.

We didn’t have an extensive budget so could only afford a certain number of extras. We had a militant plan carved out by our assistant director, production team, and the producers where we rotated the extras so in each shot, the frame always looked full with different faces, or so it appeared. All the shots are quite tight. If we had more than that one wide you see at the beginning you’d totally notice how empty it was. I remember our 1st assistant director and 3rd assistant director bouncing around dancing with the extras giving cues to the supporting artists to move at exact points. I have a great relationship with Brian, the Director of Photography; he’s amazing. We’d worked together on a couple of commercials prior so we really trusted each other and had a shorthand. He’s really instinctive and I love that. Like all shorts, it was hard and terrifying as we were pushing ourselves beyond the boundaries we were set but I have to say looking back it was a fun shoot and I learnt huge amounts.

I’m currently putting together a feature film with Parkville Pictures who produced The Miseducation of Cameron Post. It’s about identity, sex and generally being a teen. It’s still early stages but I’m very excited about it.