An Insecure Man Embraces His Desire to Become a Power Bottom in Kevin Rios’ Comedy ‘THE SHIT! An Opera’ 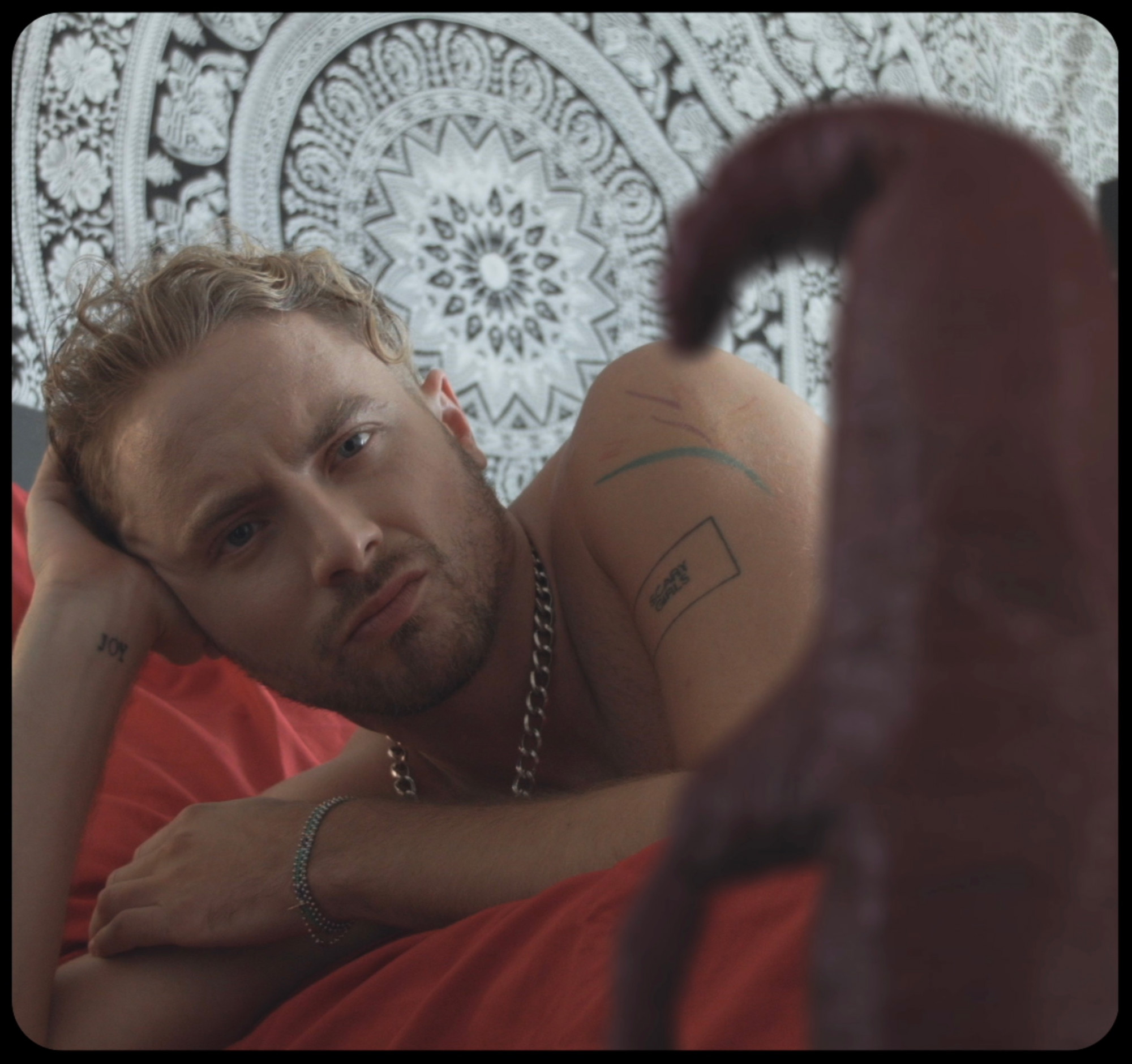 Taking the unspoken elephant in the room which is rarely discussed in polite company when the subject of gay sex arises and transforming it into a walking, talking fount of knowledge with killer biceps, Kevin Rios‘ provocatively titled short THE SHIT! An Opera – which makes its online premiere on Directors Notes today – follows Frankie in his pursuit to become a power bottom after taking the biggest shit of his life. Whilst you may be tempted to dismiss both title and synopsis as puerile, THE SHIT! An Opera is in fact a playfully comedic exploration of the psychological blocks we often erect whenever we find ourselves in vulnerable positions and how we are frequently the ones responsible for our lack of emotional progress in life. Watch the short below, after which Kevin explains how he drew inspiration from the work of Xavier Dolan and why this isn’t in actuality a film about gay sex.

What inspired this film and how did you get the project off the ground?

The root of the idea came from a joke with Frankie Kraft (lead actor) over drinks. One day I thought about a gay man finding the courage to “bottom” by an impressive trip to the bathroom and how It could make a funny short film. From that initial idea, the film evolved throughout every phase of production. Although elements, like the 1:1 aspect ratio and the inclusion of a stop-motion puppet, were decided during pre-production, shaping the film in chapters and using opera music, were decisions made during post-production. My main goal was to create a comedic film about gay sex that would be entertaining to all potential viewers.

When we tried to post a casting call on various casting websites, the film was deemed pornographic and immediately removed. In order to scale this hurdle, I turned to my own network of queer artists in Los Angeles and was able to build a cast & crew of friends. With everyone working for free, the production took two days in September 2017 to film and was truly a labor of love between a close group of creatives who wanted to take part in a film that they had never seen before.

My main goal was to create a comedic film about gay sex that would be entertaining to all potential viewers.

Whilst very much a comedy THE SHIT! An Opera engages with issues of insecurity and fragile self perception. Could you tell us more about how the story and character of Frankie, develop from its initial bar room punchline?

Frankie was informed by my own insecurities about bottoming. After coming out, I basically injected myself into a culture that I had no idea about. It was through friendships and experiences that I learned about sex education for gay men. My “phobia” for bottoming was rooted in my own internalized homophobia that took a few years, a short film production, and some intense crushes to quash. I found a lot of my friends having similar internal struggles and decided to incorporate their own experiences into this film. I had a fear of pain, but mostly a paranoia of being perceived as a more feminine gay man. It wasn’t until my mid-twenties that a crush sparked a curiosity to try it. If it weren’t for friends coaching me through the realities (not a walking talking shit), I wouldn’t have been able to relax enough to let go and enjoy it.

I’m pretty confident that this is the only film on DN featuring a wise, talking, stop-motion piece of shit!

The addition of a walking, talking piece of shit came from my friendship with stop-motion animator Emily Ann Hoffman, whose work inspired me to incorporate a more fantastical element to the film. When discussing gay sex with anyone outside the gay community, the awkward elephant in the room is … shit. Why not confront this reality by giving it a face, a name, and really nice arms?

What led you to go with a square aspect ratio?

I was inspired by Xavier Dolan’s Mommy for the 1:1 aspect ratio and wanted to adopt the style in a comedic way for THE SHIT! An Opera. Why not have the confined space be a more obvious reflection of his physical tightness and have it expand at the climax?

How long did the project take to complete and what was your shoot set up?

The film took 6 months to complete (August 2017 – January 2018) and was shot using a Blackmagic Pocket Cinema camera with a Panasonic zoom lens. We also mixed VHS footage from a Panasonic Camcorder. The film was edited on Adobe Premiere Pro.

What was it that wasn’t working in the early cuts of the film that led you to the chapterised structure and operatic music you finally adopted and in what ways do you feel those decisions strengthened the film?

Early cuts of the film had a sense of dread. I immediately wanted to find ways to lighten up the film and make it as enjoyable as possible. The inclusion of an operatic score was to highlight Frankie’s inner turmoil about the entire thing. I’m definitely guilty of overanalyzing situations and beating myself up for things out of my control. Frankie tends to over dramatize things in his head, over-think like many of us do, and I decided operatic music was the best way to get a window into his train of thought. This isn’t just a casual hook-up, this is life or death for him (at least in his head). The decision to break up the film into easily consumed chapters was a way to guide an audience through the process of bottoming.

The film isn’t about sex, shit, or gay people; It’s about the self-induced panic one experiences when they are put in an extremely vulnerable position.

Were you ever concerned that such an explicit treatment of the subject matter might lose you some members of the audience? Were there any scenarios or dialogue in early drafts which you stepped back from due to worries about being ‘too much’?

I decided early on that I didn’t want to make a sexually graphic film. The film isn’t about sex, shit, or gay people; It’s about the self-induced panic one experiences when they are put in an extremely vulnerable position. Although we use gay sex to explore this theme, this anxiety applies to any sexually active adult, gay or straight. So with that being said, there was never a moment where I cut material or felt that I was going too far. Too frequently queer experiences are labeled as “too much” from the get go; If audiences were already hesitant to watch the film due to its not-so-subtle title, I’m okay with that. The film wasn’t made for everyone, but it was designed to accommodate anyone who wanted to see it.