We are currently amidst a new brand of festival season. Encounters Film Festival, which normally takes place in Bristol during the end of summer, marks the third festival I’ve covered as part of this new paradigm in the last few weeks. Normally at this time, I’d be scrambling on Trainline to perfectly plan the most cost-effective travel between London, Brighton and Bristol. This time, however, the only scramble has been to prepare a cup of tea ten feet from my laptop screen in time for the first screening of the day. It’s a different environment but one that the Encounters team have fully adapted too. The festival still features live Q&As, (pre-recorded) introductions from the filmmakers, watch alongs, an audience voting system, and a programme available to view worldwide with only a tiny percentage of films falling foul to geo-blocking. Very impressive, all things considered. Now – to the shorts!

My Encounters experience began with Nightbus, a thriller which follows a bus driver taking over the night shift on her birthday. As the shift passes into the early hours of the morning she begins to encounter a strange shrouded figure who torments her, seemingly gaining supernatural control of the bus. Whereas most horror shorts strive to execute a single scare conceit, Nightbus successfully performs double duty as the ageing anxiety of the protagonist gives the story a more well-rounded allegorical underpinning in addition to its set-piece thrills. Not bad for 12 minutes.

In the Company of Insects – Duncan Cowles

In the Company of Insects is a unique film; part-documentary, part train-of-thought essay which sees DN alum Duncan Cowles overdub visuals of the insects in his garden with his thoughts on the world, in the wake of his grandfather’s passing. As was the case with Cowles’ 2017 short Taking Stock, what sounds like a self-aggrandising premise is actually a beautiful and humble film that is perfect for reflection or contemplation.

Flick is a wonderfully strange dark comedy about a man who picks his nose and pulls out a parasitic creature that embeds itself in his finger. It’s reminiscent of Charles Pieper’s Malacostraca, which we covered last year, in that it takes a strange concept and isn’t afraid to amp up the weirdness. As our flailing protagonist goes to extreme lengths to remove this bug the stakes get higher and higher, resulting in a full on gross-out potboiler which will definitely have audiences wincing, even from the comfort of their own sofas.

Set in Ghana, Da Yie (Good Night) follows a criminal who upon receiving the assignment to collect two children, spends the day developing a relationship with them before realising he’s in too deep. Director Anthony Nti’s difficult moral drama features two really strong performances from his younger actors. It’s hard to believe they had a camera near them, let alone one which was so visceral and frenetic. 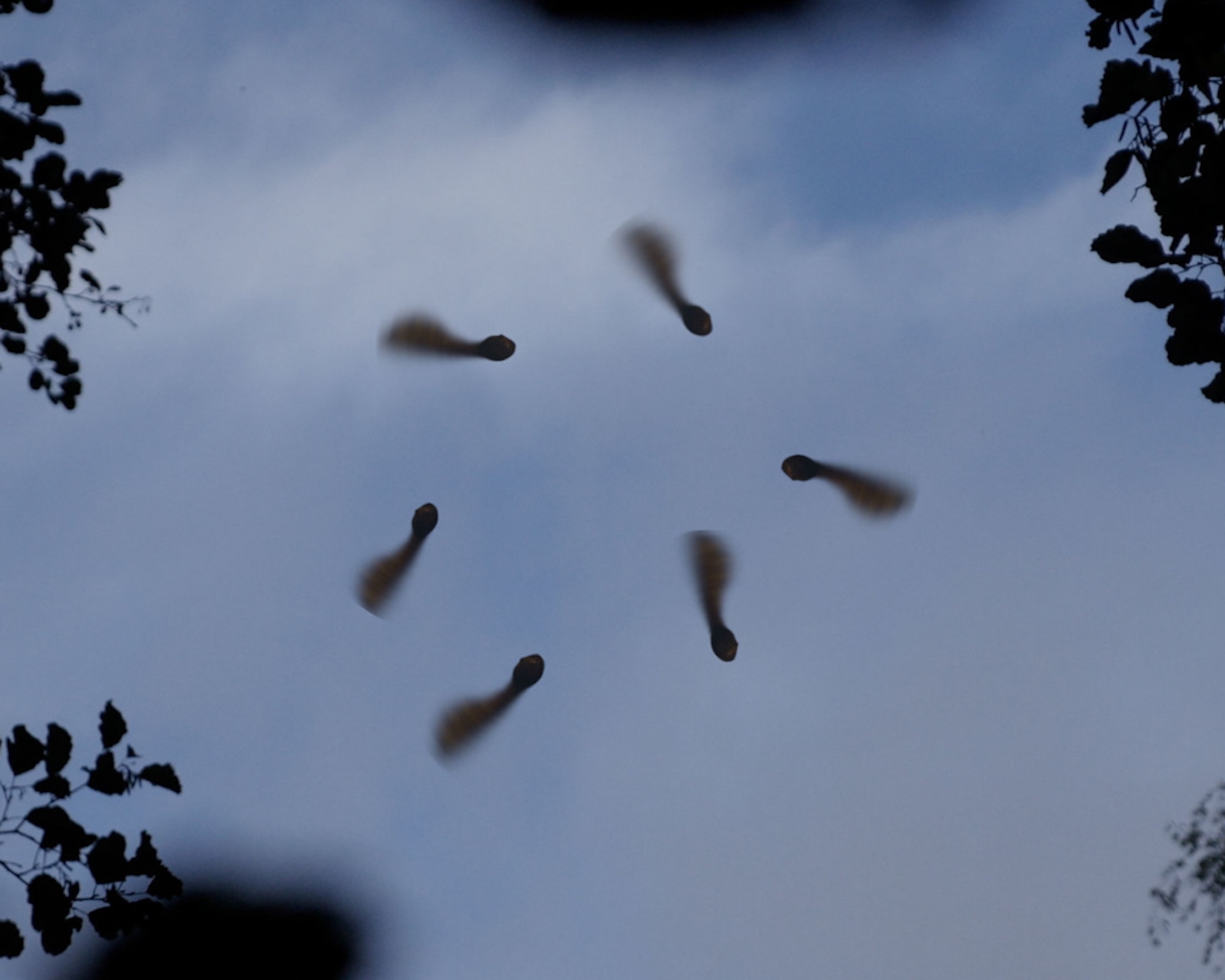 In addition to live-action, Encounters showcases a host of incredible animation work such as Joe Magee’s A Half-Fledged Thing, which arrives just in time for autumn. Set amongst the falling leaves at the end of summer Joe’s 90 second long animation follows the floating life of a leaf as it makes its way from tree to river, encountering other leaves and wildlife along the way. A succinct and soothing short film about the little things which feels incredibly welcome in the present moment. 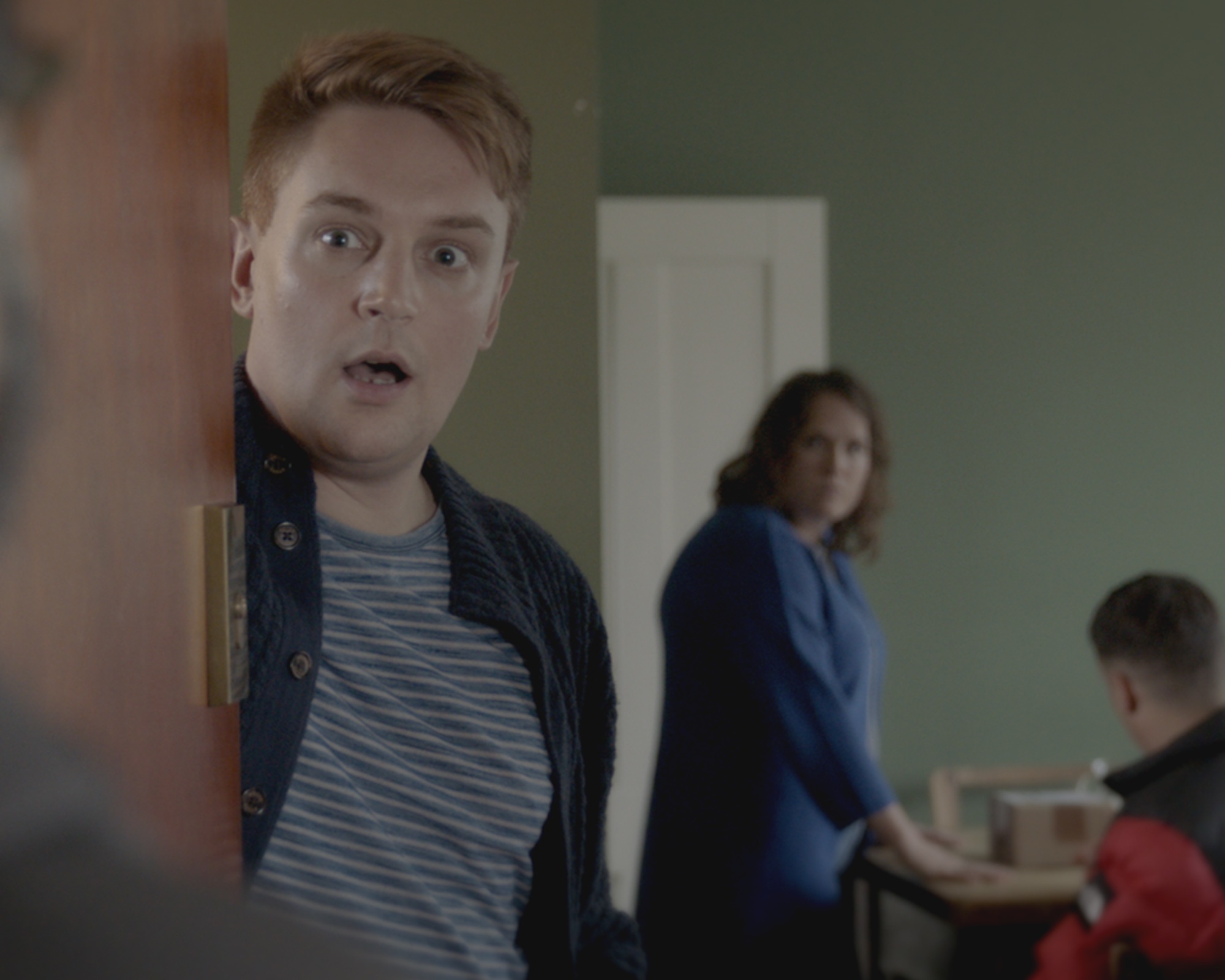 Next up is Coffee with Friends from Phoebe Bourke (producer of Insecurity Questions & Mondeo), which is without a doubt one of the funniest shorts I’ve seen in a good while. I don’t even want to spoil the premise as it’ll ruin the film. All I’ll say is that this totally wasn’t what I expected when it began and what you might expect from a film called ‘Coffee with Friends’. A swift, smart and hilariously-performed short. Genius. 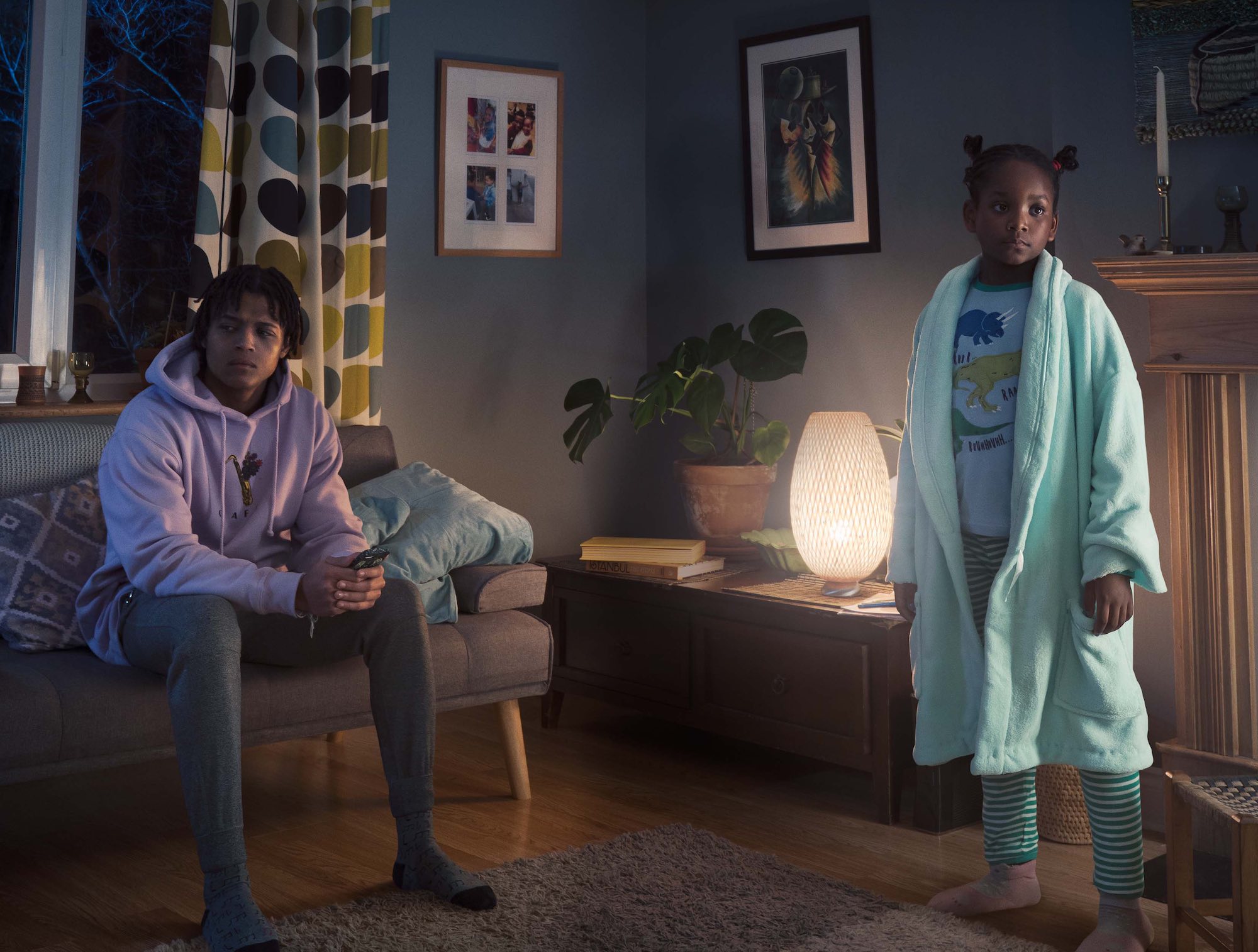 Dawn in the Dark – Runyararo Mapfumo

Dawn in the Dark from Masterpiece director Runyararo Mapfumo is a beautifully crafted drama that centres on the young daughter of a black British family. As her Uncle Nate readies her for bedtime, Dawn seems restless and concerned about her father. Whilst her experience is played out in a traditionally dramatic fashion, the reasons for her father’s absence are constructed more experimentally. This gives the film an interesting, dreamlike quality which builds to its evocative finale. Brilliant, British filmmaking.

One of the most surprising finds of the festival was La Princesa de Woking by Emma Sidi, a send-up of Spanish soap dramas. However, this comes with an added eccentricity, it’s set in Woking. Sidi’s spoof is exactly what you’d hope for; big hair, over-the-top performances, plenty of drama, and all set to the backdrop of a mundane English town.

It’s back-to-back surprises as Will Ferrell made an appearance this year as a therapist in Zach Wood’s comedy/drama ‘David’. Ferrell’s Paul is treating a depressed patient when he is suddenly interrupted by his son who demands he attend the wrestling match he’s due to be at momentarily. What begins as a sombre drama quickly escalates into a father/son therapy session with Paul’s patient David, which also happens to be his son’s name, caught in the middle. Wonderfully performed by the three actors and a friendly reminder that Ferrell can be great when he wants to be.

Rounding out our Best Of list from this year’s festival is IHR (Them). A strange and idiosyncratic short animation, IHR follows the seemingly never-ending pile of trash that accumulates outside of a tower block of flats. We see this trash through the eyes of an older lady whose concern of its growth goes unnoticed until one fateful night. It’s exactly the kind of work you hope to catch at a festival as innovative as Encounters; weird, wonderful and full of comedy and heart.