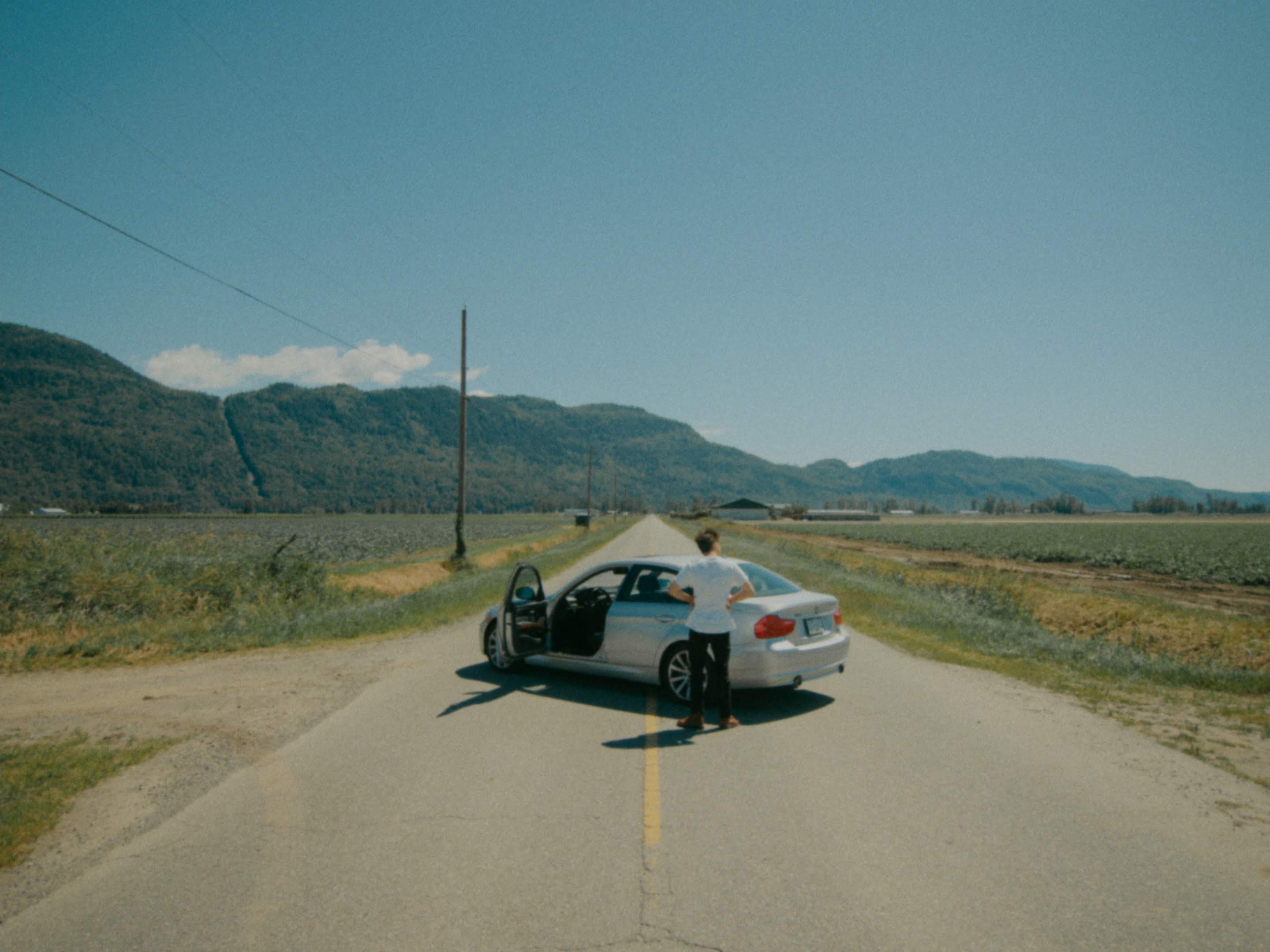 We’ve all been grappling with loneliness over the past few months. The pandemic has made parts of the world feel eerily empty, with once-bustling streets a shadow of their former selves. Filmed in 2018 but completed this year, The Loneliest Boy in the World captures this strange sensation perfectly: painting a surrealist post-apocalyptic portrait of the last person on earth who finds himself locked in a battle against his greatest enemy – his own thoughts. Premiering on DN today, we caught up with Vancouver based director Nano Clow to discuss his process of adaptation, playing with contrasts and picking tracks by Patsy Cline.

What was the main idea behind the film?

Dylan Schmid, the lead actor, wrote the film. We worked together to turn it into something that we could shoot. For me, which I think he’d agree with, the main idea has always been loneliness and isolation; represented a few different ways in the film but with the setting of an empty apocalyptic world.

It’s fascinating because isolation can often be an interior, personal emotion. How did you think about trying to express this visually?

It’s interesting because this was the first thing that I had ever directed that I hadn’t written. It was an interesting challenge to try and bring someone else’s vision to life. Mind you, there were a lot of rewrites in order to make this thing happen. What I most wanted to explore was having an omniscient point of view in this apocalyptic setting to really emphasise the isolation.

That’s where film was so important. We can step back and look at this character from a third person point of view. You’ll see lots of shots that are hundreds of feet away, long takes and long pans that make our main character feel very small and lonely. I think that played really well against his extreme intensity and agony. It kind of made it funny in a poetic way. That’s what I was excited about. Even the title — The Loneliest Boy in the World — is kind of a joke. It makes his plight feel very insignificant. It was so exciting to explore the end of the world in a funny, but also kind of removed way.

The world that he knew has gone and the new world is completely unaffected by anything he’ll do.

There’s a big difference between the non-traditional score and the old-school music choices. Did you want a big contrast between the two sounds?

Totally. The whole film is about contrasts. The voice of the film and the voice of the character is very different, so it was important to do that same kind of thing. We were contrasting memories with real life, interiors with exteriors, technology with emptiness and farmland. The score was really important too, with dramatic and melodramatic trumpets. Then the Patsy Cline song felt more like a memory as it’s a real song. It had a little bit more which you could hold onto. It was comforting, unlike the sporadic trumpets.

With the contrast between memories and the present, how did you work in the edit so it nicely brought these elements of the protagonist’s life together?

It’s funny because the original script was a love story. It even ended up with the couple together. But to me it became too surreal, so I just wanted to bring in the memories. The editing gave us a lot of freedom deciding she’s not real in the film other than those memories so we can really throw her in and use the image of her as a tool. It was very difficult though because we had a lot of footage and storylines to play with. My Editor Simon Huculiak, Dylan and I worked for quite a while to find the right cut.

With the BMW and the luscious house, it seems that the protagonist is satisfied materially but he’s still not happy. Did you want to make a comment on materialism and how just if you own stuff, it doesn’t mean that you’re fulfilled?

In a way. It’s definitely not the main theme, but it’s important. We put him in a liquor store having a fake interaction where he even puts money on the table because it’s just like what he’s used to. But at the same time, he’s kind of getting everything he’d ever want, such as this beautiful home which obviously wasn’t his before. So yeah, it’s definitely something we wanted to show just to really emphasis those contrasts. Like cutting from Dylan in his car to a long take of an empty field. That says it all: the world that he knew has gone and the new world is completely unaffected by anything he’ll do or has.

Talking of locations, walk me through the scouting process.

Dylan had stayed in the main home with that beautiful view for a creative retreat. It inspired him to start writing the film because it is so surreal, so otherworldly, being up in the mountain, looking out and seeing no civilisation. That was a shoo-in, we were definitely going to get that Airbnb. For the rest of it, we are just lucky to live in such a beautiful province. It was such a fun time. We knew we were looking for vast landscapes because Vancouver is very much a city. We went into rural areas where we knew we could find elements like an old truck that had been sitting there for years or barrels buried by grass and overgrown weeds and stuff like that. We ended up renting a whole farm and shot there for a whole day, and just shot in a bunch of random locations.

It was so exciting to explore the end of the world in a funny but also kind of removed way.

Dylan’s got a bit of a following which is nice. He’s worked on ABC’s Once Upon a Time and some Disney things. He’s got his fanbase so we did a bit of an IndieGogo. We found it pretty easy because it was a passion project for a lot of us. We’d just come off another short film and were really excited to work together. It took time to raise but we wanted to make it, so we were kind of raising it as we were making it. We were going to make it anyways, even if it went into our own money.

Are you and Dylan working on anything new together?

We have a short film coming out in May of next year called Guts. That’s a short version of a feature I wrote that Dylan’s going to star in. We are working to get this feature off the ground and are in development right now.

Directors Notes is honoured to present the premiere of The Loneliest Boy in the World on our pages today. If you would like to join the filmmakers sporting a fetching DN Premiere Laurel, submit your film now.