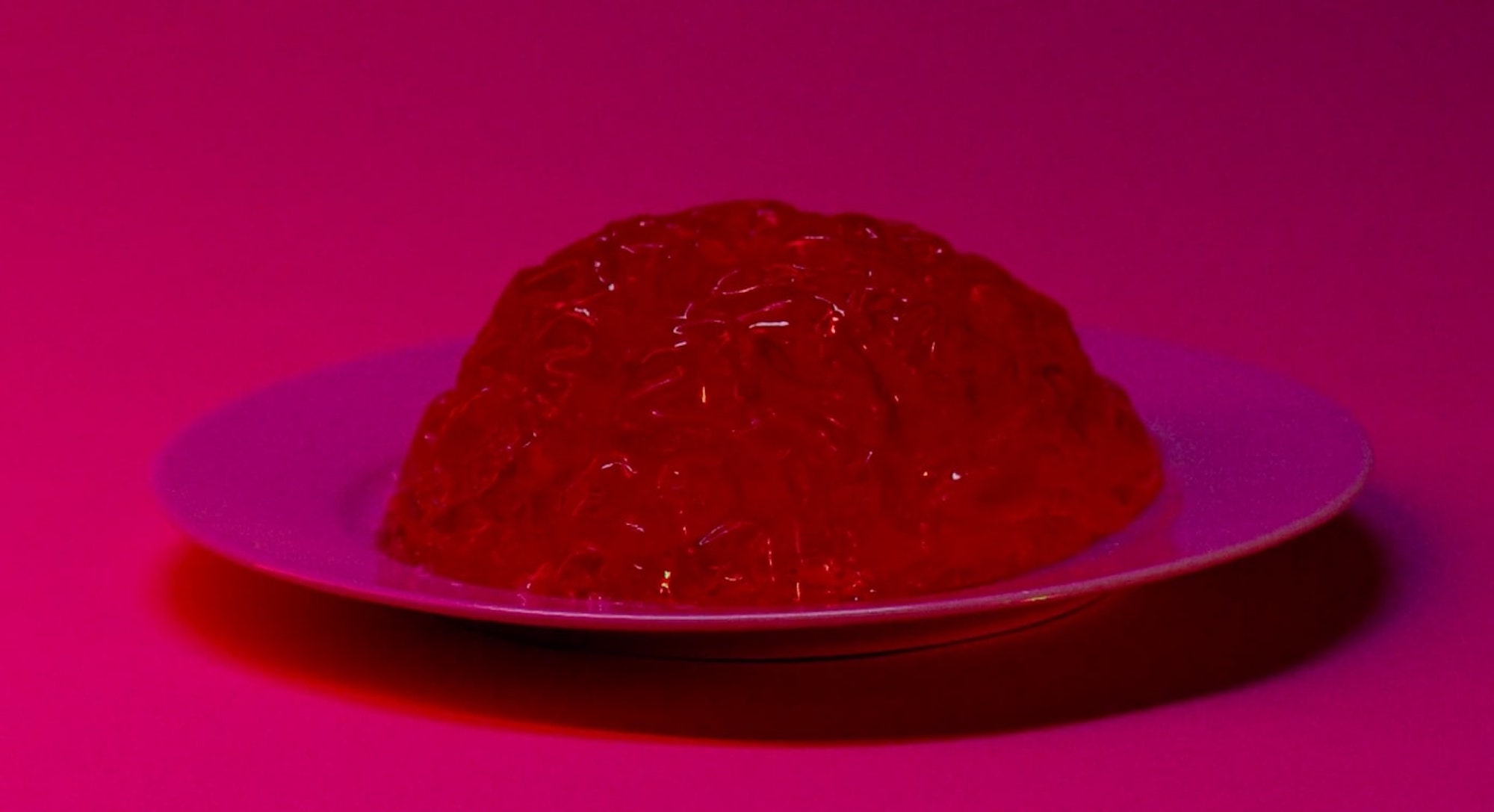 Have you felt like yourself this year? For a lot of us, the strain of isolation, the constant worrying about the future and the Groundhog Day-like quality of the passing months and weeks have resulted in a foggy brain state. When returning to set after months of staying inside, filmmaker Sally Tran – whose powerful indictment of Black lives taken by police 60 Years and Still we featured earlier this month – found herself interacting in a new and strange way. Labelling this phenomenon 2020 Brain, she has created a short and snappy film imagining our brains are really made out of Jell-O. We talked to her about her 2020 experience, finding inspiration on television, and taking cues from classic horror.

It’s been hard this year. It’s been hard for everyone. I have been fortunate enough that I don’t know anyone that has been a tragic victim of COVID. I think that some people’s situations are much harder than others. I’ve managed to make some money, I still pay rent.

My landlord was so nice to me, she came over the other day to say: “Sally, this year has been really hard. I really want to give you a gift.” She gave me this little envelope. I opened it later and it was a 500 dollar check! It has been hard: I had a break-up this year, isolation has been difficult, and work-wise was difficult. But in the grand scheme of things, it could be a lot worse.

A teaspoon of gelatine will make that difference between it being very wobbly or very stiff.

Your film captures the foggy state that people have felt during this year. Is this why you wanted to make this film?

For sure. At the beginning, everyone was so uncertain. Each day is different: we’ve experienced this pandemic in so many different ways. When we started this project, I think it was in June when things started getting back to normal and people started working. It was a very small crew of four or five people, and we all just functioned weirdly. It was kind of comical in a way.

Most people I know were living alone in their apartment with their own thoughts and actions. There are these funny weird moments where you try to interact with people and it’s not very successful. I had also made 60 Years and Still, where I didn’t sleep for a month because I was so disturbed by all the content that was out there. This was a way for me to create a lighter version of how I was thinking and how I felt everyone else was acting. 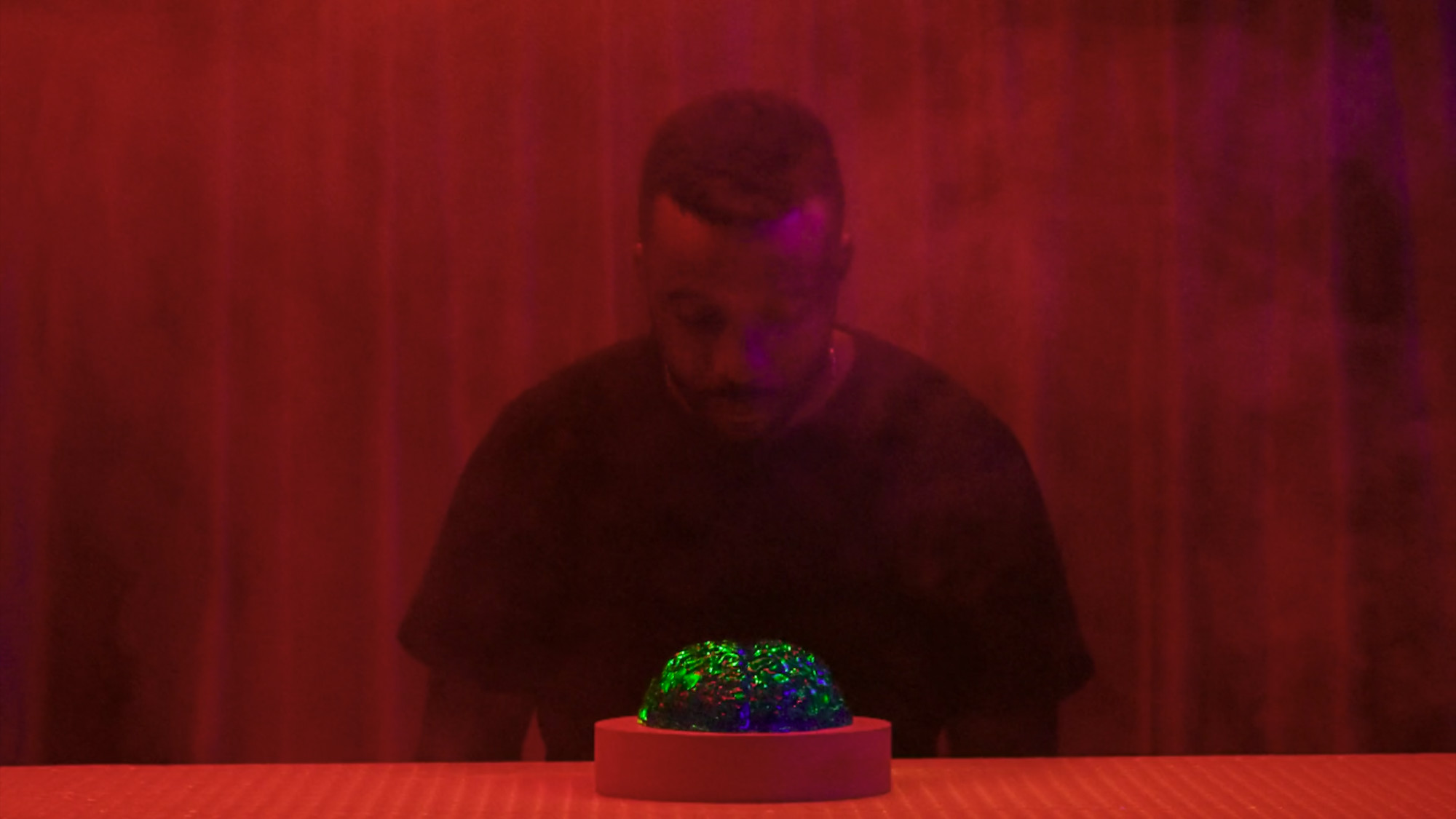 What gave you the idea to present this through Jell-O?

I could never say COVID brain because it would freak people out. 2020 brain to me is a brain that was just wobbly. I was watching Celebrity Millionaire on TV with Anderson Cooper on it and saw the question: When scientists tested it with an electroencephalogram, which of these food items produced readings similar to a human brain?

The answer was Jell-O! I thought all of that coming together was just funny. I looked it up on Amazon and found this Jell-O and decided to make about 60 to 70 for the film. 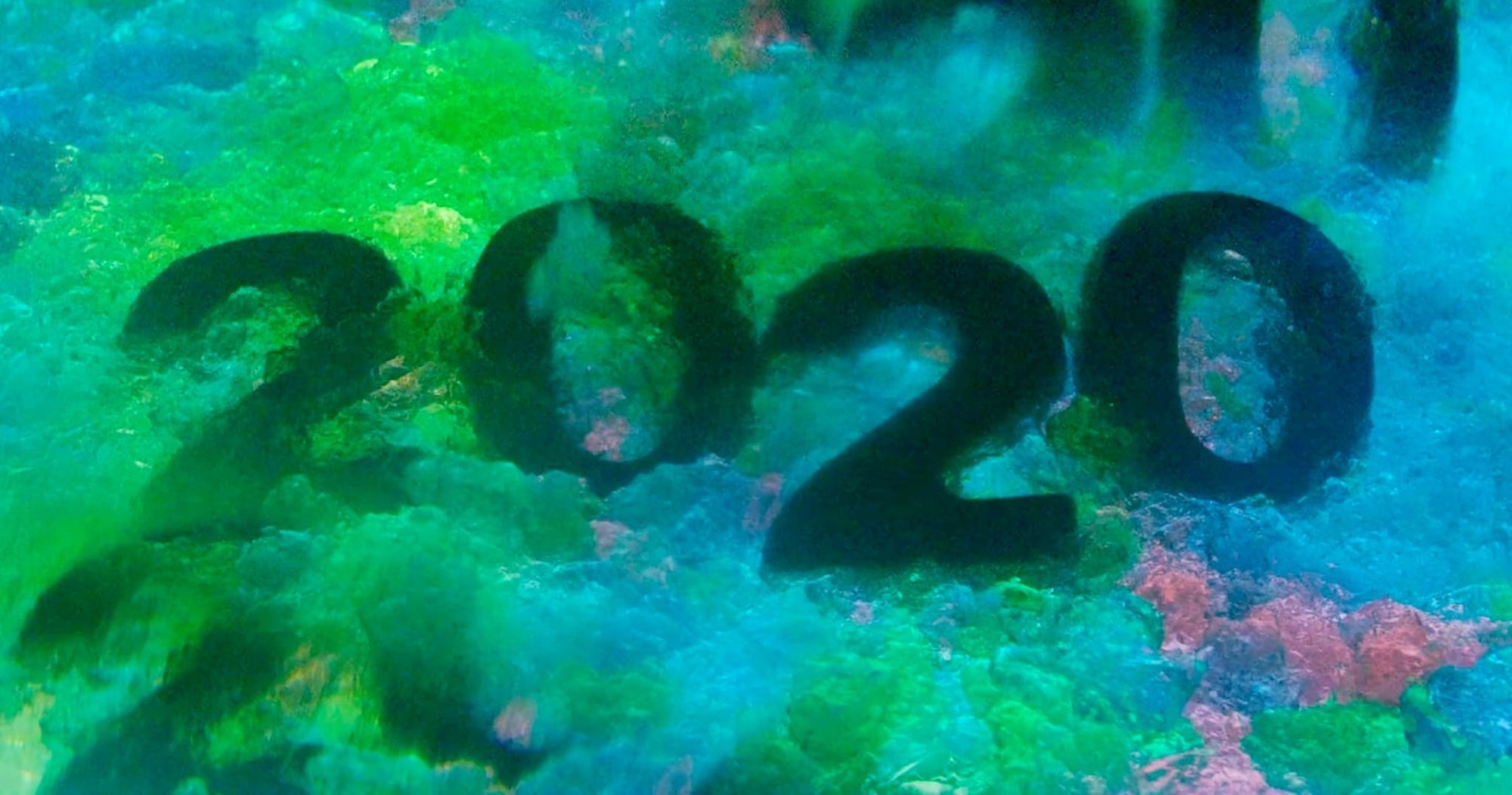 What was the challenge of forming the Jell-O into the shape of a brain?

It’s just a very simple Jell-O mould. We didn’t have to do much to create the shape, we just had to do a bunch of tests. The hardest thing was trying to get the consistency right. As you can see in the film, while some of it splatters in such a beautiful way, some Jell-O just bounces. A teaspoon of gelatine will make that difference between it being very wobbly or very stiff. It was a messy and sticky process. We spent hundreds of dollars on packets of Jell-O.

This was a way for me to create a lighter version of how I was thinking and how I felt everyone else was acting.

Tell me about the music, which really helps to give the film a sense of propulsion!

We had reference sounds, like soundtracks from horror films, because this is a spoof on horror. My friend and composer Zack Kramer heard the references and created a piece of music which I edited to. We kind of went back and forth on that, and it just grew and became a part of the editing process. We were creating the vibe as we were editing. 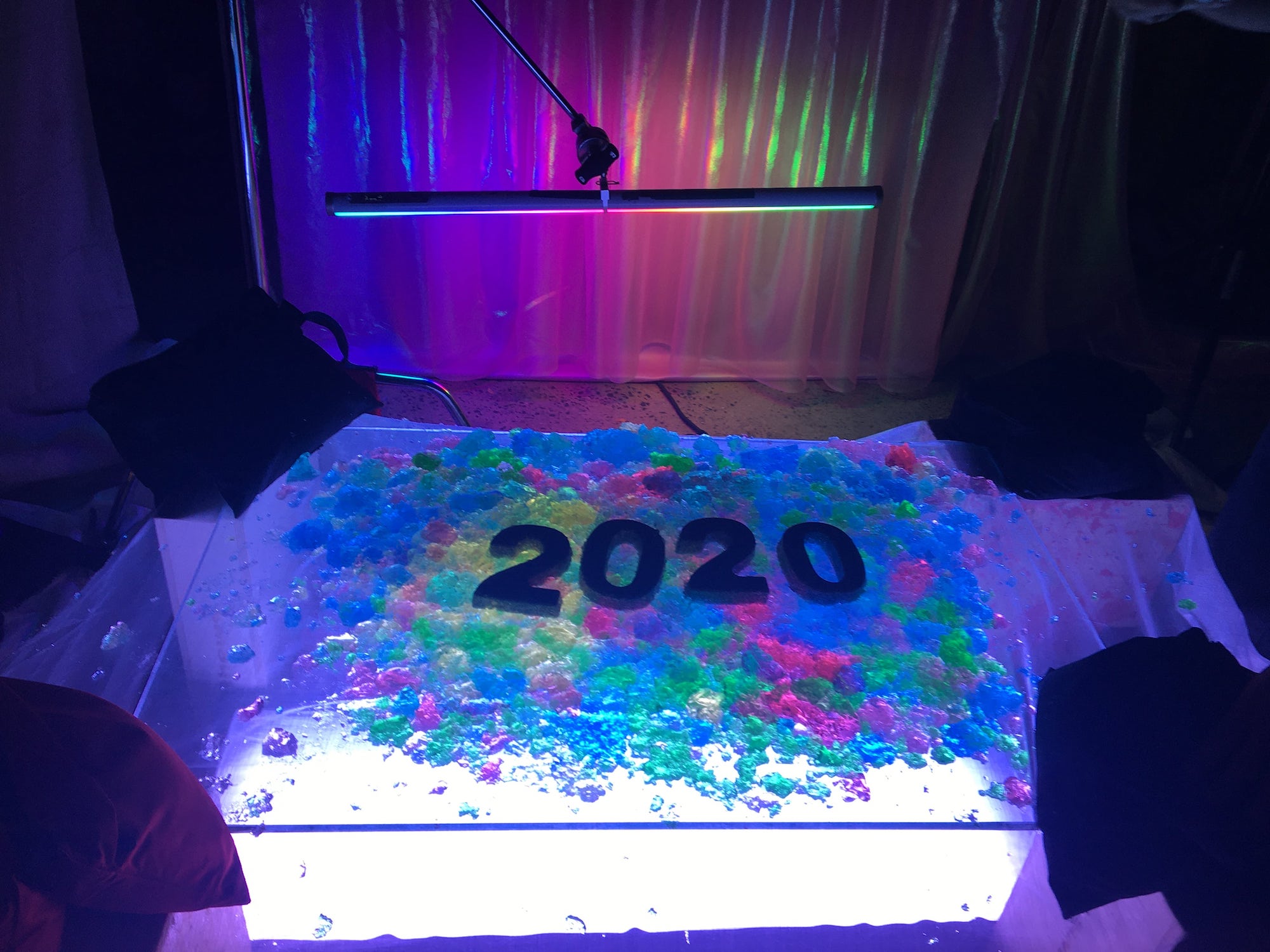 I liked that smash cut where the woman is about to sit on the jelly but the film cuts to it flying through the air instead. There’s this delayed gratification. What’s the idea behind that cut?

The original idea was to have things just like Jell-O wiggling and smashing. We wanted this to be a really quick thirty-second film, but when I cut the first draft, I was like, this is missing some things. I felt like we needed more body parts. That’s what’s so engaging, you’re looking at people reaching, so we shot again a second time and added the face plant and the butt plant. It wasn’t until the pick-up shots that we decided to have that build up.

I have no idea how next year is going to turn out.

The film feels quite cathartic like we’re taking the year head-on. Did you have that feeling making the film?

We definitely wanted to smash the brains but we didn’t think it would look so cool. Towards the end, we threw every bit of brain that we had collected over the day, poured it over the tabletop and caressed it. We definitely enjoyed it too much when we were on set.

It’s hard to tell, especially in New York where I am. I feel like it’s so divided in how people treat this virus. I think about New Zealand where my family is: their life is so normal. In the United States people are doing all kind of things so I’m having a hard time figuring out what people are feeling about stuff. I have no idea how next year is going to turn out.

Directors Notes is honoured to present the premiere of 2020 Brain on our pages today. If you would like to join the filmmakers sporting a fetching DN Premiere Laurel, submit your film now.