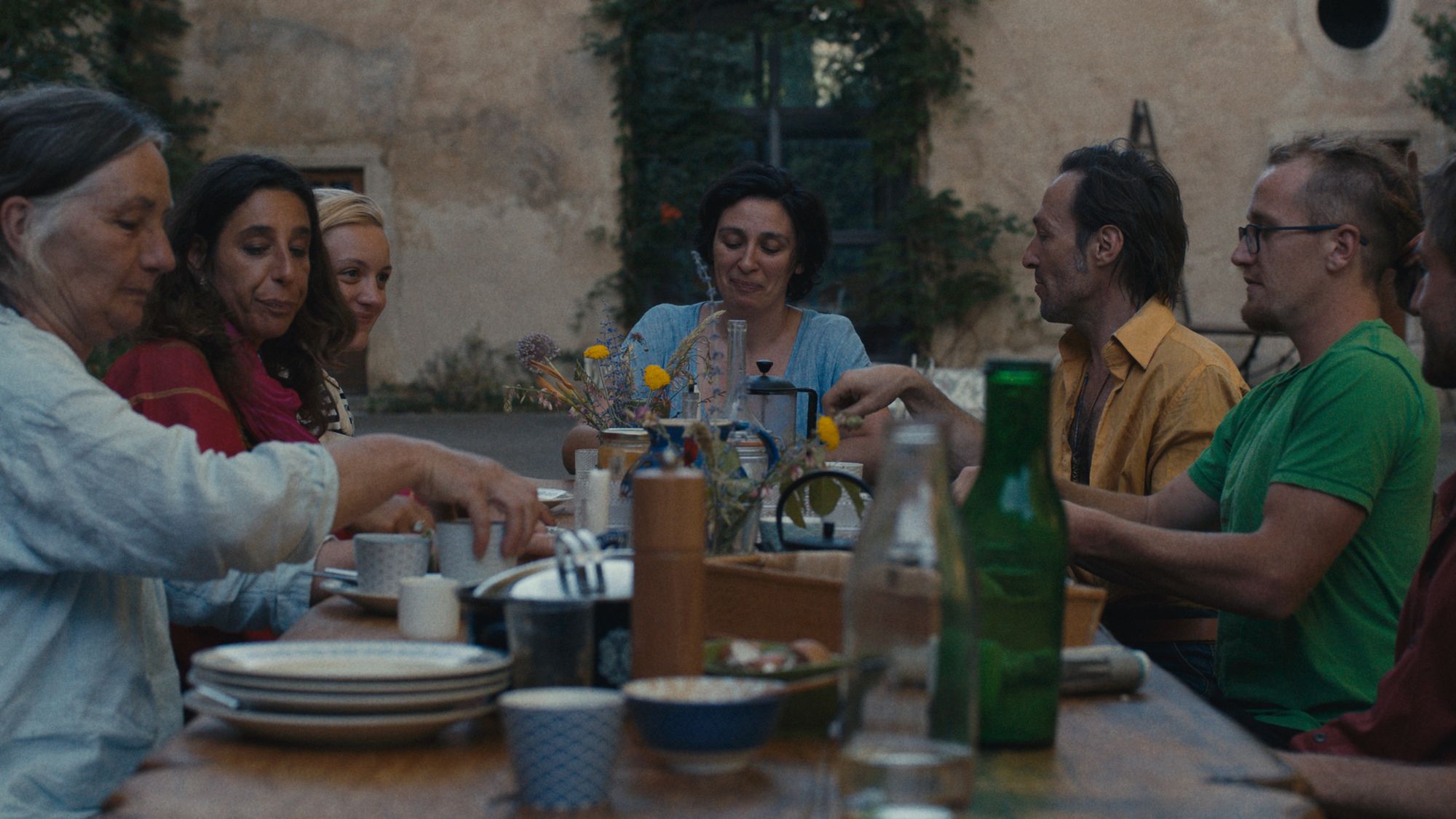 Plaisir, the evocative French word for pleasure, is set in a picturesque commune in the languid Summer air of the South of France, the serene surroundings where director Molly Gillis herself spent time. Using real characters and led by two professional actors, the autobiographical short immerses its audience in the basking French sunshine and the evocative feelings of the director’s first hand experience. While Gillis describes her time there as “a true romantic comedy cliche”, Plaisir manages to tap into universal feelings of isolation, vulnerability, confusion and the need for time to recover and re-discover by oneself. Realised through an impressive mix of scripted and improvised moments by a formidable all female graduate team from NYU, DN grabbed some time with Gillis following her SXSW premiere to discuss the practicalities of filming her own story in a foreign language with an empowered like-minded crew.

This is an autobiographical story, how did that affect your writing and the shaping of the script?

In some ways, it was easier to write autobiographically because I was really tapped into what the experience was and what I was trying to achieve in the moment. What I’ve found to be the challenge and also the thrill of collaboration is that I wrote the script really specifically for Eleanore Pienta who plays Eleanore in the movie which was a real negotiation of how much she was putting in of herself, how much I was catering to her voice and how much she was carrying my experiences. We had to talk a lot about what it was like when I was there which really gave to the specificity and I feel like that’s what people have been responding to.

It feels authentic which I feel really proud of. It wasn’t just me imagining some sort of circumstance, it was quite literally what I felt and it was wild seeing her in my exact position, some kind of alternate reality. I didn’t know Eleanore prior to working together, although I had been a fan of hers for a long time. The dinner scene where she breaks down was supposed to be a lighter exchange. That was her first day of shooting and she really felt overwhelmed to be in a very foreign place with people she didn’t know. And that’s what makes her a brilliant performer, that she’s able to channel it. I was watching at the monitor so moved by what she was accessing because, in fact, that’s really what I felt. She really tapped into it on her own and it was better than anything I could have written to focus such a beautiful scene.

Eleanore Pienta is just amazing! I read that you augmented the scripted performances with improvisation. Can you go into more detail of how exactly this worked?

If I were to break it down to percentages I would say 75% of the movie really stays true to the script so 25% is improvisation. However, I wrote scenes that were built on improvisation. So I would have written that they cooked in the kitchen and I knew what we were going to be setting up four to five people and we would shoot for 30 minutes and actually watch the actors and sort of move around them. I think that’s a pretty preconceived notion that you stumble upon these moments but it really does take a lot of planning and set up. I knew everyone’s schedule and what their movements were throughout the day so I was able to build the script around the living and moving nature of the community.

We would shoot for 30 minutes and actually watch the actors and sort of move around them.

Something about Plaisir that really struck me is the lighting, everything is just stunning which adds to the central themes of the film.

I would have to attribute a lot of the visual aesthetic to my collaboration with Melanie Akoka, a French cinematographer with whom I was classmates at NYU. I learnt a lot from her about how much you can do with very little which is very much in her bones. We didn’t use any artificial lights and she, being a native to the area, understood the quality of light. There’s a reason why so many of the greatest painters have gone to the South of France, there is a quality to the light that is so poetic so we really tried to work with that.

We used a mix of digital and film which has surprised people as there is an idea that the aesthetic of digital is so harsh. But in fact, we could find the richness and used the magic hours of the beginning and the end of the day to really soften it all. When the light was harsh it was supposed to feel harsh and you could feel how hot it was and her sort of struggling.

How did you overcome the obstacles of working in a foreign language?

I found it difficult in the sense that my French is so awful I really had to lean on my crew who were offering to help me articulate. But I also feel to a certain degree, that my lack of ability to communicate somehow found its way into the film and obviously the story. It allowed us to communicate on a different level. We were all using gestures and there was just a different kind of communication.

I would hate for people to dismiss it based on what they think the movie is going to be.

On a more serious note, I would hate for people to dismiss it based on what they think the movie is going to be, in regards to an American woman going over to find herself in France because this year there have been some projects that have emerged that don’t really resonate. I would just want people who don’t think this movie is for them to give it a chance because I think that you would be surprised by what it is.

One of the other things I love that it’s an all-female team. Did you all study together in the NYU programme?

We are all classmates at NYU. The graduate level programme is really international so a lot of the team were already in Europe for the summer and then a number of the team were either from France or French-speaking. It felt like a giant sleepover in the best way and whilst I was always so nervous about making the choice to do something like that because I don’t want to come across as exclusionary or not willing to collaborate with men, I do feel there was something really special about having a group of women live, eat, sleep, and work in the same place for this type of film. I think everyone was really empowered to do their jobs in a way that I had never felt before so it was really cool to be able to do that.

What was your equipment setup and how long did you shoot for?

We shot for one week after a week of prep. In terms of equipment, I got a lot through NYU. That’s one of the perks of being a student, they give you the tools that you need. I ended up renting a camera closer to our location because it’s really difficult to fly with a lot of gear. I was only able to afford to bring three people from the US so I ended up working out a really really generous deal with Panavision who were so supportive. Melanie the DP, had a Bolex camera 16mm and then we played with some film too and so we were able to do both beautifully.

And how was the edit?

For post-production I was here in New York. It took me a long time to face the project due to its personal nature and I worked on it for almost a year. We had shot so much because I was afraid that we wouldn’t ever be able to go back. All of the montages and the voiceover were constructed later. It was an idea I had but that wasn’t really in the script. I feel it adds a different layer that I wasn’t able to totally explain to everyone on set at the time. I worked with a really amazing sound designer which helped. They enabled me to bring out the sensorial atmosphere and color which added another layer so the post process helped mold the story because we had hours of footage and it could have been a number of different movies.

What’s next for you then?

I have another short that I’ve been waiting to make with my best friend. We were about to shoot in April of last year, so we have been taking our time waiting for the right moment because, whilst I really admire anyone who’s being creative at this moment, I think it has been really difficult for a lot of other people and I haven’t felt comfortable enough.