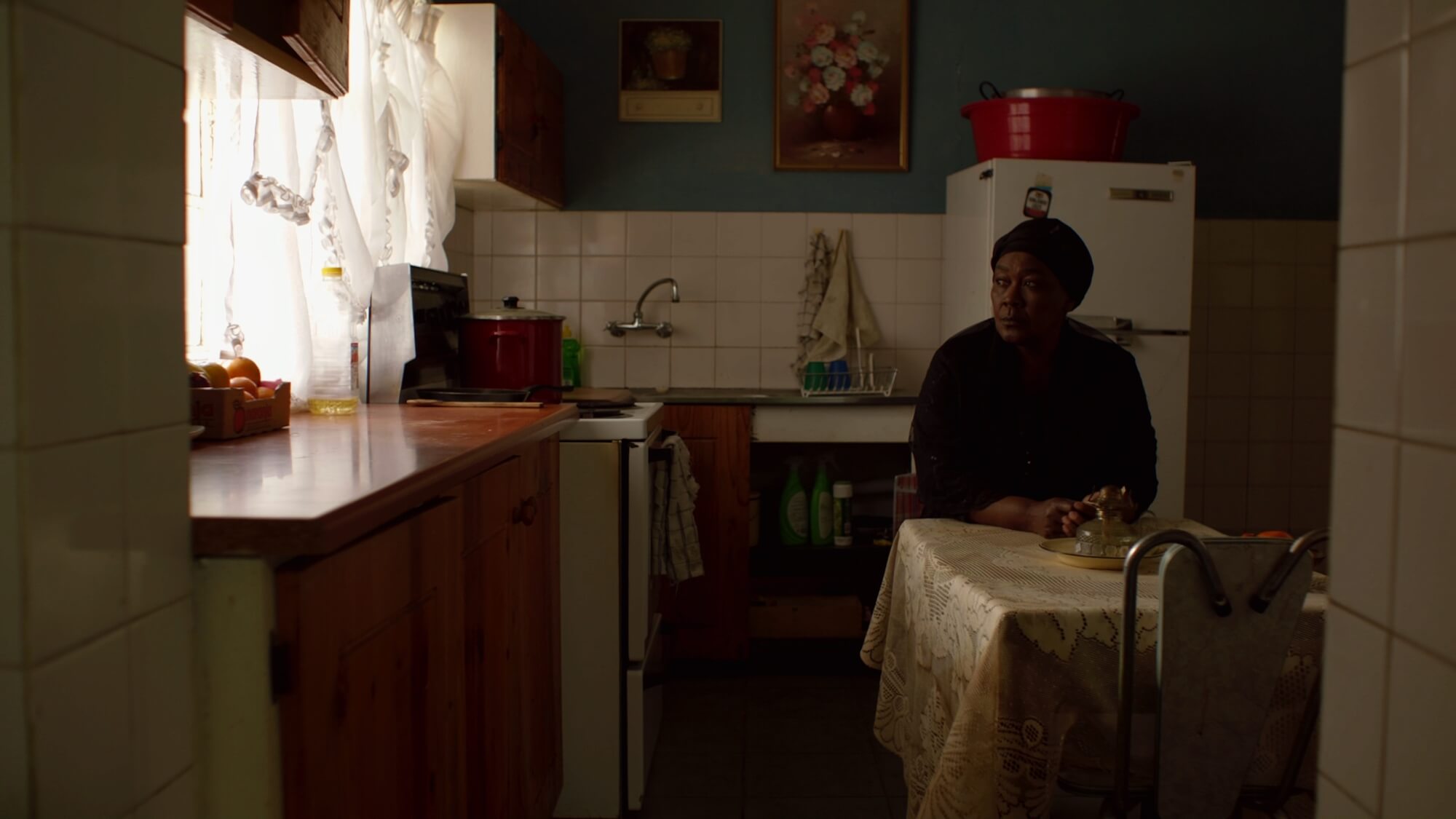 Talia Smith’s latest short film Umama is a testament to how the honesty of telling your own personal story can convey universal experiences. Made whilst studying at NYU Tisch undergraduate Film and TV programme, it’s a story that wrestles with Smith’s personal history. From growing up in South Africa to now living and studying in New York, Smith confronted differences in cultural understanding which she channelled into her story of a domestic helper who balances her own responsibilities as a mother with the motherly role she has to fulfil daily at work. DN caught up with Smith to learn more about the ways in which her childhood informed Umama, how she prepped to shoot on another continent and the serendipitous onset experiences she had which changed her BAFTA shortlisted, Gold Student Academy Award-winning film for the better.

At what point of your NYU course did you start thinking about Umama?

I was part of NYU Tisch’s undergraduate Film and TV program and it was in my second year there that I wrote an eight-page version of this script, originally writing it for myself because it was a topic I was struggling to comprehend. Coming to New York, I was no longer in a society where these kinds of stories were part of its DNA. When I would tell classmates that I had had a “domestic helper” my whole life, I could not articulate well enough that this was not all she was to me.

The purpose of the script was not to make sense of these circumstances nor provide a solution but rather to simply state and recognise that they exist.

I then began questioning why I felt such a strong need to justify this situation. The purpose of the script was not to make sense of these circumstances nor provide a solution but rather to simply state and recognise that they exist. The more I travelled between the two worlds of New York and South Africa, the more I felt the need to focus on this story. I have to be honest, my initial thoughts were: “OK, maybe I’ll pitch it and they will say no and then at least I know I tried.” But when my professor actually chose my film for the allotment the real stress began. Now I was making a film in South Africa.

From that point how challenging was it to begin pulling everything you needed for the film together?

The most challenging aspect of the film was raising the funds, there were times I didn’t think it would be possible. On top of that just producing a movie in South Africa from New York is difficult with the time difference and being so far away which made finding the cast and crew a difficult process. We really had to become creative in trying to raise funds. We created a promotional video which garnered a lot of attention.

My family and friends really became our megaphone to get the message out. My cousin was blocked off of Instagram because she had DM’d too many famous people trying to get them to donate. But our real secret weapon was Nikki Massa who came on board as social media/marketing and fundraising. She would tirelessly contact people to donate to our film in any way they could. 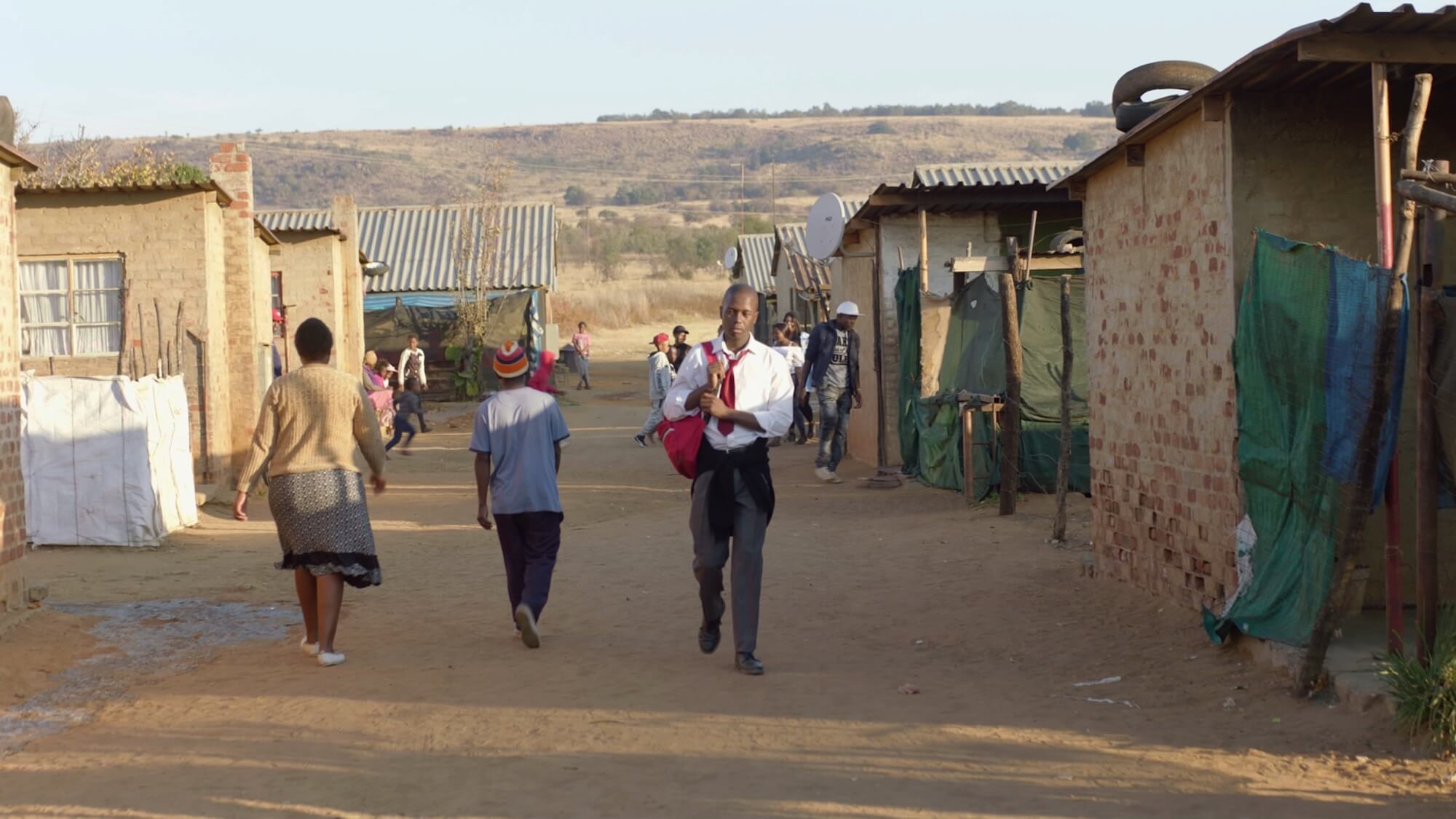 How did you end up sourcing your actors and crew after that?

The casting and crewing up of Umama were probably the longest parts of making the film. Casting started seven months before production. I flew back to South Africa for the winter break where I held some auditions and we finalised the cast only one week before shooting commenced. The process of finding each of our actors has its own story, but I truly feel that each of them was sent to us by the film gods. I had many agencies trying to help me, but with the film being so low-budget there isn’t as big of a network as there is in LA or New York. So, I did a lot of digging and sent blast emails to drama departments in schools and universities.

Eventually, there was a post on a Facebook group called Joburg Jewish Mommies, let me tell you, there is nothing this group cannot source for you, which led us to find Shelley Meskin and Lea Rofail, our mother and daughter. We connected with an up-and-coming talent agency, I-con International, who gave us Wendy Langarmore and Prince Dube, Sibongile’s neighbours. Both our bullies, Sabello Ndumo and Keitumeitse Mbatha, were recommendations from friends studying drama at local universities. Our original lead for Thabiso was cast in a South African TV series one week before the shoot and so I flew back from New York and went straight into an audition with Malibongwe Mdwaba.

I sat there with my mom and after his performance, we both looked at each other and said “Are we jet-lagged or did angels send him to us?” It was the latter, definitely. Having Connie Chiume, who acted in Black Panther and is a South African acting legend, was an absolute blessing for this film and happened in the craziest way. I had seen a DP post picture of her on Instagram and I thought she would be perfect for Sibongile. When I went to her Instagram she had just downloaded it that day and her phone number was in her bio, by accident I think! So, I got my mom to call her because I could not call internationally, and ask whether she would be interested in speaking with me. We were able to connect and she agreed to do the film as she felt the subject matter was important. Needless to say, her phone number is no longer in her bio.

I imagine it’s one thing prepping everything from New York but when you got to South Africa itself, you had to confront a host of new challenges. How did you find shooting on location in another country?

We flew out five people from NYU including me: our producer/AD Nora Zubizarretta, our DP Ryan Lee, our gaffer Stefan Nachman, and head of BTS and marketing Nikki Massa. Along with our camera, the Alexa Mini. The rest of our equipment we rented from Panavision SA. There were definitely more positives than negatives, and most of the negatives actually worked for, not against, us. Besides having to recast our lead character seven days before the shoot, on our first morning of shooting we woke up to a message that our baby was sick and we had to find a new baby in three hours. Luckily, one of our producers, Lea Sharples, used to babysit for a little boy whose parents kindly agreed that morning.

I think the biggest surprise for me was that even though this story was based on a specific incident, it rang true for so many of our actors and crew on set.

On our second day of shooting, the neighbouring property owner started drilling for water for most of the day which put our sound department under immense stress and pressure and then, a day later, an hour before the scene where Sibongile looks out the window as the rain pours down, the local municipality switched off the water supply to the area as they attended to some unscheduled repairs. Luckily we had Stefan, our gaffer, save the day by spraying water from his mouth onto the window.

I think the biggest surprise for me was that even though this story was based on a specific incident, it rang true for so many of our actors and crew on set. It was incredible to see everyone sit around our table as we read the script and then share their own stories, which, unfortunately, very much emulated that of Thabiso and Sibongile’s.

It sounds like you curated a strong familial atmosphere on set with the story itself being something everyone was keen to invest in.

I think I was spoiled to have such an incredibly dedicated and loving cast and crew. Everyone on set was absolutely focused on ensuring this story was told and each person gave so much of themselves to this film. I wrote the film in 2018, we started pre-production in 2019, we shot for ten days in 2019 and finished the final edit in Jan 2020. Umama rode on the love that was put into it, and I hope people can feel that when they watch the film. 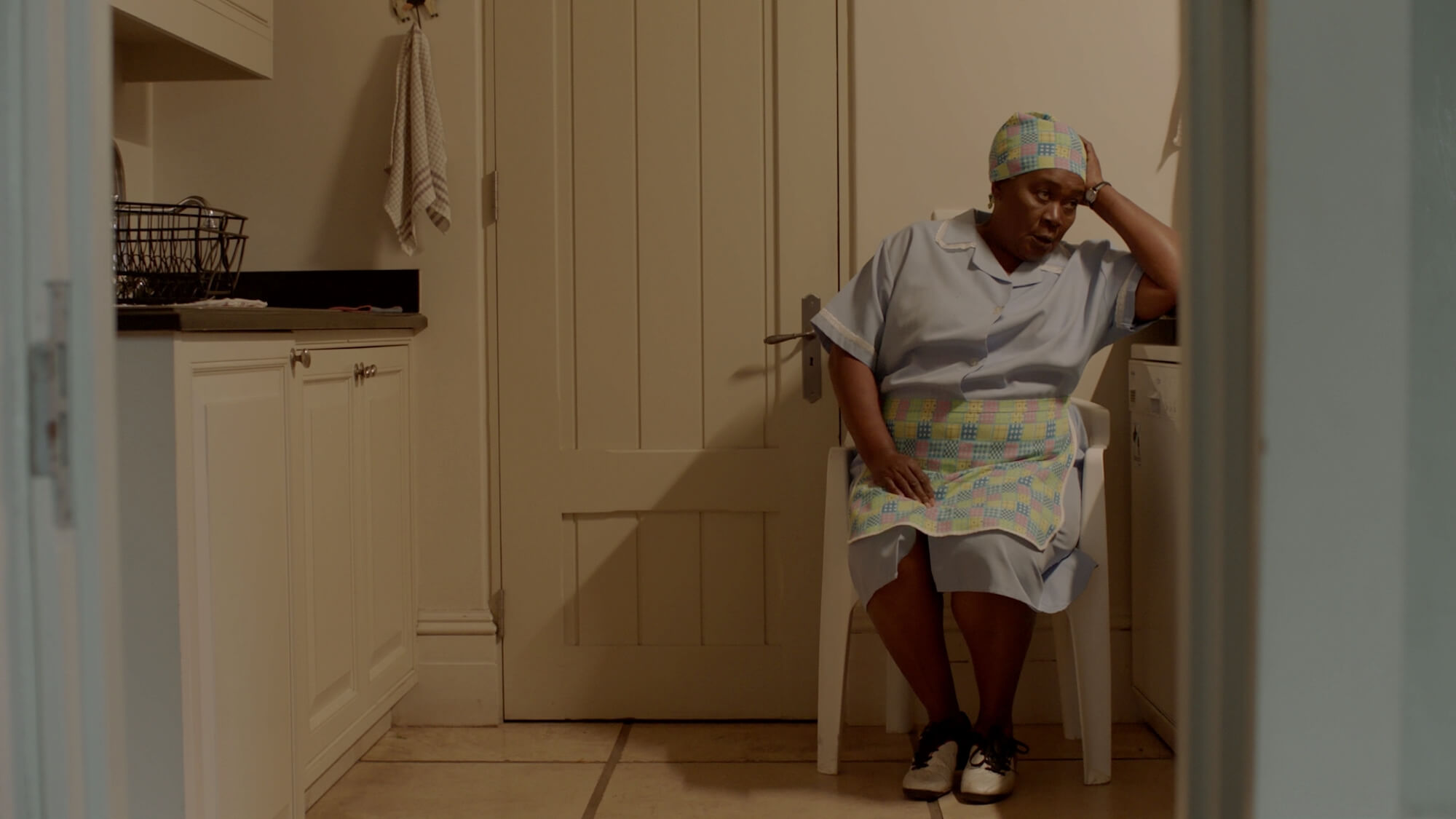 Did you finalise the post-production of Umama in New York or South Africa?

We had a South African post-production house Orchestra Blue Post Production doing all our post. Our editor being my greatest mentor in film, my father, Graham Smith. I think this process was a very special one. Getting to learn from him and grow as a filmmaker through the edit. I think the edit on your first film can be very daunting but having someone I trust and look up to guide me through it made it a gratifying process. The edit took six months, half of it being remote as I went back to NYC.

Where will your filmmaking be taking you next?

We are currently working with our co-producer Tamar Guttmann and LivCurious, a social impact consultancy, on how to stimulate further conversation and toolkits around the topic so that the impact of Umama lives beyond the film.

Umama is one of the many great projects shared with the Directors Notes Programmers through our submissions process. If you’d like to join them submit your film.