Somewhere between Russia and Finland lies a semi-deserted hotel. Designed mostly for business travellers, it’s the kind of place where nothing much happens. Employees Paulina (Liza Yankovskaya) and Nadia (Dasha Mureeva) have to instigate their own fun, from talking in a made-up language to dancing by the pool. Zhenia Kazankina’s graduate film from the famed Gerasimov Institute of Cinematography in Moscow, Rio uses a square aspect ratio to create a deadpan sensibility that keeps our distance from the characters, all the while mixing in elements of fantasy that show the conflict between mundane reality and deeper dreams. While their friendship is ultimately tested by the arrival of a mysterious guest, Rio views proceedings from a right angle, using musical moments and ambiguous plotting to create a reverie on living in a space that is both everywhere and nowhere. We talked to Kazankina about extensively rehearsing with the two actresses, picking songs that speak to her childhood, and creating a collage feel through various different moments.

Where did you find this hotel?

It’s not a real hotel. As far as I remember, it’s five locations because we understood that it was impossible to find one perfect ideal hotel. The reception is one hotel in Imatra, a small town in Finland near the Russian border. The swimming pool is the Finnish embassy in Moscow. Then the hallway is from another hotel in Moscow.

I like rehearsals and to spend my time with actors before the shooting starts.

Where is meant to be set exactly?

It is on the Finnish side. But in the world of the film, it’s an imaginary place, so it’s on the border and we don’t know exactly where it is. I wanted to show the atmosphere of a border town. I think it’s a special atmosphere that helps to build the characters.

You’re telling the story of people stuck in a liminal space. How did you find the right cinematic language to reflect their story?

I wanted to make a very simple film. I wanted to have static shots and a maximum of five shots for each scene. I wanted to use only three actors. The main idea was to make it visually very clear.

But you have these moments of fantasy that punctuate the mundane reality of working in a hotel. What was it like finding the right balance?

I think reality is like mosaics. It has many layers. And if you want to understand reality, you should just shoot dreams. Dreaming is the way to understand these layers of reality so I don’t see it as the opposite. For me it’s one whole thing, so we can’t feel where the dream is finished and when reality has started.

I loved the choice of song Yellow Autumn Leaf by Kolibri for the musical sequence. Did you always have it in mind?

This is the song of my childhood. It was a very fashionable girls band in the 90s in Moscow. I remember that song was in every cafe and every bar. I remember my childhood when I listen to that song.

Did you have a choreographer for the dance?

I like rehearsals and to spend my time with actors before the shooting starts. We were listening to the music with my actresses and then they just started dancing. So there’s the dance. We didn’t have any professional choreographers, what you see is just the results of our rehearsals.

The film’s success relies upon the specific presence of these girls. Tell me about the casting.

I think the main mistake you can make when creating a film is with the actors. It was extremely important to find the right actors who were feeling the reality around them, just like me. So I spent a lot of time finding these two girls and we became friends when we were rehearsing. Because of our friendship, they had so much freedom. And when having a fun time together, moments of difficulty just vanished. 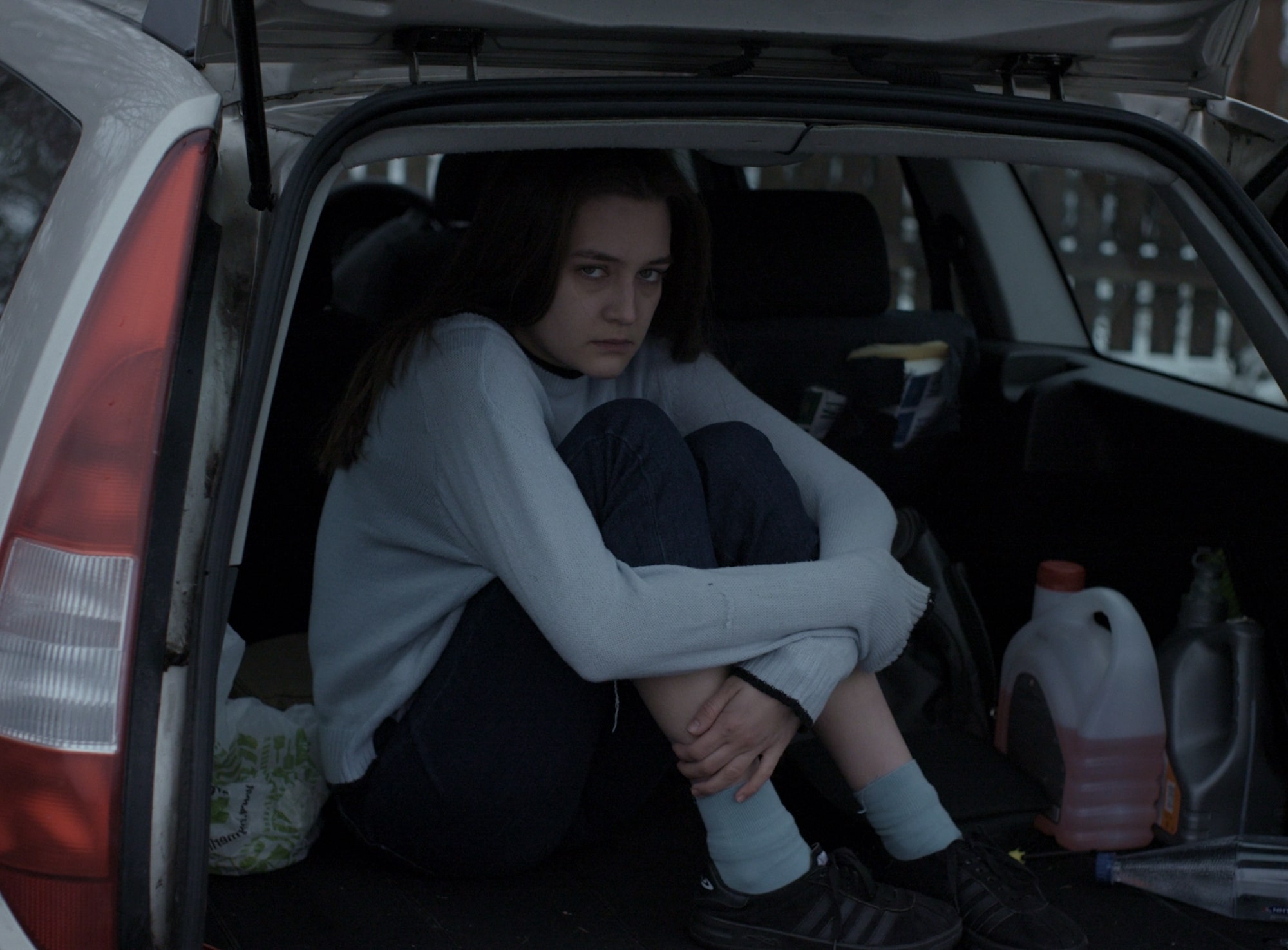 Did you use any improvisation?

What about the scene where they are talking in a made-up language, was that workshopped?

The language itself was improvised. We don’t have text for it but the movements of that scene were all rehearsed.

I feel that film is something like a collage, a collection of moments.

Tell me about the use of the Academy ratio.

That was the idea of our DoP Luda Kuropyatnikova. She offered me this aspect ratio because the characters are stuck in that hotel. The aspect ratio is narrow to make the space around them smaller. I thought that it is a good idea to shoot it like that.

I’m shooting my next film right now with one of these two actresses. Not the main character, but Dasha Mureeva, who plays Nadia. I hope that we will finish the film by next year. This film is more real, it’s not in some nowhere world, but mixing reality with dreams is still interesting for me.

Is it another coming-of-age story?

What attracts you to mixing these genres together?

I think it’s an unconscious thing. I like to collect moments. I feel that film is something like a collage, a collection of moments. So I collect images, life situations, moments around myself, and then I make a film out of all of these. All of that might be connected. So I don’t have this way where I think: “Okay now I will make the comedy, What should I have for the comedy.” Because for me, it’s not a narrow pass. For me, it’s like a big, deep forest where I am trying to find myself. Because of that feeling of filmmaking, I have that mix of everything.

Directors Notes is honoured to present the premiere of Rio on our pages today. If you would like to join the filmmakers sporting a fetching DN Premiere Laurel, submit your film now.