While nightmares seem the have the uncanny ability to haunt us long into the waking hours, for some reason it’s much harder to hold onto the tendrils of the beautiful reveries of dreams once we wrestle ourselves out of bed. Considering how long we spend sleeping, what goes on when our eyes are closed represents a huge part of our lives. A long examined question I often find myself asking is where do these dreams come from? Is it Roald Dahl’s child-friendly BFG, Carl Jung’s theory that dreams are honest portrayals of who we are or perhaps the more Freudian interpretation depicted in Léo Berne and Raphaël Rodriguez’s Censor of Dreams (Le Censeur des Rêves)? The widely acclaimed, Iconoclast produced short is based on Japanese novelist Yasutaka Tsutsui’s short story Yume no ken’estukan and was written and directed by Berne and Rodriguez who have previously shown off their directing talents with high profile music videos under the moniker of French collective Megaforce. Censor of Dream sees the duo expertly applying the dry reality of a rundown administrative office as the nerve centre of the cobbled together orchestrated manipulation of a woman’s subconscious by the mysterious censors who mould her memories into fantastical dreams. Over its 17 minute runtime, the Oscar-shortlisted film manages to put an absurdist spin on what ultimately becomes a dark and terrifying unreality. DN invited the duo for a chat about making changes in the adaptation process to make the story more universal and the creative freedoms working on a personal project provided them with.

How did you come by the original Tsutsui story and how did the adaptation develop into a script?

We’re big fans of Satoshi Kon’s anime Paprika so we were naturally invested in finding out who was behind its mind-blowing story. We found a collection of short stories and discovered The Censor of Dreams. The original story is quite theatrical with pedestrian dialogue that explains everything to the audience. If the characters were to speak like that in a film, it wouldn’t flow at all and so we needed to unfold the story and the dialogue as if we were merely following those characters doing their jobs which made the story more mysterious and gave more depth to the characters. We counted on the audience being attentive to what’s actually happening.

Furthermore, the original story has a lot of very specific Japanese details so we had to rewrite the full dream to make it more universal. Finally, we changed a lot of the ending by adding ‘The boss’ character. The first plan was to end with a long monologue from his character but when we worked with Yôko Higashi, who comes from Butoh dance, we found it stronger to go to a non-verbal, more visual, ending and we’re very happy about that.

We counted on the audience being attentive to what’s actually happening.

How did you find the locale to fit the style you were going for?

After we managed to come up with a convincing script we looked for a suitable location and our choice fell on the city of Kyiv in Ukraine where we found this incredible place that is used as the main set of the film. We shot for four days in this Soviet-era library in the centre of the city with minimum equipment. We relied on an Alexa LF camera and some lighting to keep our budget focused on set design and our special effects. In the end, we shot the dream scenes and memories in a house outside the city for a whole day and night.

There is an air of boredom in the roles of the censors. How did you convey the surreal jobs held by your actors in order to elicit the correct performances?

We just treated their actions as if they were an actual job and this job is pretty close to being directors on a film shoot. Even if their function is conceptual (molding dreams), they stand for something real (hiding a trauma from their boss). Thus, the actors had enough reference points to ground their acting into reality.

Why did you decide to incorporate the mundanity of a day at work and not follow a more fantastical approach?

This idea actually comes from the Japanese film After Life by Hirokazu Kore-eda in which the director stages the after-death in a very tangible way, in very real settings. We thought that this setting in this dilapidated sad administrative building would reinforce the depiction of Yoko’s inner depressed feeling for the viewer.

It would be amiss of me not to highlight your incredible varied cast, how did you come to work with everyone?

We liked Damien Bonnard in his role in Staying Vertical, we discovered Sylvain Katan in casting sessions in France and Alexis Rodney in the UK. Finding Yoko Higashi was more unusual, I (Leo) actually went to a performance she did in a museum for an exhibition about Asian ghosts. I immediately felt that she would bring a lot to the film. 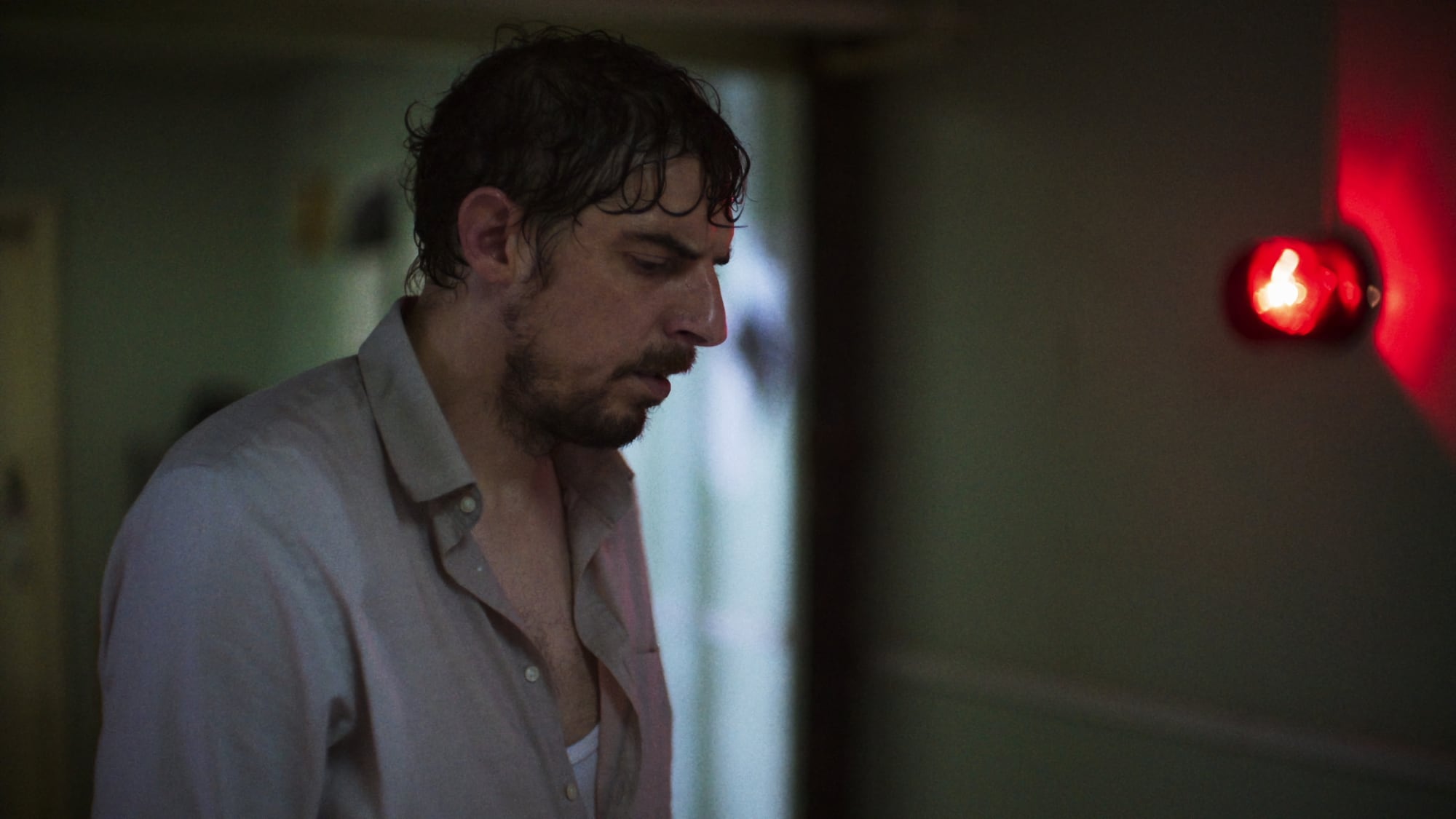 Considering the very different styles of work you have both produced through Megaforce, how would you say this film differs from your previous projects together?

The difference between our usual work as directors of commercials and music videos is that this time we did not have a client. The stake of a short film is personal and it was up to us to have the requirement to create a project which corresponds to our own desire.

We feel there is a fresh way for young directors in France to approach genre films these days and we want to be part of it.

What do you want people to take from Censor of Dreams?

This story is definitely fictional, but we have metaphorically developed this trial that we all go through in our lives, which is grief. We would be delighted if people could find in this film their own experience of grief and its different stages, from denial to acceptance.

We are both developing our own feature films with Iconoclast, but still keeping the collaborative approach we always have, often brainstorming about each others’ projects. We feel there is a fresh way for young directors in France to approach genre films these days, and we want to be part of it.