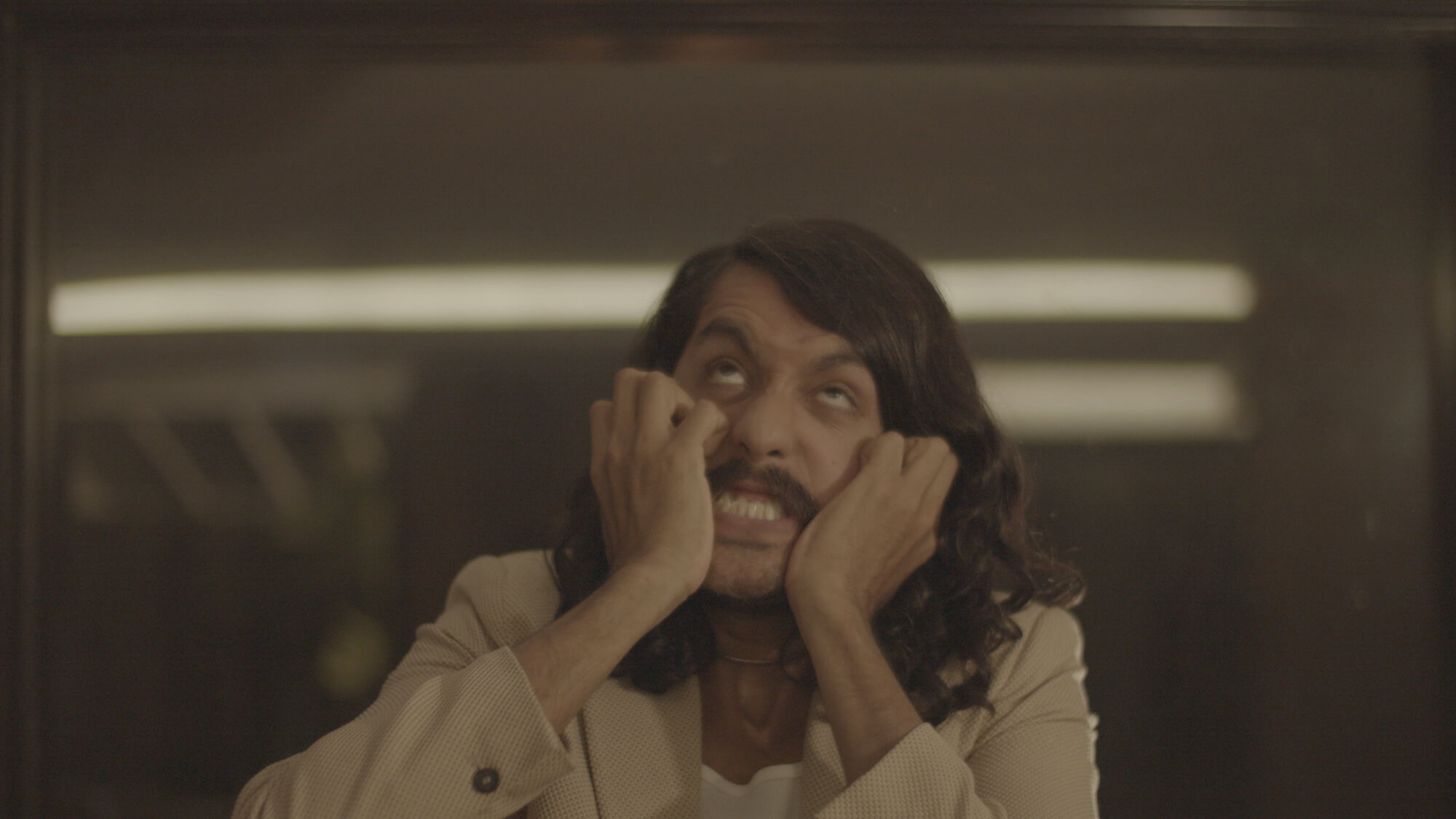 Stuck in a seemingly endless loop, a frustrated young man is confronted by his violent past while living in a limbo of his own making. Alexandra Velasco’s short The Seventh Circle is a chronicling of one man’s neurotic descent into utter madness. Velasco and her crew, made up of close friends and fellow immigrants, decided to create their horror-tinged short film after becoming frustrated with the uncertainty of the future during a time of imposed lockdown. Premiering here on DN’s pages, Velasco’s film arrives online as a welcome blend of pure catharsis and heightened genre thrills. Directors Notes caught up with Velasco for an in-depth conversation where we discussed The Seventh Circle’s cathartic genesis, the joyful experience she found in collaborating with close friends and family, and the manifested dark energy of her famed central location.

One of the aspects of The Seventh Circle I was really gripped by is how it’s kind of genre-less. It’s hard to put it in a box. How have you come to describe it to people who haven’t seen it?

The film revolves around a man who wanders around a beautiful house in a sort of anxious stupor that gets increasingly more aggressive until his friend shows up and our guy’s violent tendencies erupt in an ecstatic dance and a murder scene. We are left asking was this all in his head? Or was it real?

That energy greatly inspired the festive darkness of our film.

The house feels as much of an integral character as your two actors. How did you discover it and what made you want to shoot there?

I was lucky enough to spend lockdown with a very close-knit group of friends who were staying at the Baxter-Hodiak house in the Hollywood Hills, where the film was shot. A friend of ours let them live there while he spent the pandemic elsewhere, and it became my second home for that year. The house is incredible, the architecture designed by famed architect Lautner. The space itself was awe-inspiring but there is a dark energy to it. Legend says that John Hodiak, who played Batman, died in the house and that his ghost currently roams the premises at night. Apparently, he had a knack for partying and he shows up when people are immersed in nighttime festivities. I spent New Year’s Eve there and I promise I felt someone touch my shoulder as I danced in the living room. My friend Enrique Tena Padilla, who was living there at the time and who is the star of the short film, told me to relax and that John just wanted to party with us, he was harmless. That energy greatly inspired the festive darkness of our film.

What was it about Enrique that drew you to cast him in the central role?

Enrique, in addition to being stuck in a house because of Covid, also couldn’t leave the country or work or receive unemployment and other benefits because he was in the middle of receiving his O-1 visa, resulting in him being stuck in a country without being able to fend for himself. His frustration grew the more he waited, and waited, and waited. Unable to get answers or to do anything other than leave his fate in the hands of people he didn’t know. We wanted to help him channel those frustrations as fellow immigrants, so we created this film. A film where he could release his animal side and hopefully release the helplessness and anxiety he was feeling. It was a cathartic experience for everyone, but for him especially.

How would you describe your writing process?

When I write, I write already thinking of the shots I want. This film was created in an interesting non-linear manner since it was written with the location in mind first and I created a story that fit around said location. When I was writing, I imagined where specifically in the house I would want these actions to occur.

We were in love with the house and we wanted to take full advantage of every nook and crevice.

With The Seventh Circle created in response to the Baxter-Hodiak house itself what was your approach to capturing the building’s architecture during your shoot?

The DPs and I did a tech scout, which was an architectural tour of the house, and we all imagined and discussed camera placements. We were in love with the house and we wanted to take full advantage of every nook and crevice. Especially because the house is in the process of being remodeled right now, the way we see it in the film is a way that will never be seen again. It was our love letter to the Baxter-Hodiak house. 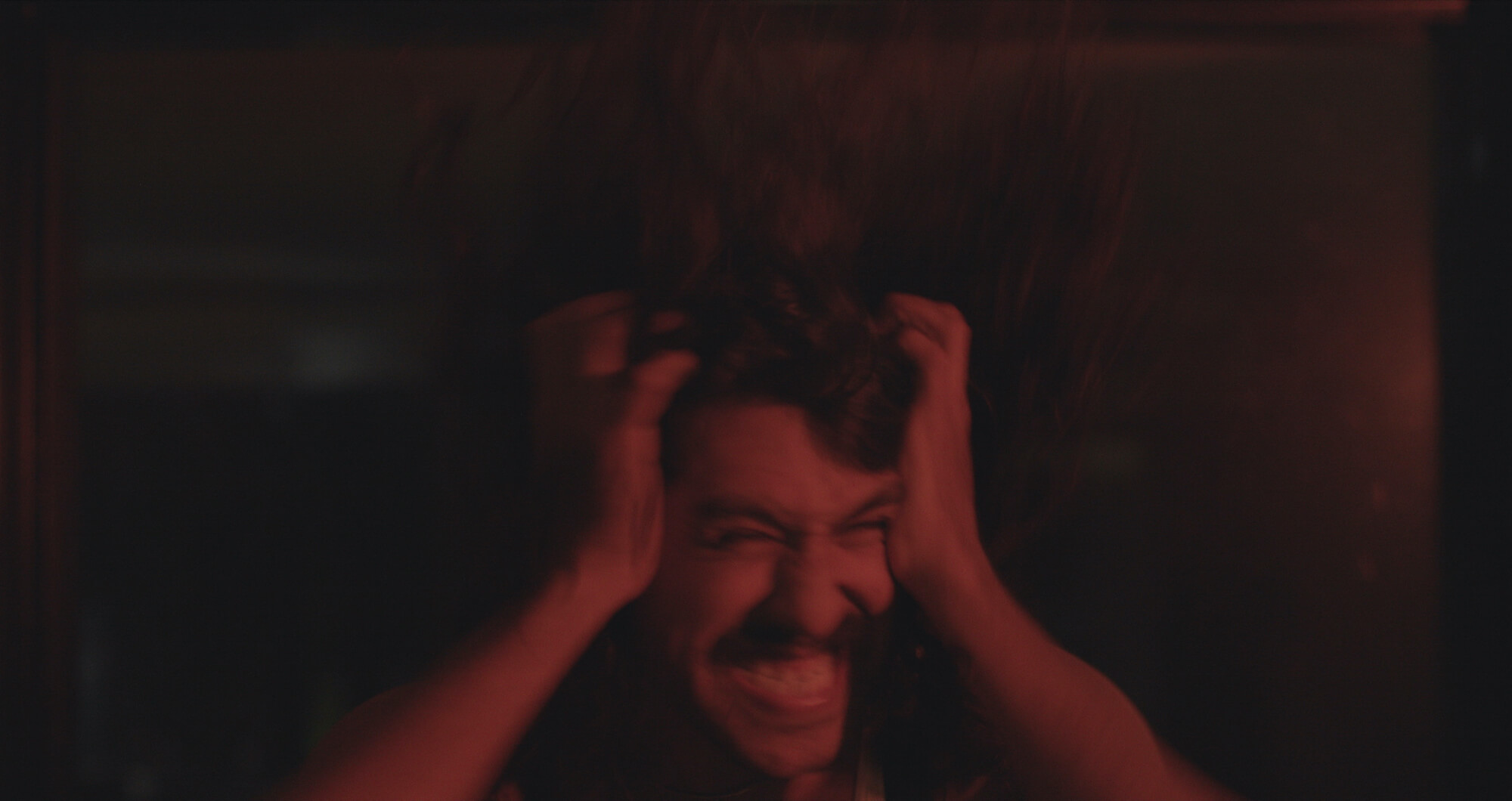 The day of production was like Christmas Day. We had a very small crew but our advantage was that we knew that house, so we were able to work quickly. The day was long but fun, a true collaboration between everyone involved. The DPs and I are fans of classic horror films and wanted to create our very own film inspired by the classics.

It must’ve been a joy to edit this film. To see the cohesion of all those stylised shots come together and with the score on top.

Post-production was supervised by myself and our amazing Editor Leila Jarman. She brought on Nick Uccan to score the film. He was very experimental with the score, using surprising materials like scissors connected to the computer via a contact mic. My sister Ana Velasco, was in charge of music supervision and signing on incredible songs for the film.

This film was created in an interesting non-linear manner since it was written with the location in mind first and I created a story that fit around said location.

The film looks incredible, what kit did you use and what was your approach when using it?

I asked the DPs Thaïs Castralli and Craig Boydston about this and this is what they said:

“We had time, budget, and crew limitations, but did not want to compromise on the quality of the look of the film. We had to light and shoot the whole short in one day among ourselves and move quickly, going from sticks to handheld and gimbal. Therefore our choice was a lightweight, compact camera. We were also shooting Super 8 for selected scenes for a specific visual approach. We did not want to bargain with that, we wanted the Super 8 and prepared for that expense. So we picked a camera for the overall shoot that offered us the best cost-benefit: the opportunity to move quickly, doing multiple setups per hour, while shooting raw. The raw on the Black Magic Pocket allowed us to be economical while not sacrificing quality, and finally, gave us the ability to work with the footage in post in order to match different formats. We used a speed booster to take advantage of the Canon L-series lenses we own”. 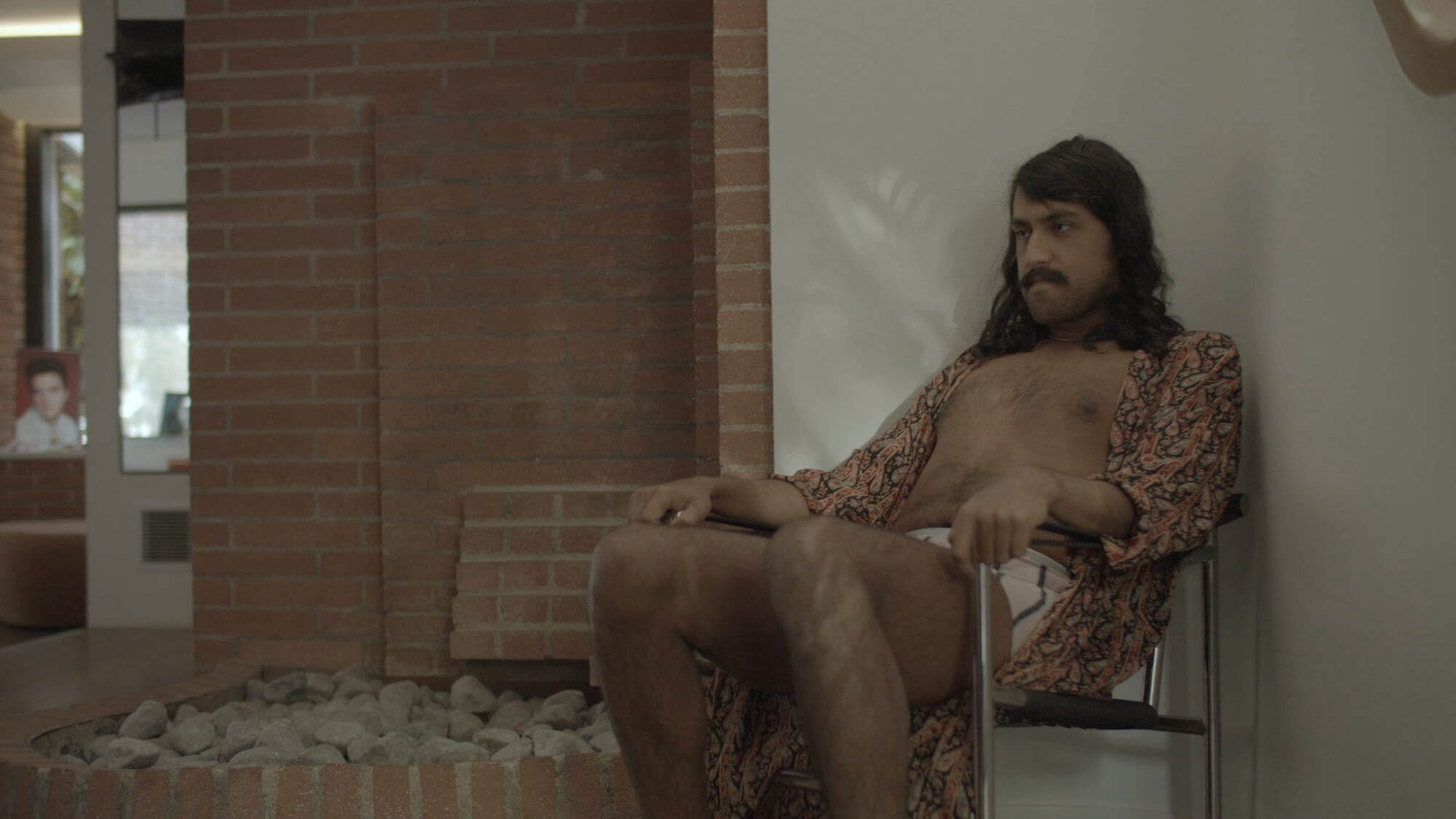 Can you tease us with any future projects you’re working on?

I just wrapped a short film that can be considered a pilot for a series about a group of female vigilante vampires set in the underbelly of Mexico City nightlife. The short was produced by Bulldog Studios and independent producer Gongy Gonzalez. Executive Produced by Laura Cartagena, Bulldog Studios, and myself. It stars Mexican actress Sofia Engberg as Damiana, DJ Cachorra as the vampire Angélica, Americo Hollander as Xavi and Elsa Gil and Catalina Berarducci as Angélica’s vampire coven.

It was a fun project to create because we got to shoot in the Mexico City subway station in the middle of the night. They closed it down only for us! It was surreal. Another awesome aspect of this is that every head of department was either queer or a woman, which made the experience unforgettable. Our incredible DP Sophia Stieglitz hired the Amazonas Eléctricas, a team of female gaffers who absolutely crushed it. We are in the midst of post-production and looking for all the help we can get regarding donations, whether financial or in-kind.