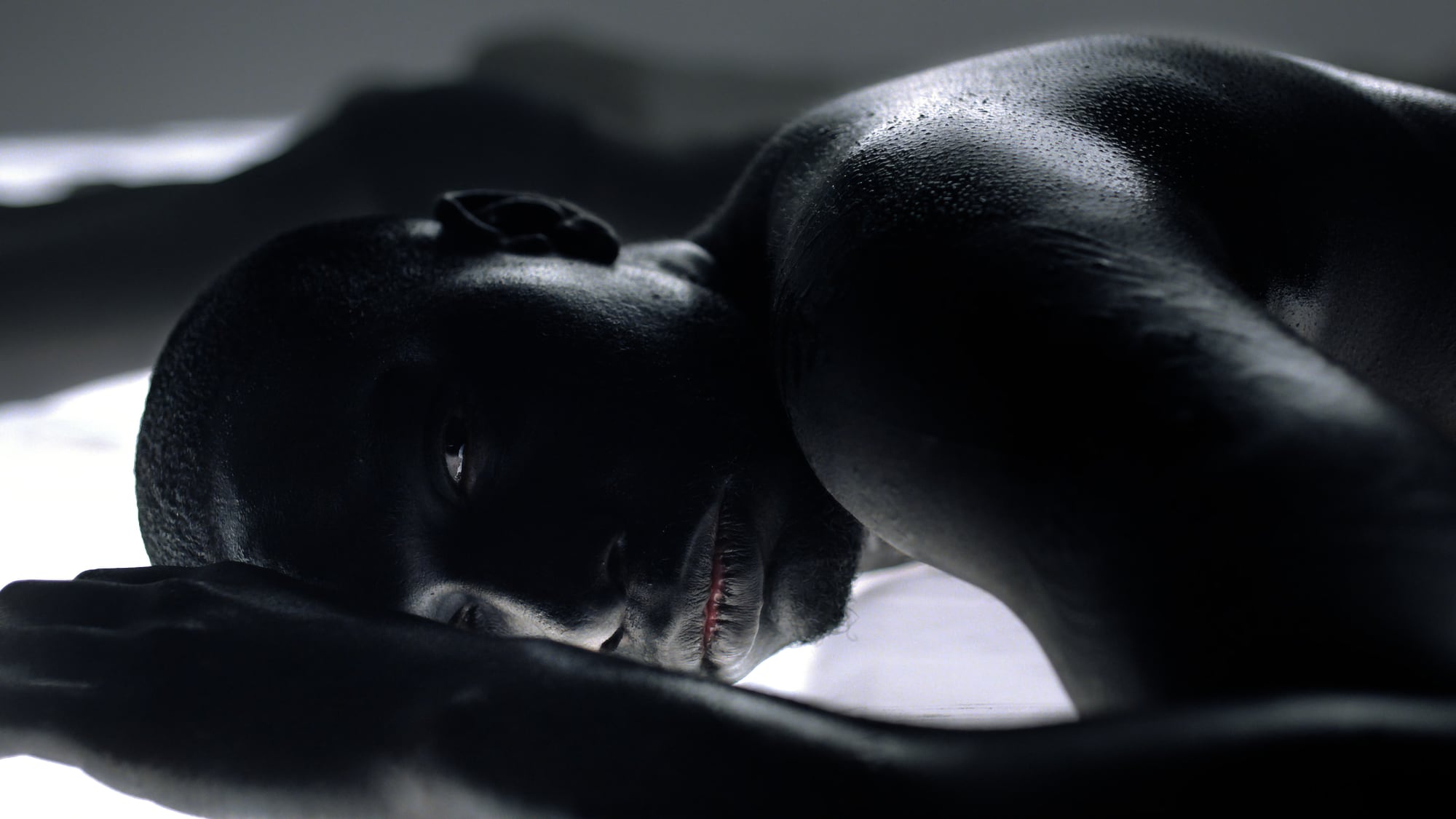 From Pablo Picasso’s Guernica to modern disaster films, real-tragedy has always provided inspiration to artists. Nonetheless, while some artworks seek to illuminate or entertain, there is always the lingering suspicion that not all artists have the most honest or helpful intentions. Munich-based Director Sylvain Cruiziat tackles this topic head-on with The Raft, a film that doesn’t just want to provide lively discussion but to provoke heated arguments long after the credits have rolled. Set within an art gallery, it shows the ways in which a well-monied artist has exploited the refugee crisis to serve her own career. At once biting, bracingly beautiful and potentially controversial, this is a film that looks deep into the art world’s heart of darkness, providing a cynical vision of its potential to say anything meaningful about recent tragedies. Making its online premiere with DN today, we talked to Cruiziat about being inspired by a real exhibition, the film’s interesting premiere at Toronto and blurring the line of separation between fictional spectators and viewers.

The Raft was made in response to the refugee crisis in the Mediterranean, and we are talking as Europe enters the Ukrainian refugee crisis. And we see in both cases how the art world responds. I felt that your film was a very cynical view of how art responds to tragedy…

The film is inspired by a work of art that was at the Venice Biennale in 2007 actually but that wasn’t the starting-off point. We had different ideas and concepts and everything evolved around how real-life dramas are exploited for stories and artworks and artistic careers. We thought about that and had different ideas for a film.

We wanted it to be set in the art world over the course of an evening. My co-author Daniel Thomé stumbled upon this art piece, which was basically a big white canvas where Sudanese women, painted black, and completely shaven, laid on top of it playing dead. Then the artist had a bucket of red paint and was spraying it all over these people, whilst other people were watching. 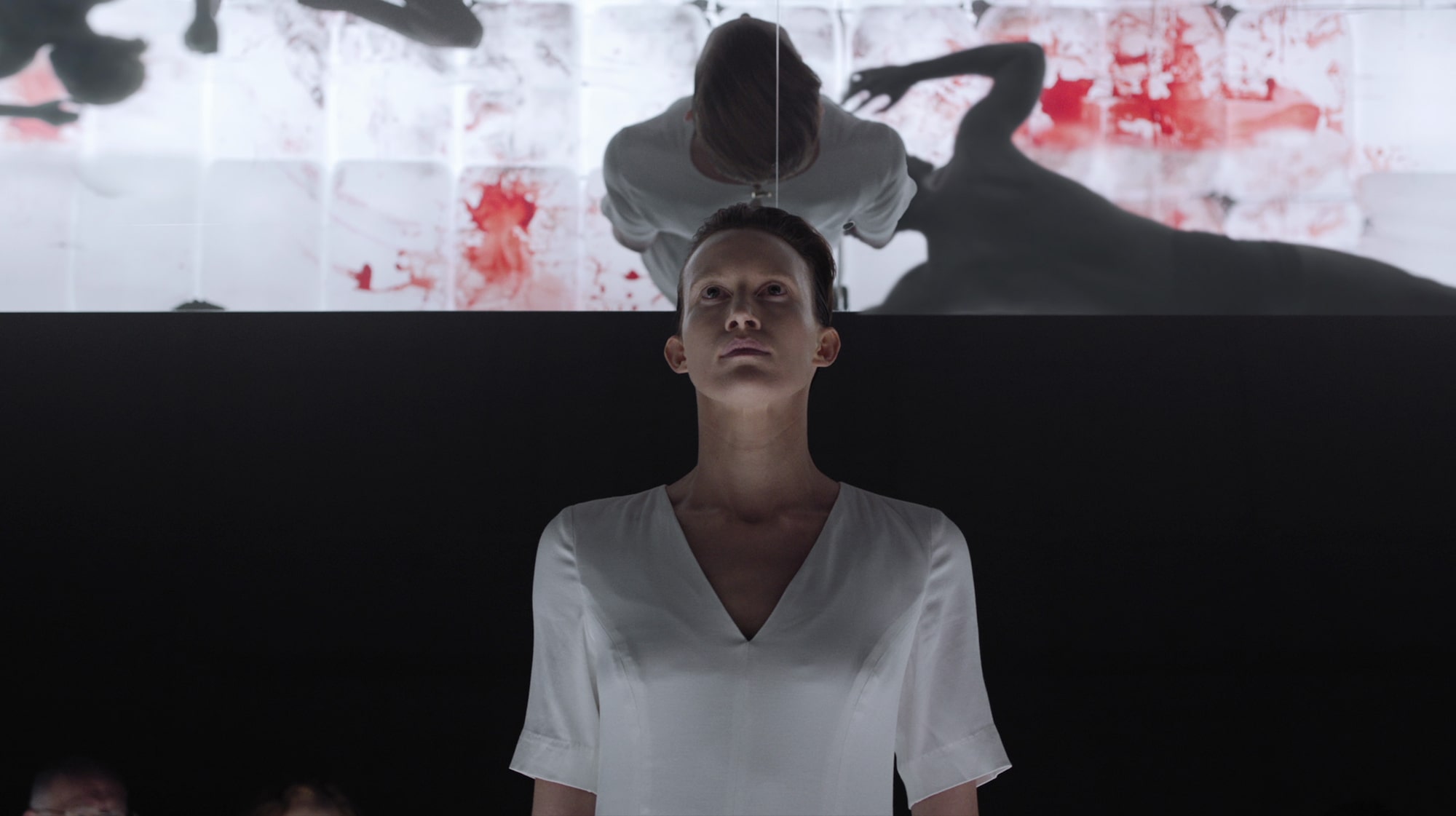 There’s so much negative space in this gallery, which brings a lot of darkness surrounding the characters. What was it like finding that space, working with the set designer to bring it to life, and then finding a way to actually shoot it?

We looked at different spaces throughout Munich and we actually found this space which is in an Egyptian museum. It was this big concrete space, which I found to be perfect because it didn’t feel like it was rooted in reality. It had this hyper-realism that was very interesting. Then we started building ideas visually. It was the goal to have the art piece as the centrepiece of the exhibition. We came up with the idea to build the raft with these canisters that we put together, around 400 of them, and lighting them up from underneath so that the only light source in the room would come from this centrepiece, reflecting off the canisters.

My cinematographer and I started talking about how we could film the indifference of our western bourgeois society towards this artwork. We pushed it to the extreme in having shots of the guests drinking champagne while the performers are effectively committing a collective suicide but we could not find a shot to combine them. So that’s where the idea came to use this mirror, to make sure that anywhere you look in the room you become confronted with this image that you don’t want to be confronted with.

I think we’ve all experienced it at film festivals where people are sad for a while watching an important film then go off and do something else. But in depicting such horrors, weren’t you worried about simply replicating the same trauma?

It’s something we obviously thought a lot about. My take on it is that I wanted this film to raise questions instead of offering solutions. I found it interesting to invite the film’s viewer into the exhibition space of the artists, in the same way she’s invited her guests in the film, where you as the film viewer would experience what the guests in the film are experiencing and have to take a position towards the unfolding events.

I didn’t want to put a filter between what you as film viewers see and what the guests in the exhibition see.

On a visual level, I don’t see the film as replicating the visuals of the artists, rather I decided early on that I didn’t want to put a filter between what you as film viewers see and what the guests in the exhibition see. In not tampering with these visuals I wanted to further invite the viewer of the film to be exposed to the event of the artists in the film.

But your film had a very strong response when it premiered at the Toronto International Film Festival? I read some nasty comments on Letterboxd…

Despite the ugliness of what transpires the music is quite beautiful, creating an ironic contrast. What was it like working on that?

There are three pieces in the film. The first one functions as an introduction to the space. The last piece is where we wanted to make sure that the perspective was very clear. That song works with repetitive elements because we wanted the thought process of the child — the only one who understands what’s going on — to be carried on throughout those last scenes. 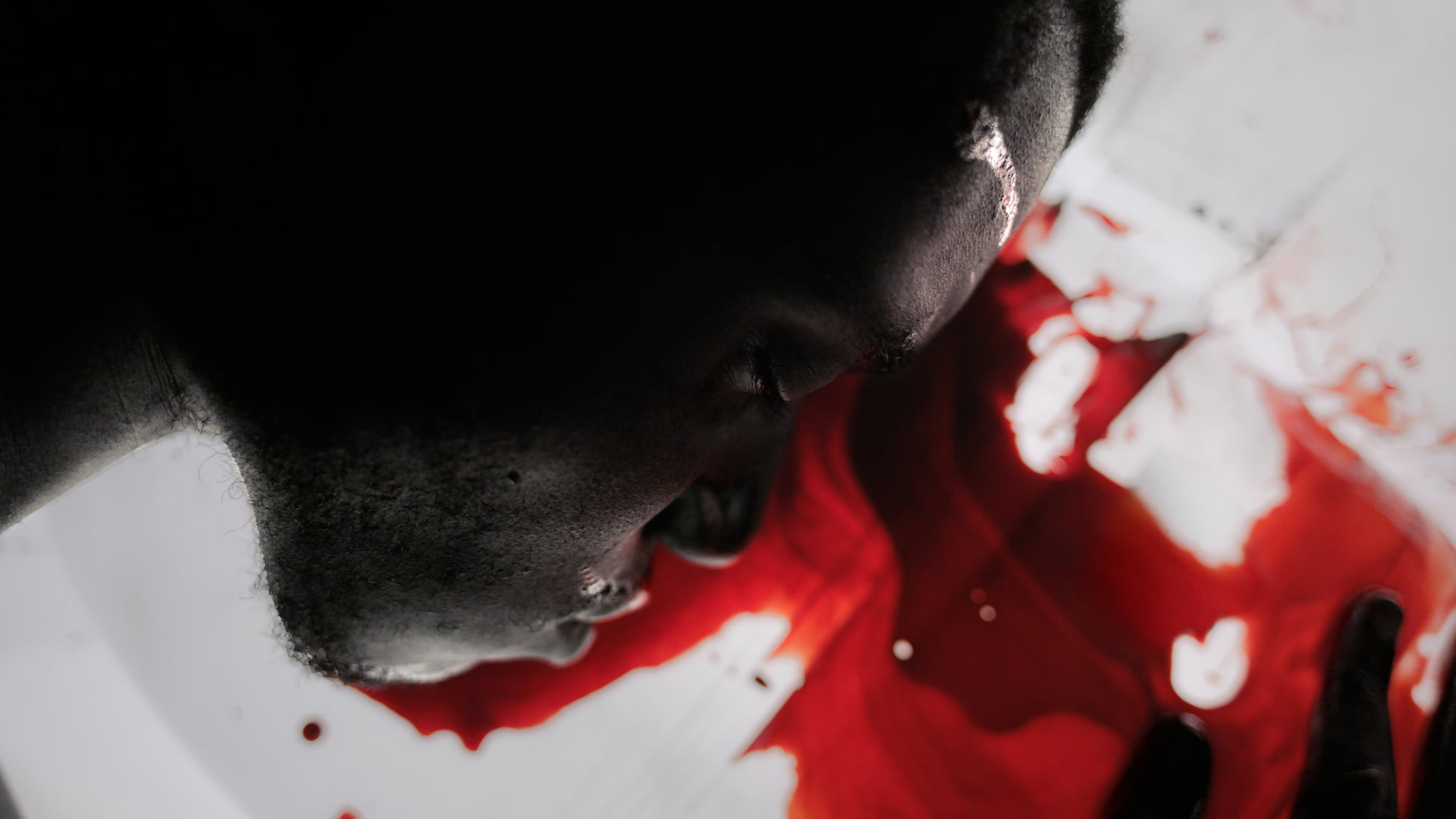 And the song in the middle… that’s one of the main things rewatching three years later, where I think we’re walking on a very thin line. If I can remember it correctly, the thought process was to pervert it in such a way that it becomes ridiculous, to get the effect that we wanted. We tried to mix it so you wouldn’t know if it was the filmmaker playing the track or the artist in the gallery but in hindsight, I don’t think it worked. I would definitely change it to offer a clearer perspective.

I’m currently in the post-production process for a feature documentary. It’s a coming-of-age film that follows three 19 year old male friends who we watch tackling themes of independence, sexual identity and masculinity while their strong bond begins to fade into individual life chapters.