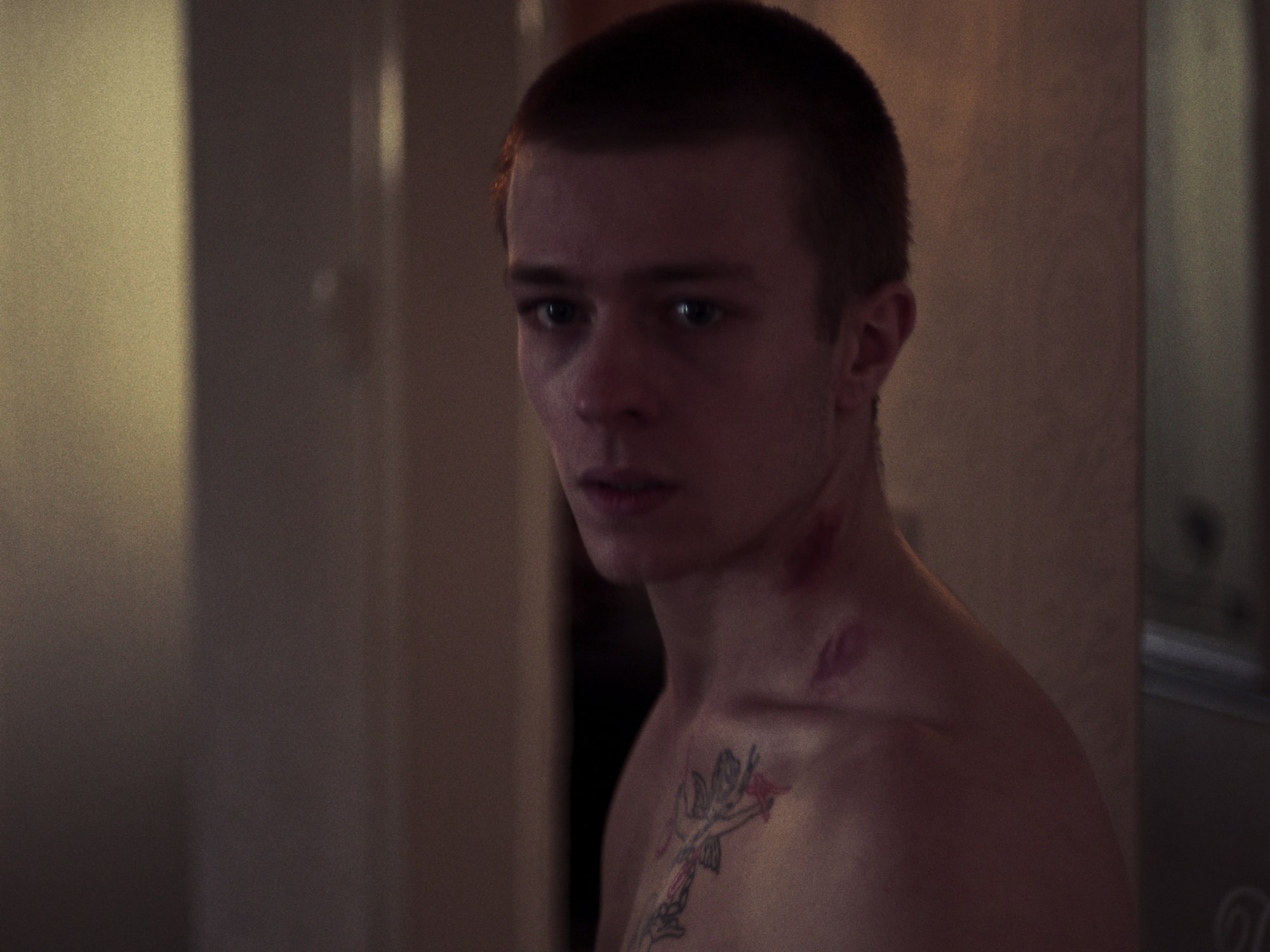 It is always a pleasure when a film we mentioned in one of our Best of Fest round ups is submitted to Directors Notes. When I first saw Sean Lionadh’s Too Rough at this year’s Glasgow Shorts Film Festival, I was taken aback by both its evocation of a tough, lived-in atmosphere of dread as well as its capacity for empathy, creating a nuanced portrait of coming-out in a difficult world. Telling the story of the young Nick hiding his boyfriend from his alcoholic parents, it is a deeply sensitive tale that is at once claustrophobic and touching, showing a fine command of tone from the poet/director. As the film screens as part of the HollyShorts film festival — currently running until the 20th August — we took the opportunity to talk to Lionadh about basing his film on a true story, finding contrast through performance and being inspired by the hyper-realistic tone of Andrea Arnold.

Was Too Rough based on something that happened to you in real life?

Yeah. Pretty much everything in the film has happened at some point to me, just not all in one night. But yeah, I had to sneak out a boyfriend once. Looking back it was quite comical because we were running up and down the stairs like some Charlie Chaplin film, but actually at the time it was very stressful. And it really created an animosity between us because suddenly my boyfriend was kind of like an enemy, someone who was bringing me a great deal of distress. So I was really interested in what that does to a relationship and to tell a story about Nick, who is caught in these constraints the whole film and is under an immense amount of pressure, and how that actually ends up cracking him open and brings out a lot of vulnerability that he has been refusing.

I’d love to know how you capture the nuanced between the two boys, with one being more open in his sexuality while the other is keeping it more hidden. How did you want to approach that in the writing and how did you want the actors to express it physically?

I really wanted that counterpoint between the two classes that they’re from. One being very middle class and rather impatient with the way that Nick’s background is causing him to hide. I think putting them in each other’s world is what really brought that to life. It’s about being able to see his boyfriend Charlie transform over the film. At first he is pretty aggressive and surprised he can’t even go and have a shower, but by the end he sees the truth and I really wanted his eyes to be opened across the film.

As they fell in love, they almost created their own little film, which I think is what you do when you’re in love.

Ruriadh Mollica and Joshua Griffin, who play Nick and Charlie respectively, had very different approaches. Ruriadh was very instinctive and operated purely on emotions. Joshua read A Little Life, which is a book I mentioned once in audition. He read all 800 pages and took all these notes! But I can’t really remember the approach because it was so organic and natural; just a really gentle, open conversation. 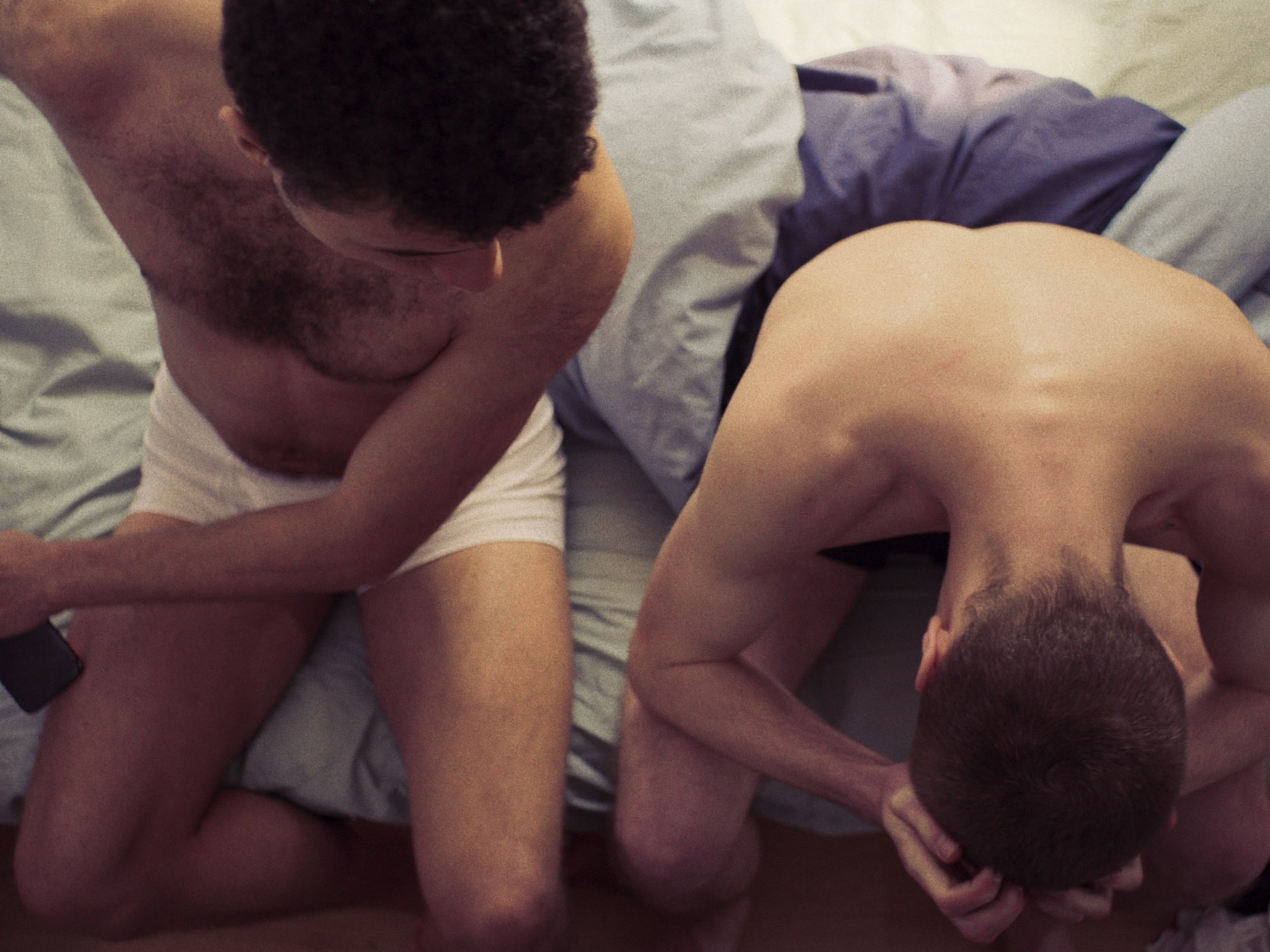 It’s interesting what you said earlier about Chaplin because there is definitely a version of this that could be played as high farce, but you opt for a more realistic approach with a claustrophobic feel and an immersive visual language? How did you want to approach the film cinematically?

I wanted it to feel that across the film we start from a really harsh, hyper-real kind of cinema. Andrea Arnold was a big reference. But as the love story develops I wanted it to almost rise into more cinematic qualities, so the handhelds became static and the music swelled and the contrasts seeped in because I felt like, as they fell in love, they almost created their own little film, which I think is what you do when you’re in love.

Talking of love, what I loved is the way that you depict Nick’s parents, as in they are not one-dimensional characters but rather they are broken in their own way by alcoholism. Was it important to have that kind of nuance?

It was important to me because I think in the end, we see that they are just children almost. They need to be taken care of as well and they need to be watched. For the whole film, Nick is under scrutiny from everyone: from the party, from his boyfriend, from his family and the social worker. But by the end of the film, he’s actually the one that comes into power and starts to scrutinise everyone else because he finally takes that responsibility. I had alcoholic parents growing up and it really forces you to grow up quickly and become a caretaker. Alcohol, like all drugs, freezes someone and it stops them from growing like my parents emotionally froze at a very young age. Only recently have they begun to grow again which is amazing to see. But I think it’s important to show that it is absolutely an illness and a disease that comes from deprivation, whether it’s financial, social or class-based. 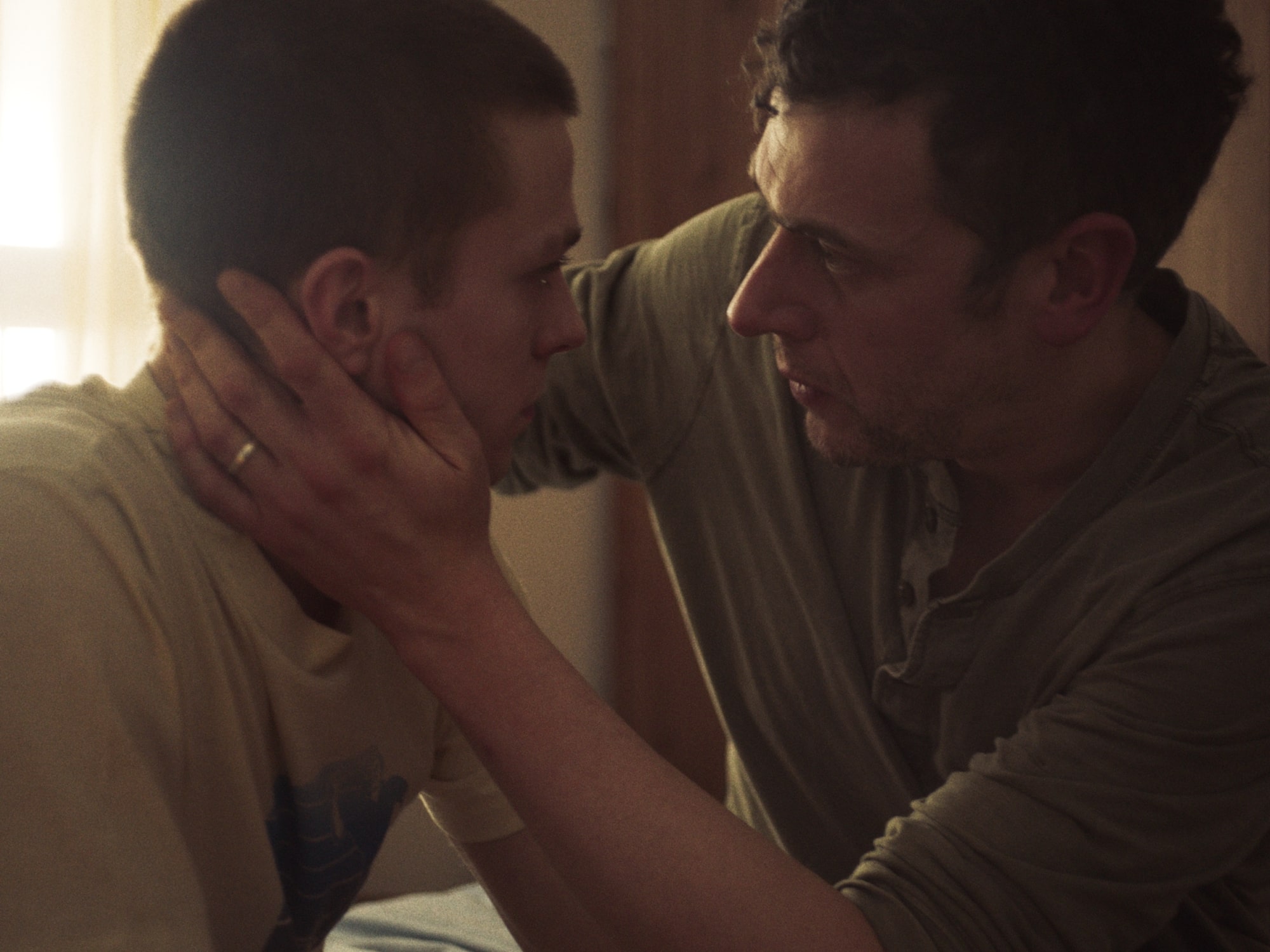 I’d love to learn more about the set design, which does a lot of subtle work to underline Nick’s character. What was it like working with the set designer on this?

Yeah, our Production Designer Tomas Palmer was amazing. He ended up having to play a role as well because COVID stopped us from getting any extras. Actually, everyone on the crew had to be an extra at some point. We wanted to have a hyper-real Glasgow set, but we also wanted these symbols of trapped femininity, like Mary in the jar and the tin with Diana and Charles on it. We wanted Nick’s colour to be blue so when he goes into this party it’s so red and obviously screaming danger to him. But then as he drinks, the party becomes very blue as if he’s found his own comfort through alcohol. And just these subtle symbols: one of my favourite shots is when Charlie is drinking water by the window and we see his body in the light and there’s a little football trophy just next to him. I imagined Nick saying to Joshua that he finally had the real thing which was previously just this football player, this body that had just been on a trophy for his whole childhood.

I had alcoholic parents growing up and it really forces you to grow up quickly and become a caretaker.

I had seen your poem Time For Love beforehand, and that was more of direct advocation for tolerance. I also read that you do a lot of work in LGBT workshops. How does a film like this, which is more ambiguous in its approach, fit into that?

I think all storytelling falls on the spectrum of advocacy at some point. Time for Love was a lot about the dangers around us. Now I think I’m starting to lean into stories about the dangers within us. Because despite the dangerous places that you’ve been in as a child, as a young person, I’m pretty much safe all the time in my life now, because obviously I’m privileged and live in a safe country. However, it’s the sort of internal danger that goes on after those dangerous environments as a child that then become the thing that you’re confronted by. It can be a lot more insidious because it’s your own voice screaming things at you rather than someone else. With Too Rough I wanted to explore the choice Nick has which is to stay hard and stay closed off or you know, soften and open up. And I think that’s as important a message as anything I said in a Time For Love more explicitly.

I’m working on developing my first feature with Screen Scotland. It is a film about two young men who fall in love and discover a supernatural entity that between them is almost a manifestation of their relationship. At first, it’s very benevolent but things take a very volatile, dark turn. It’s essentially a psychological horror.