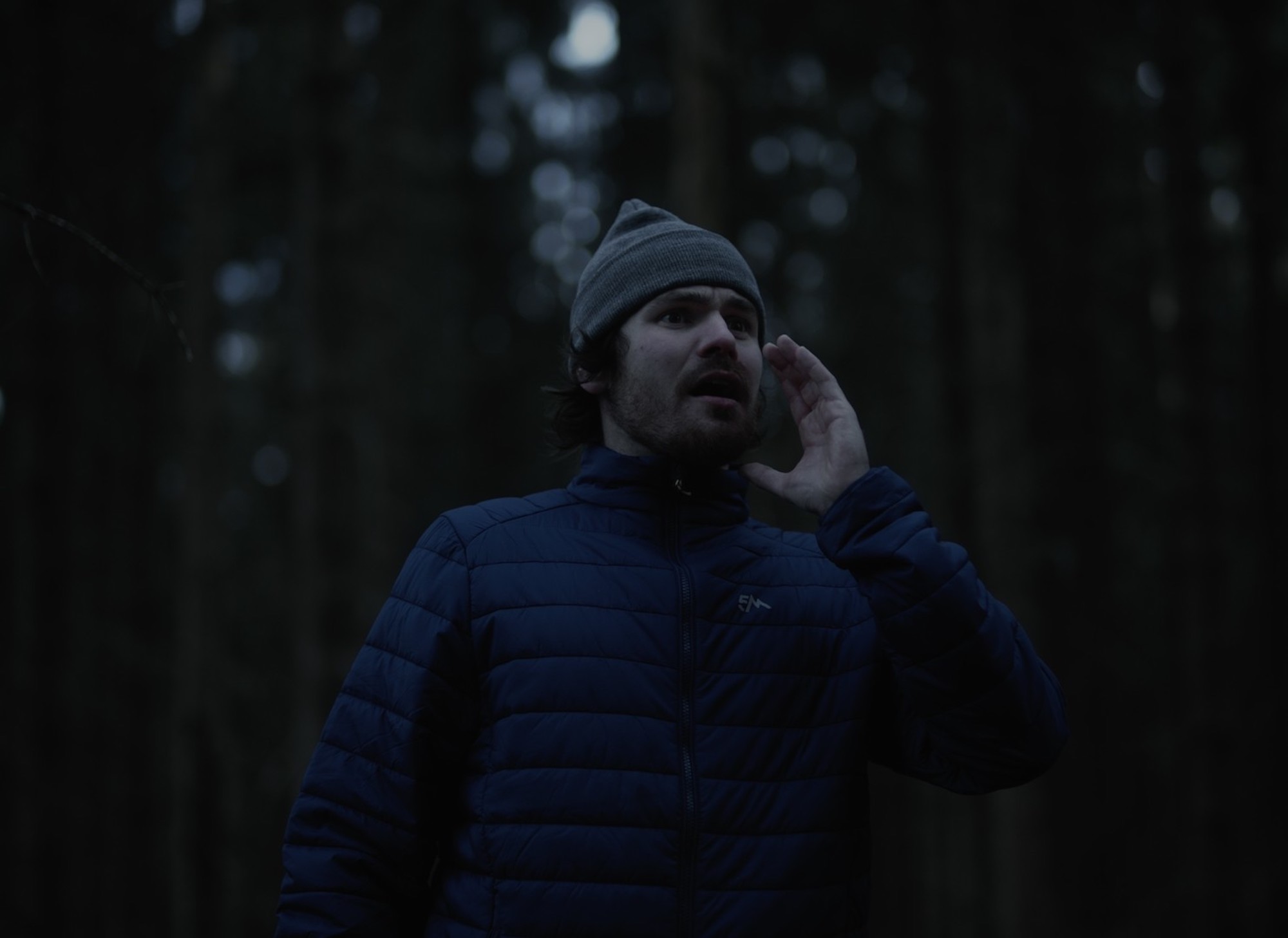 In Jamie Wanstall’s stylistic short Still Waters Run Deep what starts out as a romantic camping getaway in the woods quickly descends into a psychological tale of madness and folk horror. It tracks Darren and Sorcha, a pair of long-term lovers, on a trip, hoping to spend some time away in nature. But, unfortunately for them, their isolated woodland location has other ideas. Wanstall’s precise visual direction gives the film a distinctive flair akin to Robert Egger’s menacing feature The Witch. His camera moves and pans slowly, allowing the tension to bubble away before being released in all manner of strange and surreal occurrences. DN spoke with Wanstall as the Still Waters Run Deep arrives online to discuss his genre influences, the film’s clever and concise cinematography, and the catharsis of channelling his own fears and anxieties into his filmmaking.

Where did the idea of a couple experiencing a nightmarish camping trip come from?

As with a lot of filmmakers, ideas often come from your own fears and anxieties: losing loved ones, becoming trapped and not knowing what the future holds. So in this instance, I was intrigued by a scenario that I, or anyone else for that matter, wouldn’t like to find myself in. And there’s nothing I fear more than something happening to my wife. But what if I was the reason for it? I enjoy being out in the wilderness and it’s an environment that has its horror as well as its beauty. So it becomes the perfect setting for a concept that has warping perspectives such as this.

That’s the idea behind this film, to create an uncomfortable environment for our characters to operate in.

Did you draw from any other psychological or folk horror films when developing the concept?

I tried not to draw any specific inspiration when developing and shooting the film as I didn’t want to taint the ideas I already had. That said, I’m stylistically a fan of It Follows and how David Robert Mitchell moves the camera to create tension. Though I’d argue British film Calibre is one of the strongest inspirations. It’s a film where I genuinely thought “Shit, I don’t actually know what I would do in this situation”. That’s the idea behind this film, to create an uncomfortable environment for our characters to operate in. 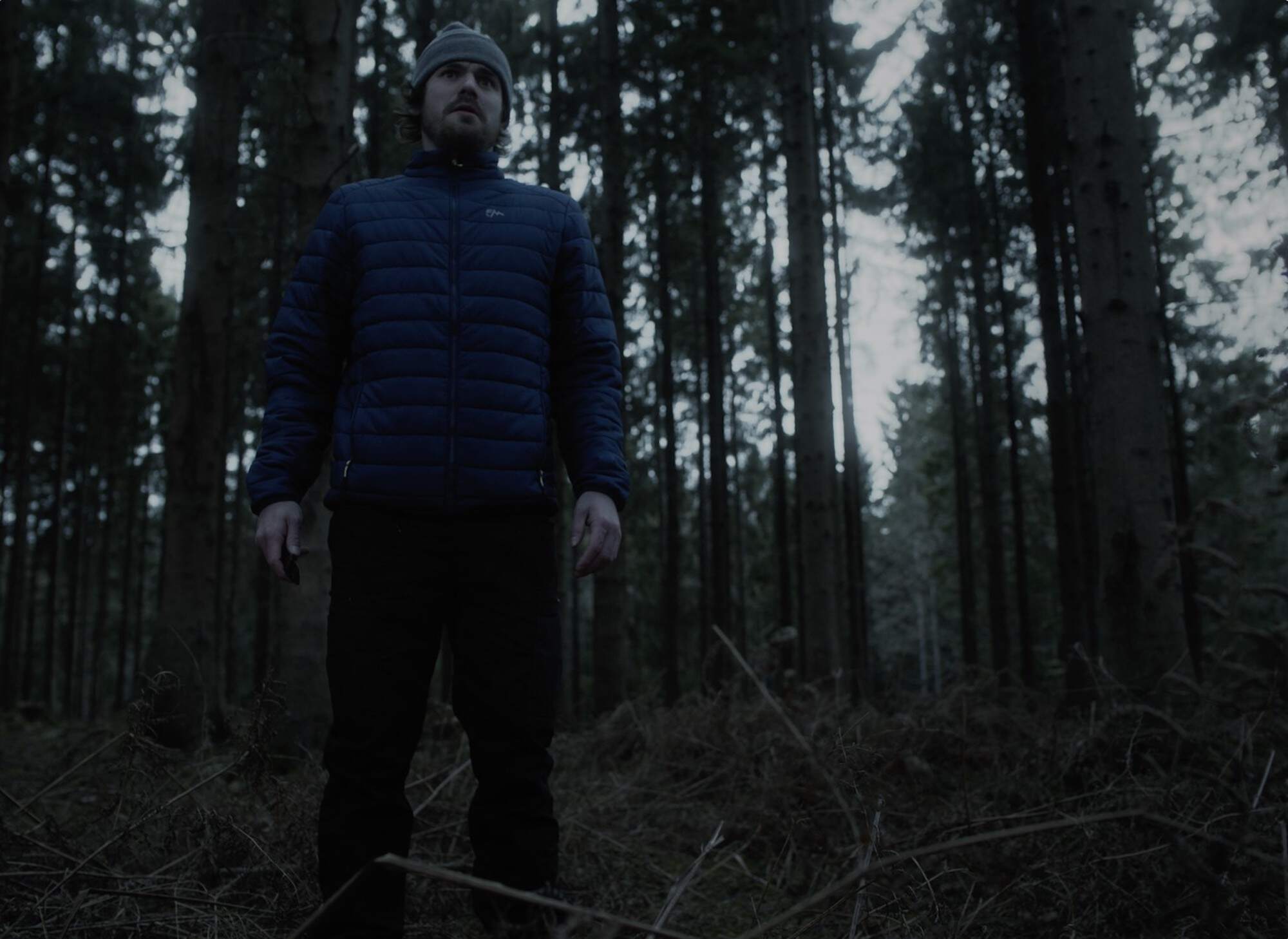 What attracts you to making films that are designed to get under an audience’s skin?

It’s simply what I enjoy myself. Watching a film should be an immersive experience and that’s what I enjoy about the horror and thriller genres. It’s a bit like eating a super spicy curry, there’s something in my brain that says “this is wrong”, but through sweat and tears, I will still enjoy it. Human behaviour is strange, and that’s when filmmaking is most captivating.

There’s so much tension and uneasiness in the cinematography, what is your approach to constructing a shot?

Generally, the approach was to create a frame that affects how the audience thinks about the action over time. Which is why I didn’t want to cut unnecessarily, the longer we view a composition, the more time we have to think about and change our perception of it. After a while, the audience will begin to fear what could be lurking. So the trick is in the timing, more than it is in the composition of the shots. This is also why we explored the 4:3 open gate frame on the Alexa Mini sensor, to create a more uncomfortable viewing space for the action.

Do you storyboard at all?

I actually created an animatic of the film up until to murder scene. This helped me gain confidence in how I wanted the film to play out in terms of mood and tone. It also helped the DP Phil Thomas, as well as the rest of the crew, to understand what we were trying to achieve. Although I didn’t use this on the shoot days, you’ll see the similarities between the animatic and the final film.

How did you create the strange creature/person Darren sees in the woods?

Originally I was going to cast someone that would be ‘the figure’. However, it actually made sense to use Lewie Watson for this as it can be perceived that it’s a reflection of his darker side, given what he proceeds to do in the following scene. The viewer is somewhat led to believe that this could be some sort of paranormal being from the lake. So we literally covered him in fake mud, and when that ran out, we used real mud. The poor guy was absolutely freezing but he braved it while we shot as fast as possible.

The approach was to create a frame that affects how the audience thinks about the action over time.

The montage edit towards the end is so frantic and intense, how did you find piecing that together in post-production?

This was the most enjoyable but most difficult part of the edit. It’s fun because there’s a lot of creative license to experiment, however its importance was to give the audience a new perspective on the story. So it was challenging in that sense but it was great to give another dynamic to the film. I’m sure it gave Sound Designer Dom Lancaster something fun to work with other than syncing footsteps! 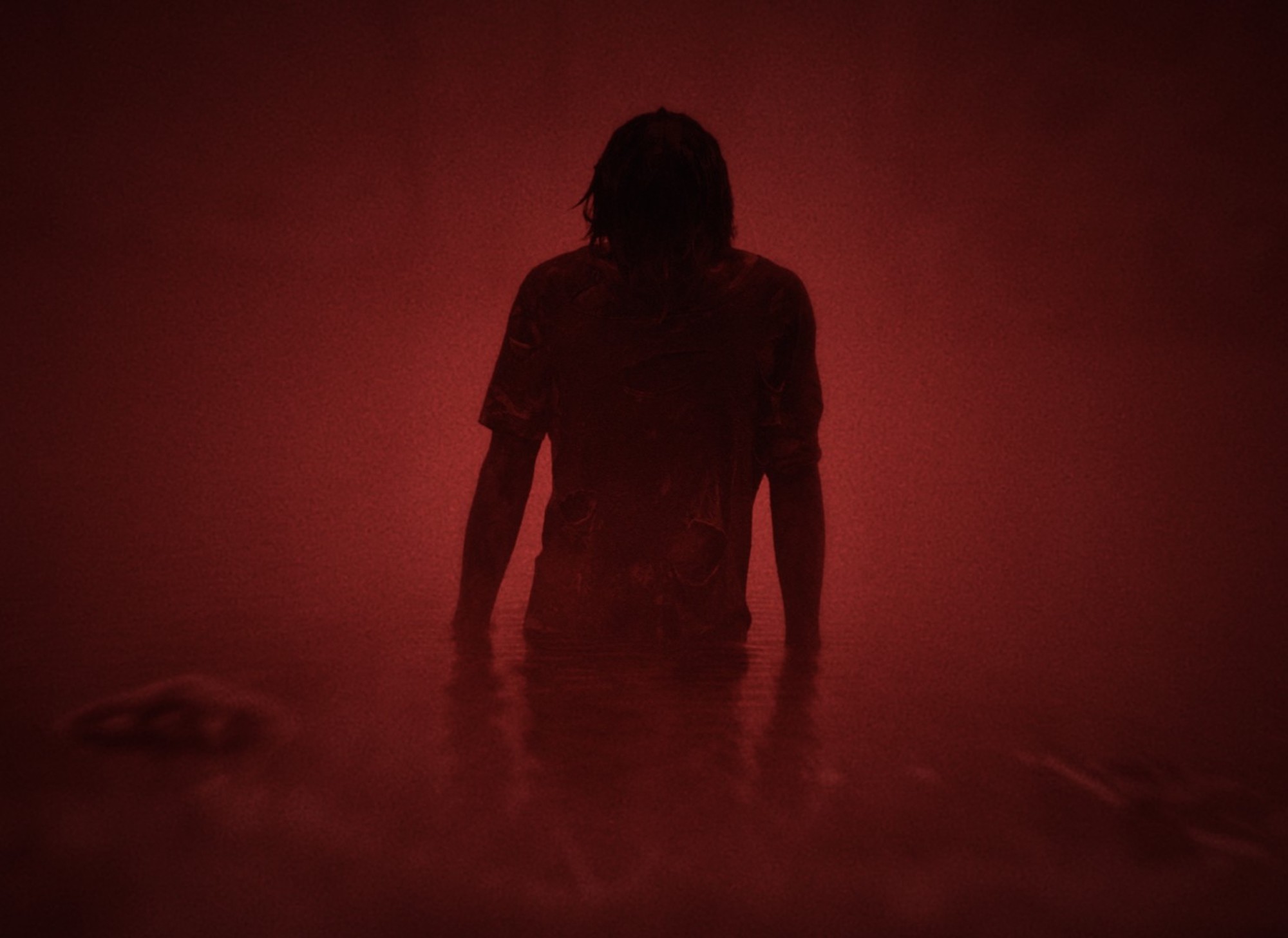 Was there anything you learned in making Still Water Runs Deep that you hadn’t encountered during a production before?

Production always throws up something that you don’t plan for and you have to adapt to every situation. Whether that’s due to technical faults, a change in the script, location issues and as always, the weather. But you generally learn that the beauty of filmmaking comes from the ever-changing circumstances. It wouldn’t be any fun if it were too easy. On this production, it was more about emphasising the importance of teamwork, good scheduling and warm clothing.

I’ll be continuing my day-to-day commercial work but I’ve always got narrative projects up my sleeve, horror or ‘disturbing’ in taste of course. Whether they ever see the light of day or not is another story. But I’ve got some concepts both short and feature length that I’m looking to get off the ground so hopefully, it’s not too long until we’re back at it again.