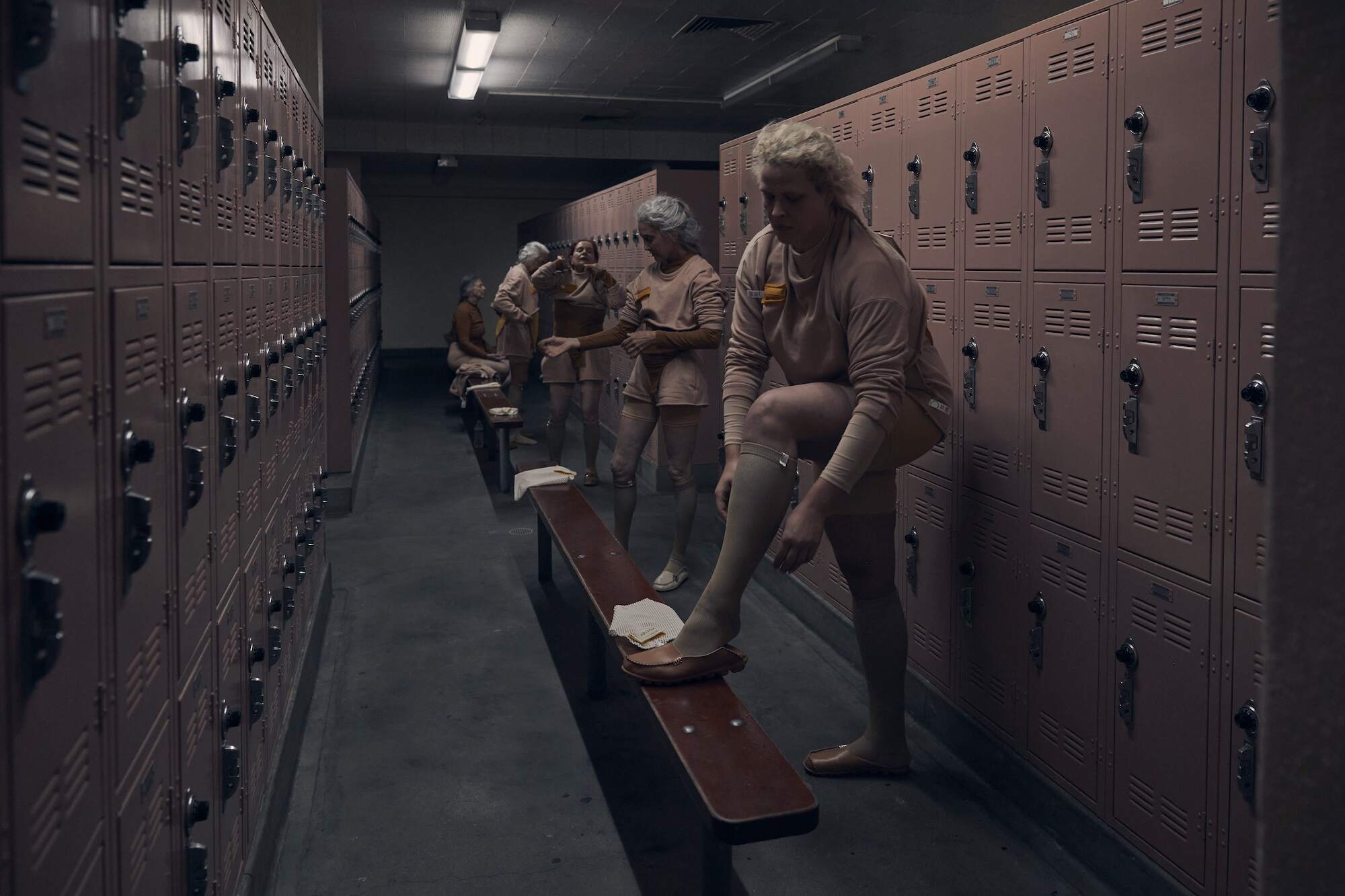 Last seen on DN with disturbing body culinary short Make Your Maker Artist Lucy McRae’s distinct experimental sci-fi FUTUREKIN is centred around a group of women who are performing a daily otherworldly ritual to create genetically designed children. Whilst this may sound extravagant in design, McRae’s clever approach presents the monotony of the women’s methods. We witness their day-to-day existence as they get up, get dressed and go to work to perform this ceremonial-like task. The joy of watching McRae’s film is in the lack of exposition, this is art designed to be thought over and interpreted and is a continuation of McRae’s ongoing interest in the impact future technologies could have on human evolution. You can watch the trailer for FUTUREKIN, which is currently journeying on the worldwide festival circuit, below and follow it up with our conversation with McRae which covers everything from her adaptive creative methodology to the process of developing her film’s central prop alongside the director of MIT’s architecture department.

How do you usually begin the creative journey of making a short film?

I’m world building through costumes and props, these objects become protagonists and from there I build outwards; casting, location scouting, or developing other peripheral props that drive the narrative. On set, we have shot lists and a solid understanding of what we need to shoot. Personally I’m relying on intuition, instinct; a communion with a spirit, the days before hoping it shows up, the experience is more performance and improvisation. I’m a self-trained filmmaker, a friend once described it, like making jazz, improvised, adaptive, experimental…

On set, it’s really intuitive and instinctive for me, like a communion with a spirit.

How does that approach translate into the beginning of pre-production?

Pre production is me standing in front of my bathroom mirror layering a pile of materials onto my body, be it bathtub mats or camping materials. 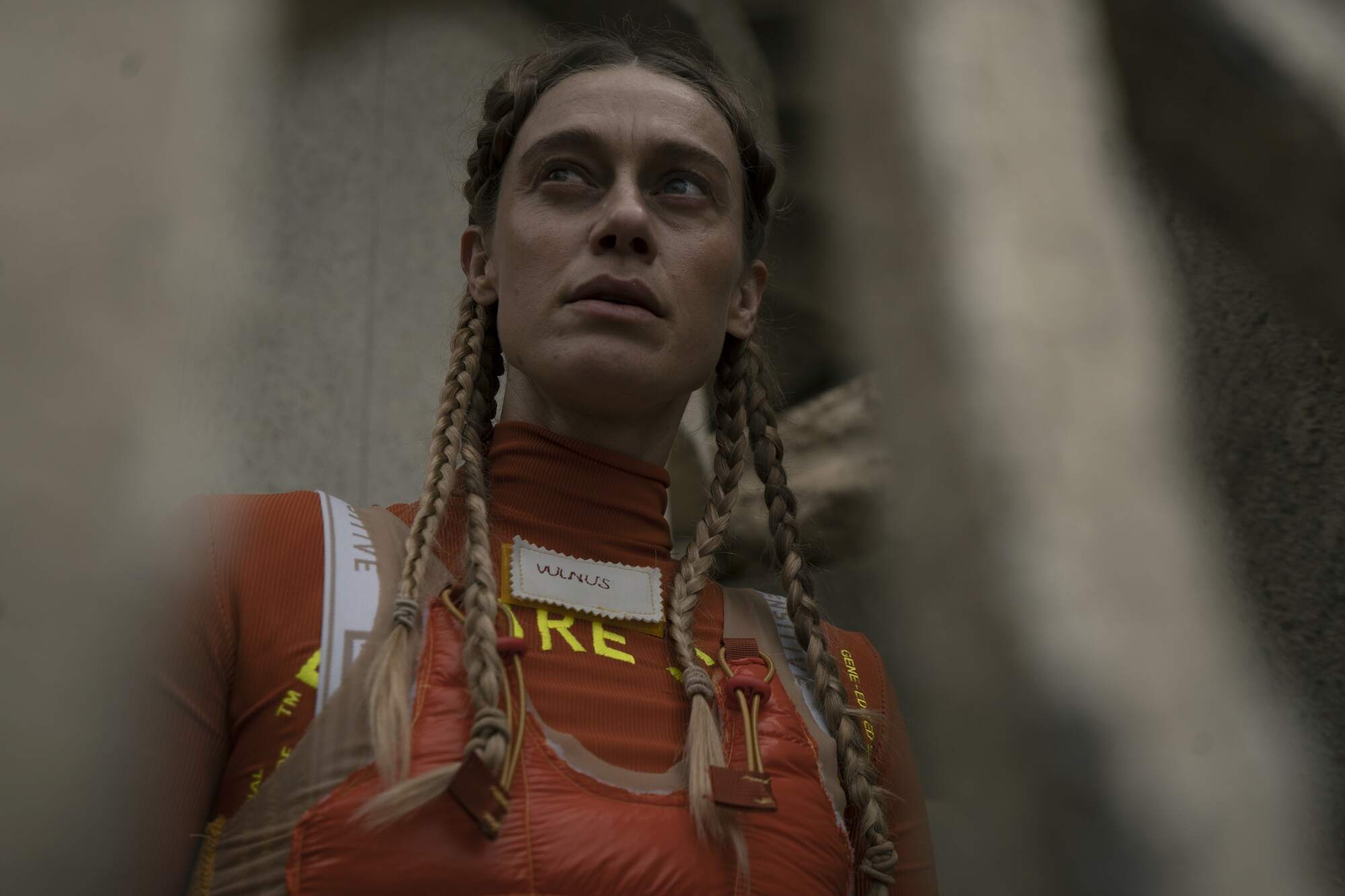 You mentioned developing the story from props. How did you come across the central machine used in FUTUREKIN?

The main machine featured in FUTUREKIN was commissioned by Professor and Dean of the School of Architecture and Planning at MIT, Hashim Sarkis. This new commission was exhibited at 2021’s Venice architecture Biennial. FUTUREKIN is a self-funded film, I hadn’t made a film since 2016 and felt compelled to make another film exploring complex science through a sort of tangible science-fact short film.

By taking a more adaptive, open-ended approach, does that mean the edit or post-production ends up serving a greater function in piecing together the narrative?

What’s consistent for me in filmmaking is the editing process, the place where the story and narrative really take shape. Nicole McDonald was a writer and the editor for FUTUREKIN, guided by her gut instincts what you see is five days in the lives of these six women operating from a purpose built facility, each from a different background, and who together have created a way to birth a kid outside of the womb. Each day is a repetitive monotonous ceremony, we’re not sure whether they are mixing biological matter in a laboratory or making soap to clean themselves, ambiguity is directed in, the goal not to give a conclusion to a world where we bypass the womb, rather create a scaffold for audiences to make up their own mind.

Could you talk about developing the costumes for your characters?

The bathroom mirror experiments determine the color palette, textures, materials, and silhouette; be it the underside of a bathtub mat, a towel, or up-cycled materials from past projects I have in my inventory. This is my preferred start, seeing whether I can transform something I have, into something else. The camera becomes a microscope, reviewing what I’ve made through the frame of what the camera sees, and helps me decide what works and what doesn’t. The costumes in this film are special as it’s the first time I’ve prioritized their existence (in the past costume happened days before a shoot). They were developed alongside me so sewing Heavy Duty Love, the hugging machine made for the Venice Biennial. I’m in development for an art/fashion apparel line, extracting costumes from the film into limited edition wearable pieces under the title FUTURE SENSITIVE.

What’s consistent for me in filmmaking is the editing process, the place where the story and narrative really take shape.

How long did it take to make FUTUREKIN from start to finish? And what was the most challenging part of production?

It’s difficult to put an exact time frame on it, as the film was made alongside the new work for the Venice Biennale and is now becoming a FUTURE SENSITIVE apparel line. This isn’t uncommon, to run various interrelated projects at once, each informing the other. As I’m making I discover new prototypes and avenues for how the work could be realised. It’s been about a year. I’ve been wanting to make a film since 2016 when I made Institute of Isolation. I’m a visiting Professor at the architecture school SCI_Arc in LA teaching film and prop making. Inspired by teaching such talented students, I told myself I won’t lead another studio until I’ve made one myself, which was a good deadline. We filmed 75% of the film the day before the artwork was shipped to Italy, that felt a little squeezed! 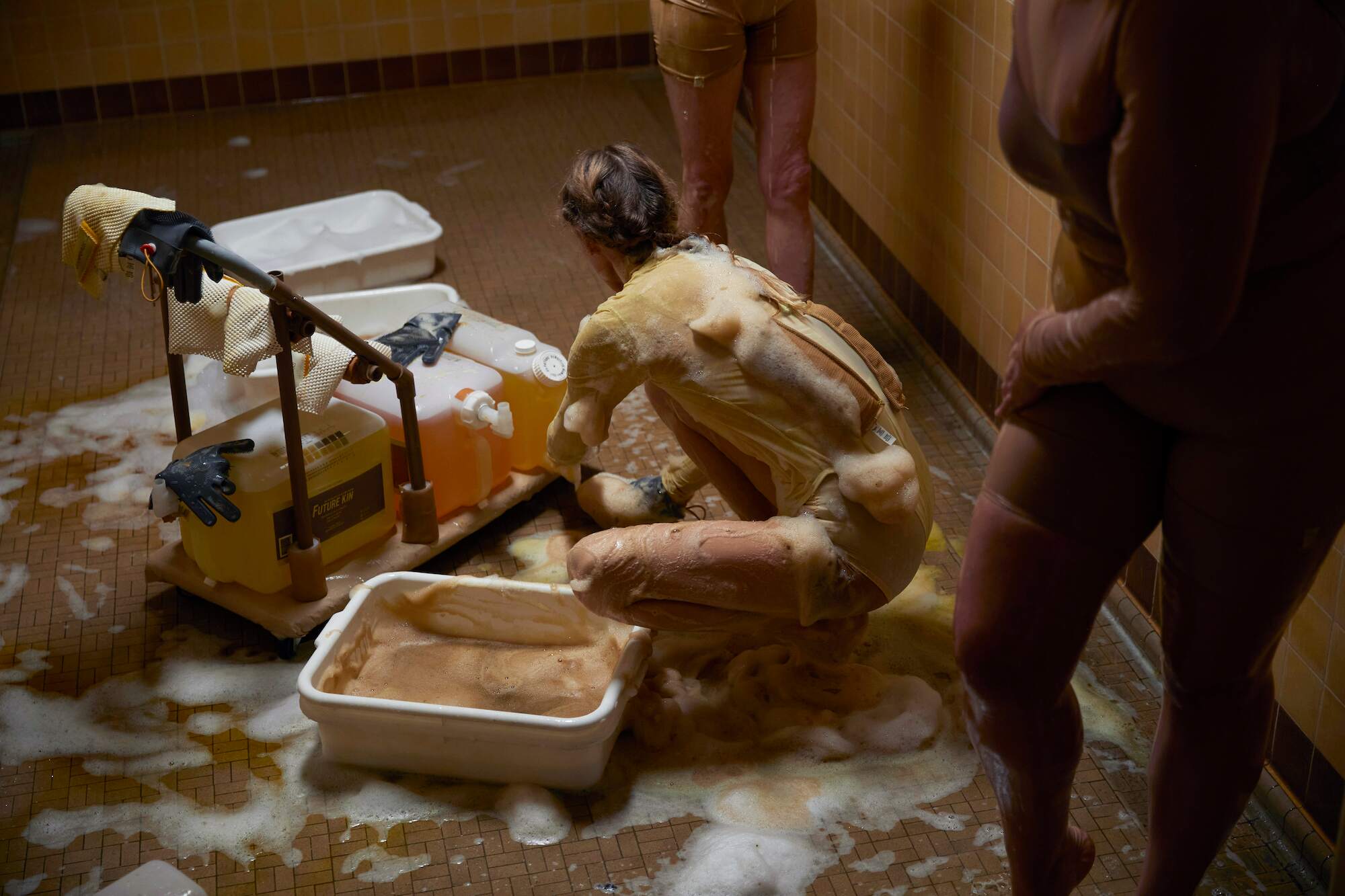 You’re an artist that works across many disciplines, what is it about the short film format that intrigues you as a creative space?

World building. From tiny details of a label you might never see, to the opening shot. Being able to capture an audience’s imagination and hopefully have them ask questions they hadn’t before.

Developing the FUTURE SENSITIVE apparel line and consulting on a feature film; a classic sci-fi book written by Arthur C. Clark is being adapted, written and directed by two of Hollywood’s echelons! Excited that my art practice and large-scale entertainment is converging.