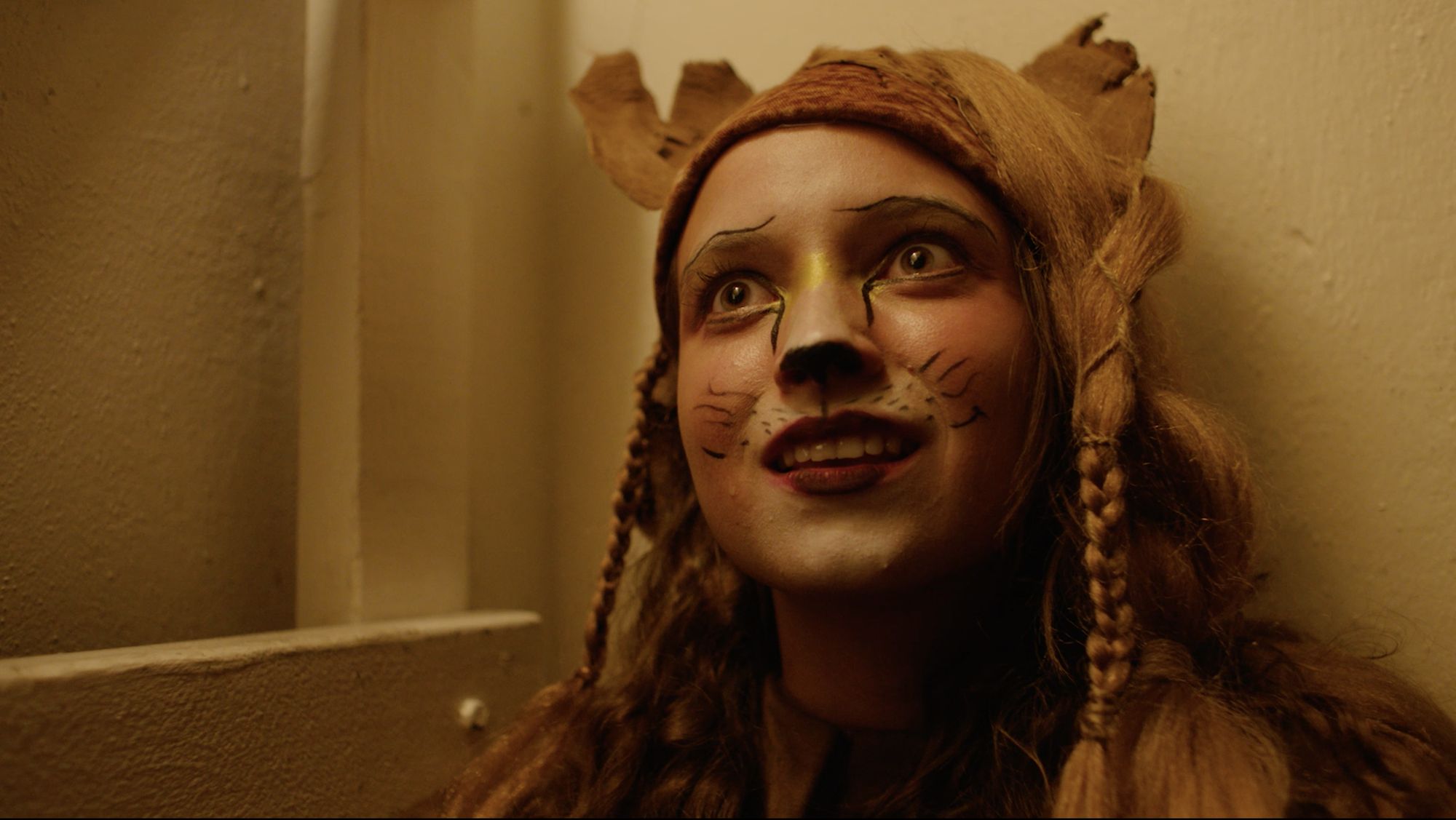 Director Mitch deQuilettes is becoming somewhat of a welcome regular here on Directors Notes having previously impressed us with his duo of satirical shorts Staff Pick and Hill Hikers. Both films see the director heighten his characters’ backgrounds and true natures thus exposing their most undesirable angles, and his latest short Cowards is no different. deQuilettes takes another well-aimed swipe at the industry in which he himself is so entrenched with Cowards seeing the filmmaker honing in on the self-obsession of his protagonist, employing his own brand of wit and style whilst also making a valid commentary on the current zillennial archetype. We had the pleasure of catching up with deQuillettes ahead of Cowards’ premiere on DN today and spoke to him about working closely with Writer Ava Hase, who also stars in the short, in order to achieve the film’s effective balance of drama heightened comedy and why exaggeration is an effective tool for eliciting emotion and engagement in the audience.

As we have seen in your previous films you have a uniquely satirical voice, what sparked this latest dig at the industry and those involved in it come about?

Ava Hase approached me last January with her finished draft of the script and asked me if I wanted to direct her short. She had a budget but wanted to focus on her performance because it was so character intensive and I had seen her work prior on NoBudge and was really interested in working with her. After zipping through the script I was instantly attached to the underlying themes of the short.

Even though I’m a little further in my career than the protagonist, I still deeply connected with her confusion and stress, something I think universally all creatives can and will do. I also saw something blossoming in the relationship between the characters Claire and Mave and I spoke to Ava about focusing on the demise of their relationship because I think every good story needs an overarching theme that the characters express through conflict/flaws. As we dug deeper we saw the true theme and that was artists ignoring what needs to get done out of fear of failure. Instead of focusing on the work at hand, they’ll create obstacles that actually don’t matter or distract them. The collaboration was flawless in my opinion. Even though this was her story, she didn’t hold onto ideas too tightly and me vice versa.

Cowards shows a real irony and comedy within the drama, how did you bring that out from the script and onto the screen?

There are several angles I take to achieve this sense of balance, which I think can be difficult without making it feel like we are making fun of our characters. First off, the script needs to have a bit of self-awareness and the writing needs to be aware that it is making commentary on a modern archetype. Each written character needs to reflect an emotion or moment that a viewer can relate to while simultaneously contributing to the overall story. Almost like thematic puzzle pieces. The audience can then subconsciously or consciously latch onto the commentary. “I relate to this but it’s almost hitting too close to home”. This uncomfortability of the content being almost too relatable creates the comedy. Ava did a fantastic job with this and we would rework several moments to feel even more familiar to a modern artist.

The dialogue and actions are comedic because they are relatable, but the visuals reflect the inner emotions and turmoil which creates that edge of drama.

As a director, I then make sure that all our talent is on the same page tonally. This is done through prep, conversations, and rehearsal. The most important part of creating a film to me is discussing with the talent what they represent to the story. What fuels their goals, flaws, and intentions. I also cast actors who are unashamed to embarrass themselves, who are self-aware but simultaneously can access the core soul of the character when the camera is rolling. Casting is so important to me. I usually lean towards actors who can do both comedy and drama. Who can juggle the bigger picture message with the deep emotion of the character.

Finally, cinematography is super important. The scripts I work with usually read more like a comedy or satire so I always work with DPs who can create a more dramatic tone to the piece. This creates a feeling that is unexpected to the text, which creates another layer of strangeness. This could have been shot as a straight comedy, but to go deeper, to create catharsis at the end, the visuals needed to mirror how Mave our protagonist was feeling, anxious, frantic, empty, confused, and lost. The dialogue and actions are comedic because they are relatable, but the visuals are reflecting the inner emotions and turmoil which creates that edge of drama.

You mentioned this being a flawless collaboration, how did you work with Ava in the direction of her performance during shooting?

Ava is hyper-intelligent and has a vast knowledge of cinema. So overall it was very easy to get on the same page because our character inspirations and references were aligned since day one. She also put total trust in my direction and didn’t question my decisions much during the shoot. I don’t do a lot of directing on the day, it’s all in the prep. I mostly just say faster or slower, louder or softer, I want the power to be in the actors’ hands. I also like to do lots of takes so the actor can get into a rhythm and once the pace is established they can then explore and have fun. It’s all about having fun. If the talent isn’t having fun how is the viewer supposed to have fun themselves?

This is an expressionistic depiction of an emotion of a current zillennial archetype.

Mave is instantly dislikeable yet you can’t help but sympathise with her and will her on to glean at least a little self-awareness in the midst of her obsession. Could you tell us more about striking that balance?

What we mostly focused on was creating a character that felt real and spoke true to the current artist’s plight. I think Ava and I have the same taste and we believe it’s important to show the unlikeable sides of characters because that’s human. We connect with her journey as an audience because the plot and situation she’s in are relatable. In reality, we would probably handle Mave’s situation with more grace, but this is an expressionistic depiction of an emotion of a current zillennial archetype. Her character is an emotion that needs to be turned up to 11 in order to be felt. Why would we watch a character where it’s too accurate to reality? That’s not why we go to the movies. It needs to be turned up or over exaggerated slightly to be felt.

Mave’s characters represent something all rising or struggling artists are feeling. We feel lost and confused by the daunting systems of our highly competitive industries. We are stressed THE FUCK out especially in this current inflation economy. How do we build? How do we achieve our goals? We all went to college and have the ability to be successful, but why aren’t we given the opportunities? 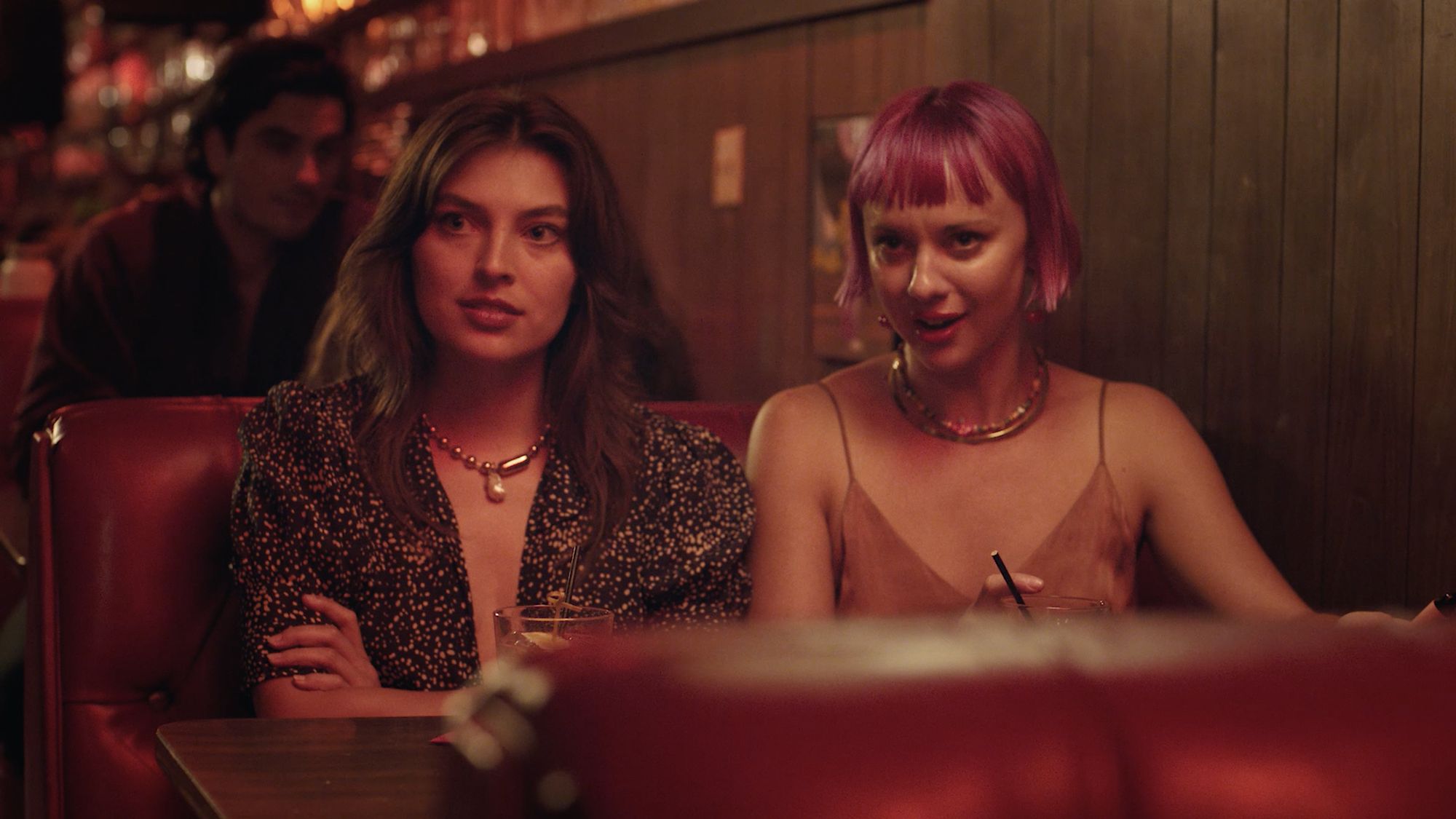 In addition, the friendship between Mave and Claire (played by Taylor Snook) hits too close to home. This relationship is what grounds the film, adding another layer of relatable discomfort. We all have had a dynamic with a bestie where we have taken advantage of their kindness or vice versa where we are the person who is enabling a loved one. So, by putting a mirror up to these issues our goal is for audiences to see that we’re all going through this same dilemma, and to also be aware of how we are affecting significant others when we are in times of high stress.

I wanted the audience to feel frantic, hazy, or discombobulated. I wanted to get in her face to feel the hysteria like she was talking right at us.

The music ebbs and flows so well within the film, how did the score come together?

I’ve known Ian Sweet for a moment now and we’ve always respected each other’s work from afar. She primarily is focused on her band, but she found some time with her busy schedule. She worked on this while she was on tour. She definitely elevated the film. I don’t think it would be the same without her. I honestly just let her do her thing. I gave little notes. We talked about the theme and emotion of the piece prior, and the sonic arc. But that was pretty much it. She nailed it. 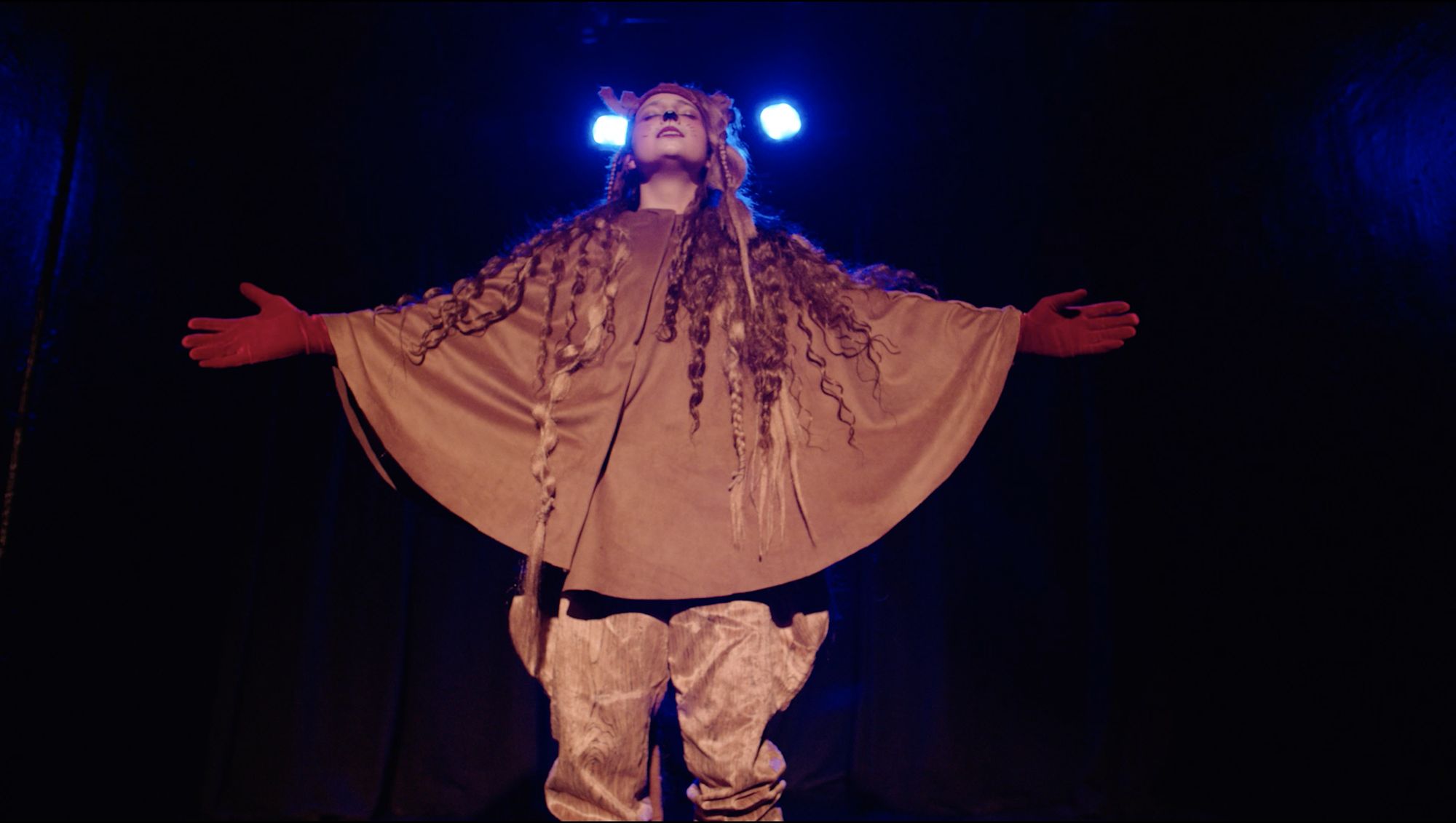 What guides you as a director when having to approach the edit, mix and color?

It’s not my desire to do everything in post myself, but because I want to practice constantly making narratives at a low budget it saves a lot of money. So I learned to do all this on my own. My north star creatively is… what does the character feel? How do I revolve everything around their emotion? For this edit I leaned into her anxiety and fantasy. I wanted the audience to feel frantic, hazy, or discombobulated. I wanted to get in her face to feel the hysteria like she was talking right at us. The sound needed to be as realistic as possible, especially during the play where it was important for the viewer to feel like an actual audience member in the room. For color I wanted the overall look to be a little off from realism – more colorful because her reality is slightly skewed.

Are we going to see more scathingly hilarious indictments of the creative community from you next or are you working on something else?

Absolutely! That is pretty much my lane. I do have some bigger budget ideas in the works that are a mix of this tone + a black mirror, alternate reality. It’s a limited series of 10 episodes. I also have a feature length that I’ve had in the vault for a minute that’s a thriller dark comedy set in Oregon. The main commentary focuses on cancel culture. Hopefully someone will let me make one of these soon!