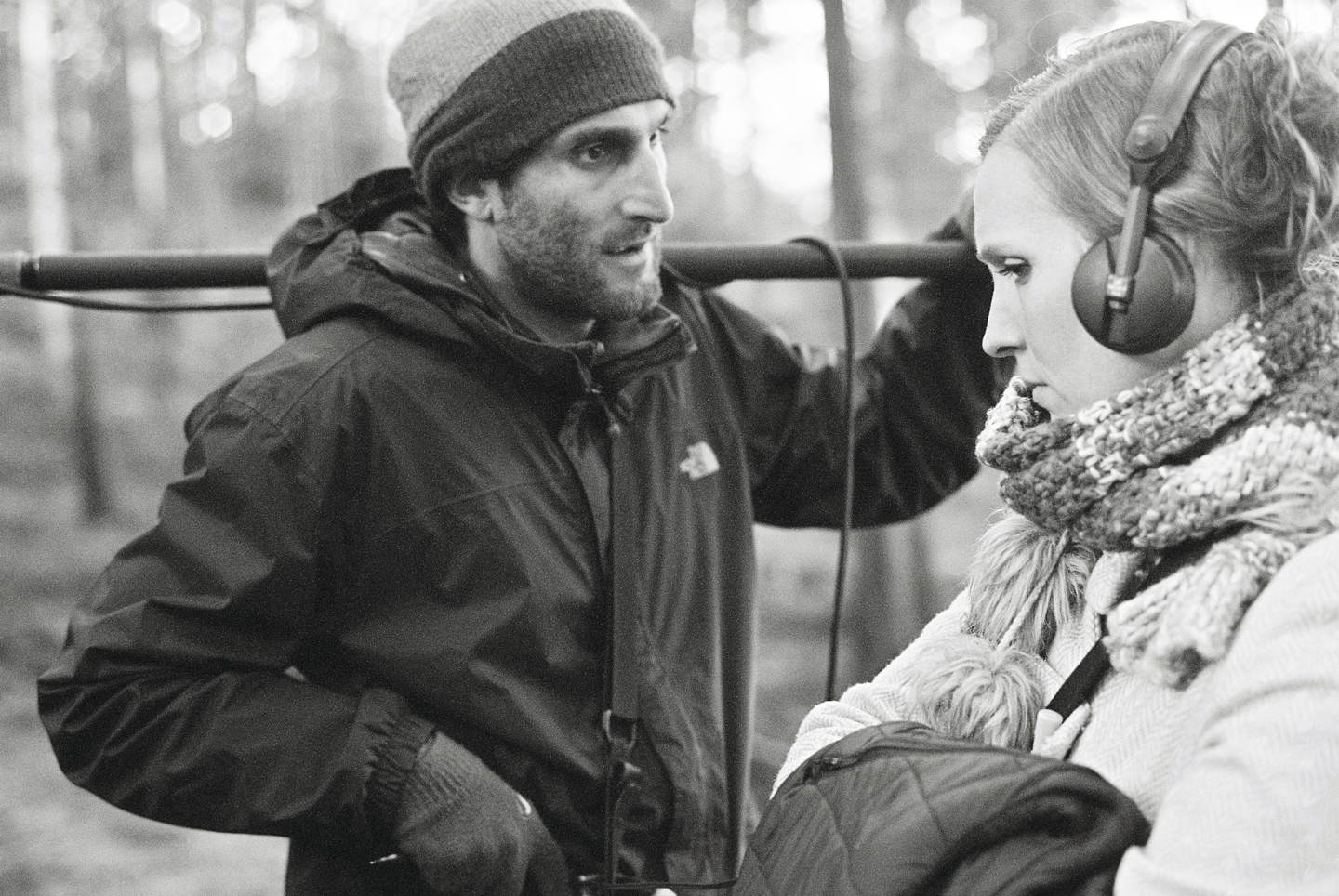 Created over a two week period in rural France, Sibling sees Dee Meaden strip filmmaking principles back to their fundamentals, away from the sterile security of over-rehearsal and filmed recreation, to a place where invention and adaptivity fuelled the spirit of the project. The penultimate film in our series of short film premieres from Meaden (following Good News, Mark & An Actor), we delve further into the London-based Writer/Director’s process to discover how working without the usual production safety nets created an environment more conducive to taking creative risks and capturing authentic performances.

An adult brother and sister live a secluded, claustrophobic life practising techniques to cleanse the air so that it might be safe enough to go outside.

Looking at your body of work, it feels that your interest lies in bringing the small, often overlooked moments from life to screen.

Absolutely, I’m specifically really interested in tiny, unobserved, or seemingly unimportant moments in life, and I’m interested in these tiny things becoming significant, which was something that was in my previous sculpture work. Actually, in both the types of sculpture that I did – the stuff with food and the mechanical stuff – there was the idea of something very mundane becoming transformed and incredible. Like with the food, one piece I made was a butter room which was literally that, a room smeared with butter. I wanted to make a room that was glowing and golden and sort of incredible. And the object pieces were often about imbuing a mundane household object with a kind of special talent. So I made a cardboard box that levitates.

This is really about fear, this is about fear of failure, this reliance on the plan.

What made you want to shake up your approach to filmmaking during the creation of Sibling?

I got to a point with directing where I felt really dissatisfied with myself and I felt that there was a lot of fear in the process and it was that which disappointed me – my own fear guiding things or limiting things. I think that was partly to do with me being a producer for many years and earning a living as a producer. It would be very natural for me to really organise a shoot in the best way possible – to organise my shot list, to organise my storyboard, in fine fine detail, and I got to a point where I felt like, that was becoming really distasteful, because I was almost doing all the work in prep and then on the day was just wanting people to redeliver the performance I had seen in rehearsals. 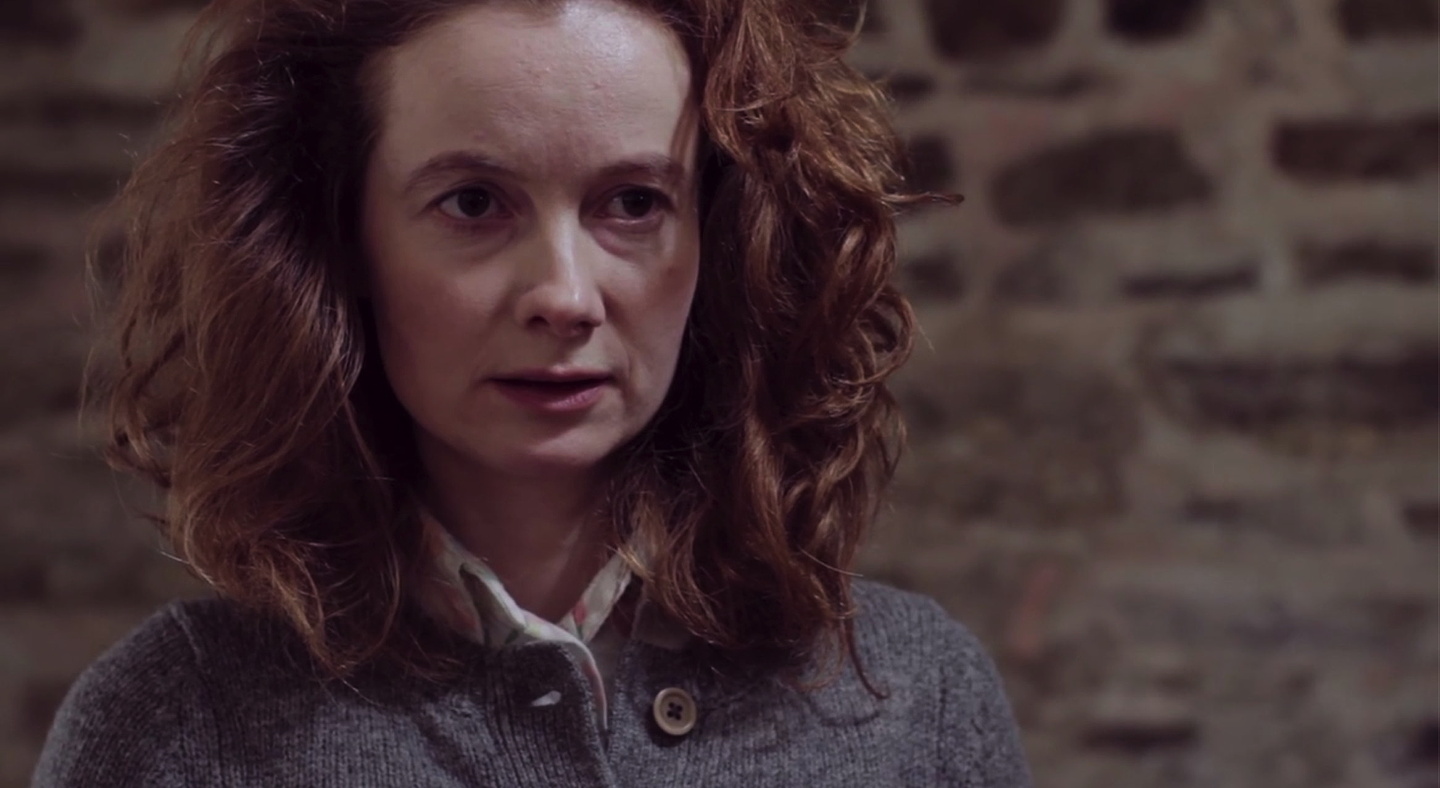 There was something distasteful I thought or not honourable to the work that actors were doing and also to my DoP Ollie Verschoyle who comes from a documentary background and really thrives on being in the moment, responding to ideas as they coming up. And so Sibling came out of those two things – me feeling like, this is really about fear, this is about fear of failure, this reliance on the plan, and what happens if you try and do something really difficult but say to yourself, it’s fine if you fail? Sibling was that project.

How did that desire directly translate into the film’s production methods?

We went to France for two weeks, and we wrote and shot the film in that time without knowing if it was possible or if it would just be a mess. I had an idea for the script, and I had ideas about who my two leads would be so I cast them and told them, “This is your character. I think this might be the storyline”, but it was only a very broad arc with no details. And then…we went off to France, and I wrote it in three days. It was quite a long script but it felt really, insanely easy to write as we were in this kind of alive and intense state and so I wrote something like a 28 page script in that very short time. Once we had the script we prepped it for about five days and shot it for five days so of course there just wasn’t time to shot list or to storyboard.

The narrative is about a grown up brother and sister, where only the sister leaves the house because she’s convinced her brother that the air outside is dangerous to breathe and they spend their time practising various techniques to cleanse the air. It was almost all shot inside the house we were staying in and so we just explored scenes and the central idea in a completely free process. We could at any moment stop and say, “This isn’t working, what would make this work?” and if someone had a new idea we could follow that idea for as long as we wanted. That was a kind of turning point for me as a director to have the courage to just follow whatever felt right.

Do you see yourself working in the same way on a more complex/lengthy project?

My DP and I were determined to bring as much of the Sibling process in to Some Things Mean Something as possible even though that was a much bigger budget and a cast and crew of 30 instead of the 5 of us we had on Sibling. It was challenging at times but we really wanted to hold on to that spirit of making space to experiment and play on set even when time is against you. It proved really important to me to shoot without a shot list or a storyboard but to have a set of discussed intentions for each scene and I find it really crucial to shoot chronologically as I feel that allows the whole cast and crew to live the story of the film as a reality over the course of the shoot.

I don’t want to create an environment where people are worried about making fools of themselves or where I feel like that myself.

I think it’s also important to have a tone on set where everyone feels they can offer an opinion or idea even if it hasn’t been carefully thought through. I don’t want to create an environment where people are worried about making fools of themselves or where I feel like that myself. I felt as if we had an agreement on Sibling that I didn’t have to always know what I was doing and that this would in no way undermine my leadership and I think bringing that into the process on a feature would be really important for me. I think on a longer shoot, where exhaustion really plays a part that it may be necessary to have storyboards to fall back on and I realise that my maverick approach might scare potential funders so it could be that on a feature the process would need to be adapted but my intention would be to bring as much of this in as possible as I feel it’s where things really come alive.

I’m aware that scenes were dropped from Sibling due to running time concerns. Do you have any plans to revisit this sister-brother relationship in feature form and if so, could we get any hints as to how you’ll expand their story beyond the boundaries of this short?

Yes, we cut a fair amount out for the running time, it was all material I was very happy with and excited by. When Sylvie tucks Huw into bed there was a song she sang to protect him from the air, that was very tender – I think the words were something like:

I liked the way it was about tuning in to very small things but was also a bit like a threat. And there were scenes about how Sylvie makes enough money to keep them going and more scenes which spoke to her growing frustration at life with Huw and at her fantasy life. Charlie MacGechan who plays Huw has always been really keen for me to develop it into a feature. I think I’m more interested in what has happened in the past for them to get to this point, than in what happens after the film ends but you never know – you might have just got me thinking about it…

26th September will see DN’s premiere series with Dee draw to a triumphant close with Some Things Mean Something – the story of a man with learning difficulties who believes a poem in a greeting card holds a secret, coded message he must decipher.