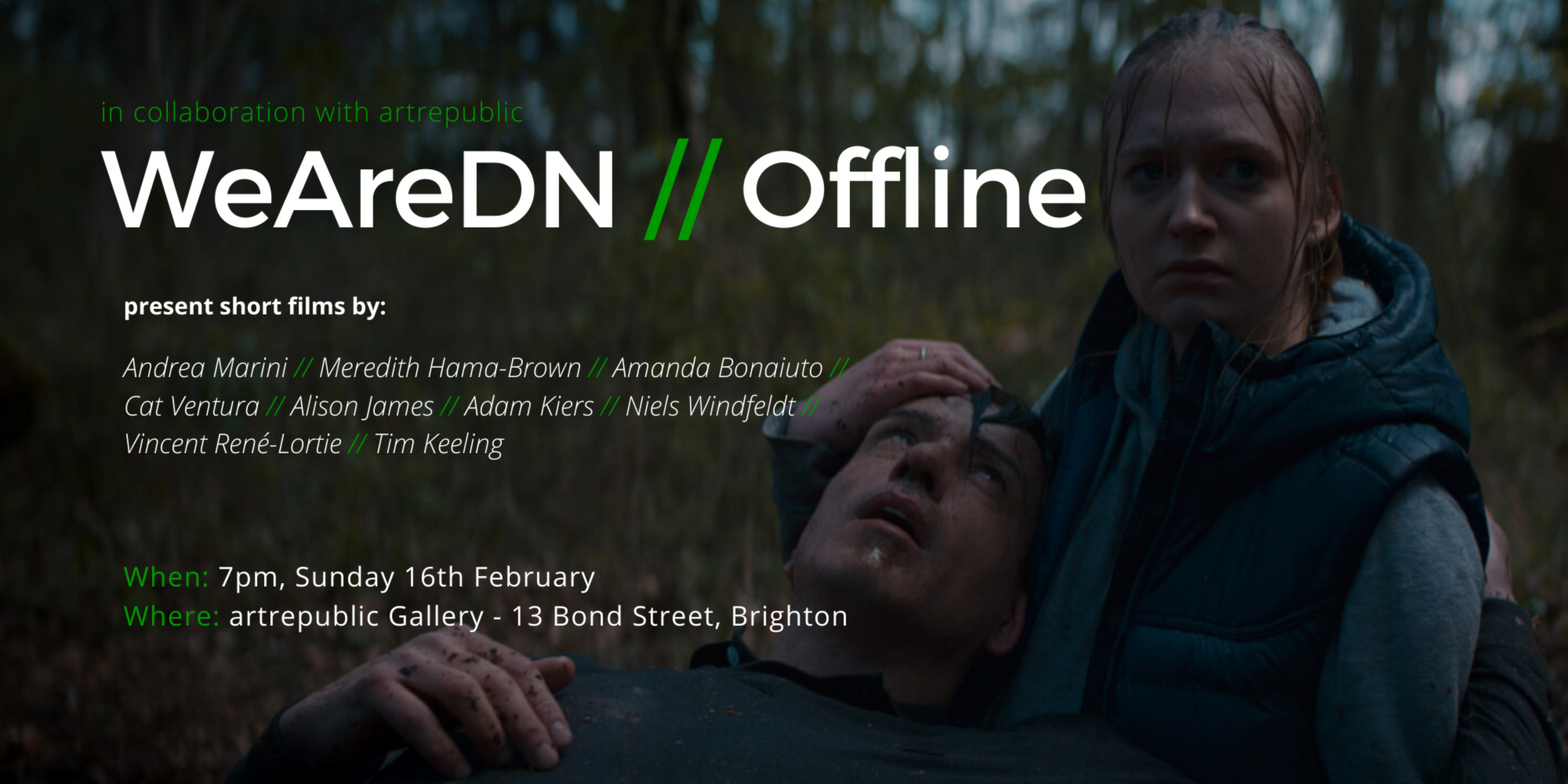 Despite the predominance of indoor cat natures amongst the team here at DN, we can always get excited about venturing into the great outdoors if that affords us the opportunity to show off our favourite films to new audiences. This is something regular readers will know we’ve been doing annually with our Reading and Leeds Shorts screenings since 2006, as well as at various film festivals and ad-hoc events through the years. Which, let’s be honest, isn’t nearly good enough! And so, with a new decade comes our new screening series – WeAreDN // Offline.

As the name suggests you can expect to see the same groundbreaking work you’ve come to expect from DN, but writ large on the big screen and made all the more enjoyable by experiencing it in the company of an appreciative crowd. Plus expect to see us tempt some of the filmmakers we love and adore along to speak to us and you about their work.

When will this all start? Well, next week actually when WeAreDN // Offline kicks off in Brighton in collaboration with pioneers of online art retail artrupublic in their Bond Street gallery at 7pm on Sunday 16th February. Tickets for which are currently available here.

Expect to see more WeAreDN // Offline screenings across the UK (and beyond…) in 2020 and if you have a film you’d like DN to consider for future events, then submit it here.