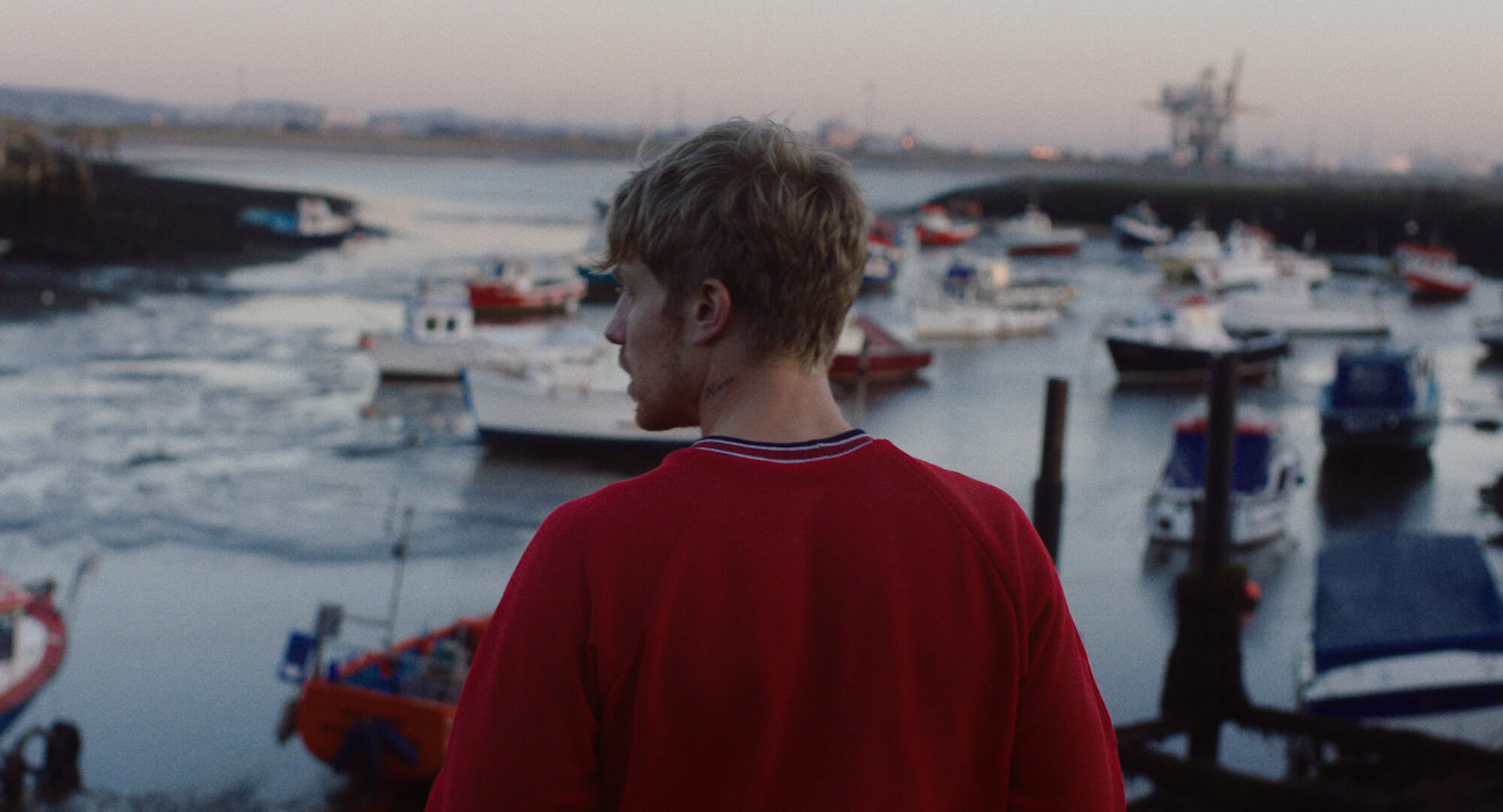 It’s always delightful to watch a DN alum grow from strength to strength. This week we are happy to see Director Rene Pannevis expand his BIFA Award-Winning short Jacked (which we covered in 2017) into a fully-fledged feature. With Looted arriving on VOD this week, Pannevis returns to DN for an interview about his long-form debut where we go deep into the process of adaptation, working with a specialised feature-film scheme, keeping his crime perspective local, and finding sunny perspectives within a dark scenario.

This film was expanded from your BIFA award winning 2016 Jacked, what was it like adapting it into a feature?

It was quite difficult. For me, Jacked was complete as a short. It was not an open-ended thing. The question was: when the 15 minutes hit are you going to tell the story continuously, or are you going to construct a completely new script and keep some of the original ingredients? I thought it was better to keep some ingredients. I really liked the cast and wanted to work with Thomas Turgoose and Charley Palmer Rothwell again. Car theft was still something I was interested in exploring. I just developed those ingredients with Microwave, and that took a little more than a year.

Could you tell us more about the workings of the Film London Microwave scheme?

There are hundreds or more applicants. They choose 12 teams who go through a week-long Microwave school. You go through scriptwriting classes, then six groups are left. Then you have to do more pitches and presentations. From those six you carry on developing until two are left per year. They choose two films to finance. You get help on the script from a script teacher. I also had a co-writer, Kefi Chadwick, who helped as well. In the beginning you write everything you want. Then later, as there’s only a £150,000 budget that you’re not allowed to top up, you start really looking at the script. I had to narrow down locations and whittle down the shooting days. For example, I thought I’d have twenty days to shoot the film. We ended up with 17.

Why did you pick the seaside setting of Hartlepool and how do you think it brings out the themes of the film?

It was very important that the harbour was always in the background. I wanted the cranes above the residential area to show that the port is always there. I did a little bit of location scouting and found out that most ports in England are like a mile away from residential areas and closed by barriers. I Googled around and saw a picture of Hartlepool: it was a shot of the residential area and the port was immediately in the back, almost like in their backyard. That also reminded me a lot of where I grew up near Rotterdam, where I had access to the port with big ships coming in. Hartlepool is a beautiful town but it was also very hard hit by Brexit. It’s not a theme in the film but it’s layered in there. I thought it was a perfect setting for the film.

Your father was a sailor and you also grew up around car thieves. Would you say this is a personal story?

I felt that was important. My father got asbestos poisoning because of his job. We were very frustrated with that. I’m thinking, “you’re dying just because you’re doing your job” and somehow there was a sort of acceptance of that, which I found really strange. There’s still this love for sailing and these magnificent stories of travelling the world, but on the other hand, the company literally killed him. I wanted to put my finger on that wound: what are the consequences when they leave a family behind?

I felt there is this generational divide. If this is how the father has turned out, the son naturally has no interest in a strait-laced life.

Exactly. He’s very resentful and very much against it. Although it’s not specifically my life, there were definitely connections there that I thought were interesting to dramatise. A sailor’s life back in those days meant that the father was 12 months away and then two months back and then ten months away. So Rob grew up more with his Nana. I thought that it was an important detail. 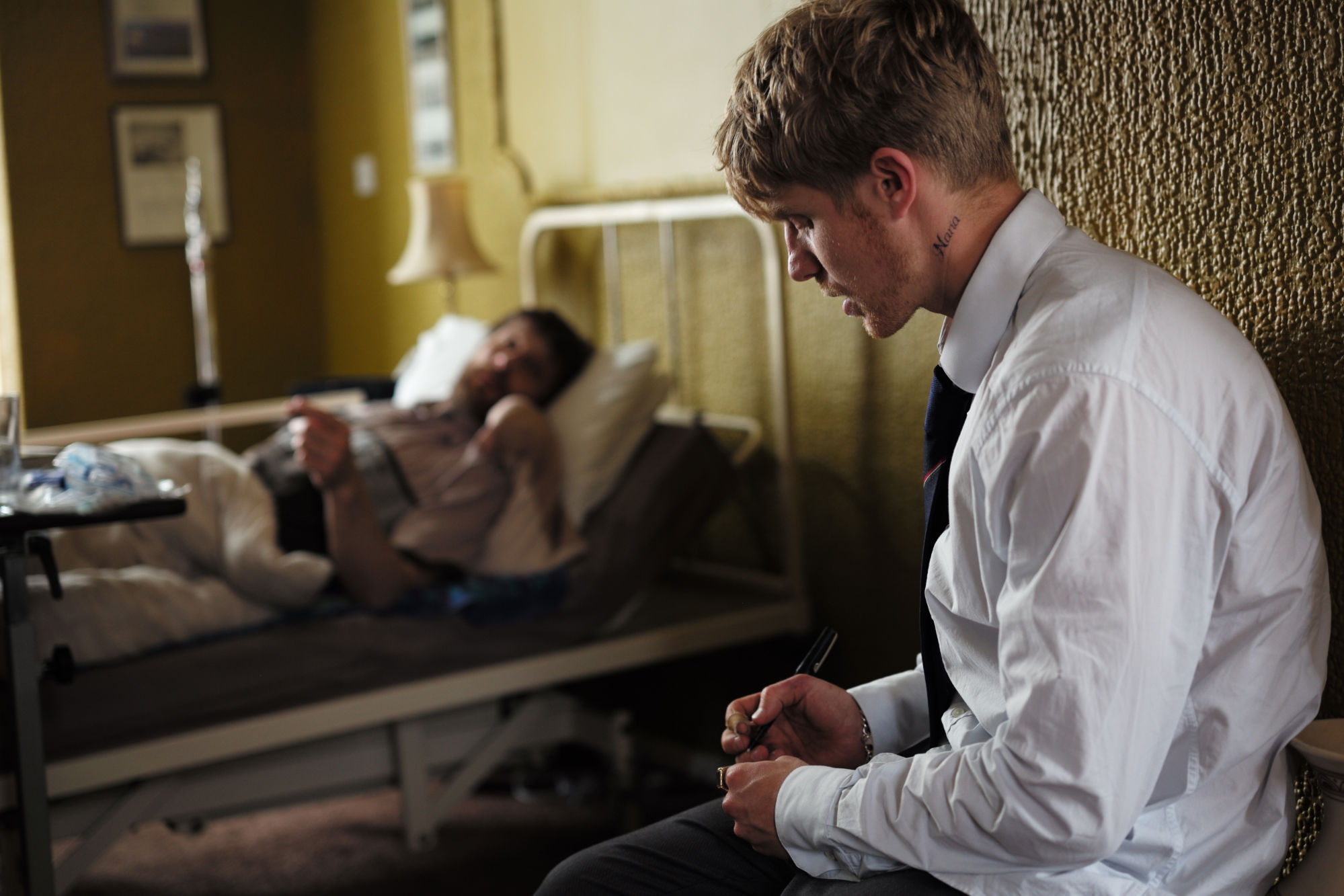 The father is quite an abrasive figure. But this makes him more of a likeable and rounded character. Was it important to have this quality?

Yeah. Humanity is very important. I wanted to have a British realist film. The characters need to feel real and the performances need to feel real. If you’re doing a comedy you can get away with lots of things. That’s a bit harder with realism. I also found that the relationships are stronger if they don’t really work, but they ‘try’. I think most of the time, in a lot of broken families, there’s this lack of communication that stays with them, which I tried to get across here.

Were there any British films that had an influence? Turgoose’s own This is England perhaps?

This is England, definitely. I moved to London in 2013 and an English friend of mine suggested I watch it. I thought it was brilliant and was really mesmerised by his performance. So when I wrote Jacked, I thought, “he is the perfect age for this role”. As for inspiration on the performance side, we watched a lot of Lynne Ramsey and Andrea Arnold in film school. My only problem was that I always found those films a little too depressing and grey. I thought this film needed a bit of injection of Pedro Almodóvar. So in my script, I literally wrote “blue skies” in there. That was important to give a little more light and a little more hope. 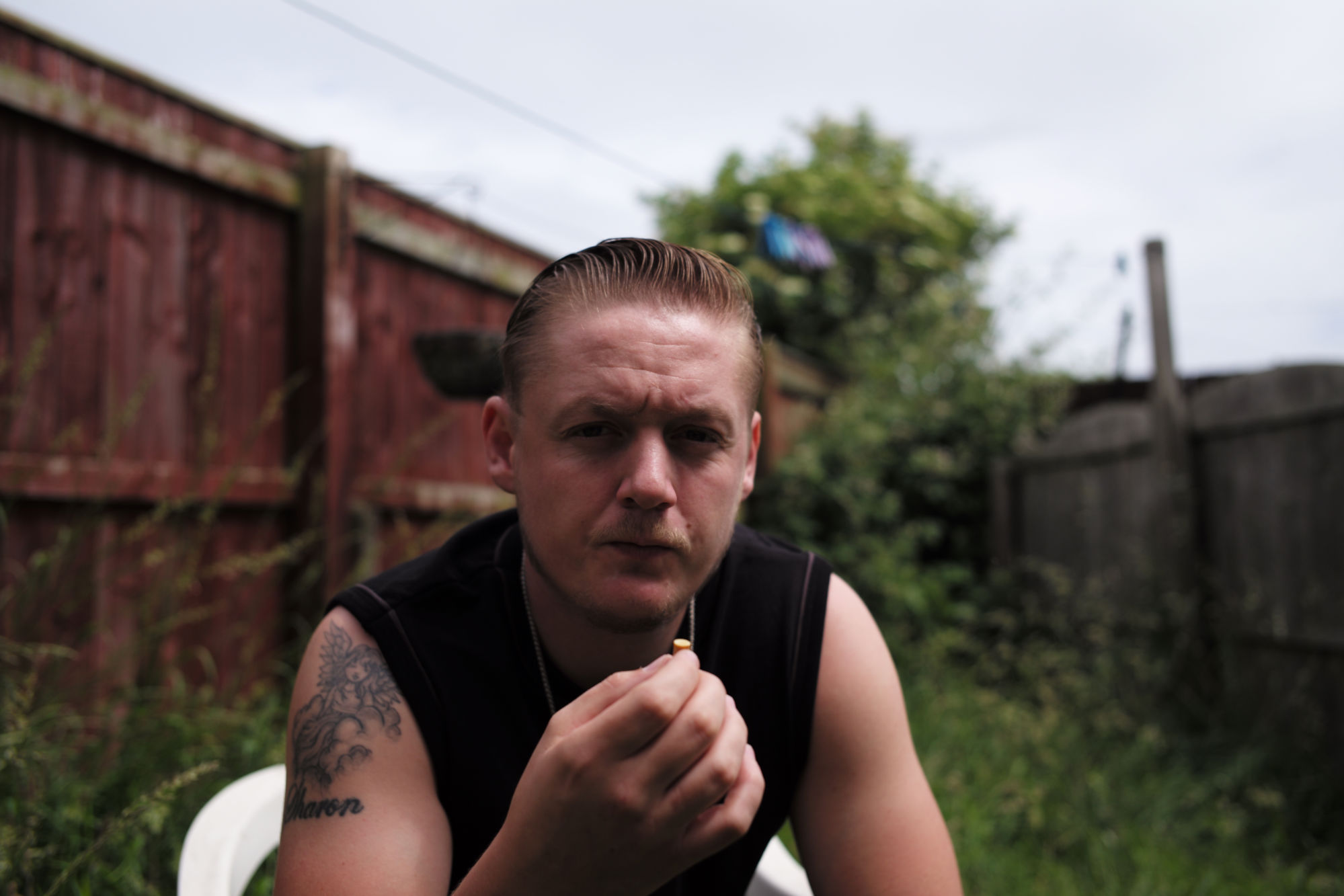 What’s it like having Turgoose in this supporting role? He brings so much energy to the character!

I find it funny. He’s like “I’m not an actor.” He’s very humble about it. But I think he’s brilliant; the way he takes direction is incredible, I think it’s really in his veins. He makes it sound like he’s just playing himself, but that’s not true. He’s a born actor and it’s great to work with him. In the north it’s very helpful. We were filming in rough neighbourhoods in Hartlepool, but with Thomas onboard people wanted to have an autograph or a little chat with him, then they left us alone. They really respect him.

These are small time criminals, small fish in a big pond, who get caught up in a much wider conspiracy. Did you want to create this sense that there’s something much larger going on around these characters?

That was exactly the idea. In Holland, there have been many articles about petty gangs. These really young kids steal cars for a grand and later on find these cars burned out after they’re used for assassinations in the underworld. That always stuck with me: there’s always a bigger purpose within this petty crime thing. They’re just making a bit of extra money.

Jacked played at the Berlinale in the Generation section. Was this a key boost on getting eyes on the film so you could have that confidence to make it into a feature?

It definitely helped. In film school we were never taught to make short films. You are told to make features. It’s always been my main focus in order to get there. And I love festivals. I wish I could make films and go to festivals all year. Luckily through Jacked, both things came together, I went to festivals and it opened doors to making a feature. That’s the good thing with Jacked. People saw that the performances were really strong, then they had faith that the performances would be strong enough to make a feature that holds up for 90 minutes.

I’m always writing. I wrote another feature, which is semi-autobiographical from my time growing up in Rotterdam around aged 16. It tackles similar things as Looted and is in the grey area of petty crime. But it’s a little bit more lighthearted.

Will it be set in Rotterdam?

No, London! It’s about the rave scene. What I really like in London is that you have a rave scene next to senior council flats. So you have old people and young people all very close together. At six in the morning you can have an old man walking his dog and a raver comes out. That is very much London to me.

Looted will be available from 6th November on all major VOD platforms. Learn more here.