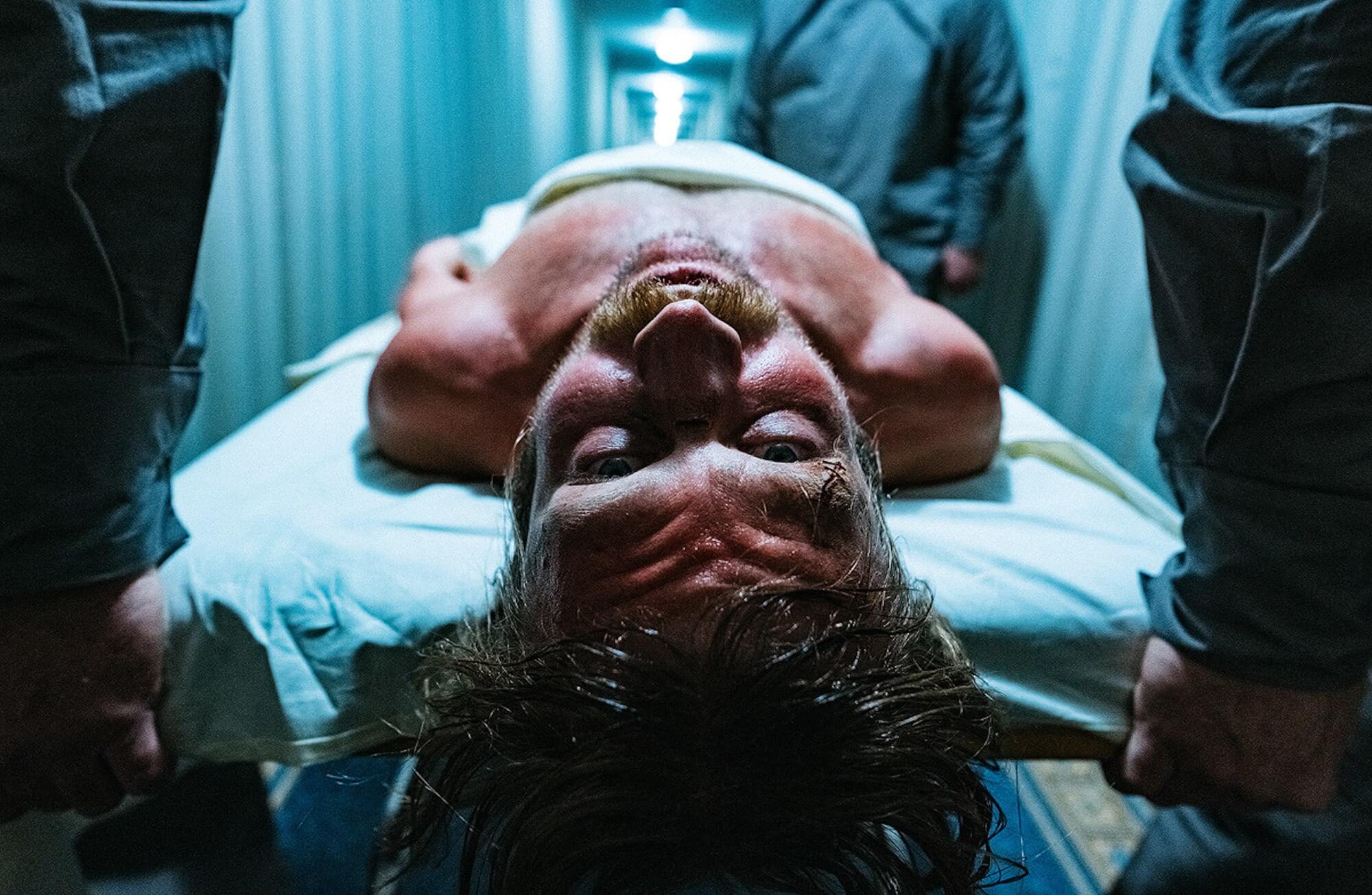 Ivan Dorn, playing himself, is at a crossroads, opening Eleusis in a state of self-destruction. His manager takes him to a mysterious sanatorium in the woods, created exclusively for struggling artists. But behind their shiny and clean aesthetic is a far darker heart, inspired by the Greek cults of Demeter and Persephone. Blending eerie production design, cutting-edge pop music and a script that feels like a strong mix of Suspiria and Vox Lux, Eleusis shows the costs musicians can pay for their success. Made as part of the Musician’s Nightmares series commissioned by Russian mobile provider MTS, it follows Tale of the Deaf as a great synthesis between commercial and arthouse content. Marking his third DN appearance, we asked director Andzej Gavriss to take us through his meticulous process of writing and storyboarding, working with the famed Ukrainian pop star, and the inspiration of the Coen Brothers.

I met with the agency owner around five years ago. We met at a party. They released one of my pieces called 1190. It’s about an Asian girl sleepwalking through Bangkok. He was like, let’s do a movie. I guess after five years, he gave me a call. He said: “We have this project. We want to do a short horror film.” I’m not really into horror, but I felt like this was a good opportunity to try something new. We threw a few ideas together and they sent me this idea about a sanatorium for artists.

Then we started writing the piece. I usually write about something that happened in my life. For example, 1190 was influenced by me and my wife moving out of her hometown, selling everything and moving to a capsule hotel. Then Malaria was about when I had this dengue fever and moved to LA and noticed a bunch of homeless people and was like “that’s fucked up.”

I’m not really into horror, but I felt like this was a good opportunity to try something new.

This piece is basically me. For the process with the guys, we jumped in cold and it felt more like psychotherapy than co-writing because I was telling them shit that happened with me. I have a pretty fucked up life, I would say, in a good way. Something always happens with me. But I never wanted it to be grounded in reality. So we decided to use all of my struggles in a more metaphorical way while breaking down how we could visualise them. Somehow it all got into this script that had more of a surreal approach. 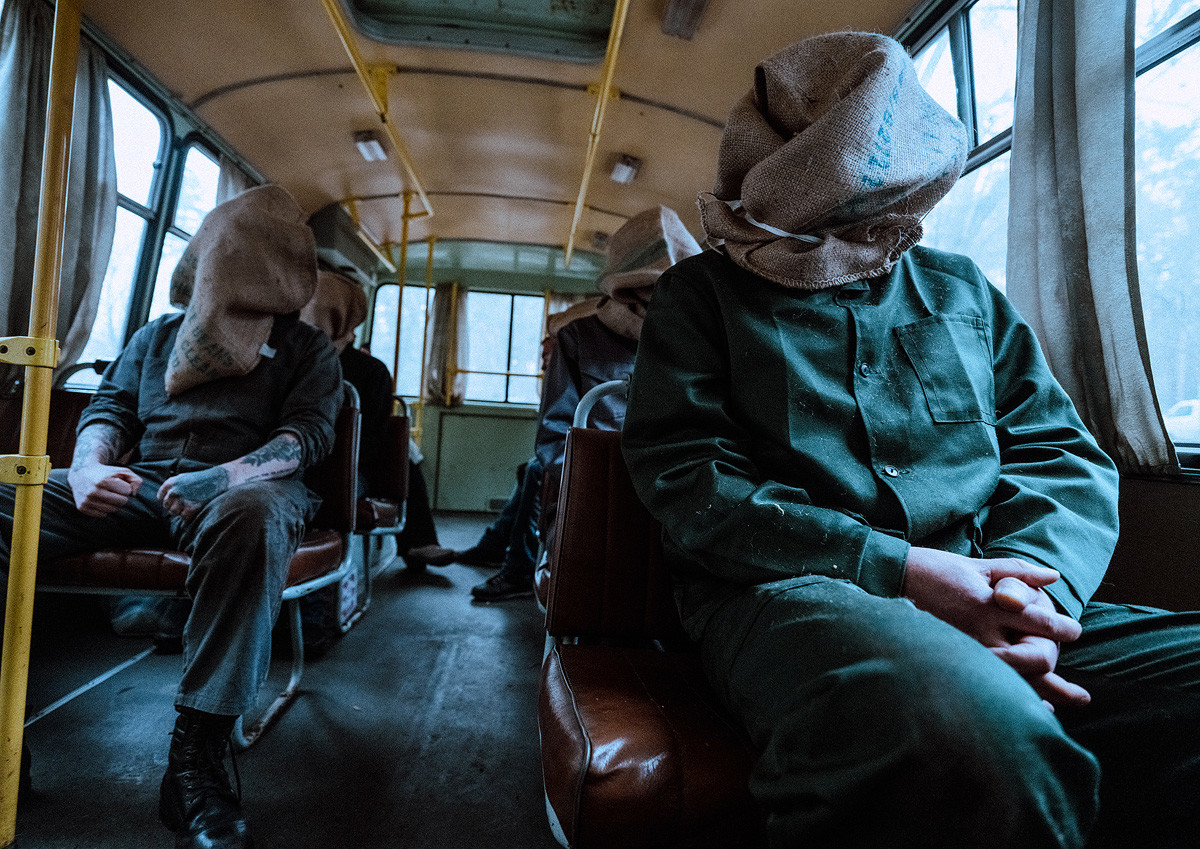 I’m a big fan of conspiracy theories. I like the whole Illuminati kind of dark world and there are so many conspiracies, it’s just like a fairy tale. You never know… that’s why they call them conspiracy theories. There’s even a channel on YouTube I hadn’t heard about but they tagged me and described all the Satan symbols in the film. But there’s not a lot to be honest. The whole story is about being stuck in your life and needing to move on and look at the brighter side of things.

We wrote the script for another musician, but he said “it’s too dark for me.” So we started reaching out to people. I don’t really chase views, I like to work with people who inspire me. So my list was quite short. I was like “Let’s reach out to Ivan Dorn” because I really like how he has matured. He was kind of a sweet looking guy before. 10 years ago he was a big pop icon doing things for more mass appeal and probably got tired of it. Then he dropped an album where he grew a massive beard and changed his appearance to look like an MMA fighter. He dropped a heavy electronic album that was a massive change for him. I thought that was really brave.

I storyboarded the shit out of the film and ended up with 156 frames.

We had a five minute call and met up in Kyiv. I explained the film to him and he said: “That’s so weird. If you take away the symbols and the visuals, that would be a documentary of my life.” After that, I started reaching out to the crew, because we had an OK budget, but not a budget for what we created. The whole project is basically built on favours. In the meantime, I was storyboarding everything, because I always work with projects that are quite challenging in the budget. I storyboarded the shit out of the film and ended up with 156 frames that gave me, in total, a half hour film that we sent to my producer Dasha in Kyiv.

At first we were thinking: “We only have money for two days.” I was like, “it’s not doable.” We broke it down and felt like we needed six days to do everything. I didn’t want to cut the scenes, so I said give me three days and I’ll try to make it work. On Director’s Cut, I took every single frame of the film and edited it to see what worked, then we did the schedule. So everything was already pre-shot before the rehearsals.

I was watching this Coen Brothers interview. They basically storyboard everything before they go on set. Then they don’t even look at the storyboard anymore. Every department knows exactly what they are doing, which gives you more time to work with actors. I also wrote the backstories for every actor, even the triplets, because if you don’t do that they just look lost in these weird costumes.

It was a challenging shoot, but the guys in Ukraine did a massive rock-lifting. It was a heavyweight film, especially with the budget we had, so I’m really thankful to them. Shooting in Ukraine is a pleasure, the locations are cheap and everyone’s so open. Finding the location was easy. Scouting locations in Kyiv is like scouting locations in L.A., pretty much. The DP had worked in that sanatorium before and I’m not the kind of guy who would be like: “Oh they shot this and now I can’t do that.” So it was an easy scout.

During the film Ivan brought his own ideas and we clicked so well on every scene. He’s an amazing actor. While even amazing actors have their own insecurities, Ivan never even looked at the playback. That’s the amount of trust that he gave me. Which I liked. I don’t have the luxury of having 22 takes like David Fincher.

Ivan was like: “If you take away the symbols and the visuals, that would be a documentary of my life.”

With the camera we were thinking about whether we should go for The Lobsterkind of aesthetic with static frames, or if we would go for 2:35 anamorphic. I had a big chance to work with anamorphic lenses and to use my style. I was quite comfortable with doing drones, zooms, Steadicam, sticks, pans, all this stuff. I just took my toolbox with me. With the budget that we had, if you work with anamorphic, it’s a little easier to frame different perspectives. It definitely works better with the sanatorium. 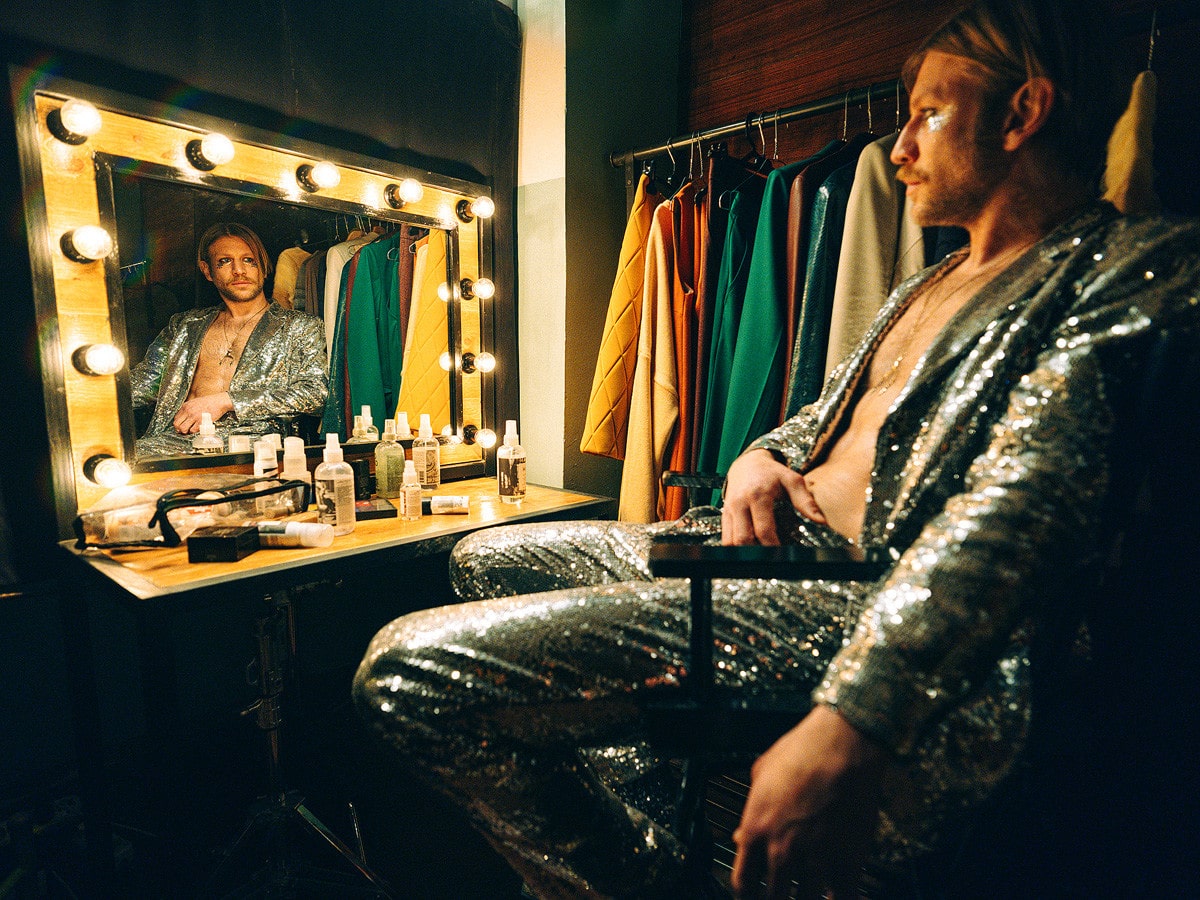 In Russia, things are changing really really well. They have a massive amount of work, and people are starting to be more open. It’s all about the online thing. MTS want to introduce their mobile network to the younger generation and they want to do so with content that they would like. I feel like it changes really fast in Russia, that’s why I’m still keeping my eye on the market. It’s a massive practice for me as a director to do a 30 minute film where I can do anything I want. We even wrote it in English in the first place. It was supposed to be a mix of Estonian, Russian and English. It was a cool mix, but we rewrote it in Russian since we had to change artists. But they were even open to mixing languages. It was a pleasure working with them to be honest.

Next I’m working on an LGBTQ film that is in post. It’s a music video about people being separated, and it’s a four-minute long piece. But it’s more like a musical film. I’m happy that we pulled it off and can’t wait to start promoting it. Then we’re looking for co-writers and investors for a feature. But I have to figure out what I actually want to do, in terms of subject matter and genre. I’m still in the middle of exploring that.