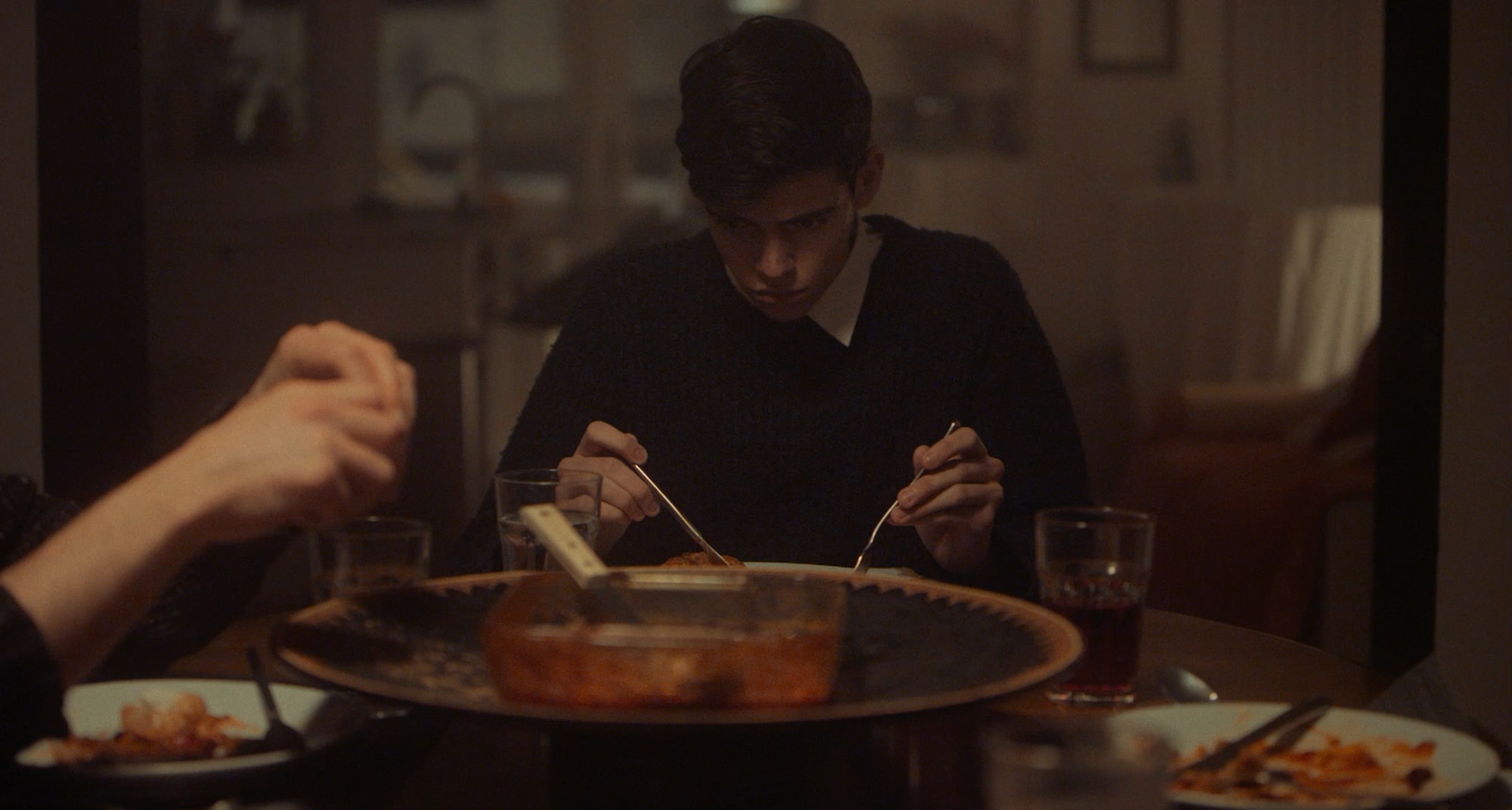 It is always a pleasure when the films that we spotlight in festivals finally make their way over to Directors Notes. Monster, which was one of our picks of the Glasgow Short Film Festival in 2020, is just one example of the types of great discoveries one can make at a film festival; an unsettling, moral grey film that skirts conventional answers and practically demands a spirited post-screening discussion. Directed by Reiff Gaskell when he was at the Royal Conservatoire of Scotland, it tackles the idea of a young boy discovering a non-offending paedophile in his family with great nuance — resulting in a movie that is both disturbing yet provocative in the way it tackles such a difficult topic. Making its online premiere with us today, we talk to Gaskell about working with screenwriter Rebecca Dean, creating a false sense of calm, and using lighting and music to help push the story forward.

Monster is based on a screenplay by Rebecca Dean. How did you work together?

It was written and produced by Rebecca, who was a fellow student at the Royal Conservatoire of Scotland. She was writing it for over a year before my involvement. I pitched on it and got it and then the whole process from then on was around six months of working with each other, really getting down to what we both wanted to say. By the end of the process, I think we both got what we wanted in terms of keeping it fundamentally about the relationship between this boy and his father and the damage that family secrets can do when they’re not explored.

It was interesting because it’s a process that wouldn’t have held up if we had done it outside of the student environment, as we were incredibly passionate film students who both had our own take on what we wanted to say. We’re really grateful to have been in an environment that let that happen and resulted in this very difficult and nuanced film.

Do you think that if you were looking to make the movie outside of the student sphere, you would have found difficulty finding funding due to the subject matter?

I think it’s interesting, especially as Scottish miserablism is the biggest tagline associated with us. But I’ve been in that world for about a year, Rebecca had been in that world for two years. We don’t want to develop this into a feature, but we do think there would be financing problems as it’s a topic that you can’t really commercialise. Even if one would want to get into that subject, I think Britain as a society just sweeps it under the rug or judges it too quickly, whereas a country where you could really delve into it is Germany. Their project understands it as a psychiatric disorder that should be treated. They’ve got active learning programs where one is taught responsibility.

It’s a process that wouldn’t have held up if we had done it outside of the student environment.

I guess it’s not a very nice story, but it’s universal. Everyone has some form of father-son relationship and a story about the loss of innocence. I think that’s a very relatable story. So, who knows? It would be a struggle. There was one point where we thought about factoring in some Scandinavian-style black humour, but we found that it was way too loaded a subject to really wrestle with. 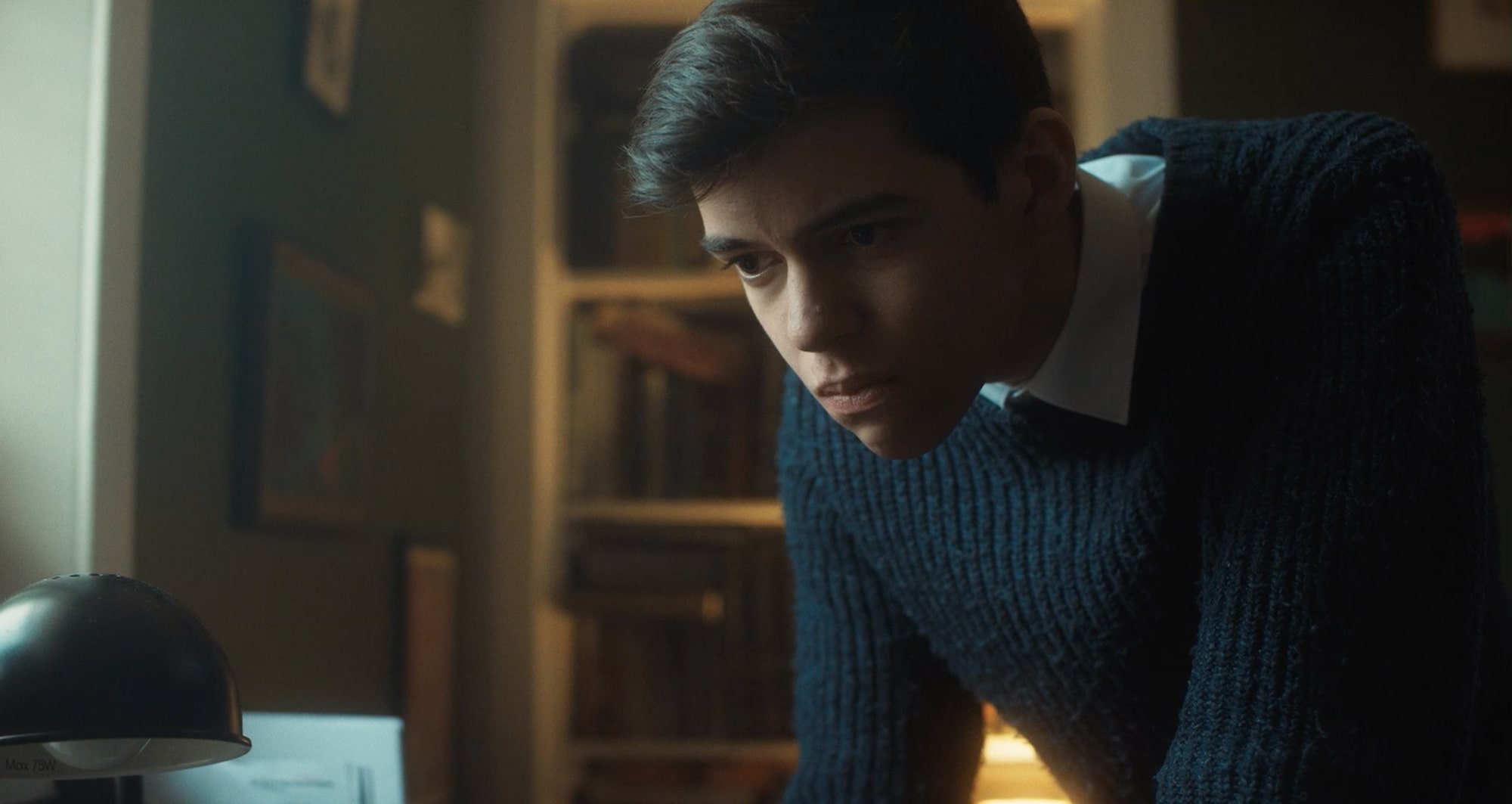 But what you do here is establish it within this sense of domestic life, especially in that medium-angle shot of the family in the kitchen talking about homework. How did you want to establish normal life before it goes into this more difficult terrain?

It was really important for it to feel like there was complete normalcy. If you really look into families that have this issue, it’s hard to imagine the surprisingly large numbers. How would they deal with that situation? The big thing for Rebecca and myself was to actually think about how parents would get through that situation. We thought that that the key would be to normalize everything. There’s safety there; there’s almost a bland domesticity to it. It’s supposed to be a little bit of a facade.

And you basically end with a cliffhanger. Did you want to leave it open for conversation instead of having a definitive answer within the movie?

Exactly. We had a conversation about how we should end the exploration of the topic. We both thought that a short film wasn’t the place to do that. We’ve got firm opinions on this, but it’s one where we didn’t feel like we had the right to impose those on anybody else. We wanted to start a discussion. We’ve had people come up and say they can really empathise with the dad, whereas other people come up to you and say I cast him really well, he’s such a pervert. That’s testament to Alistair Craig for being as malleable as he is. Rebecca and I were 21 when we made it and we were quite firm that it should be nuanced with no simple answers. Hopefully, we presented a moral conundrum and people seem to be receptive to it.

Despite just a handful of locations, basically just rooms in a house, the lighting is very pronounced. I’d love to know about the technical set up and how you collaborated with the cinematographer to create these shifting moods?

I think you get quite a nice home advantage when you live with your DP! We were in our last year of University together, which was very helpful! Anssi Tiusanen and I were very close mates at the time. We’d like the same films and consumed stuff together. At the very beginning of having read that script, I passed it to him and was like: “Let’s talk about how we could make this.” Colour was very important; we colour-matched the whole story from the beginning. Then in terms of set up, we played a lot with negative light. At the beginning of the film, there’s not very much contrast, the kitchen is very bright, we don’t play with any tungsten light, everything’s very daylight-ish. Then, as we progress the shadows get more pronounced, the reds and oranges get more saturated, and there’s a dark blue and green that shows off this sick evil.

We were quite firm that it should be nuanced with no simple answers.

I want to know more about the music because it appears to go on the same journey as the characters. What was the composer collaboration like?

Strangely enough, the first person I met at the RCS was the Composer Crystalla Lola Serghio who moved into student halls at the same time as me. We still work together on a bunch of stuff. The kid in the film doesn’t know what’s happening, so we wanted to use motifs that the audience could recognise and follow as a means of embodying those thoughts. Crystalla was great at marrying those opposites of wanting to feel very natural and minimal while also getting at the unsettling nature overall. Working with her was a very fun process.

I am working on a TV show and a proof of concept short for it. It’s set in 1950s Tennessee with a fantastic American writer. I’m very excited about that and heading over there in February to do some recce and some meetings.