Jonas Bak Casts His Own Mother in Feature ‘Wood and Water’, a Spiritual Piece of Late-Life Slow Cinema 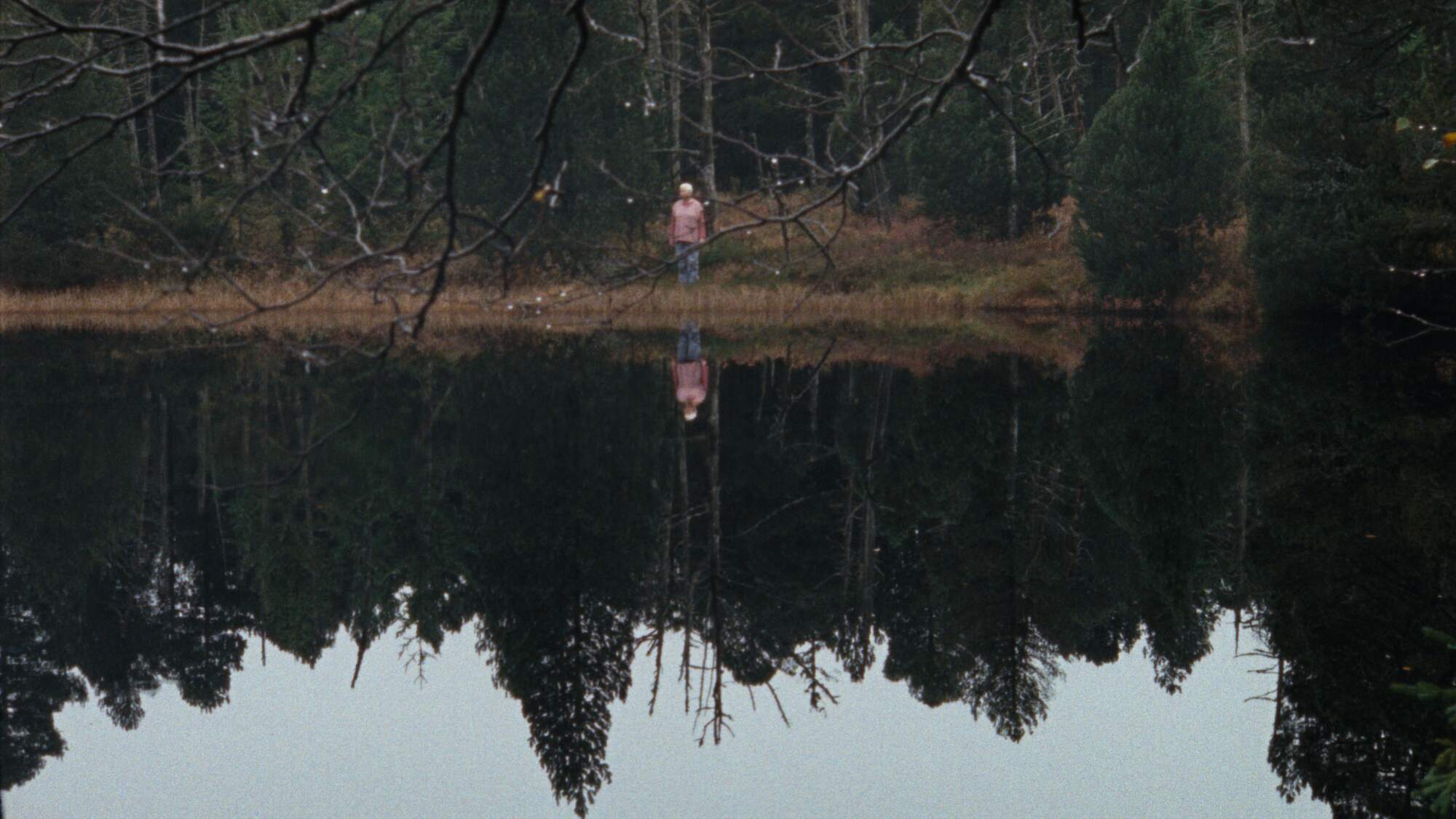 There’s an understated elegance to Jonas Bak’s debut feature Wood and Water, a film that tracks the spiritual journey of a mother who begins her retirement and heads to Hong Kong in search of her son. We witness patiently as she navigates the city and its various inhabitants, slowly finding her own conclusions as to what this next stage of her life holds. Bak casts his own mother as the protagonist, a decision provoked by his desire to learn more about both her and himself, as she too is beginning this period of her own life. This is where Wood and Water truly excels, as an entrancing piece of docufiction that asks more questions than it answers. DN first caught the film back at the London Film Festival last September and have now had the chance to catch up with Bak as Wood and Water starts to wind down its festival run, learning how he came to cast his own mother and how her narrative informed its gorgeous 16mm cinematography.

What inspired you tell the, generally underrepresented, story of an older woman going on a spiritual journey?

At first, I wanted to make a film about a young Western man in Hong Kong, about his search for identity and about cultural alienation. That was in some way my own story, as I had been living there for a few years and felt increasingly drawn back towards where I come from. Many debut films center around the author’s own and very personal experiences and that creates very authentic films, but at the same time I felt that there wasn’t actually enough in my own experience that I felt I needed to make into a film.

Then my mother fell very ill, I travelled back to Germany and spent a lot of time with her, probably the most we spent together in the last ten years. It made me realize the consequence of distance and made me see a lot of how I had lived my life through her eyes, through the eyes of a mother. It gave me a way of indirectly telling my story, but through a much more interesting perspective, one that I felt I could learn a lot from.

Making this film was a way for her to project herself into the future and step away from that loneliness and lingering memories of her past.

There was also the idea of healing through making the film. In her real life, she was living alone, was about to enter retirement, and I had worries for her entering this later chapter in life, and how she would cope with loneliness. Making this film was a way for her to project herself into the future and step away from that loneliness and lingering memories of her past. I was never really aware that I was making a film about an age group that is probably underrepresented in cinema. I just wanted to portray my mother, a hero of my life, as truthfully as possible.

What were the practical challenges of shooting in Hong Kong?

Many of our crew travelled from Europe to work on the film. It was challenging for them at first to get used to the humid, hot weather, and the stress of the city. We shot in Hong Kong in October 2019 at a time when there were a lot of large protests throughout the city. The often-spontaneous nature of the marches meant it was logistically challenging at times to shoot in certain locations, and we always had to be aware of where demonstrations were planned and if and where the riot police were deployed.

What helped us a lot was the small size of our cast and crew, it made us much more flexible. I am grateful for their trust in the project and in me – amidst the chaos we were able to create something very special. The protests occupied everyone’s thoughts and it was also tempting to give them more prominence in the film but it was important for me not to let the political take over the personal.

Do you see Wood and Water as a piece of slow cinema? If so, what is it about that form of storytelling that interests you?

I am not a big fan of categorizing films, just as I would never say that my film is definitely documentary or fiction. The film represents in its pacing the way that my mother lives her life. It represents her subtlety, her curiosity, her calmness, and I felt that the form was very important in underlining that. I like films that give you time, also allowing for your own perspective on things, your own discoveries. An invitation for your own dreams, conclusions and narratives. This makes slow films not only a personal experience for the filmmaker but also for the viewer. Taking your time and demanding patience from the audience might be very brave in our modern world but I feel it is the most honest way for me to express myself.

The 16mm cinematography is so beautiful and timeless, which feels apt for the story you’re telling, what creative decisions motivated the way you wanted to shoot the film?

Our visual approach was very diligent and careful: fixed camera positions and fixed compositions, as if we were taking photographs. Taking photographs has something nostalgic to it, you want to freeze a moment before it passes. There are the old photographs in the first part, they are memories. Then there is Hong Kong that changes drastically and will never be the same again, and I wanted to preserve it in a way. The care you need to take when working with 16mm underlines this approach. And it has a strong presence on the big screen and feels very tangible.

On a more practical level, it gave everything a live action feel. We were not able to shoot 30 takes per scene with my mother as a non actor, so we had to be very careful about when we rolled the camera and make sure we knew what we were doing. Digital gives you too many options sometimes.

What are both the challenges and benefits of having your own mother in the film? What was it like getting her comfortable in front of the camera?

The benefits definitely outweighed the challenges. We didn’t have to get to know each other. We (mostly) trust each other. There was no demand for too much of a professional working environment, so we could keep the intimacy, also between her and the rest of the crew. Since we told a story that is very close to her own life, it wasn’t very difficult for her to project herself into the character. It sometimes went so far that she wouldn’t want to discuss and intellectualize anything with me any more, that she felt she knew better, and I had to accept that. Scenes where she melancholically gazes into the distance might work better because she was quietly annoyed at me.

The film represents in its pacing the way that my mother lives her life. It represents her subtlety, her curiosity, her calmness.

The original script was used for rehearsals over the course of 2 months before we started shooting the easier and quieter part in Denmark and Germany. I lived with her during that time and invited the cinematographer Alex Grigoras to stay with us so that they could get to know each other. I was very impressed with how confident she was in front of the camera and how she handled the stress of new places, new people and the absurd ways of making a film. It seemed that there was an urgency about the film for her, and a real desire to confront her own emotions through the process. 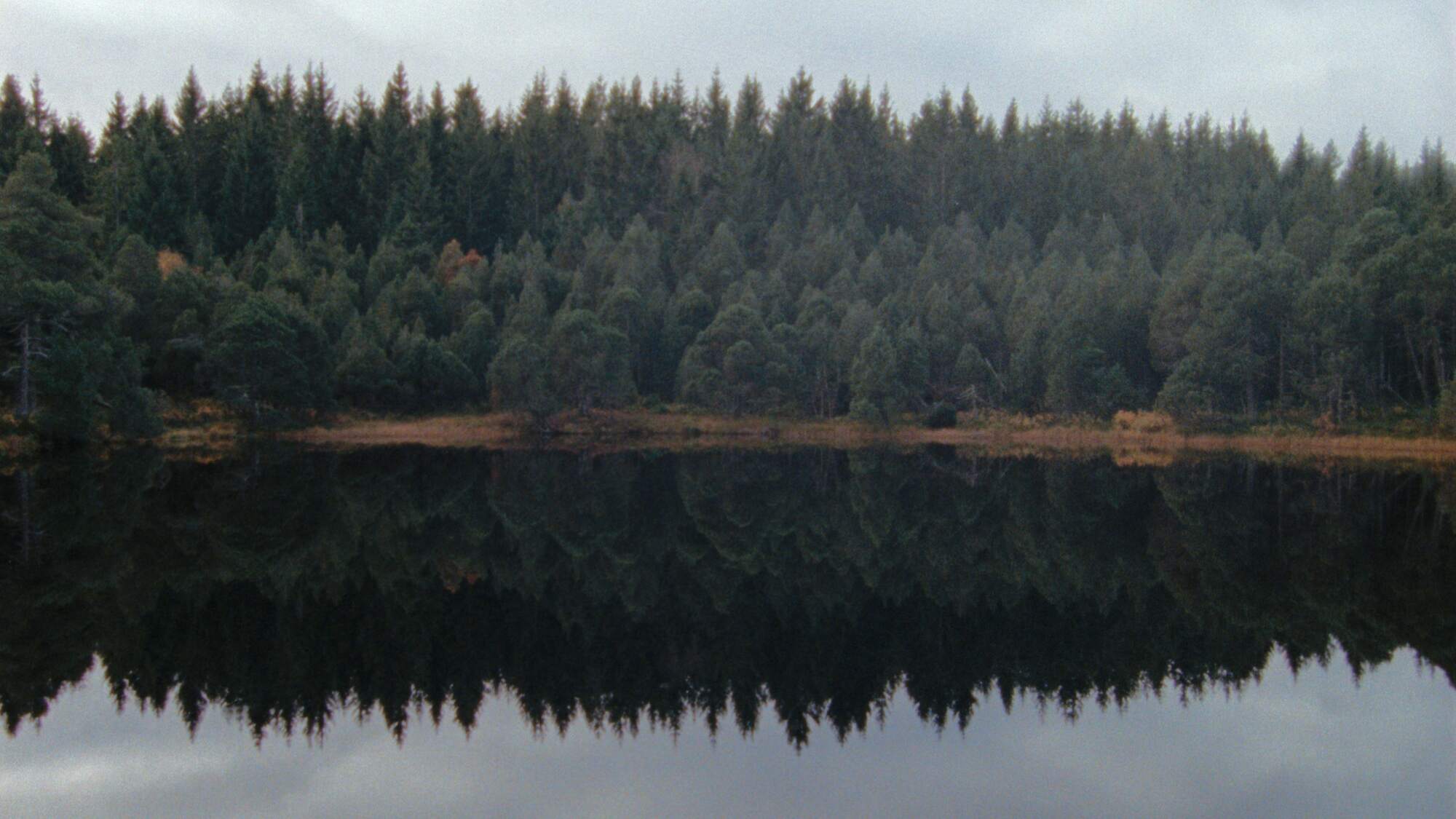 You utilise Brian Eno for the score, what was it about his music that made you want to use it for Wood and Water?

At first, I didn’t want any music at all and I still believe the film would work without the score but working with music and experimenting different routes and styles helped me during the editing to find out the emotional values of certain scenes. But I would have never thought of using Brian Eno for that. He came into the picture when the going got a bit tougher, during the outbreak of corona, the first lockdown and the uncertainty of whether the film would ever find an audience. I think I just happened to listen to Brian Eno during that time to make myself feel better. At some point I tried it out on some scenes in the film, just for fun. That sweet, metallic drone is so deeply meditative, it puts me at ease and makes me feel connected with everything. In a way, that is what the film is also trying to do. I was a bit scared that it might be too over empowering, pulling too many emotional strings, but it was this version with Eno’s music that my mother liked the most. Because it was her film as much as mine, I thought I would try to keep it.

Can we expect another feature from you anytime soon?

I am working on a psychological love story about a couple from different parts of the world that try to work their way through their cultural differences. I want to continue to explore the theme of cultural alienation, transnational relationships and mental health. It is somewhat of a sequel to Wood and Water.