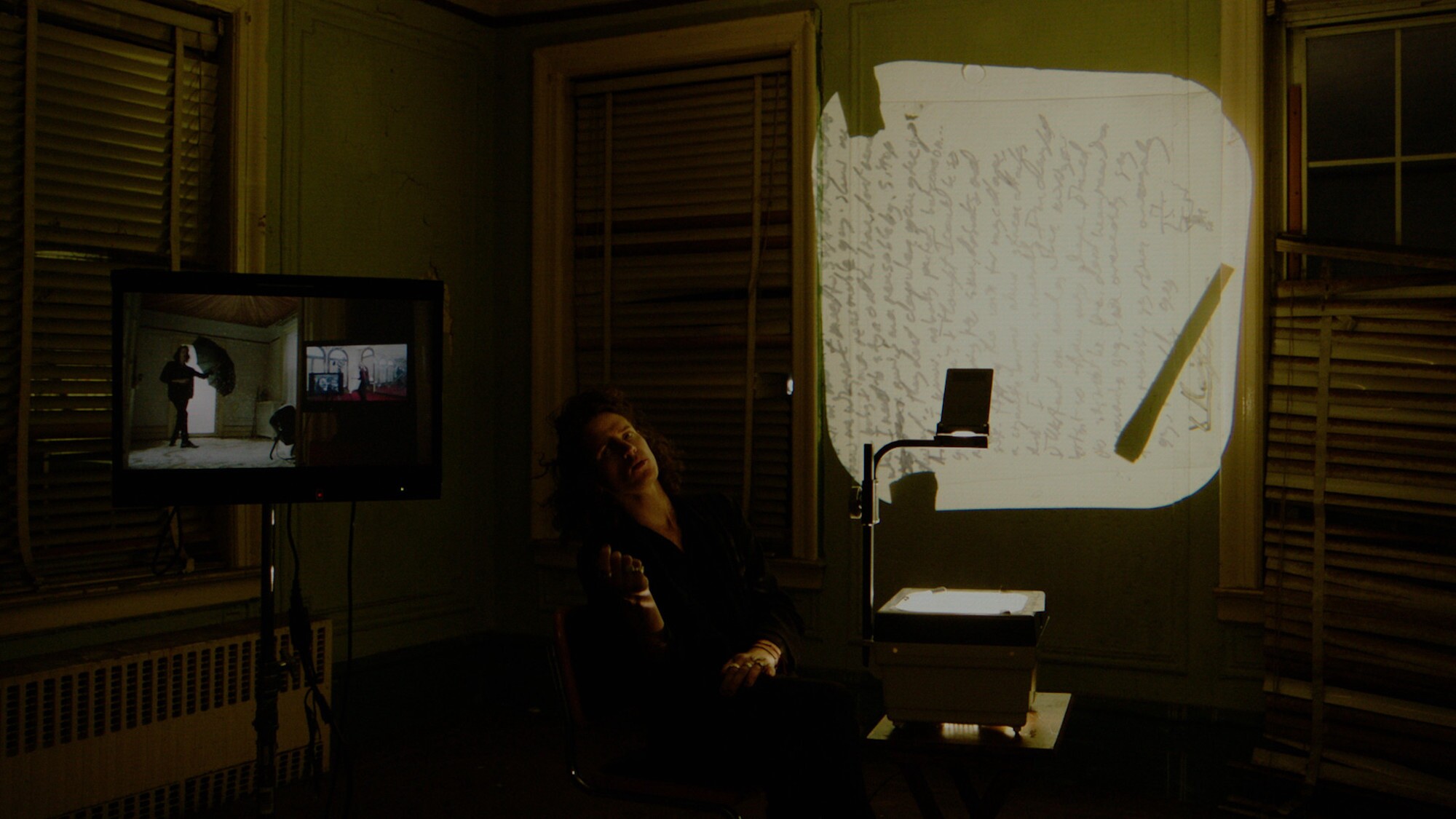 Brooklyn-based Director Josh Sondock’s music video for Nick Leng’s morning / midnight is a multi-layered meta-commentary about a musician making a music video in which a musician makes a music video. Recorded in a single take with no cuts, Sondock’s complex vision is an ambitious feat of filmmaking and an epic showcase of what you can achieve on a shoestring budget with some heavy planning. Thematically speaking, it’s also a brilliant deconstruction of the curated image that contemporary life is heavily populated by and the layers of performance we experience on a day-to-day basis. DN is delighted to premiere Sondock’s video for our audience today and joined the director for a conversation where he broke down the mechanics of his music video, exposing the process behind the effortlessly smooth transitions between each of his visual setups.

Where did the seed of an idea for such an innovative video begin?

The seed of the idea for this video was planted when Nick and I got on our first phone call together. After discussing a few visual references we each had prepared, we started self-deprecating a bit. Nick told me that he was somewhat exhausted about having to keep up his curated image, about making his music videos ‘cool’ and ‘artsy’. We talked about our anxieties about what making all this content was doing to us, that is, that it was cornering us.

We both felt that, in our own little worlds, there was a rift between the versions of ourselves that made great work and the versions of ourselves that wanted desperately to make great work, but really just got in the way. If nothing else, the conversation was real. We both put down our ‘cool guy’ acts for a second. And in that, I thought there was a pretty good idea for a music video.

How did you expand on that concept and evolve it into what became the final video? How did you begin to plot it all out?

It would be a one-take music video about an artist who is struggling to make his own one-take music video. The video opens in a large auditorium with Nick preparing for Take #35 of a full day of filming. He is exhausted and is doing whatever he can to not lose his shit in this delicately orchestrated video. As the video goes on, we start to realize that the version of him playing on the camera’s monitor and the version of him in the room begin to diverge. The ‘real’ Nick and the ‘ideal’ Nick must duke it out.

And then, as the shoot was approaching, I was going through location ideas when I pulled up one of my favourite music videos: the Mountain Goats’ Woke Up New music video by Rian Johnson. There was something about the process of that video that was simultaneously incredibly meticulous and was also messy, free-wheeling, and felt real.

At what point were you confident that you could pull it off? And how much back and forth was there between you and Nick and his team?

After I did a pre-pre-vis with my girlfriend, I knew that the technique was right for the song and that I was exactly the kind of fledgling, detail-oriented, trying-to-prove-myself-without-exploding-from-self-doubt kind of director that could pull it off. Nick and his team put their whole trust in me, every single step of the way, and for that I am super duper grateful. Technically, it was one of the hardest videos I’ve ever done, but ‘politically’ with Nick and his Manager Jay, it couldn’t have been easier.

I have to ask the most obvious question. How on earth did you do it? The transitions between each setup are crazy smooth.

The video is a legitimate one-take with no cuts. The way this process works is you shoot the innermost ‘layer’ first from the start of the song to the end, then the second innermost, third innermost, etc. (we did 6). All of the zooms, actions, focus, and camera movement have to be planned to the exact second and every ‘layer’ must be synced, colored, picture-locked, exported and queued up on the monitor before you move on to the next layer.

This truly couldn’t have been accomplished without the diligence and care given by both my DIT Alex Barratt and my DP Andrea Gavazzi (Julie & I). It sounded like we were talking absolute nonsense all day, yelling about “layers” and “frames within frames”, but, sure enough, it all worked!

One of the coolest things about this technique is that it is basically entirely practical and, as a result, even though there are multiple distinct takes we needed to get to make the video, the very last take we recorded, which we recorded at 2x speed in reverse, is the only shot we are actually using in the cut. At the end of our shoot day, the crew got to watch the complete, ‘edited’ video. A one-take after all… and yet a one-take that goes “from morning until midnight”.

All of the zooms, actions, focus, camera movement have to be planned to the exact second.

When you get that perfect take, and the video is essentially ‘edited’, what does that mean for post-production?

You may notice that the final layer was filmed in reverse (with reversed video playback), so we simply had to reverse the clip again to get the video playing start to finish. That being said there are zero ‘cuts’ in the video. What you see is a single continuous take from start to finish (or “finish to start” might be more accurate). I did a few small repositions/size tweaks and some very light time remapping to make sure all of Nick’s lip syncing matched (while we were filming, there were a few quirks we discovered in the way that video and audio playback synced due to the natural latency of our monitors/computers). We also did a color grade with the legendary Aubrey Woodiwiss and then it was ready to go… I guess I also had to eventually export and upload the file to Vimeo… call my mom, write this paragraph, invent more ways to be more ‘meta’, etc.

You work across multiple forms of content including commercial work and narrative shorts, what do you bring from those disciplines into your music videos? And vice-versa?

From directing commercials, especially ones that are sub 90 seconds, there is a need to convey a large breadth of information very quickly. From films there is a need to convey a certain level of depth. I think music videos provide a good challenge to make work that is both somewhat immediate, borrowing skills from commercials and also having enough depth to keep viewers hanging on until the end. In the other direction, music videos are all about rhythm. It’s been a huge learning experience for me figuring out how to perfectly time a subject’s actions and reactions, this video in particular had something like 200+ cues, so it was a big challenge of pacing, one that I had to design carefully in advance of the shoot.

What can we expect from you in the future?

I really want to do a project about monkeys falling in love. I also have a short film I just directed about my parents getting divorced and putting down our family dog. So I guess just animal stuff.