Jean-Vital Joliat Conveys the Intimacy a Couple Facing Dementia in His Music Video for DE.VILLE’s ‘Water’ 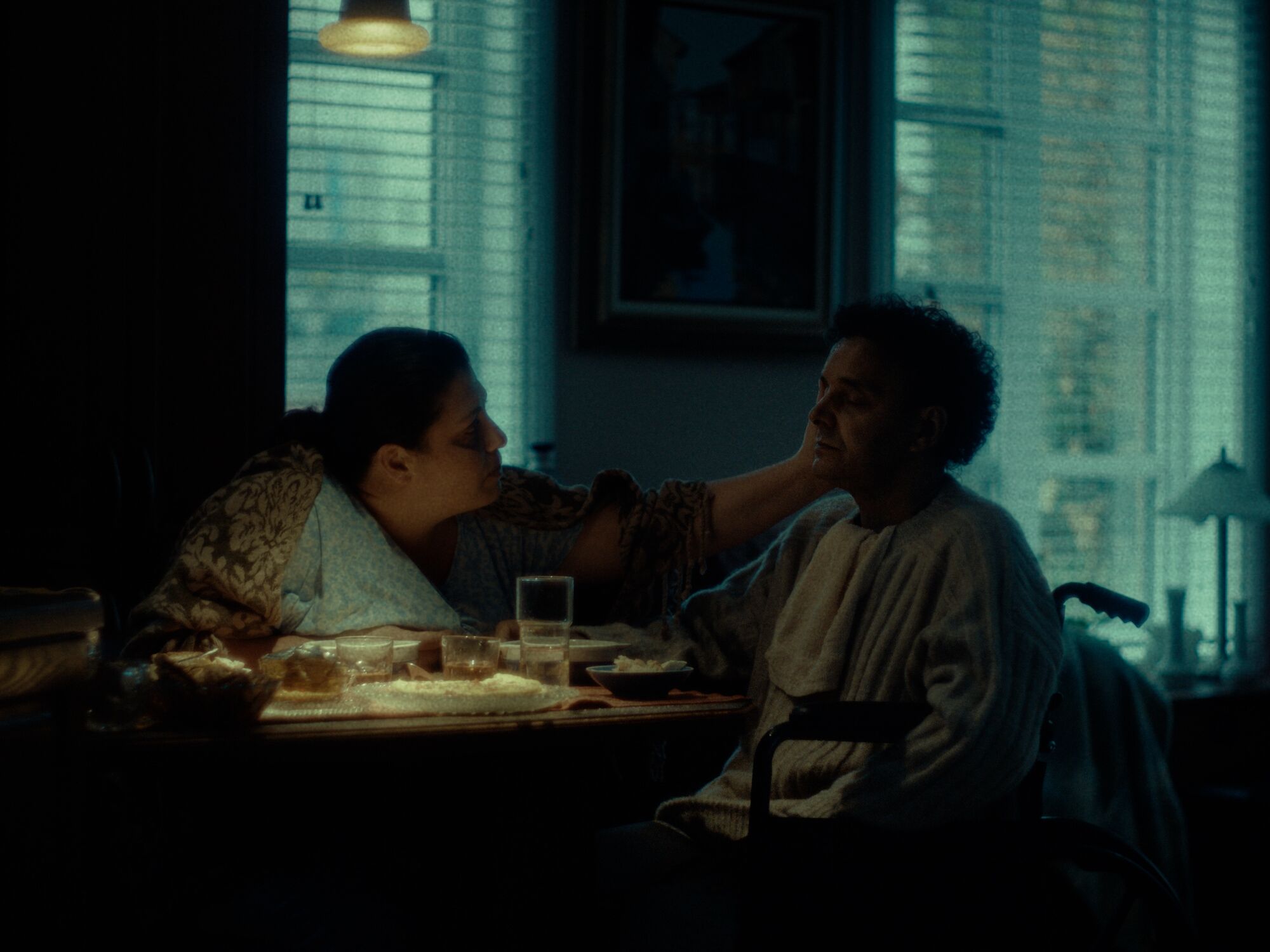 There’s a painterly stillness to Director Jean-Vital Joliat’s music video for soul revivalists DE.VILLE’s Water. As a filmmaker, Joliat is able to construct a frame with such depth that it needn’t be subject to frenetic editing. He lets the slow sadness that accompanies his character’s journey populate the frame, allowing the audience to become absorbed in their story. The story itself is of Fatima, who is taking care of her dementia-stricken husband Zakaria. The video shows a single evening of their relationship where Zakaria faces a moment of lucidity. It’s a beautiful, heartbreaking and haunting video which Joliat imbued with his own real-life experiences with the disease. DN caught up with Joliat to discuss his working relationship with DE.VILLE, the specificity of his vision of the video, and the process of developing his stunning visuals.

Could you walk us through the beginning of your working relationship with DE.VILLE?

The project came to life slowly. It all started when, I was contacted by Oliver Gaillard, DE.VILLE’s bass player. I had known the members of DE.VILLE for some time and we were all interested in working together. I had creative meetings with Simon-Pierre Desjardins, the producer, and Ziad Qoulaii, the singer with the golden voice. Ziad spoke to me about a love story between a sick man and a woman.

What was it about that subject that spoke to you and how did you build on it, creatively speaking, for the video?

This subject appealed to me because, in my family, my grandmother took care of my great uncle who suffered from dementia for many years, so I used that part of my life to inform the concept. From there, I started to structure my ideas. I wrote a script inspired directly by my grandmother, especially in her gestures, her look, and her benevolence towards her brother. I paid close attention to detail to bring an additional element of reality to the story. For example, he always rubbed his palms on his thighs while eating. Drawing on real life experiences gave the character more depth. After several drafts of the scripts, we were finally ready to go into production.

The video itself is very clinical in that there are very few shots but they’re impeccably composed. How long were you crafting for that during pre-production? And how did it all manifest practically during the production?

The pre-production was quite complex. I needed a very specific house and we didn’t have the budget to cheat in different houses. We needed a house with an open floor plan since our character was in a wheelchair, as well as a particular bathroom to shoot the crucial scene. I think we saw about 30 houses before finding the right one. In terms of casting, that was also complex because we needed two actors of North African origin, who would form a credible, strong couple. Because of Covid, we had to cast remotely. I took my time to choose the right actors. Otherwise, everything else went tremendously well thanks to Samuel Caron, the Producer of Telescope Films. He managed the project very well. Post-production took about two weeks. The picture editing took some time because we deleted a scene and reworked the structure to give it more impact.

And from the beginning of pre-production through to the final edit, how long did it take for the project to come together?

From the first contact to the final project, the project happened over a period of three months. Since then, the project has gone on to live in its distribution phase where it received a Vimeo Staff Pick, and has been featured on several sites like Directors Library and now Directors Notes!

What kit did you shoot on to obtain that composed and almost painterly visual aesthetic?

We shot with an Alexa Mini and SK lenses. In speaking with the Director of Photography Alexandre Nour, we wanted to make sure we had a realistic light that appeared as natural as possible. We wanted it to feel like a documentary. To do this, we used minimal amounts of lights, relying often on Asteras.

We wanted to make sure we had a realistic light that appeared as natural as possible.

The shots are so well composed too, did you storyboard at all or did you work with Alexandre Nour on the day to compose them?

I rarely work with storyboards except in advertising. My vision was to make as few shots as possible and to make the staging minimalist and unobtrusive to leave space for the actors. Each shot was refined following the tech scout, so we knew exactly what to shoot. Of course, on set, Alexandre Nour the DP suggested frames to me and because his vision is excellent, I always trusted him. That’s really important.

You mentioned earlier that the edit had its own challenges. How did DE.VILLE’s music affect the structure and flow of the video?

What do you enjoy about the music video creation process? How do you find it challenges you artistically?

Making a video like this one takes time because it’s a short fiction, and the theme is about something I experienced in my family. I was totally immersed. What I also like is the task of creating a whole visual universe to music. For a director, it’s really extraordinary to have the chance to propose a universe stemming from his or her style and creativity.

And what will you be working on next?

I just finished my new film called Tipatshimushtunan (Tell Us). It’s a hybrid project that falls between documentary and music video. It has already been selected by Beyond The Short and Director’s Library. Apart from that, I’m working on an ad campaign, and I’m preparing for a few other music videos. Finally, on the side, I’m editing a documentary film about my uncle Roger, the character who inspired the story of Water.