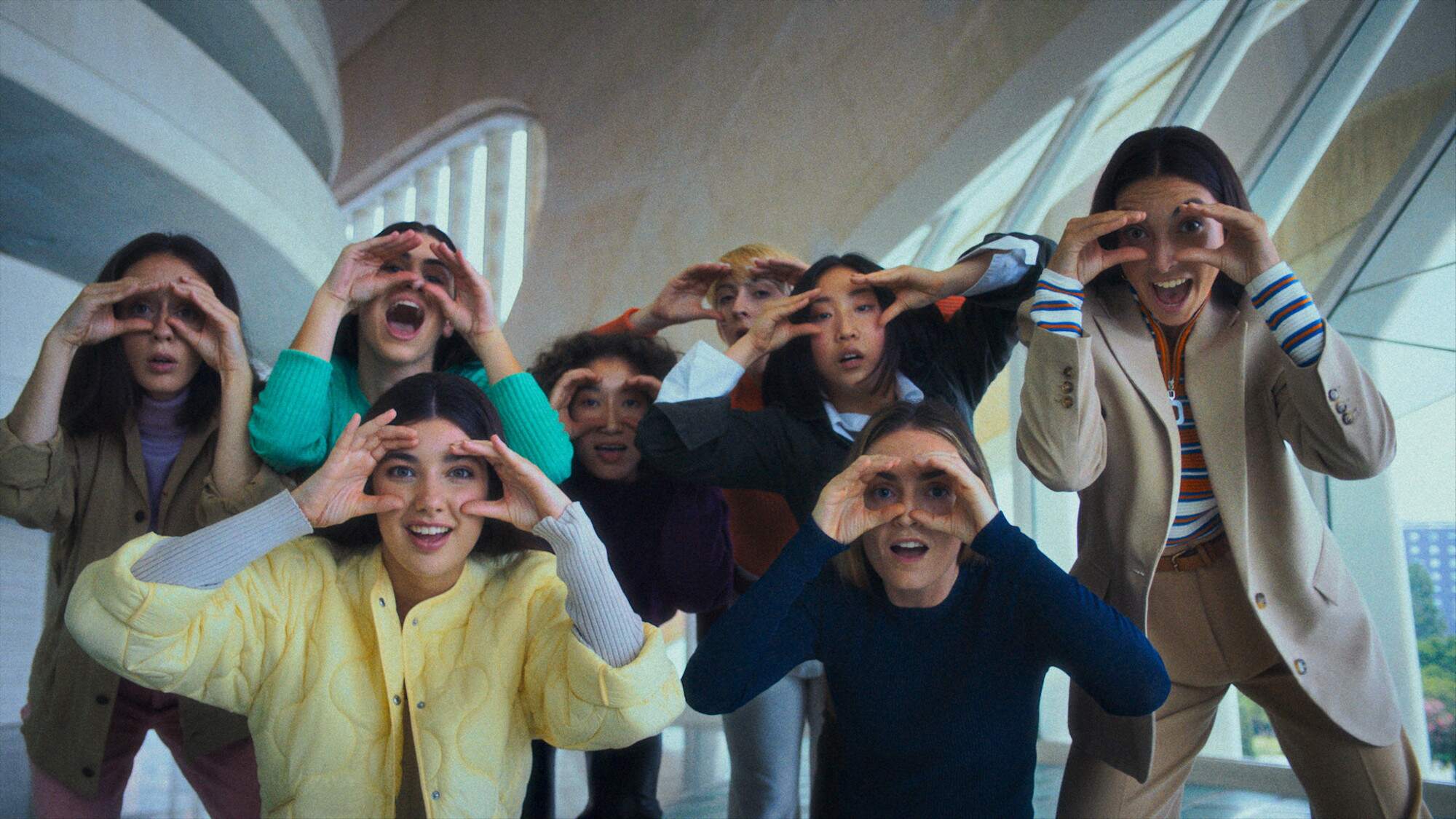 DN has featured the work of Spanish filmmaker Victor Claramunt on our pages a number of times now. We’ve always been struck by his use of vibrant colour and distinct aesthetics as a means of portraying the emotive nature of the soul. His latest short L’Amour continues that trend, this time through an experimental dance short shot in El Palau de Les Arts, a beautiful theater in Spain which hosts opera performances and boasts an incredible architectural design. The short film is a celebration of empowerment, desire and diversity and features an all-female cast of dancers who convey that feeling of freedom with a joyous buoyancy. DN is proud to premiere L’Amour online in conjunction with a conversation with Claramunt where we discussed his zestful approach to filmmaking, the looseness of his choreography, and the liberation of not using storyboards.

L’Amour, as a piece, carries a real sense of vibrancy and zest. Where did it begin for you?

The initial concept was to narrate a feeling as complex as love through dance. It is not about loving something or someone but about talking about the states that happen when someone is in love. For a long time, I wanted to make a film where I mixed dance, humour and architecture and in this film, I was able to incorporate everything I had in my head. Every choreographed movement means something to me, every dance narrates feelings and so I let the choreographer know. I didn’t want them to dance in an exact way, I wanted freedom in body language.

It’s a short that is just as much about place and costume as it is about dance and energy. How did you discover the location and what did the preparation process look like?

The way to proceed in the film was first to find the location that could be “a container of feelings”. This place is located in Valencia, Spain, and is El Palau de Les Arts, a theater where there are opera performances. Once I found the place I visited with some members of the production team, José Trullenque, and the choreographer, Vero Mejía, to write each movement to be shot in a specific place.

I did not draw storyboards, it is the first time I have not done it and it turned out to be a liberating experience.

What was the approach to choreography on the film? What were you looking for from the movement of the cast?

The movements are referenced by the choreographies of Pina or Ryan Heffington. Faces are used to narrate at the same time as the body. I always thought of a group of women from different cultures with different bodies to shoot the film. They were rehearsing over two weeks and wrote more than 30 different movements of which only about 15 different ones are seen in the film. For this film I did not draw storyboards, it is the first time I have not done it and it turned out to be a liberating experience.

And similarly, music, what was it about Georges Bizet’s Carmen aria Habanera that felt right for the film?

Bizet’s Habanera is not random. I wanted the music to lead us to the concept of a strong, free woman and I think Carmen does. I needed a different version than what we are normally used to hearing and I located this version that is heard during the film. In the credits an a cappella version is heard and also in the teaser the opera version best known to all sounds. Different versions of the same song.

How long were you shooting for in El Palau de Les Arts?

The entire filming took place in a single day. From sunrise to sunset. In most shots, natural light is used to achieve that more physical, more realistic finish, even if it is dance that is being interpreted. I enjoyed shooting this project with my friend and also DOP Juli Carné.

I wanted the music to lead us to a concept of a strong, free woman.

What equipment did Juli use to achieve such a vivid and cinematic aesthetic?

An Alexa Mini was used for the recording and all shots were recorded with Steadicam. I want to emphasize that there is no use of VFX or post, only colorgrading. This was another thing I imposed on myself from the beginning of the project. 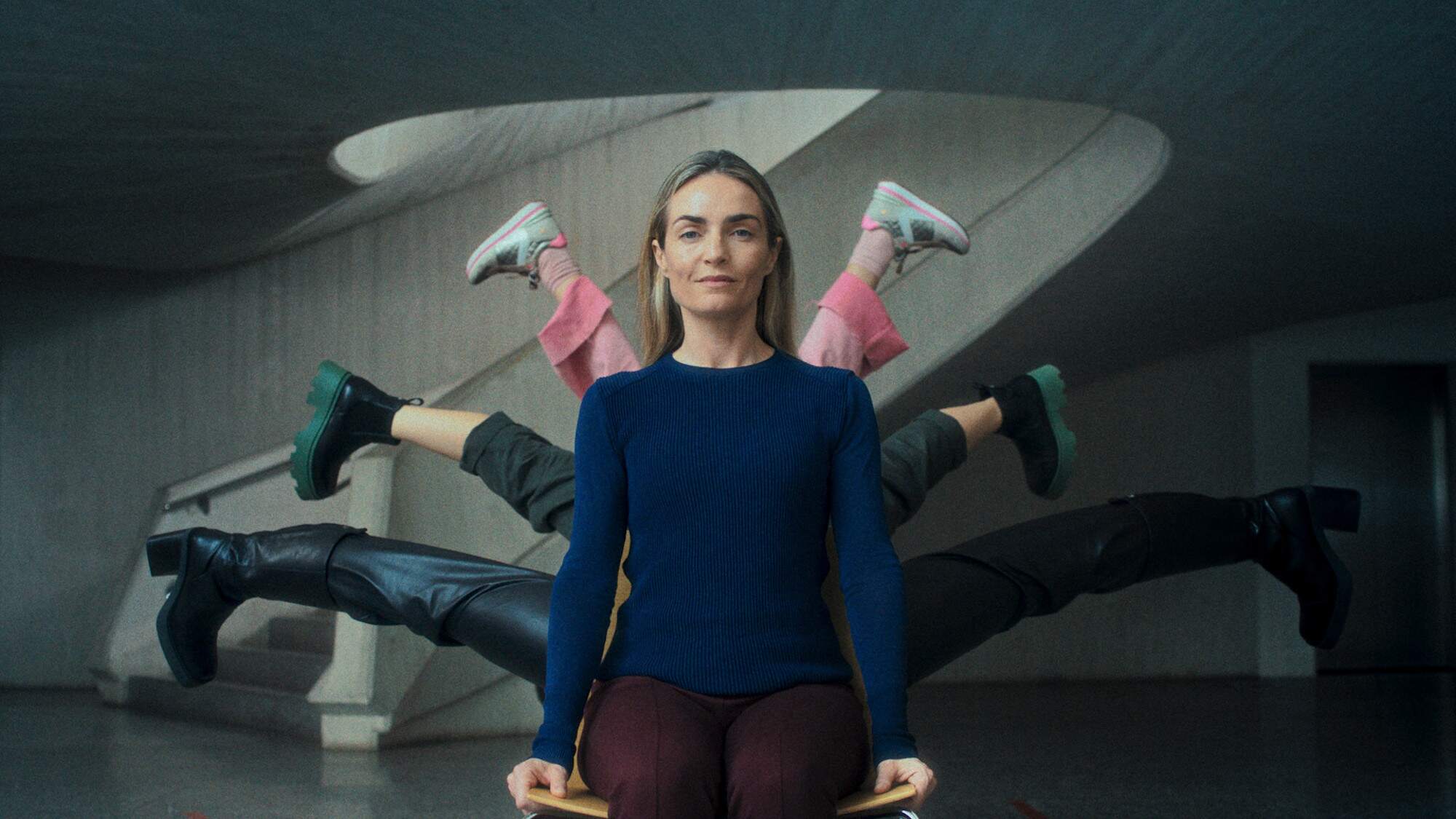 You mentioned that this was your first project without storyboarding. Did that make for a more demanding edit?

I usually edit my own films, so editing was fun but difficult at the same time on this one. Too many combinations were possible. I decide first to present all the dancers and then show different movements in different parts. I like fast endings, so I did all the fast camera movements at the end. The ending is one of my favourite parts because all girls looking at you are asking about your feelings, I believe that is a really nice moment.

I didn’t want them to dance in an exact way, I wanted freedom in body language.

Could you talk about the stylisation behind the choice of clothes for your cast?

In all the films I direct, clothing is almost a character. In this film, together with my Stylist Gloria Perales, we wanted to give different profiles of the different girls who could share a shoot together. This makes the entire wardrobe a mixture of styles and at the same time one of its own. The clothes had to be urban, wearable, but at the same time with a touch of ‘magic’. The colors were chosen already knowing the set to contrast but without too much stridency.

What draws you as a filmmaker to tell stories with such a sense of vibrancy and stylish flair?

Sincerely, I don’t know. Since I was little I always saw cinema in a special way. I have liked movies with style, yet very high production values. I think that is what I try to convey to the viewer in my films. As a viewer, I like movies by Spielberg, Scorsese, Nolan, Tarantino or the Coen brothers. All of them take care of the aesthetics as much as the narration. I believe that, like all directors, I do what attracts me and what I can do.

Any final thoughts on L’Amour as it arrives online for audiences to watch?

I really did enjoy filming this film as much as my first one. Empowerment, diversity, joy, jealousy, desire, flirtation, craziness and everything love involves. Without losing the sense humor, L’Amour invites you to express yourself because who has not ever been foolish in love?

Right now, I am involved in my first fiction short film. I am very excited about it. I already have the script finished, together with my Screenwriter Eva Pallarés, where I have had as much creative freedom as possible. It is a complete change. It won’t be like any of my previous films but I’m convinced it’s going to be very popular. When I make films I always think of the viewer, I don’t make films for myself, I make them for the greatest number of people to enjoy. This will be a thriller/horror short film with a lot of aspects you don’t see in any of my films and a little bit that you do see in them. I can give you the title: London (Kentucky). It will be ready by the beginning of next year.