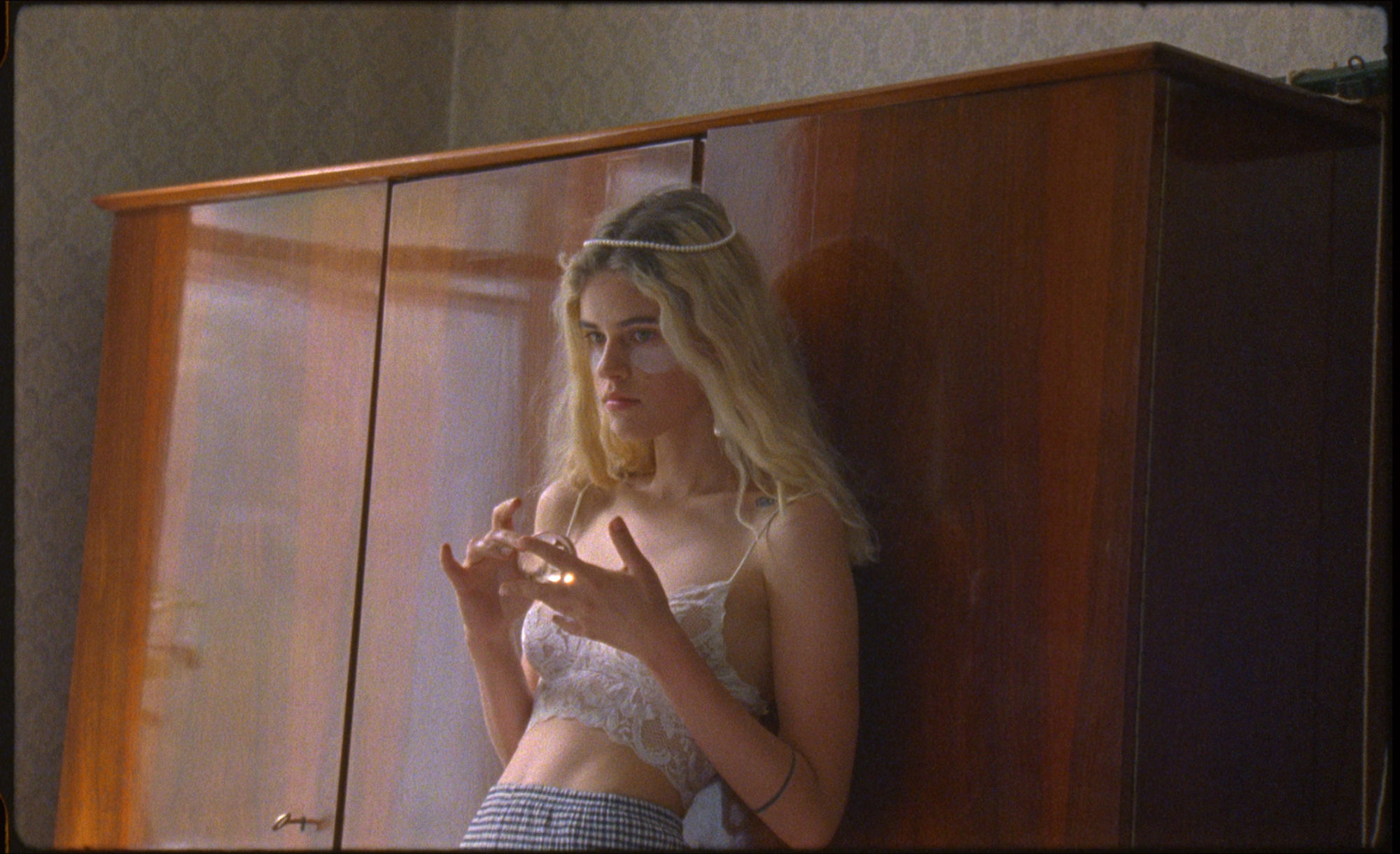 Traversing from stage to short film, Alena Shevchenko’s I’ll Say it First lets us pay privy to the internal see-saw of contradictory emotions a young woman goes through as she weighs up whether or not to make the first move. A film literally torn from the director’s diary and making its premiere on DN today, Shevchenko clues us into the inspirations she drew from the austere days of the Soviet era for this playful will she won’t she short.

The concept was born from my monodrama, based on my personal story, which I wrote specially for the stage and played by myself as an actress. Later, I decided to transform this monodrama to a short film inspiring by Sedmikrásky and Eralash (Soviet and Russian children’s humorous newsreel).

The visuals were inspired by the Soviet Union era. It was a special style. During that time people didn’t have a wide range of products and goods (because of the economic conditions and the Iron Curtain we didn’t have imported products), that’s why many flats looked the same – same furniture, same sofas, same chairs. That also extended to our clothes. We didn’t have much, but we were grateful for every little thing. In contrast to Europe and the United States, where the design depended on the needs of the market, in the Soviet Union the main customer was the state. Hence the specificity of Soviet design: it mainly served industry and the public sphere, but was not intended to decorate the lives of ordinary people.

I spend all my childhood in a flat like this but nowadays everybody has kind of “Ikea style” accommodation. People are getting rid of “old Soviet stuff” because now it’s a trend to buy everything new and modern. This film is kind of nostalgic about those earlier times. I wanted to pair the modern digital world with an old Sovietу flat as a metaphor that technology changes but dreams stay the same.

One of the most important parts for me was to find the right actor for this character – naive and beautiful – and Diana Helzina made this story look exactly as I wanted it to be. Interesting fact: some phrases from the film belong to the actress, which she said from the heart thinking about her personal romantic relationships. So we have kind of a documentary, narrative and fashion film.

I wanted to pair the modern digital world with an old Sovietу flat as a metaphor that technology changes but dreams stay the same.

It took us one day to shoot. We used 16mm film, Arriflex 16 SR and natural light and all of the creative team was female.

Post production was not so quick, around 6 months. The biggest difficulty was creating the original collages which connect with the mood of the character. We needed to create 7 collages. Each collage included 13 frames for a total amount – 91 frames. The collage was hand made by me and my friend, using my personal diaries to construct it.

Next, Lisa Astakhova and I are going to co-director a short film in May in Russia, Moscow with the working title of ‘Matriarchy’:

Moscow. 2030. The post-Harvey world has established a matriarchy. Almost all countries are headed by women. All companies and corporations are owned by women. Men are responsible for ensuring a woman’s life and meeting her basic needs.

The story is told in a very satiric way and despite such a resonant synopsis, this film shows how women love and need men.