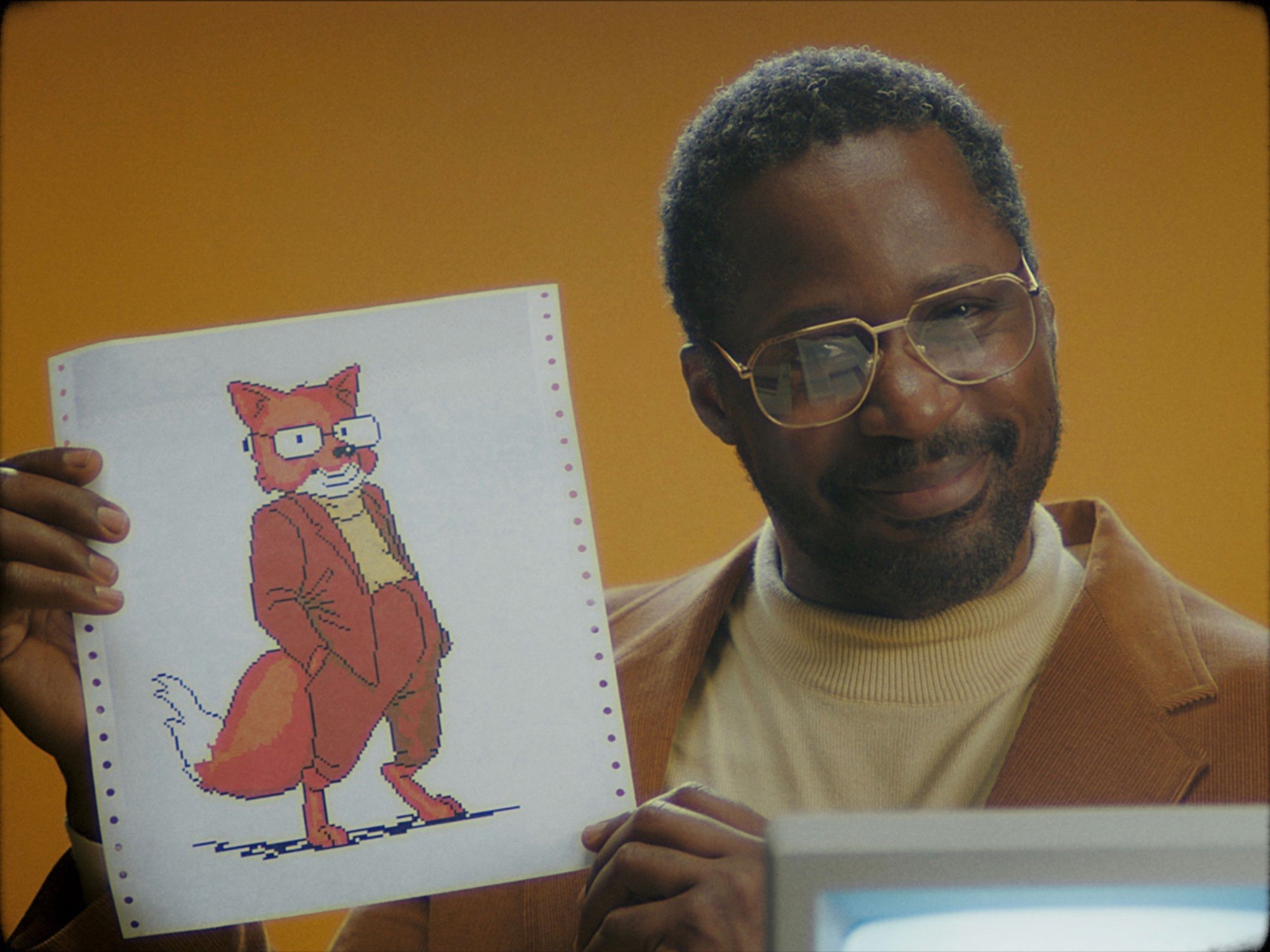 Marking his third appearance of our pages following the awkward failed orgy of Let’s Do It and his cyclical Keenan The First music video How It Goes, Director Joel Jay Blacker taps into the all things AI zeitgeist in Who You Are. Told over the course of five episodes, Blacker’s SXSW screening sci-fi/comedy series sees the accidental invention of an AI with a shitty attitude who causes nothing but trouble for an 80s Silicon Valley tech startup. Blacker returns today to lay out Who You Are’s journey from short to series and how he brought this asshole AI to foul-mouthed life.

[Head over to whoyouareseries.com to watch the rest of the series]

Sam Roots (writer) and I have been friends since middle school. We’ve made various short films together in the last few years that we’ve taken on the festival circuit. Who You Are was based on a short script Sam wrote in college that I absolutely fell in love with. Sam would say that at the time he wrote it, he was taking one too many religious studies courses and was inspired by a panic attack he had because of them.

Since then, Sam and I have been refining the concept and constantly trying to find a way to execute it on a small budget. We were planning initially to shoot some material surrounding the short for a potential crowdfunding campaign or just as a proof of concept. I asked Sam to write what could effectively be some promos for the short. So with that in mind, Sam wrote the first episode of what’s now the web series which is the commercial made by Jonathan and Daryl about the machine. Having written that, he went on to write more of the origin story. And as he wrote it we realized, this short episodic series (5x 5-minute episodes) that relied on one location was more the story we wanted to tell. It’s sort of the prequel to events that transpire in the short… that maybe one day we’ll make.

What if an AI was just as depressed and cynical as us?

With the constant talk and threat of the future of AI, we thought it would be funny to take an opposite approach to questions of morality and singularity. We’re all so confident that the end is nigh when talking about technology, but what if an AI was just as depressed and cynical as us? The show is about three creators of what they believe is the future of tech. Instead, it’s just another headache.

We shot the series on an Amira. We were going for a film look, but with our budget and the amount of VFX work I imagined I’d incorporate, I thought using the Amira would be our best bet to then manipulate the image in post. Long takes with very gradual zooms was something I knew I’d do from the beginning. We shot all 5 episodes of the series, 25 script pages, in just two sweaty days in a garage during a heatwave which was mad. I knew to execute that we’d need to shoot minimal setups but it also fit the aesthetic of a ‘found-footage’ vibe. The Fujinon Cabrio 19-90mm was the ideal lens.

The computer itself is a Super Macintosh Plus from 1986. I just scoured Craigslist every day. We have two of them now. The first one we got was cheap because the guy didn’t think it worked. Which… it doesn’t now; I destroyed it. Which felt sacrilegious. But it didn’t have the printer we needed with it so we looked for other printer options only to later come across the Apple ImageWriter that came with the computer originally. We got really lucky as the printer was still functional. With the push of a button, the spindle churns out a print. We’d just have to reset it between takes.

We shot the series for under five grand, so we had to figure this stuff out ourselves.

I broke the computer to fit a light behind the screen. My DP (Tanner Hall) and I were experimenting with an LED bulb and diffusion paper behind the screen, but we didn’t get the spread we wanted. We had a buddy with LED tape which ended up being best for an even distribution of light. I had to use frosting glass spray so as to not reveal too much of the inside of the computer, which I gutted to fit the light.

We had a lot of gags where we wanted to sell that Jonathan (the computer engineer) had rigged the Mac to be operating up to its breaking point. We wanted a lot of smoke effects coming from the inside as if it were literally dying, so our Production Designer Sam Neidenbach squeezed a duct-taped silicon tube up through the back power port directly to the floppy disc port to pump smoke through it.

We had no money for a props specialist. We shot the series for under five grand, so we had to figure this stuff out ourselves. I very unprofessionally took the computer apart by watching YouTube videos and we made a lot of mistakes. I literally took a hammer to the hardware inside, which cracked more of the monitor than I would have liked. It’s mostly duct tape inside now and no actual working parts.