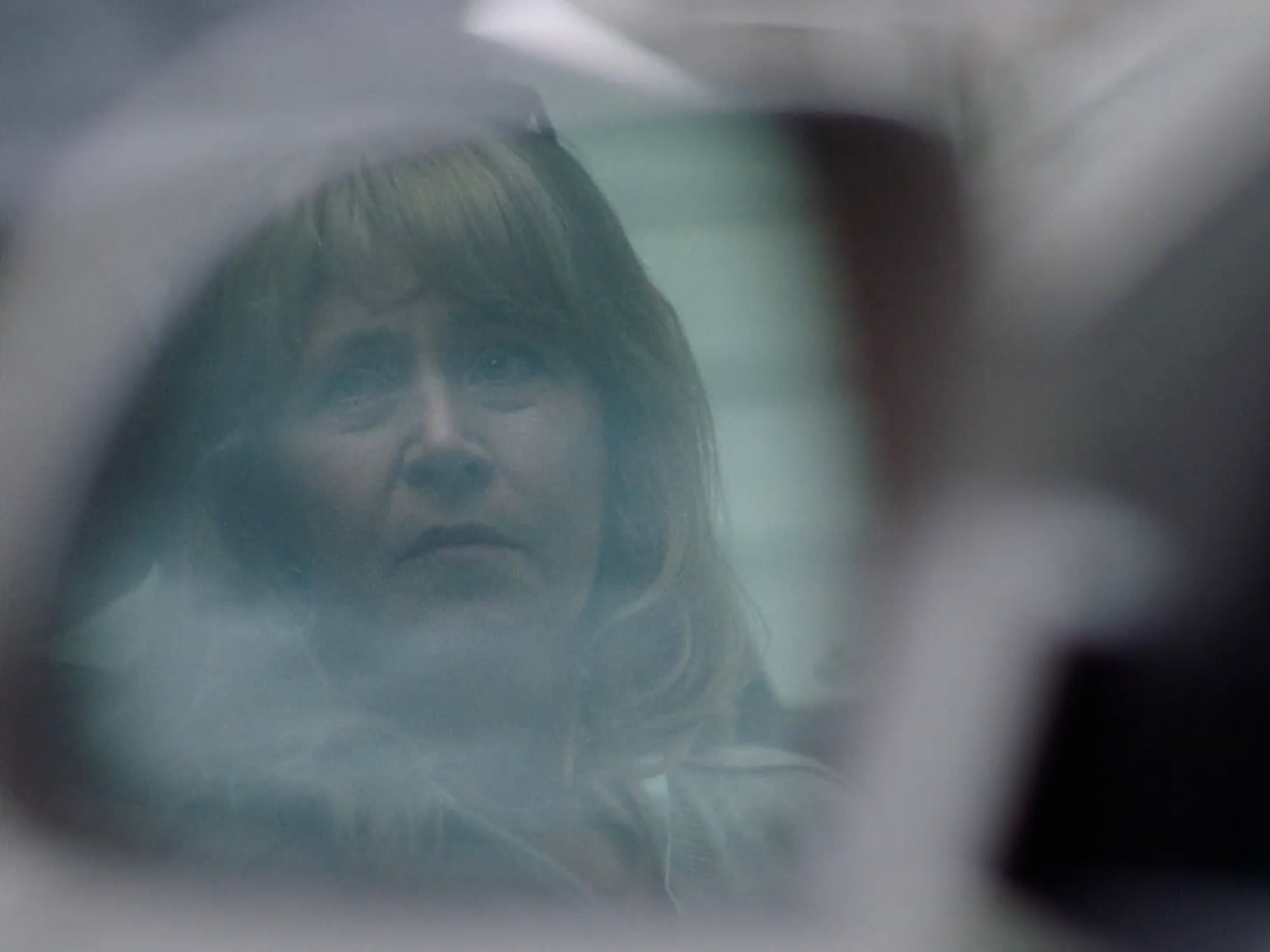 Samantha Scaffidi’s short drama The Things We Left Unsaid is a great example of a work that fully utilises the formal components of filmmaking to tell its story. It begins with a writer sitting down at her desk and preparing to tell her story. The film then enters her mind and transitions to a series of monologues, each told by a different character representing a different facet of the writer’s life. Scaffidi shoots these monologues through a tight intimacy, locking the camera off to capture the sensitive performances on display. It’s truly an emotionally raw work that DN is proud to premiere on our pages today in conjunction with a chat with Scaffidi on the film’s organic evolution, the decision to keep her tight camerawork focused in on her performers’ vulnerability, and the collective of New York-based artists she worked with to manifest it into existence.

What struck me first upon watching The Things We Left Unsaid is how intimate it is but also how uniquely it’s told from a formal perspective. What was the genesis of the film?

Over the course of my life, I wrote letters to individuals that I never sent. Contained in these materials were thoughts, feelings, and unexpressed desires. I often wondered if others had done the same. What I discovered was that such letters are common and their intention is often purely therapeutic; they live in the desk drawers and hard drives of countless individuals, all over the world. Upon this realization, The Things We Left Unsaid began to formulate in my mind and I would wait for the time to come to actualize this idea. I began collecting my letters.

How did you translate these letters into a fully-fledged film?

During the pandemic I received a call from my good friend Geoffrey Taylor, the cinematographer on this film. He wanted to dive into something creatively fulfilling and we both agreed that whatever we made didn’t necessarily have to be put out into the world but that it was for our growth as artists.

I wanted to narrow my focus on purely story and emotion, giving myself the task of having little distraction.

Around that time I developed a strong desire to go back to the basics; primarily working with actors. I wanted to narrow my focus on purely story and emotion, giving myself the task of having little distraction. I believe some of the most powerful work can come from simplicity. This is when I revisited The Things We Left Unsaid. The approach was to take my unsent letters and treat them as monologues where actors would perform as if they were speaking to someone else in the room, only to reveal that they were in fact alone. Some were purely dramatic while others were comedic. Structurally it was to be a collection of separate films.

At what point in the production did you and Geoff decide on shooting your actors in such a close and intimate manner? Also, what camera and lenses did you use? It looks incredible.

Shot on an Alexa mini with Leica R lenses rehoused. 80mm and 28mm. Geoff and I discussed a simple plan. We would keep the camera locked off. The only movement was to keep an actor in frame. Our focus would stay on our performer.

Given that minimal nature of each scene, how did production form? Did you shoot each monologue in quick succession or was it more methodical in its development?

I live in upstate New York where there is a rich community of artists. They aren’t all necessarily actors but at their core they have a desire to explore. We teamed up with our friend Ella Loudon, an actress and producer on the film, who without this project would have not been possible. With Geoffrey’s access to camera and lighting, and Ella and I’s collective access to talent and locations, we began production. Because Geoff is located in New York City we would shoot one or two monologues at a time, take a break, and wait till we are all available again. Due to our work schedules we spread the shoot over six months. 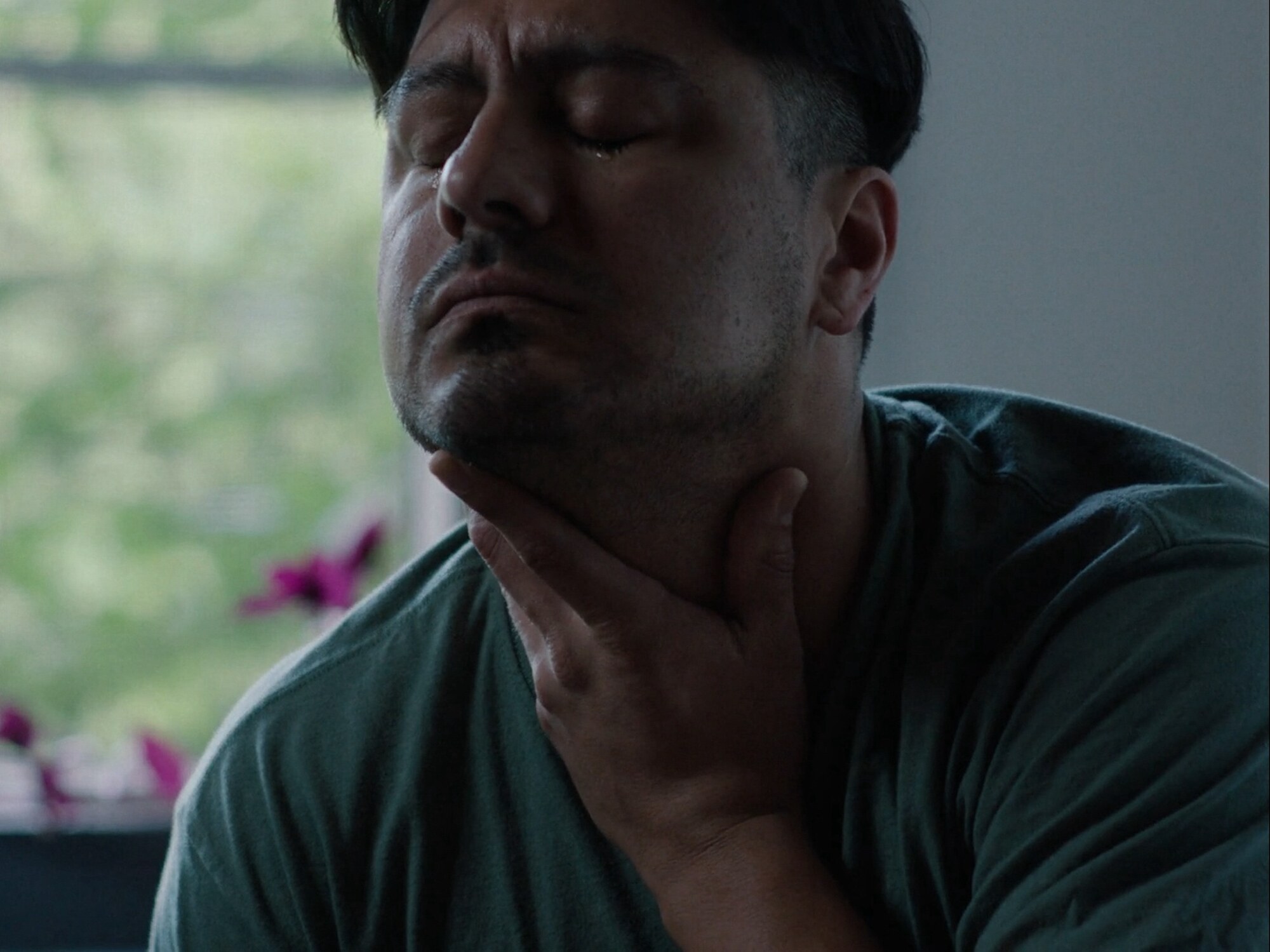 How much did the edit alter the structure of the film, if at all?

In the edit there was a collective of six hours of footage. I decided to edit myself for creative purposes as well as budget constraints. As all edits go, I found a mixture of things that worked and didn’t work. It didn’t encapsulate what I was originally hoped to say and so I rethought its form. That is when I started intuitively experimenting by piecing together the monologues. This is where it found its current form which can be best explained in this brief synopsis.

The only movement was to keep an actor in frame. Our focus would stay on our performer.

“A writer sits; she touches pen to paper as we enter her mind and meet a young woman fearing love; a daughter seeking peace with her father; a guy facing the loss of a dear friend; an older woman finding herself in an unwilling affair, and the writer herself, remembering the silence of her childhood – all five characters fighting for freedom from grief, for release and relief. A willful purging of the things we left unsaid.”

Did changing that structure affect the meaning of the film, for yourself, in any way?

There is a sense in the world today that it is our differences which define us. Through sharing the most private, unedited thoughts I hope audiences will walk away thinking that we have more similarities than differences.

Your actors give such raw performances, how did you find getting them to that place as a director?

On this specific shoot, I wanted to create a safe and intimate environment for the actors. For most shoot days it was solely Geoff and me, and on other days Ella would join. Never more than three in the room — ensuring that the actor could in fact lose themselves with minimal distraction. Depending on the day, I or Ella would directly engage with them to pull out the performances. My focus was for the actor to access the heart of the material and then make it their own by accessing real memories or their imagination. I tend to lean towards the latter but always support the actor in their chosen method. It is a sensitive and physical process usually leaving us all exhausted but enriched by the end.

Does your work as an actor inform your approach to directing?

My work with actors is informed by my own experience as one, which is why I am very protective of the actor and their work. I do this by ensuring that the actors feel safe. Effective communication is imperative. As well as exercising consent — specifically when exploring emotionally sensitive and complex material by any means necessary [within reason]. By any means necessary usually entails pushing them into emotional states by acting with them or leading them through visualizations. All of which can be very sensitive depending on the actor and the subject matter. It is important to exercise thoughtful control and care.

What’s next for you work-wise?

Currently, I have three films slated to film before October. I am also developing my first feature film that is targeted for pre-production in 2023.