A lavish, indulgent getaway doesn’t quite reach the giddy heights of pleasure it should for all those involved in Are You OK, the latest short from Mattis Ohana Goksøyr. The Norwegian director has become a regular on the pages of DN having previously joined us with ruminative exploration of sexual boundaries and consent Good Luck and his examination of ingrained cultural prejudice in Safiyyah. Are You OK is an experimental short traversing the often tempestuous topics of sex, jealousy and relationships. We enter into an opulent scene of uninhibited sexual freedom and discovery where two couples on a seemingly idyllic break are very much enjoying each other’s company until a powerful orgasm unbalances the whole affair. Goksøyr has created a world where everything is not quite as it seems, as our protagonist is suddenly acutely aware of her frustrations both sexually and in herself, and develops a new hyperawareness of her surroundings where double-entendres reign and everything is ostensibly highly sexual. Are You OK immerses its audience in a series of frenzied images, all serenely caught on 16mm, which vividly come to life for both our protagonist, who feels everything is such detail, alongside those viewing the reverie. Ahead of the film’s premiere on DN, we caught up with Goksøyr to speak about his desire for audiences to experience the film’s humour, why he decided to focus on the visual and audiovisual aspects of the narrative rather than dialogue and snapping his character’s orgasm obsessed mind back to reality.

Your work often draws audiences to actively question the scenarios they’re viewing, where did this particular idea come from?

It is easy to forget in an eternal rush for self-realization and maximization of life, how good we have it, even under Covid isolation. When the protagonist experiences another woman’s intense orgasm, she forgets to live in the now. As she is trapped in a chase after her own elevated orgasm, a long weekend at the summer cottage is experienced as a few short minutes. And what else might she miss in life?

My previous short films have all been dialogue-driven dramas, and with this film I wanted to focus on the visual and the audiovisual aspects rather than dialogue. I started to write what was supposed to be a voice-over film, but the voice disappeared in the edit when we saw that picture and sound design told what we wanted and at the same time left more up to the audience’s interpretation.

The pictures are sexually charged, and the theme can be seen as banal for many, but I hope people see the humor in the film. I want the audience to reflect on their own sexual desires, maybe feel an ounce of guilt for even wanting it, at the same time as they know that they do crave it. 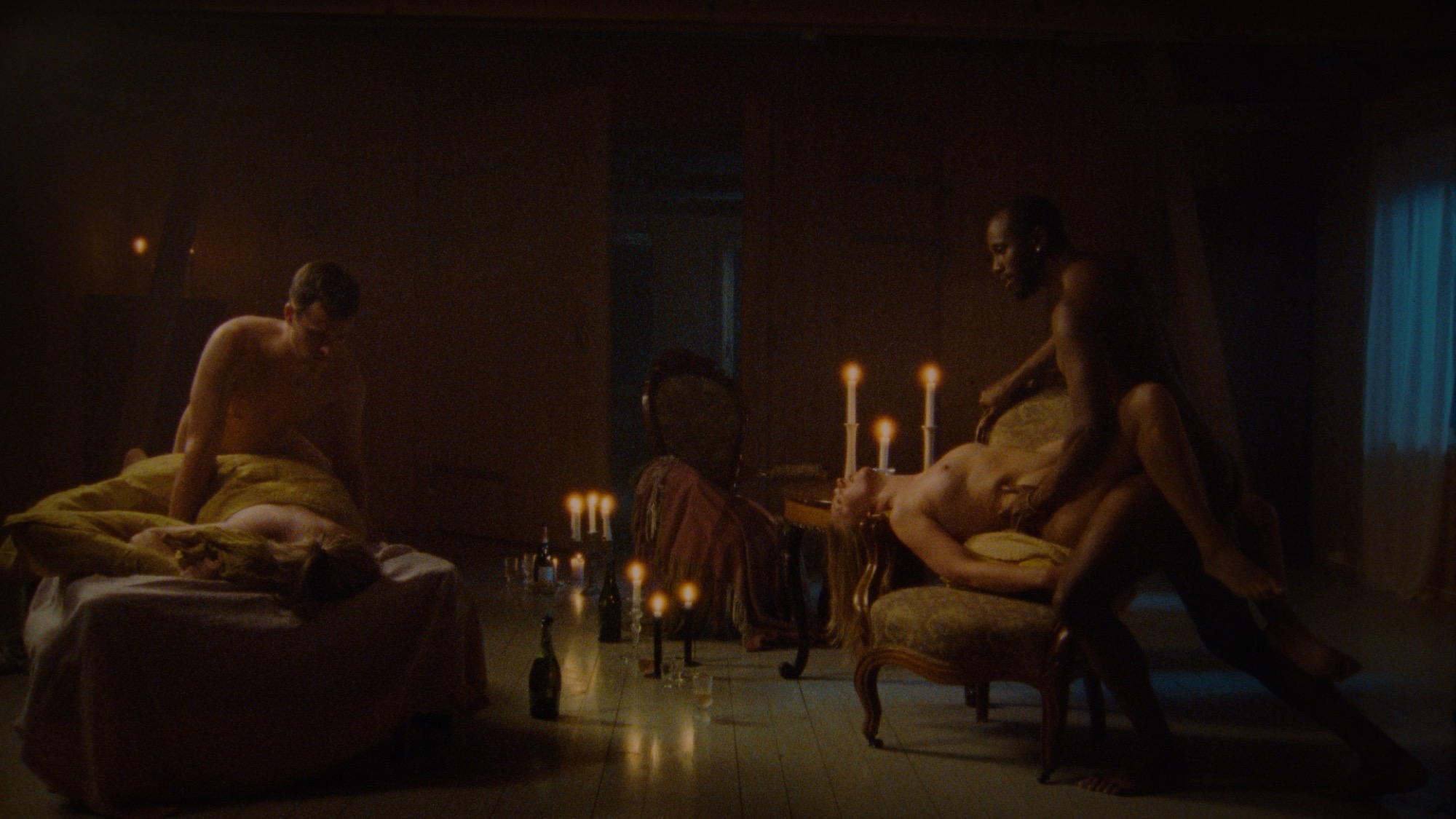 How did you approach the staging of the more intimate scenes?

For me it is quite straightforward. We had to respect each other, and everybody was clear about what we were making, both in terms of a shot list and a script that honestly portrayed what we were shooting. I had conversations with everyone in preproduction where we talked about where their intimate boundaries were. For the more intimate scenes we cleared the room and had only essential crew present. I feel we managed to portray a very intense sex scene without showing too much nudity.

With this film I wanted to focus on the visual and the audiovisual aspects rather than dialogue.

The hyperawareness of sounds and everything turning sexual is such a pleasure to watch – how did you decide on the sounds and weave them in?

When we decided to remove the voice that was intended in the script, we got more space for sound design. I decided early on that the film should be almost without
music, but rather build up a melodic rhythm in sound design. Sound Designer Andreas Waag Martinsen was a pleasure to work with and I really appreciate his creativity in the studio. We tested highlighting many different sounds with the aim of making it as sensual as possible. Some sounds are more obvious, like when the protagonist brushes her teeth or the squirt sound from the sun lotion, while others we had to experiment with.

We tested highlighting many different sounds with the aim of making it as sensual as possible.

How did you decide on your cast and did you have a specific approach to directing the dialogue-free scenes in order to get what you wanted?

I wrote the script with the cast in mind. Three of them are close friends. Working with actors on a project without dialogue is quite interesting but is at the same time very similar to working on a music video. 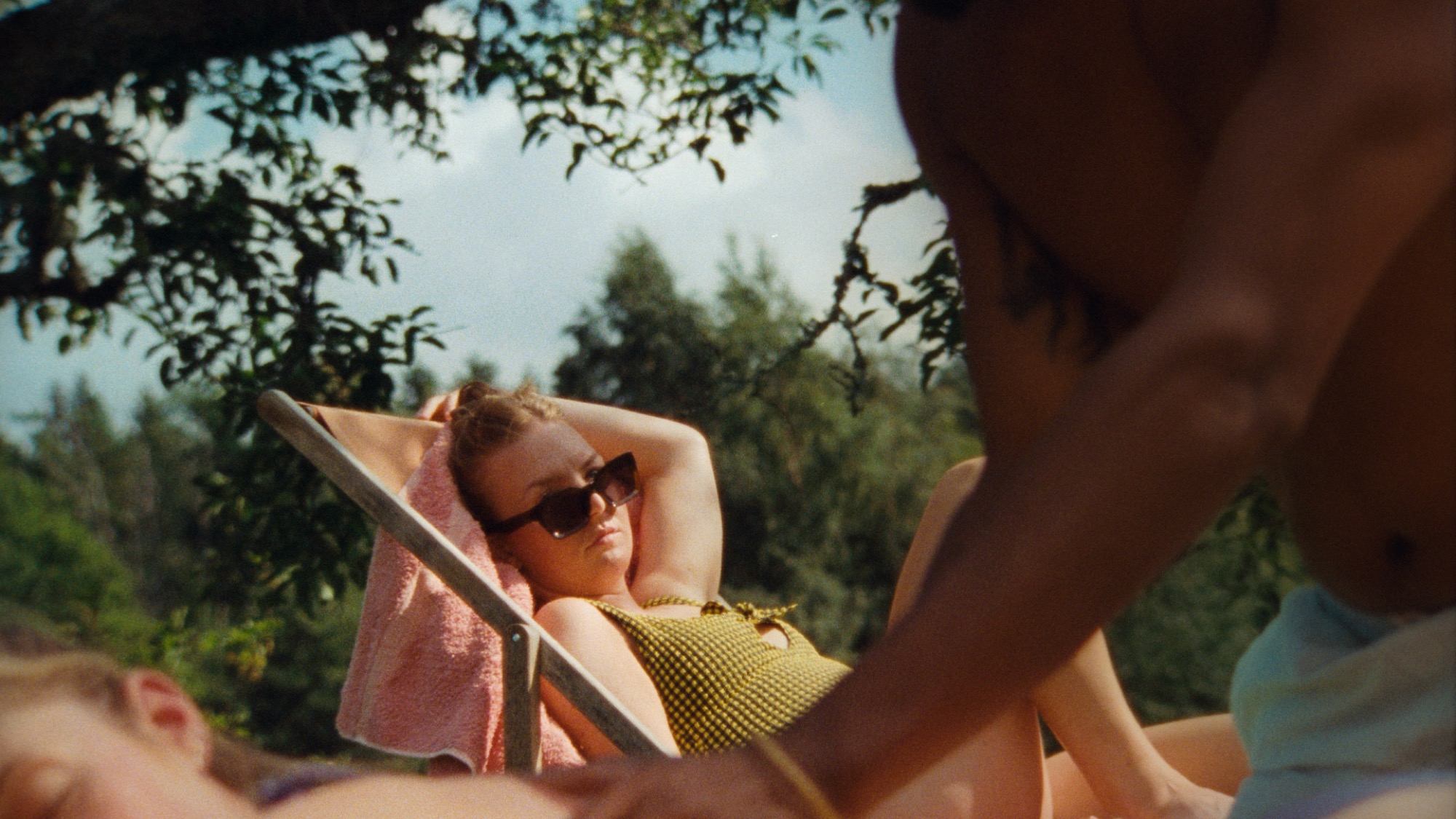 Why did you decide to then start the dialogue towards the back half of the film?

I always wanted the protagonist to snap back to reality. Time and space shifts after her experiencing another woman’s orgasm and the rest of the weekend at the summer place are all
about her fascination with that other woman. There is a lot of humour in this film, and I wanted to underline that with this ‘back to reality’ moment where we see four young privileged adults enjoying themselves on a summer afternoon.

If people leave the cinema and for a fraction of a second wonder if they themselves will ever experience such an orgasm before they die, then I am happy.

What would you like audiences to take away from Are You OK?

I hope that the audience will reflect upon the film and their own sexual desires. I won’t say too much about what to expect, because I think individual interpretation is very important. 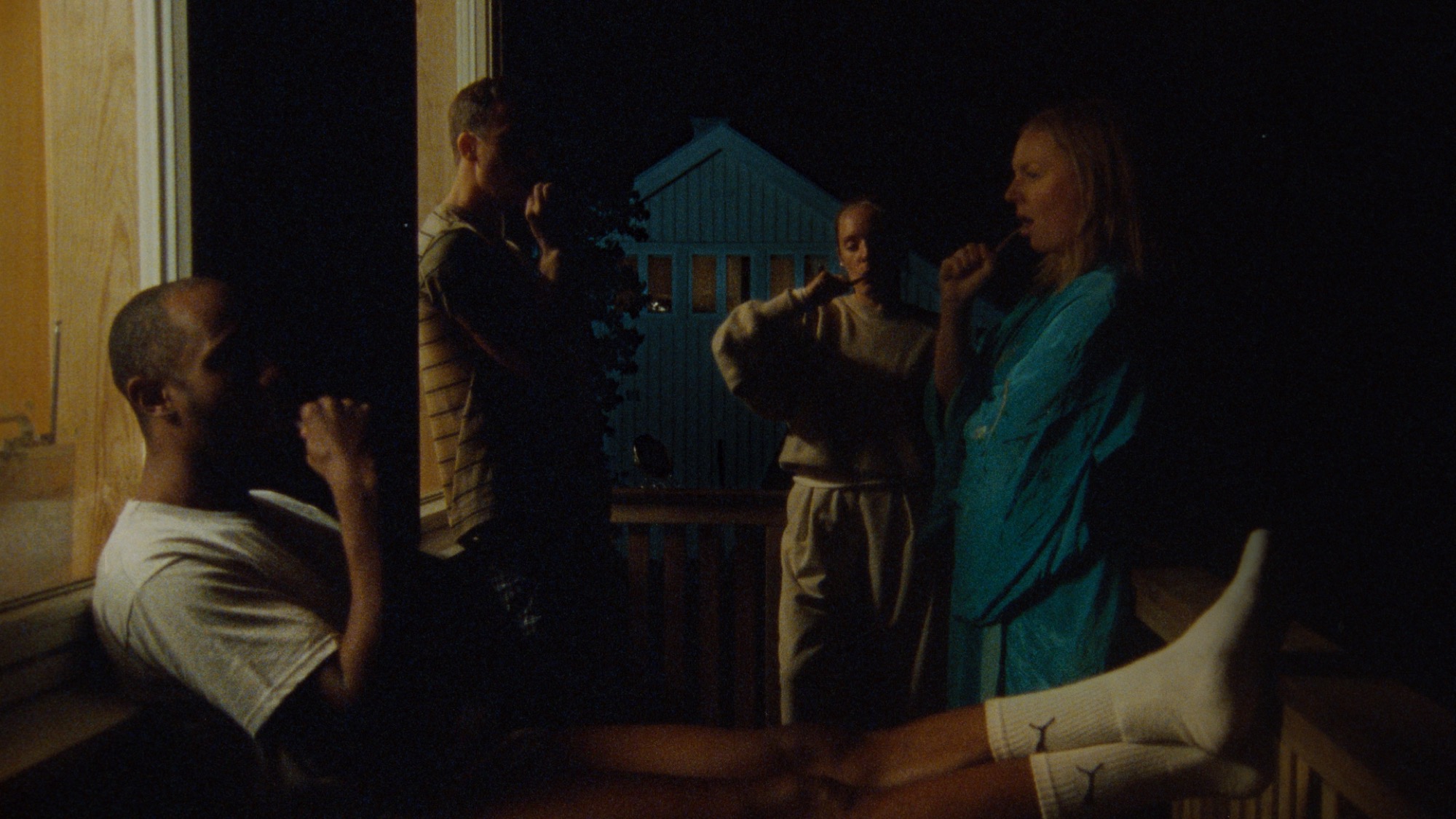 What other projects do you have on the go?

I just finished a mini-documentary series on the behalf of a client. This has taken a lot of my time, but January next year will be spent working on a TV series script. It is still in a quite early phase, but I do hope it will be a project that will be released at some point.