Director Ewa Smyk’s beautiful hand-drawn NFTS graduation animation Homebird tells the story of a young artist who has moved into the tense arena of the big city and, in turn, finds herself wistfully thinking back to memories of her home village. Smyk captures that nostalgic sense of longing through her hand-painted animation style, with each frame shifting and evolving like a fleeting memory. To achieve this impressive feat of design Smyk hand-painted each frame of movement and background assets onto acetate sheets using a combination of marker pens and acrylic gouache, a process you can learn more about through our elucidating interview with the animator below. DN caught up with Smyk as Homebird continues to tour the film festival circuit worldwide to discuss everything from the personal nostalgia embedded in the film to the incorporation of 3D modelling to speed up production.

Homebird is such a tender portrayal of those longing feelings of missing home. What attracted you to explore those themes in an animated project?

Homebird, being somewhat of a personal story, was inspired by the feeling of homesickness that was at its peak during the last year of my MA studies. At that time I was away from home for over five years and wasn’t able to visit for more than a week or so a year. The feeling of longing for home was so strong and just kept on resurfacing over and over again in every idea I was having, that it eventually became clear that it had to be the core of whatever film I would make.

And how did you translate those emotions into the beginnings of a film?

The narrative development of Homebird started with a completely open brief, a blank page, and the paralysis that often comes with it. Being my graduation film, I was feeling a lot of pressure that this film would determine the outcome of my life to some degree, certainly the next years of my life and career progression. I was wrestling with a lot of notions of what type of film I ‘should’ be aiming to make in order to stake my career on: artistically adventurous, innovative in form, something to wow seasoned or critical audiences, and narratively addressing the big issues of our time, or even being timeless, addressing the human condition in some unique way.

The feeling of longing for home was so strong, and just kept on resurfacing over and over again in every idea I was having.

I often start with images, doing sketches and concepts, as well as more narrative ideas, and went through quite a fraught process of trying to bend any idea I had, to navigate all these different pressures I put on myself about criteria that needed to be met. After a while a moment of breakthrough occurred when I noticed a little scribbled drawing and a note I had made to myself during this process “why can’t I stop drawing silly old village people?”.

Ha! What was it about that note that got the ball rolling?

Co-Writer Ralph Mathers, Producer Leah Jones and I were working on the ideas to pitch for our graduation film when I saw this scribble in my sketchbook. We all found it so stimulating that we just started sharing, reminiscing about our homes and telling each other anecdotes and stories about them. What connected us and our stories was the nostalgia for what passed – the rosy tint of the memories of the places that were the most carefree, joyous times of our lives were set in.

During these meetings, whenever I was describing this little village in Eastern Poland, where my father is from, its colours were saturated, in my memory it was idyllic, beautiful, and smelling of fresh bread and butter. However, I also remembered the feeling of how each time I would come back to visit, I would again be surprised about how small it’d feel, and how much I’d outgrown it. Even though I don’t feel like I belong there anymore, this small village still serves an incredibly important purpose in my life, it is a symbol of my past and my upbringing, and of what I am as a human, and as an artist. This sentiment, and the juxtaposition of endless vs too small, felt like such interesting angles to explore, that they became the main inspirations and themes within Homebird’s narrative.

It felt like my life at that time was mirroring our character’s journey, and I found it hard to distance myself from the story.

So much of the narrative of Homebird is told visually. Was it a challenge to keep that confidence in your work and not feel like you had to explain everything to the audience?

The other key theme in Homebird is of an artist searching for their voice, and falling into pitfalls of self-doubt along the way, which I’m so familiar with! During the process of making Homebird, sometimes the pressure of having the whole team of people trust in your ideas and your direction was a little overwhelming. It felt like my life at that time was mirroring our character’s journey, and I found it hard to distance myself from the story. I understood so well what she was going through, and how complex those feelings were, that I was constantly tempted to keep adding subtext and meaning – and found it a challenge to keep it streamlined to a ten minute long film!

Constantly being exposed to amazing visual storytelling, it’s so hard to remember that there is a place for every voice in this industry and that if you just stay true to yourself, and stay hopeful, your art will find its audience. Coming to this realisation really helped me to focus the narrative down to the core themes, with a more direct focus on clear storytelling that could explore things very specific and personal to me, that would hopefully resonate with a wider audience. 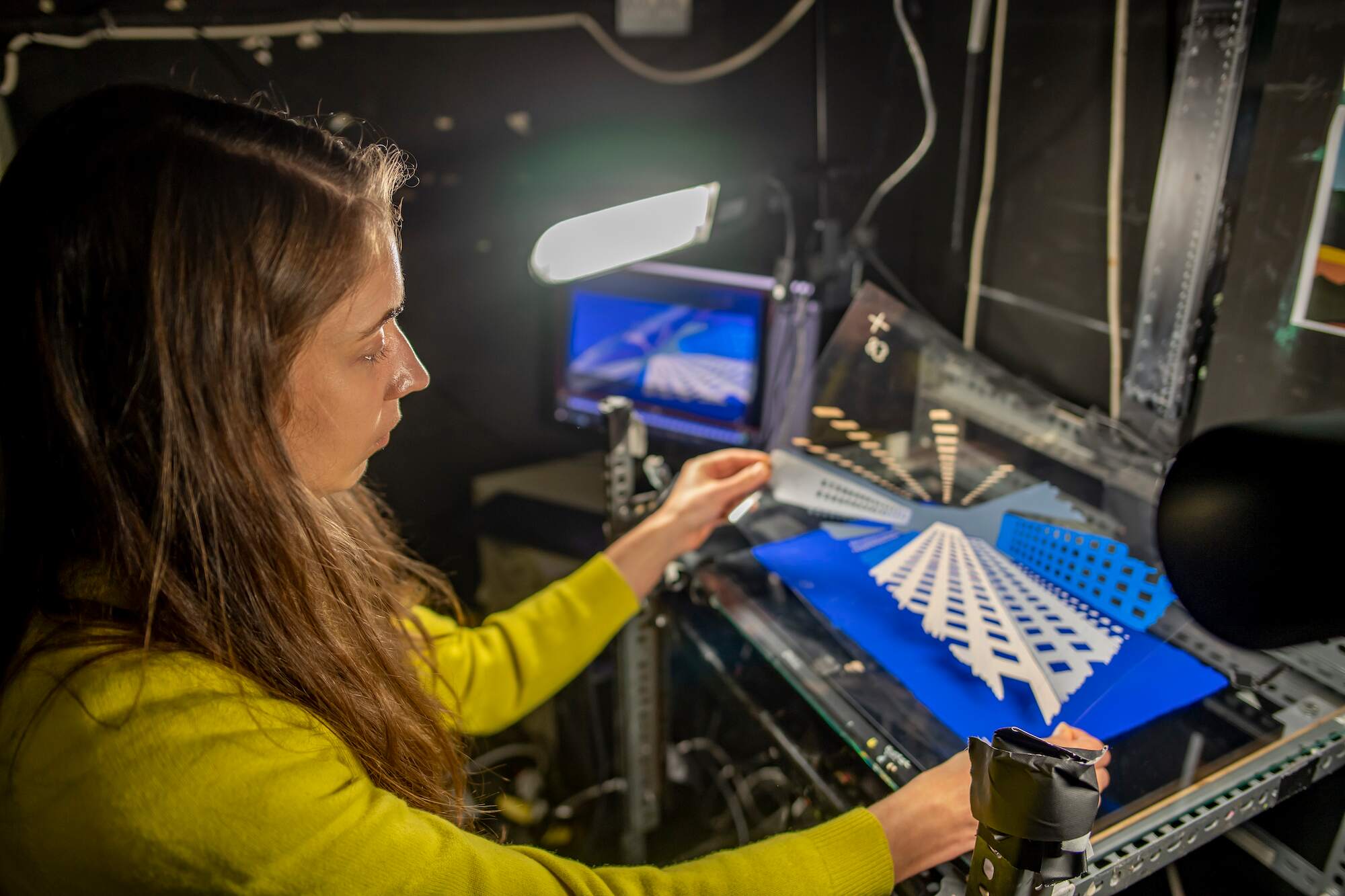 Could you walk us through how you created the film from a technological and practical standpoint?

Homebird was created in hand-drawn 2D animation combined with 3D-modelled or hand-drawn backgrounds. The final textural, analogue look was achieved by hand-painting each frame of movement and background assets on acetate sheets using marker pens and acrylic gouaches, the most laborious technique I’d ever worked with, and definitely not the wisest choice for a graduation film of this duration!

Did incorporating those 3D elements allow you to speed that aspect of production up to balance everything out?

Including 3D in the process not only helped speed up some parts of the production but allowed us to present the city locations in a more realistic, grounded way, in contrast to the more ‘illustrated’, loosely painted village landscapes. It was also a super enjoyable process, involving a bunch of fantastic filmmakers: Production Designer Iasonas Houssein, CG Artist Valerie George and Cinematographer Pep Bosch i Calvo, who perhaps are a little more used to working in live-action or 3D, and this way we could really use their top-notch skills in a 2D project.

Including 3D in the process not only helped speed up some parts of the production but allowed us to present the city locations in a more realistic, grounded way.

How long did it take to paint, shoot and composite everything?

When it comes to painting, shooting and compositing, this part of the production took very, very long, much longer than I initially anticipated! Even though we had a bunch of amazing, talented painters on board, we didn’t make it in time for the graduation showcase, so I had to continue on by myself with a great deal of painting and compositing, which actually helped me get through a couple of 2020 lockdowns! Luckily, Homebird was truly blessed with the most dedicated crew, including a great Editor Amy Pettipher and Colourist Marco Valerio Caminiti, who, even though at that time, a year after graduation, had moved on with their lives and careers, still managed to find time and enthusiasm for the film to get it to completion.

Second to last question, I wanted to ask about the sound design and score, which are always such an important part of any animation but often get overlooked. Who did you work with and what conversations were you having when curating that part of post-production?

When it comes to the sound and score, I was super fortunate to be working with Sound Designer Tatiana Sanches and Composer Natalia Tsupryk. Perhaps the most challenging brief for Tatiana was to find the right sounds for Chicken, and I think she did a great job and managed to utilise the humour it brings to the film and still capture personality. But really, Homebird would not be the same film if it wasn’t for the soundtrack from Natalia who composed such moving tracks, and even managed to include some original vocals from a local folk choir in Dobrowoda (which has a population of 226!), the Eastern-Polish village that inspired Homebird, into her score.

What can you tell us about what you’re working on now?